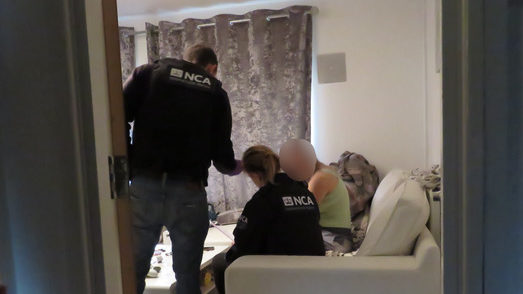 The alleged ringleader of a people trafficking network has been arrested in Bristol as part of a major investigation by the National Crime Agency (NCA).

The Slovakian man, 43, and a woman, 33, from Poland, were detained on suspicion of modern slavery offences, money laundering and fraud by officers in Fishponds and Lockleaze on Tuesday, October 8. They are now being questioned.

The NCA branch commander has described the arrests as a major step in a long and complex two-year investigation into the trafficking of Slovakian nationals into the UK for labour exploitation. 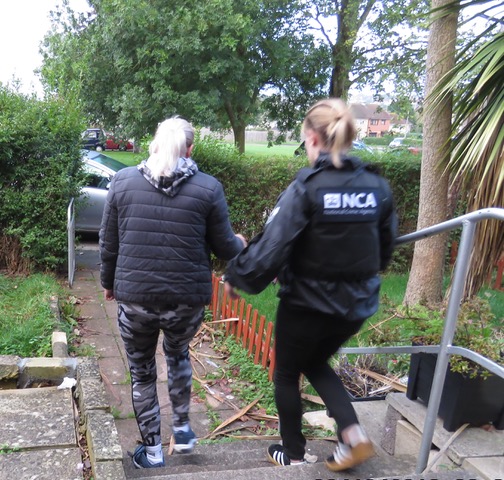 A man and a woman were arrested on Tuesday

The pair are suspected of exploiting dozens of predominantly Slovak migrants, who would be transported to the UK and then put to work in labouring jobs or car washes.

The victims would often have their promised wages withheld, bank accounts controlled by their captors and be threatened with violence.

The investigation has also been supported in the UK by Avon & Somerset Police and overseas by the Slovakian Police, who played a key role by tracing and locating previous victims who had returned home.

NCA branch commander Ian Glover said: “This is a major step in what has been a long and complex investigation.

“Throughout we have heard distressing allegations of the exploitation, abuse and humiliation of victims for financial profit. Those victims have now been safeguarded and are being supported.” 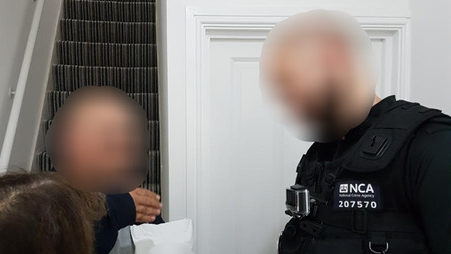 Officers heard distressing allegations of the exploitation, abuse and humiliation of victims for financial profit

Glover added: “Tackling modern slavery and human trafficking is one of our highest priorities, and we are determined to work with our law enforcement partners to pursue offenders and protect victims.

“But we still need the public to help, be our eyes and ears and alert us to activity in their communities that may be concerning them.

“If you have suspicions about activity that may be linked to exploitation please call the Modern Slavery Helpline on 08000 121 700, or the police on 101.”