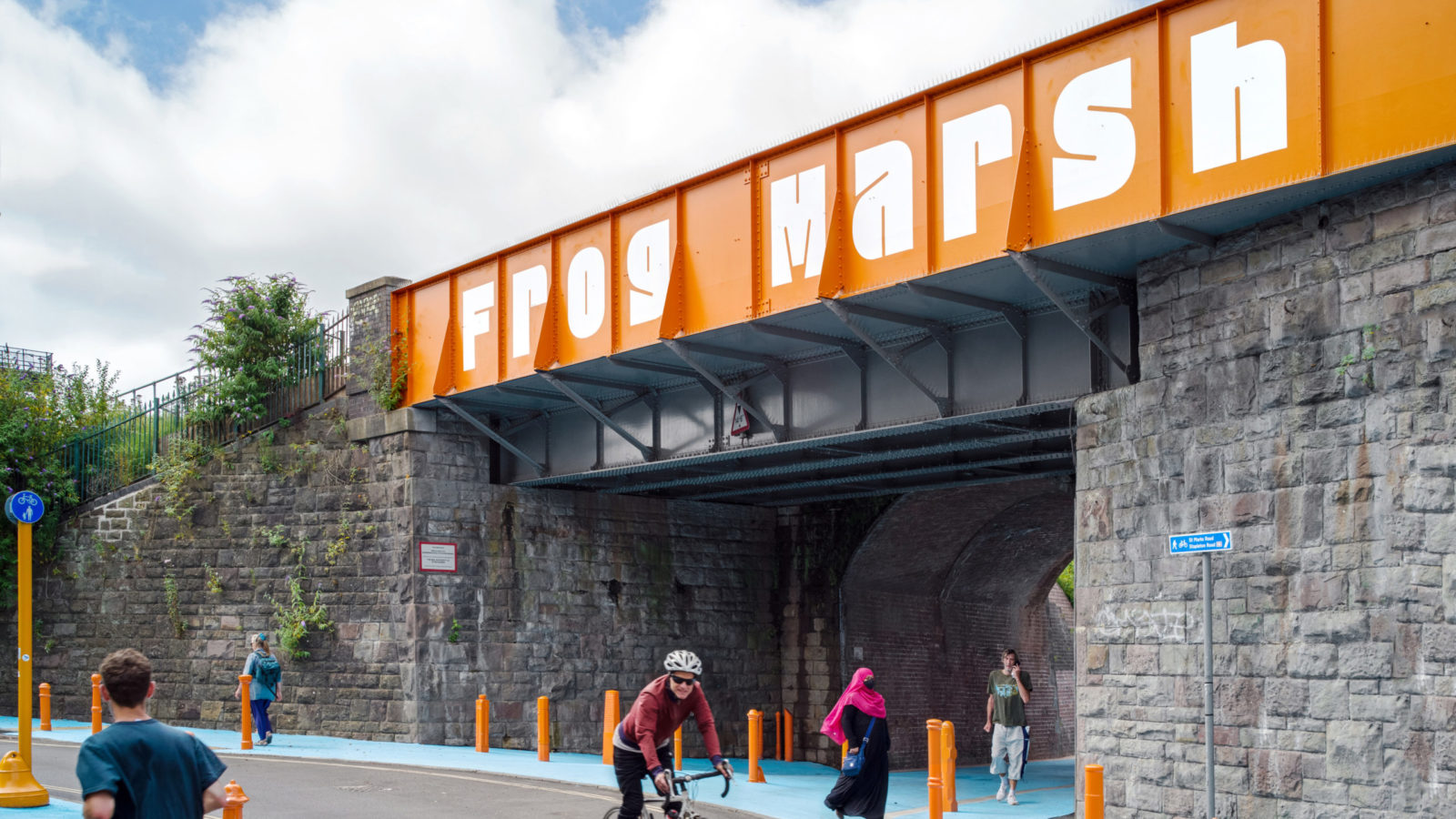 Nestled underneath under an Easton railway bridge is a new space for the community has been created.

Frog Marsh, located at the junction of All Hallows Road and Albion Road, is a new space for the local area.

A collaboration between designer Bahbak Hashemi-Nezhad, students from Bannerman Road Community Academy and the Friends of Bannerman, the transformation of Frog Marsh began after the stretch of road, which stretches across the front of the school, was closed to vehicles.

The Friends of Bannerman, a local group set up in 2017 to bring parents and teachers at the school together, approached Hashemi-Nezhad to rethink the area.

The designer worked with students to design the space, saying: “I was actively encouraging the students to reimagine the area both as an extension of the classroom as well as a public space for playing and gatherings.”

As well as gathering the children’s ideas, a series of events with local residents, including a street party and temporary pizza restaurant, were held to include everyone in the design process. 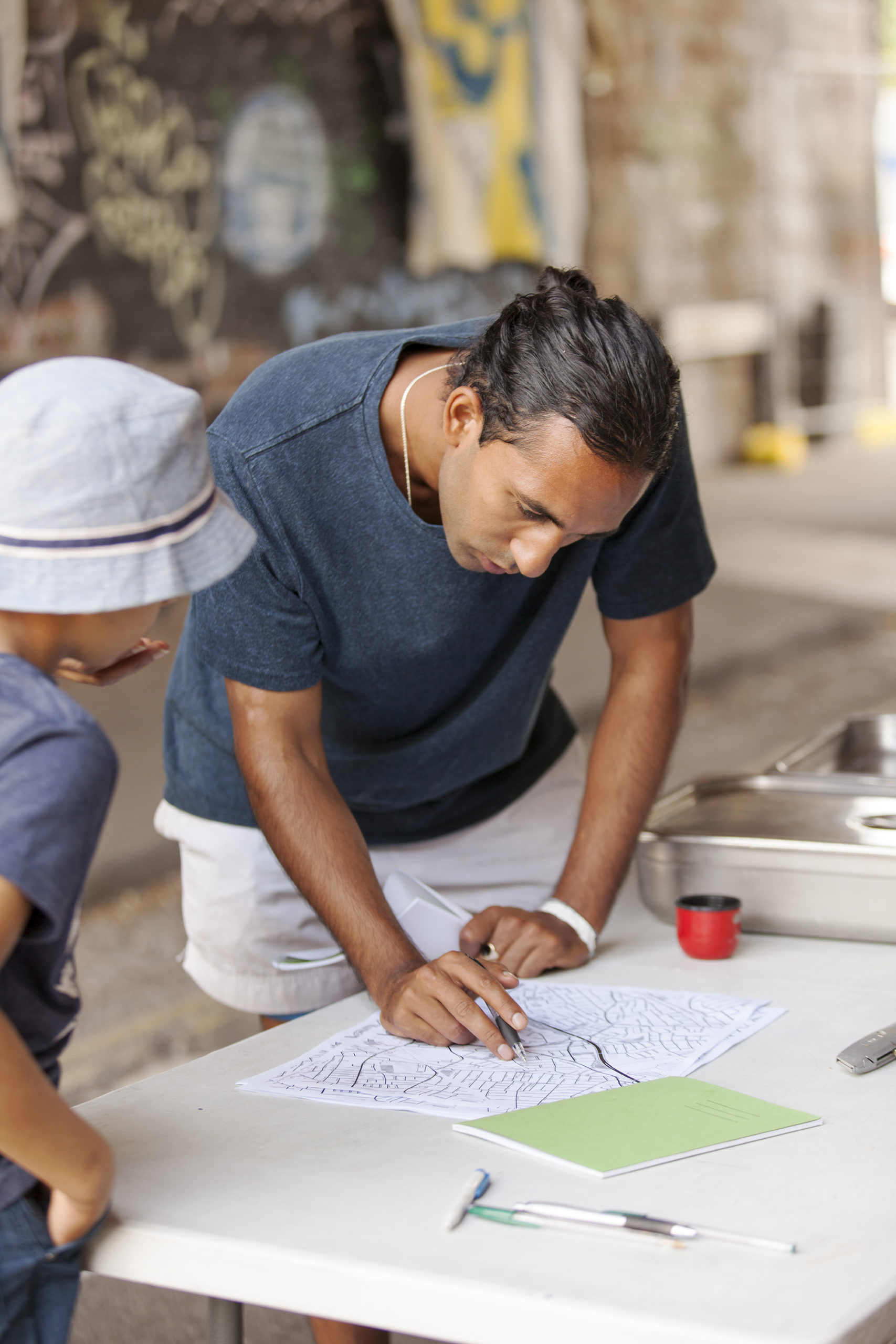 The ideas became a public stage, a “museum” of 30 different orange bollards, outdoor furniture, an area where pedestrians are prioritised and a series of illustrations by artist Peter Judson.

Part of the road is now open to vehicles, but a raised table slows traffic and there is reduced parking outside the school.

“Frog Marsh is an exercise in imagining an experimental permanent public space that addresses road safety, encourages social cohesion in the community, and promotes new imaginative ways for the use of space outdoors,” says Eszter Steierhoffer, who is the senior curator of the Design Museum.

“This is something that has become more important than ever during times of the pandemic, particularly for urban residential areas with little access to recreational space.” 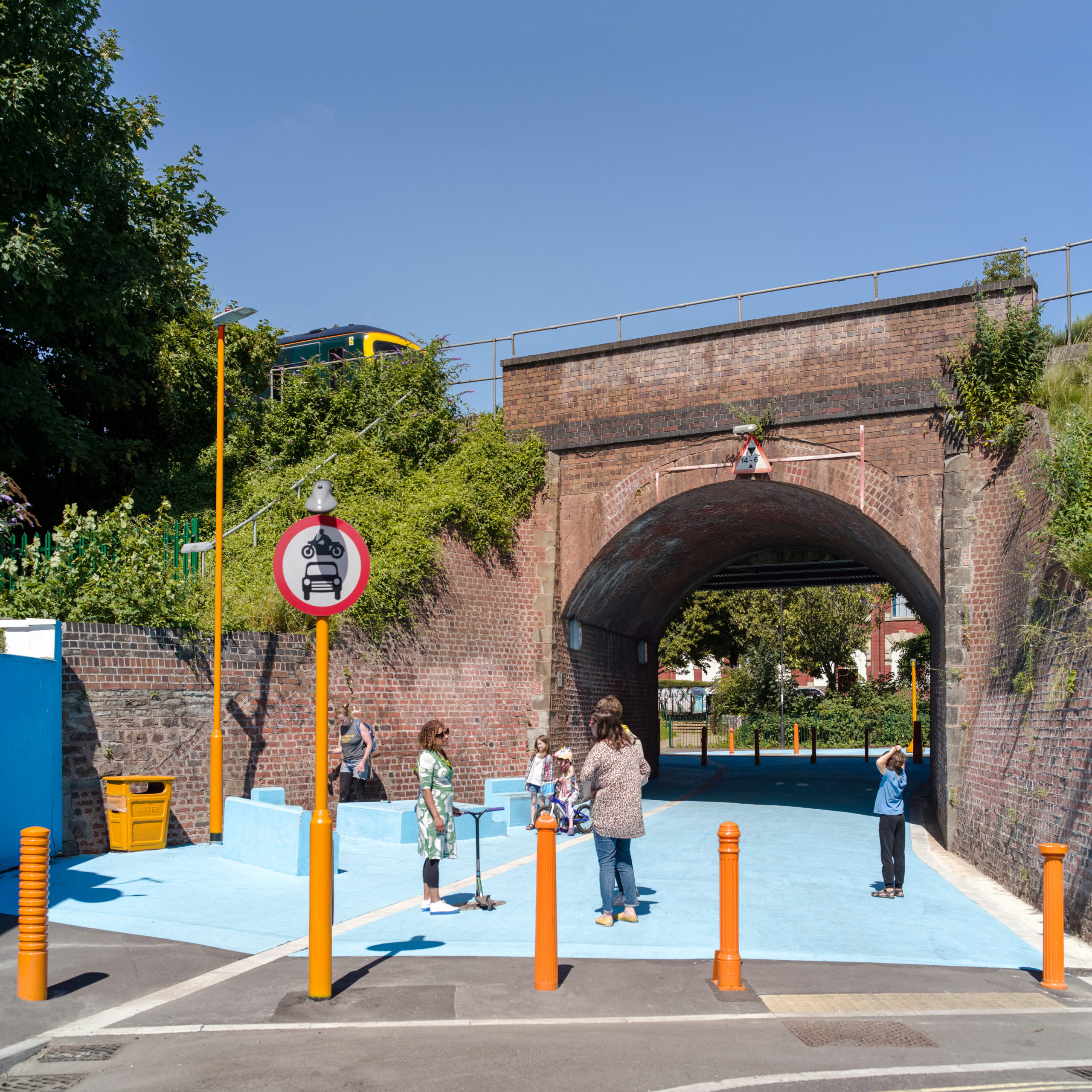 The area, which includes a bollard museum, is now an area for the community. Photo: Bahbak Hashemi-Nezhad

Residents and students named the new area Frog Marsh – the historical name for this area of Easton.

Studio Ard were commissioned to design a bespoke Frog Marsh typeface that stretches along the bridge and events are planned in spring to celebrate the new space.