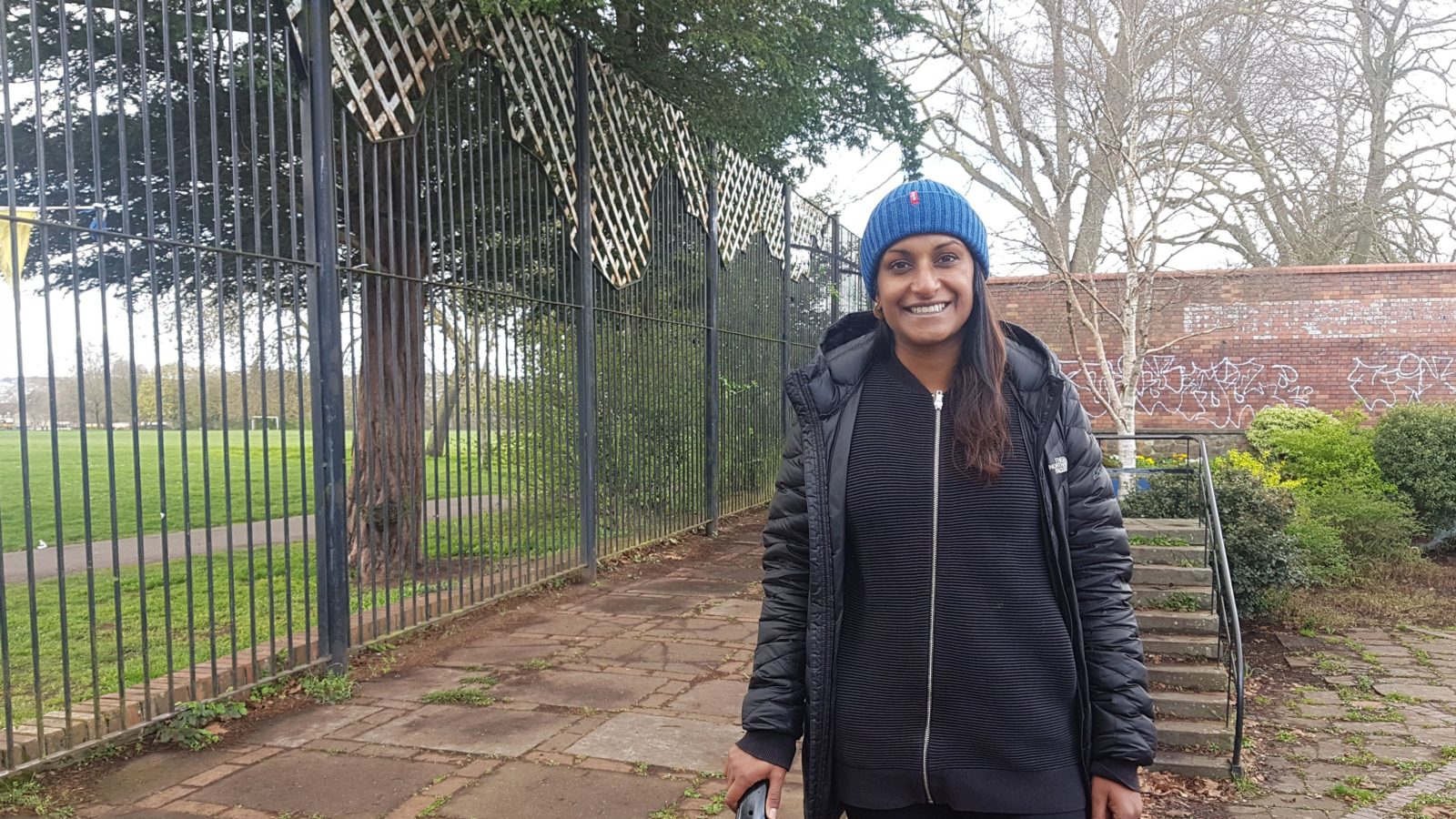 Tree branches cast shadows over the graffiti-flecked brickwork of the lido, a long-neglected relic from Victorian times in a far corner of Eastville Park.

Despite decades of dereliction, the historic site partially hidden behind ornate metal gates retains a romantic charm – and architect Shankari (Shanks) Raj believes it could act as a catalyst to bring the wider community together.

It was in 2019 that the Eastville resident first unveiled her vision to breathe new life into the disused former swimming pool. At the time, she didn’t know what shape those plans would take but set out, with the help of students at Cardiff University, to gather ideas from people.

With the will of the community behind them, an ambitious plan to restore the lido to its former glory – creating a ‘no frills’ open-air, cold water pool with facilities, including a gym, garden and café – started to gain ground.

Shanks believes the urgent need for better facilities, combined with the recent revival and health benefits of cold water swimming, make this the perfect time to bring the vision to life.

“The city of Bristol has a rising population which requires more facilities and resources to meet this growing need,” she tells Bristol24/7.

“Being aware of these needs and the positive attributes to swimming outside is what has driven me to look further into the opportunity to bring back Eastville Park Lido, which has lay dormant for over 100 years.

“The area of Eastville also lacks a hub for the community to gather. Eastville Park is a draw to so many as it is the gateway out into the countryside from the north east side of Bristol, but unfortunately, it has not been considered strategically in terms of facilities for users of the park. It has no toilets, cafe, cycle paths or hireable event space.

“The development of the pool is a real opportunity to think about providing better services in the park so people can spend more time in nature and have shared uncontested space for people of all walks of life to enjoy.” 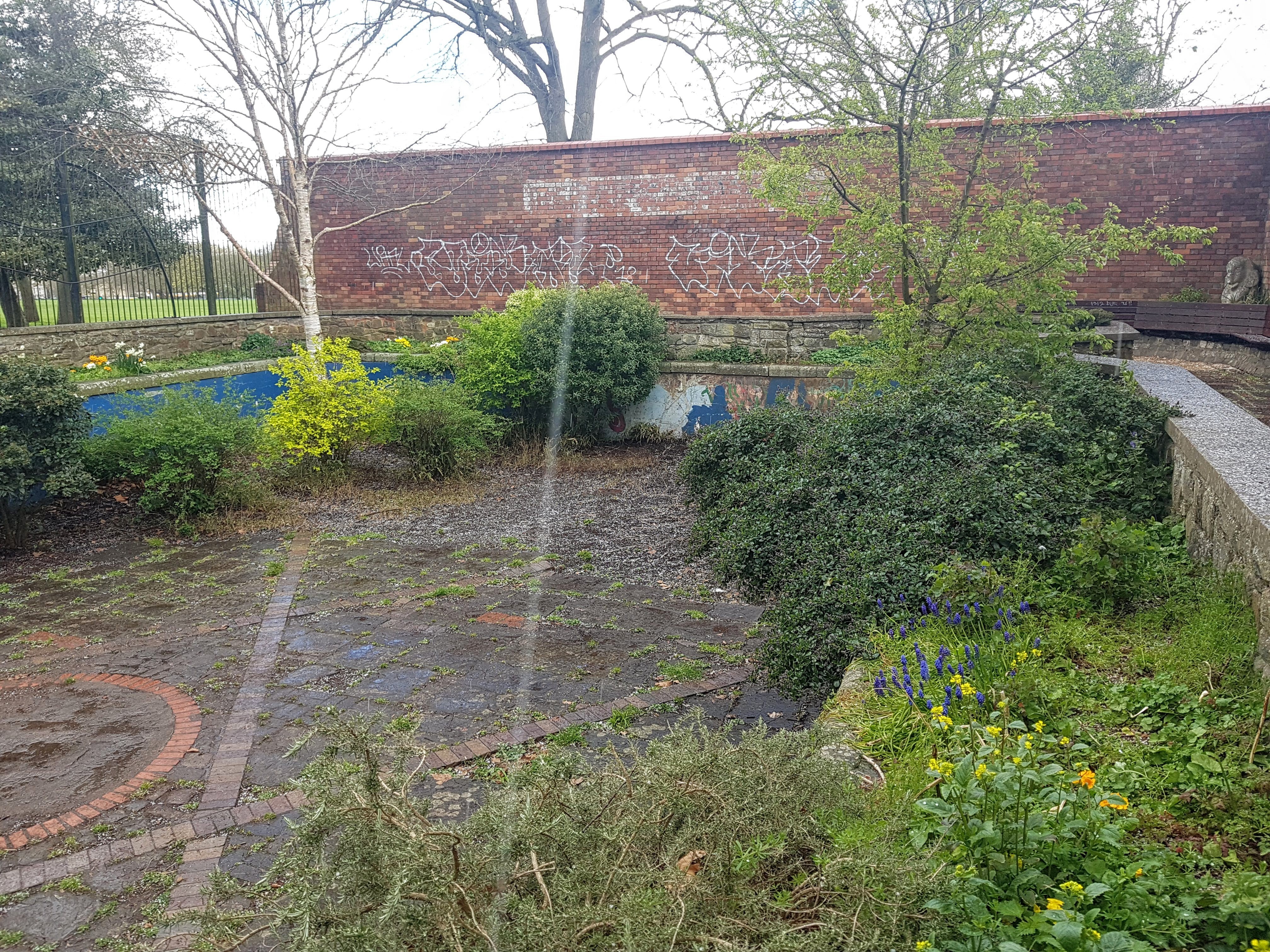 Eastville Lido has been derelict for decades. Photo by Ellie Pipe

Built in 1905, the Victorian lido fell out of widespread use during World War One and was damaged by shrapnel in World War Two.

The space was briefly revived as a community garden in the 1980s and Bristol’s Insane Root Theatre Company staged a performance of Shakespeare’s Romeo and Juliet there in the summer of 2017. But a spate of vandalism prompted the council to lock the gates the same year.

Fast forward to late January 2020 and residents pile into the upstairs room of the Greenbank pub in Easton to hear the details of plans for the derelict corner of Eastville Park.

A miniature scale model offers people a glimpse of what the site could become. The plan is to extend the existing pool to 25 metres, restore much of the Victorian brickwork, install lockers, changing areas and a café, which could provide a central hub between the lido and existing children’s play park nearby. Other ideas include incorporating a sensory garden and gym. 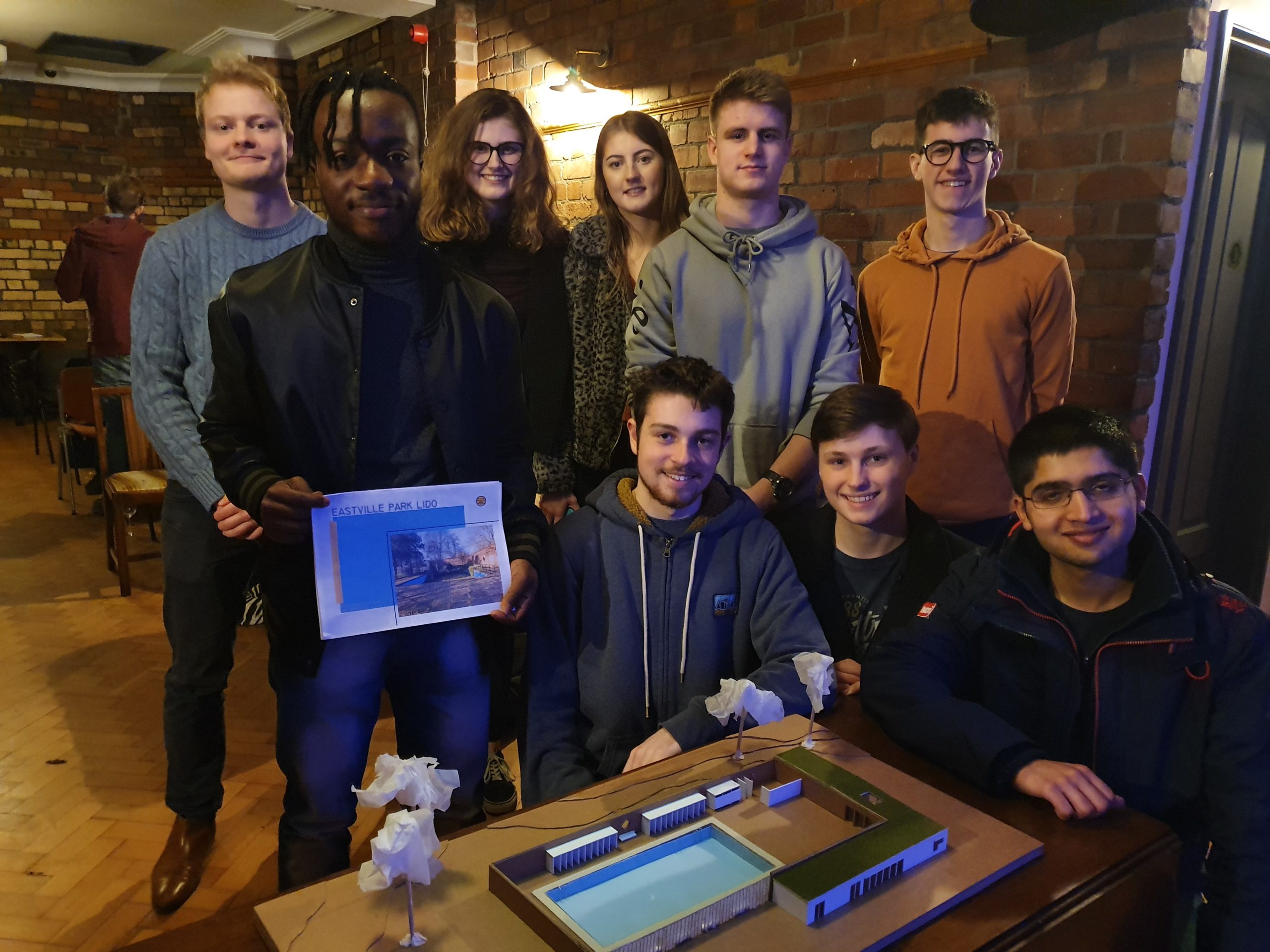 Students from Cardiff University with their model for the Eastville Lido project. Photo by Ellie Pipe 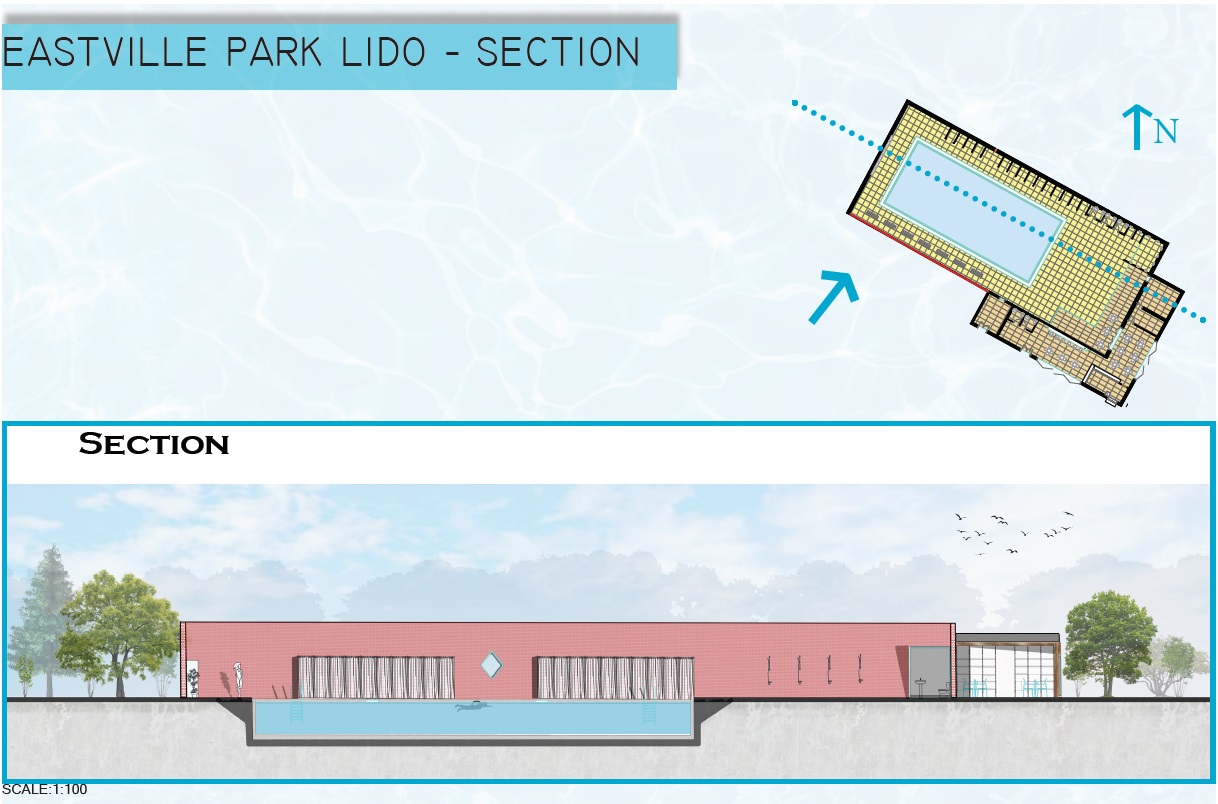 The bid is to create a truly inclusive and safe space and develop a sustainable business model for the lido – but there are likely to be challenges.

Suggestions to overcome potential barriers include hosting ladies-only swimming and subsidised or free sessions for those unable to afford to use the facilities. While there are plans to install plenty of cycle parking, some residents have raised concerns about increased traffic and lack of parking for the lido.

The project has business support from Power to Change and Locality and the next stage of development is to work out the capital and ongoing costs, confirm the business model and seek funding sources to get it off the ground.

Estimated capital costs are around £1.5m but Shanks stresses that it’s still early days and details are yet to be confirmed.

The intention is to enable the community to shape the project and take on ownership. If the lido proposals go ahead, it is anticipated there would be a community asset transfer of the site from Bristol City Council.

The Cleveland Pools, England’s oldest lido dating back over 200 years, which is due to reopen in 2021 following a lengthy campaign, has been used to inform and inspire the research for Eastville Lido.

During the golden age of lidos in the 1930s, some 169 were built across Britain. Many fell into rack and ruin but recent efforts to bring them back to life is coinciding with the revival of outdoor swimming.

Kelvin Osei Tutu, a student at Cardiff University has conducted research into the health and wellbeing benefits of cold water swimming, said to help the brain to focus and increase metabolism, while being outside in nature can help reduce anxiety and improve mental health. He presented his work to the community during the public meeting at the Greenbank on January 29.

A project that spans the history, present and future of the lido is already capturing the imaginations of people in the community. Shanks says the next step is to seek the funding to make the vision a viable proposition. 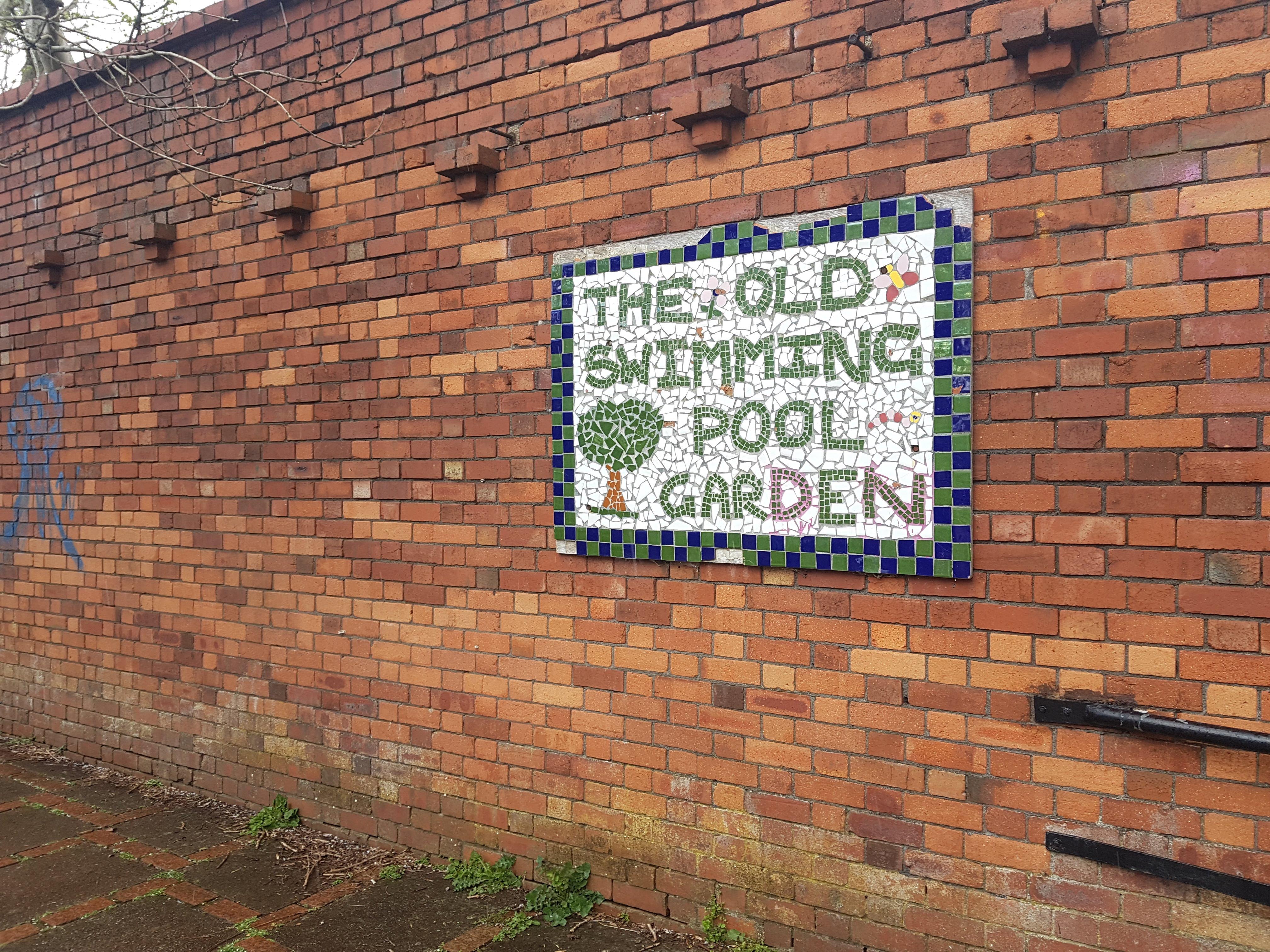 The vision would see the former lido restored to its former glory. Photo by Ellie Pipe