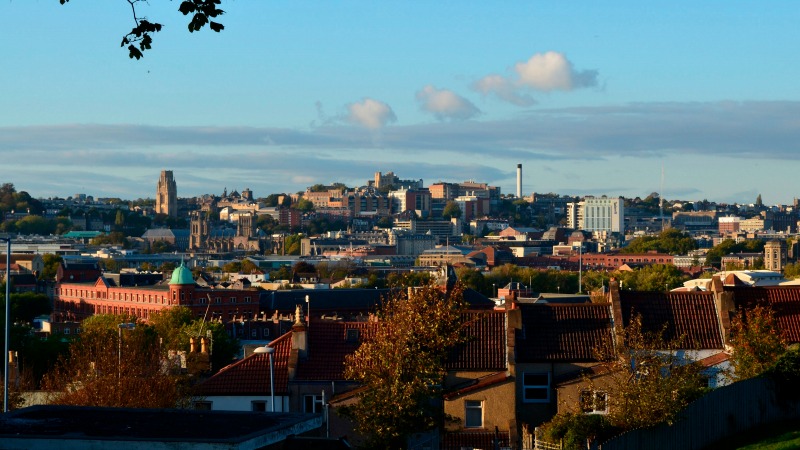 Bedminster evolved from a rural Somerset parish to a bustling industrial town with the inevitable impact on public health.

1. No windmills here Despite its name, there’s no evidence of a windmill ever existing on Windmill Hill. Archive maps show no sign of the landmark, although experts say this doesn’t completely rule out the existence of one.

2. One wall to divide them The Bedminster slums were prevented from expanding by the railway. It separated the middle classes in the area – who could afford to buy land – from the lower classes in urban Bedminster.

3. Religious turf war The C of E St Mary Redcliffe Primary School was divided in half during the war. A local Catholic school was bombed, forcing the two to manage half of the grounds each.

4. A Crimean cannon On the hilltop, next to a lamppost right out of Narnia, sat a cannon. It was a relic from the Crimean war on display to the public. Unfortunately, you won’t find it there anymore. It was scrapped in WWII to make Spitfires.

5. John Wesley wasn’t a big fan Visiting the area in 1760, the founder of Methodism remarked that it was a “sprawling, decayed market town with orchards, brickworks and open cast mines”.

7. Poor sanitation In 1852, sanitation in the area was so poor that a sewer behind Sargent Street was blocked up to four feet. The offending materials were chunks of hair and lime — waste from the tannery.

8. Greener pastures Taking it upon themselves to improve the lives of the lower classes, the council bought 50 acres of land and converted it into Victoria Park. This allowed the poor commoners to enjoy greenery and fresh air.

9. Victoria Park baths In 1905, baths were built in Victoria Park for the local community to swim in. They were demolished in the 1970s.

10. Colourful homes Residents in Bristol longer than 20 years will know the colourful hues of Hill Avenue are a fairly recent addition. The houses used to be a dingy grey, dirty from steam and smoke of the nearby trains.

11. An overnight river One July morning in 1968, residents woke up to a new river at the bottom of the hill. The Malago had flooded, creating a new body of water that flooded East Street and beyond in half a foot of water.

12. School for the sick Victoria Park was host to the Open Air School for children with tuberculosis and other ailments from 1920 to 1939.

13. The farm that almost never was Windmill Hill City Farm is an essential part of the community, but it almost didn’t exist. Before lobbying from locals, the council wanted the plot to be a secure lorry car park.