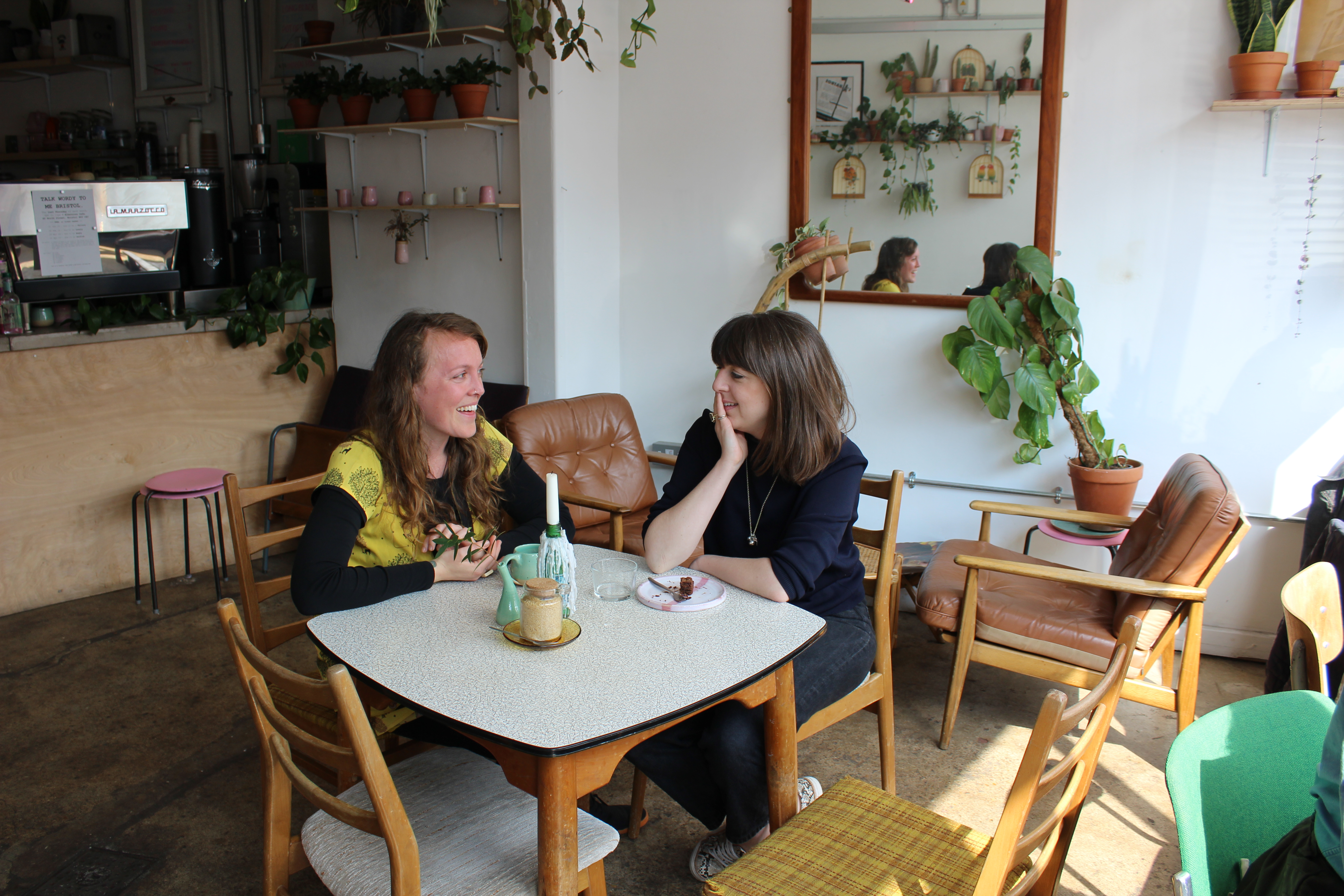 If the walls of Albatross Cafe could talk, they would tell tales more interesting than most. Since the end of January, a series of conversations about emotions called Talk Wordy To Me have been taking place inside the Bedminster cafe. People have gathered to openly discuss the feelings that they would otherwise tend to avoid.

The events are put on by a pair who first met when studying drama at the University of Bristol. It was a shared experience, ten years later, that sparked the collaboration between broadcaster Emily Chiswell and Lydia Scott, who runs a theatre production company.

“Having established our careers, we started talking and reflecting about the choices we’ve made and want to make going forward,” says Lydia over tea and cake at Albatross Cafe, where the walls drip with plants.

“We’ve always been very different, but we suddenly found ourselves experiencing an awful lot of shared pressures and emotions.”

“And as women, there were certain things we were being told not to feel, so we started to wonder who else was going through this as well,” adds Emily. 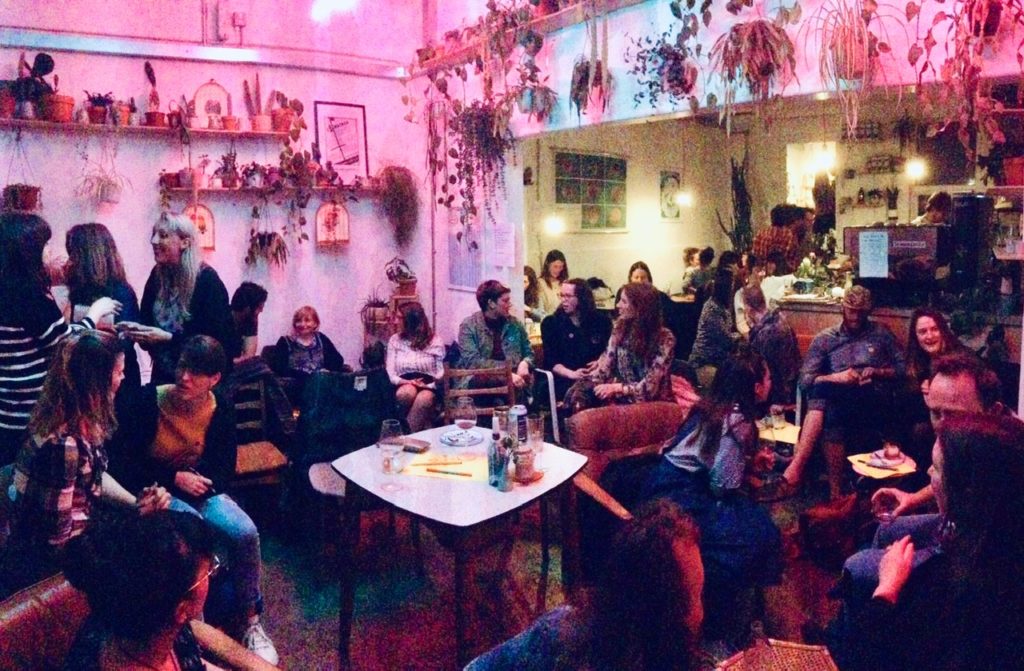 From anger and loneliness to being selfish and feeling like a failure, Emily and Lydia have since held a series of four events. Each has narrowed in on one of the words in question, before unpicking the audience’s understanding of them through the simple art of conversation.

With guest speakers invited to get the discussion going, they’ve been determined to keep the format loose and relaxed. Everything is carefully constructed to encourage people in the room to open their mouths and get talking.

“We aren’t here to present or tell them what to say,” says Lydia.

And while their positions as women sparked the initial concept for these events, Talk Wordy To Me’s founders have been keen to promote its inclusivity.

“We aren’t a group of angry feminists in a room, banging drums and being shouty,” Lydia says. “It’s actually a really fun evening!”

At the most recent event, ‘How to be selfish’, the hour-long discussion took some insightful tangents, with politics, climate change and the very nuances of language brought up for debate.

“There is absolutely nothing like being physically in the room with people,” says Lydia, and Emily nods in agreement.

“We need to connect,” Emily adds. “And know that we are not alone. God, I feel really passionate about it and I think it’s really simple.”

In a society often lacking in face-to-face interaction, this kind of thing is all the more important for older generations less reliant or familiar with the internet as a form of social interaction.

“We had a gentleman cycle across Bristol to come to our ‘How to be lonely’ talk,” Lydia says. “He genuinely hadn’t been out of the house and in a room full of people for years.”

With a new series of events already planned for autumn, the pair aren’t done talking about emotions just yet. ‘Sad’, ‘weird’, ‘lazy’ and ‘judgemental’ are the next round of words they’ll be demystifying come September.

“We’re all cool about ‘joy’ and ‘peace’,” Emily says. “That’s bloody great, but in order to get there, we need to accept the whole rainbow of emotion.”

To find out more about Talk Wordy To Me when events return in the autumn, visit www.facebook.com/TalkWordyToMeBristol