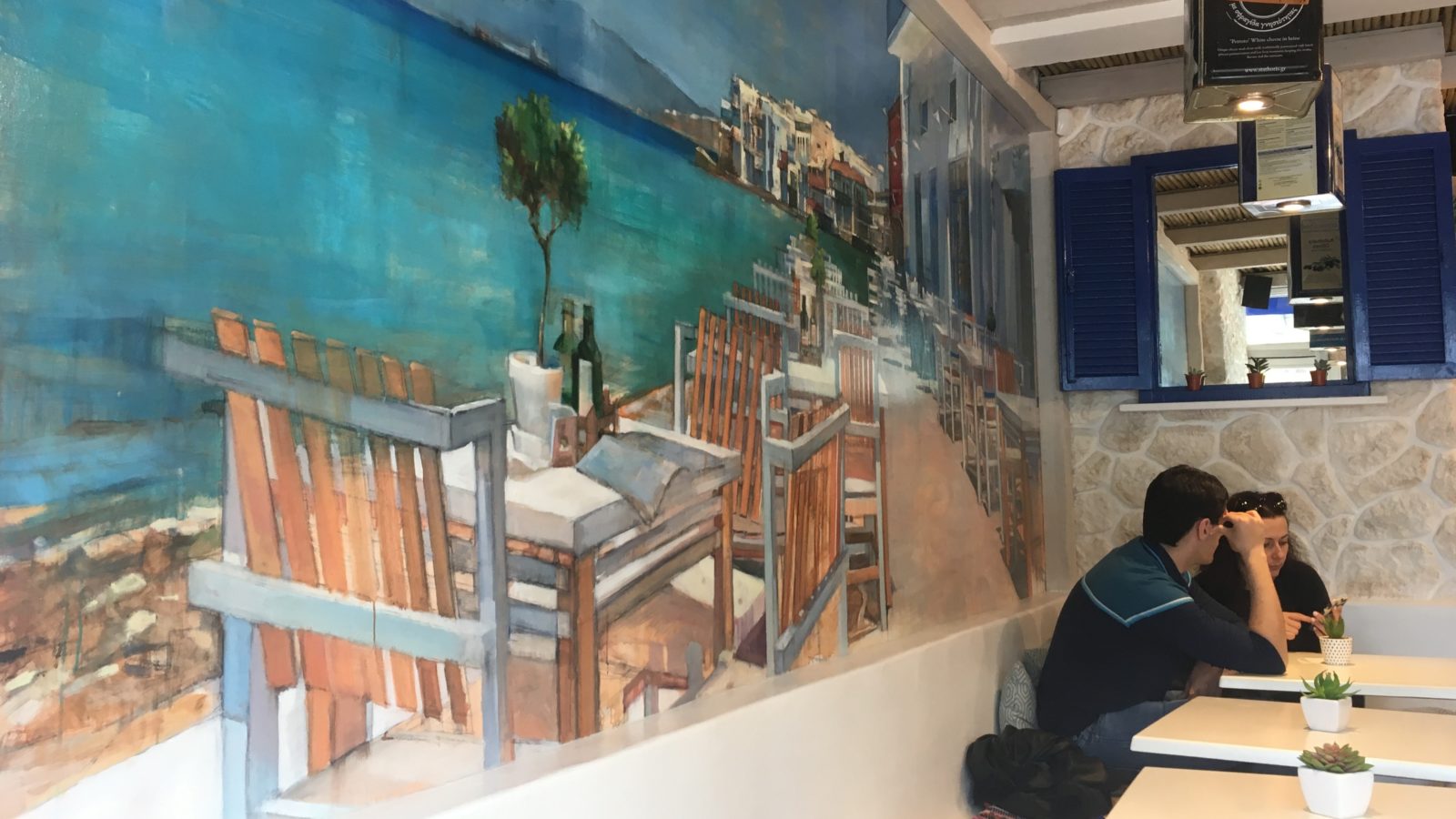 With food served on a plastic tray with plastic cutlery, it’s clear that the third Taka Taka to open in Bristol is primarily focused on the takeaway trade.

But if you can find a spare table in this cramped restaurant on Broad Quay, its Greek food can be enjoyed next to a wall painted with a view of azure blue sea far removed from the queue of buses outside the front window.

Hanging from the ceiling are large tins of oil olive re-fashioned into lightshades that clash glaringly with a menu displayed on screens behind the counter.

Approaching this counter to read the menu is not easy. In front of the counter is essentially just a narrow corridor that, when I arrived on a recent Thursday lunchtime, was blocked by people waiting.

Weaving my way through them so I could see the whole menu, I eventually realised the people waiting weren’t in a queue for the till but just waiting for their orders to appear over the counter.

The menu contains a small but varied range, including traditional Greek dishes such as souvlaki and pitta breads, as well as British takes on Greek favourites with pitta club sandwiches and burgers available. 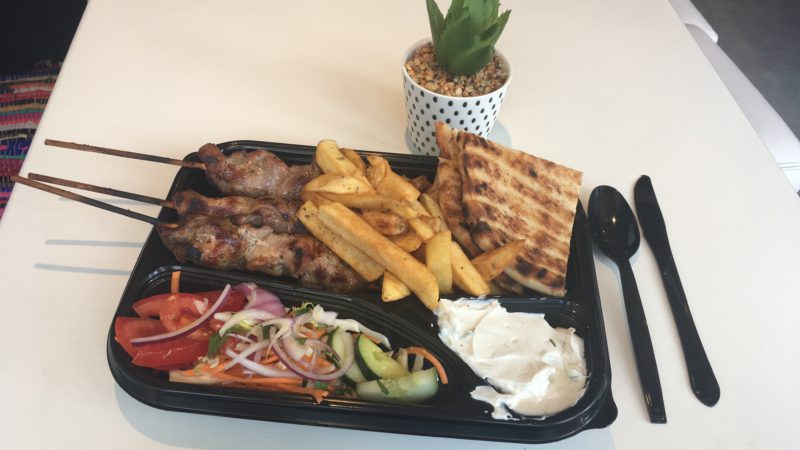 I quickly decided on a pork souvlaki (£8), a favourite Greek dish which took around 20 minutes to arrive – with the noise inside the restaurant, although not too loud to enjoy the meal, meaning order numbers were often missed by staff.

The souvlaki came as three separate pieces of meat with a side salad, chips and some pitta bread, as well as some tzatziki relish.

The pittas were delicious – thin, crispy, warm and slightly charred, giving them the lovely smoky taste of flame-grilled food.

The rich and creamy tzatziki offset the rich, warm pitta perfectly. The chips were flavoured with a mix of herbs and although lovely they weren’t nearly as good as the pitta.

The pork had a deep, tangy taste but was particularly difficult to eat with only a plastic knife and fork.

From a wide range of options for pudding, I went for the traditional Greek baklava (£2.50), wonderfully soaked in honey on the bottom with a thick layer of thin, flaky pastry on top.

Despite the cramped conditions and plastic cutlery, it was a good end to a lovely meal and could have come straight from a Greek taverna. 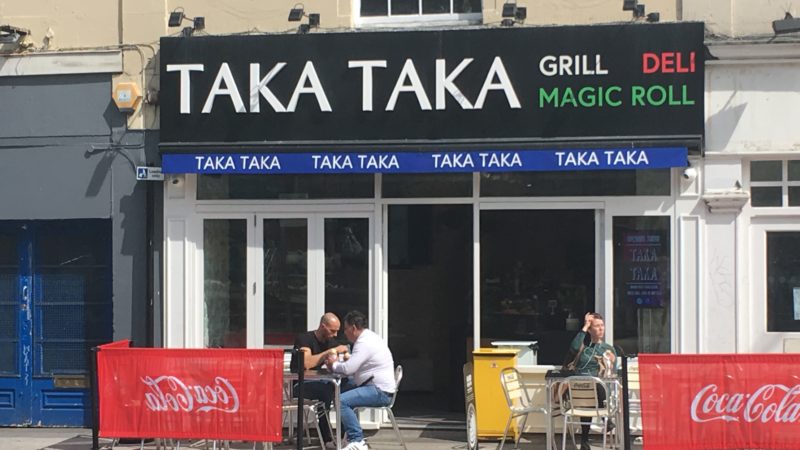