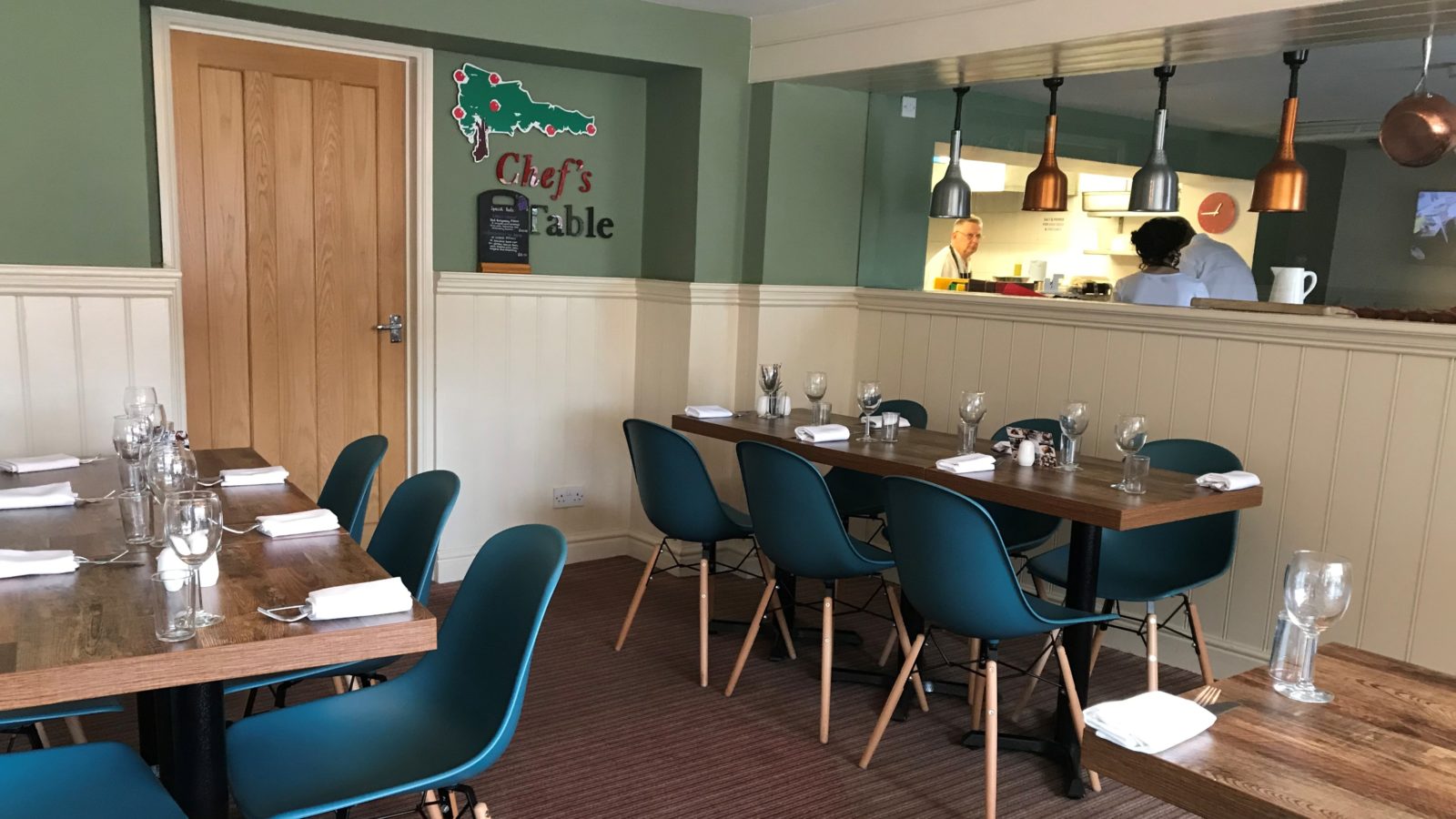 One dessert on the menu at Chef’s Table Bistro is the Paris-Brest, a wheel-shaped choux pastry filled with peanut butter and chocolate mousseline sauce, and fortified with butter.

Invented in 1910 to promote the bicycle race of the same name, it was an indulgent end to an excellent meal at this Hotwells restaurant.

On a recent Saturday lunchtime, a number of cyclists could be seen battling against the wind and rain; while most of the guests on another table battled against the vagaries of the Cumberland Basin one-way system as they attempted to find the restaurant by car.

After half an hour and still not able to find the location (being next door to the Nova Scotia pub, it really should not be that difficult) they phoned through their order to the one member of their party who had made it in time.

Chef’s Table Bistro itself is a sign of the times: a new venture from a business already based here, Cherry Picked Catering, that specialises in event catering and private dining but like many others has had to pivot in the face of the pandemic. 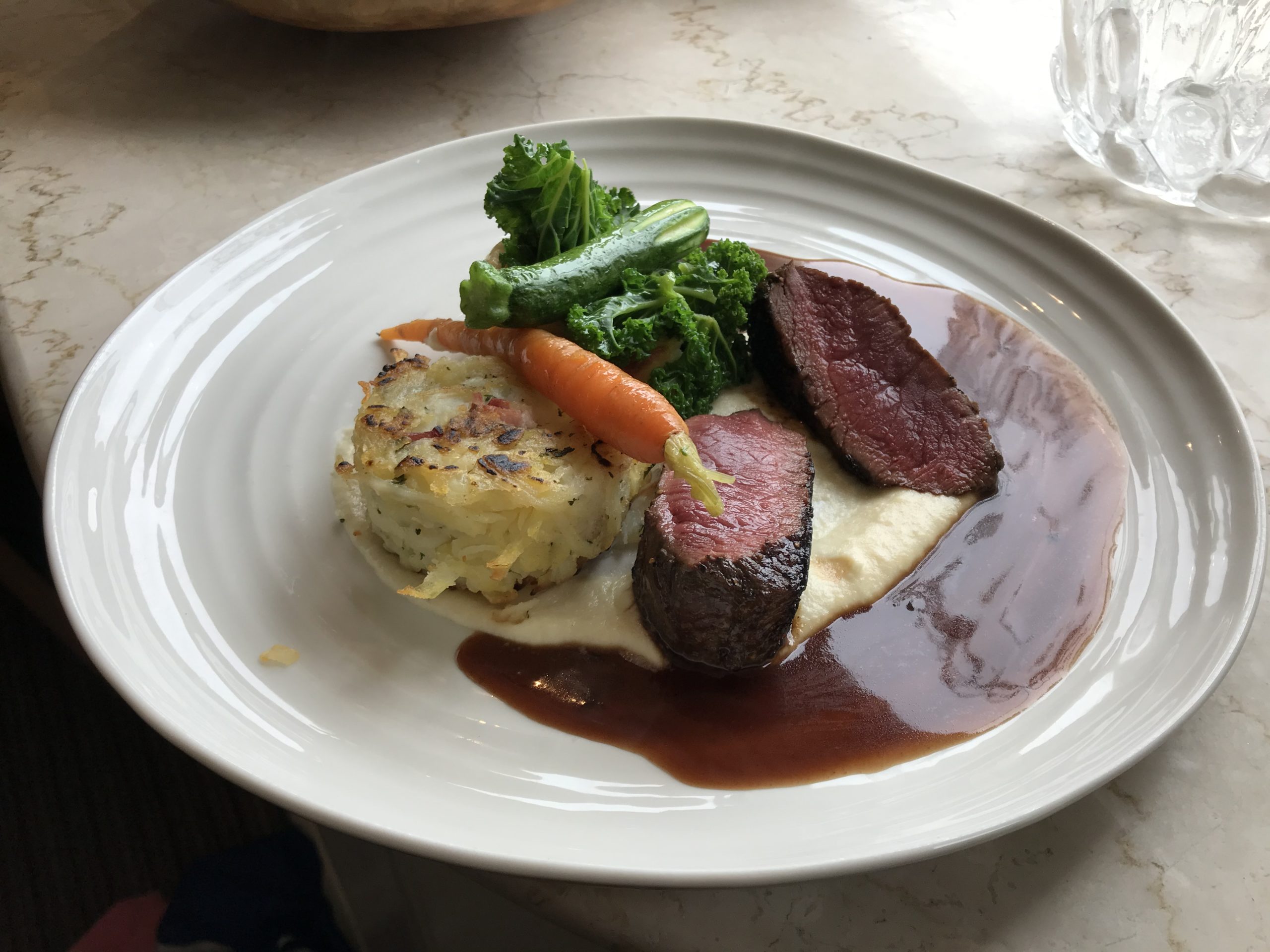 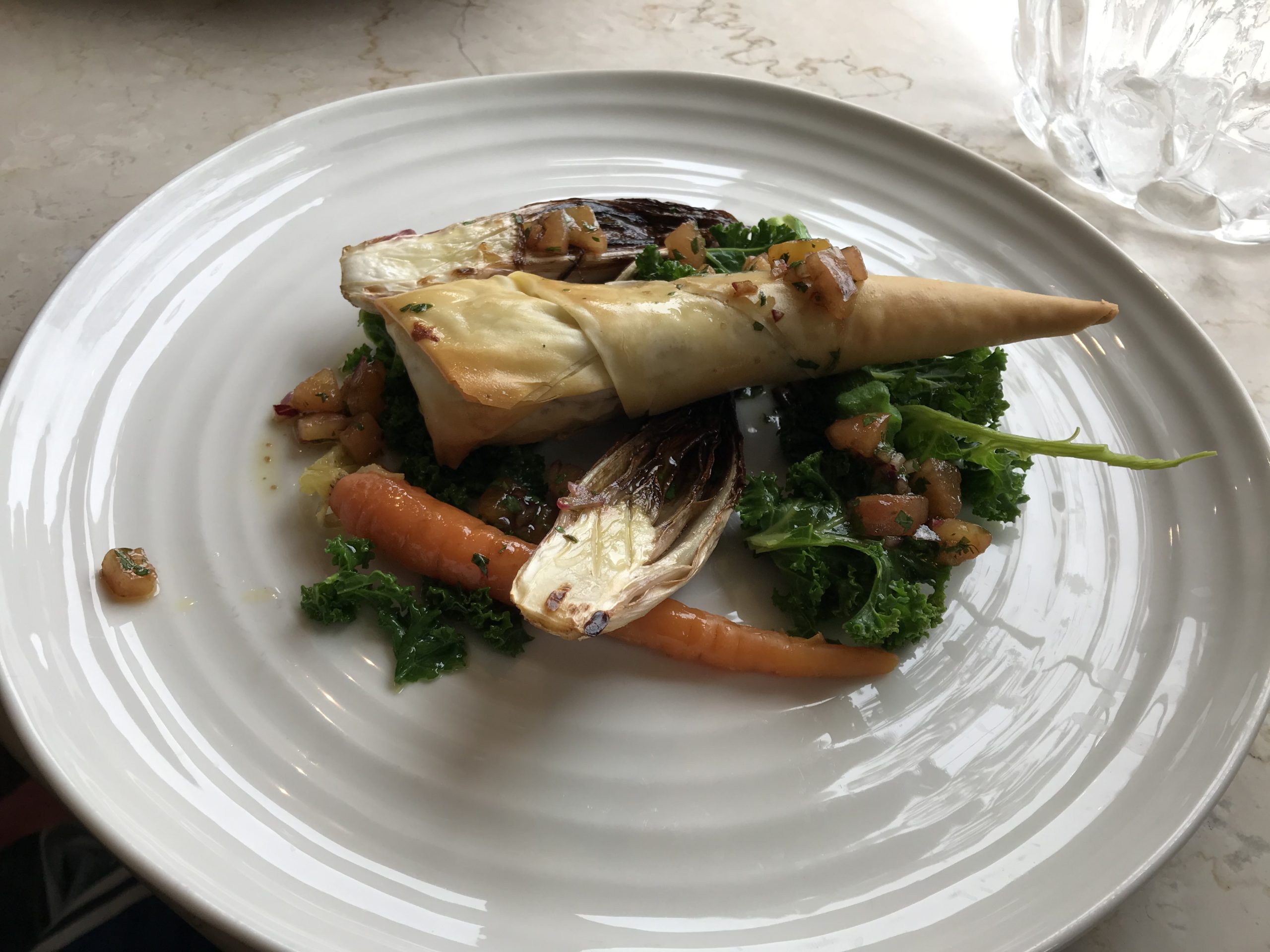 Butternut squash in a wood mushroom pastry cone is the only vegetarian dish among the mains – photo: Martin Booth

As we approach the end of a incredibly tough year for the hospitality industry, Chef’s Table Bistro head chef and owner, Conrad Jenkins, says that “it would be a very sad day if independent businesses were no longer a part of Bristol’s fine heritage”.

Open from Wednesday to Saturday evenings, with lunches from Friday to Sunday, this pop-up restaurant comes with an excellent heritage itself, with Jenkins previously behind Howards in this same Avon Crescent location and also the former Conrad at Jameson’s on Upper Maudlin Street.

Unexpected touches abound here, from a choice of two different balsamic vinegars (either four-year aged or white) to accompany the fantastic focaccia, to a complementary filter coffee to finish off the meal; all the while being able to see the kitchen brigade working either in person or beamed live onto screens.

Every table at Chef’s Table is a chef’s table, but it is the food that is the star of the show. 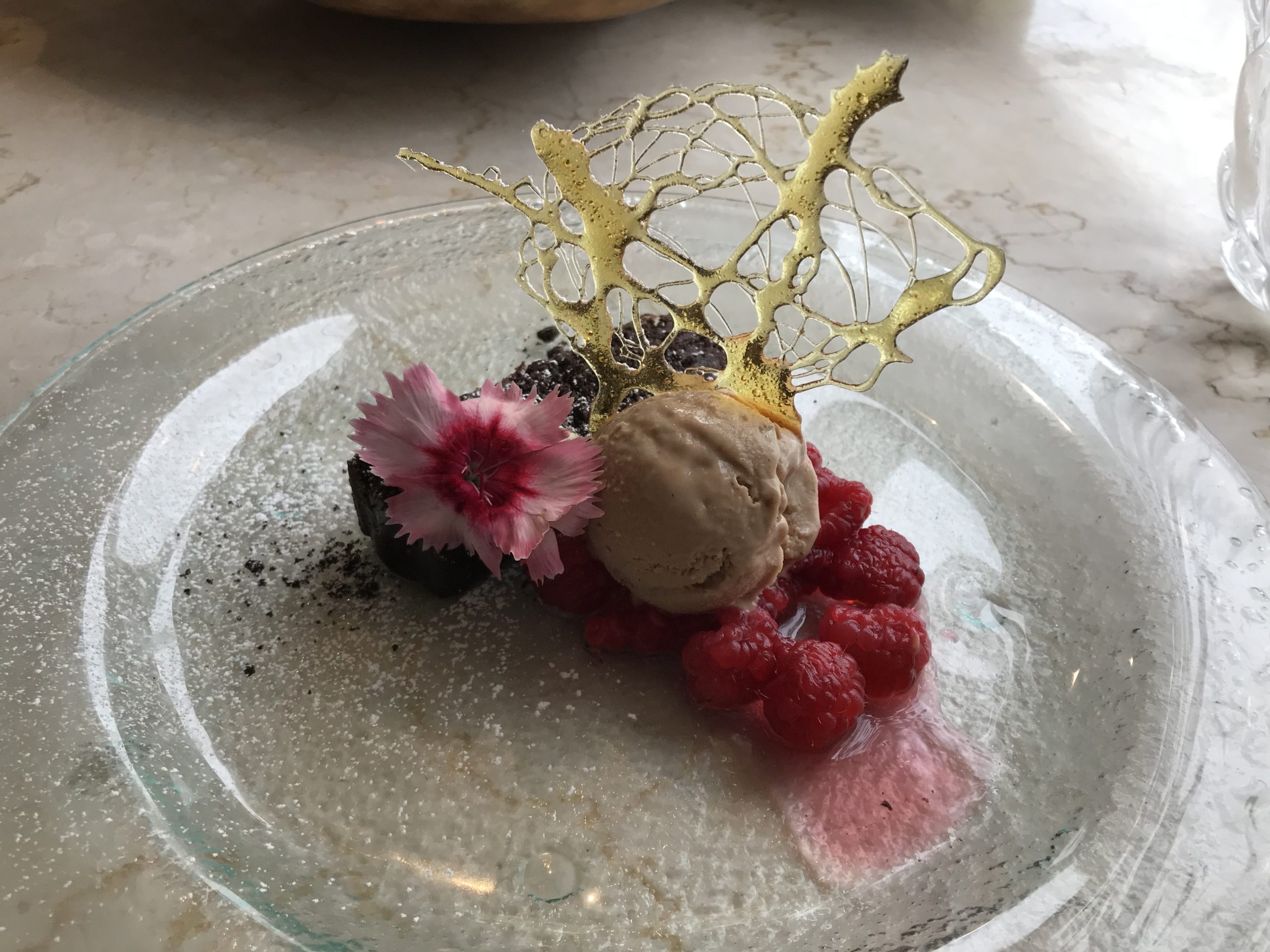 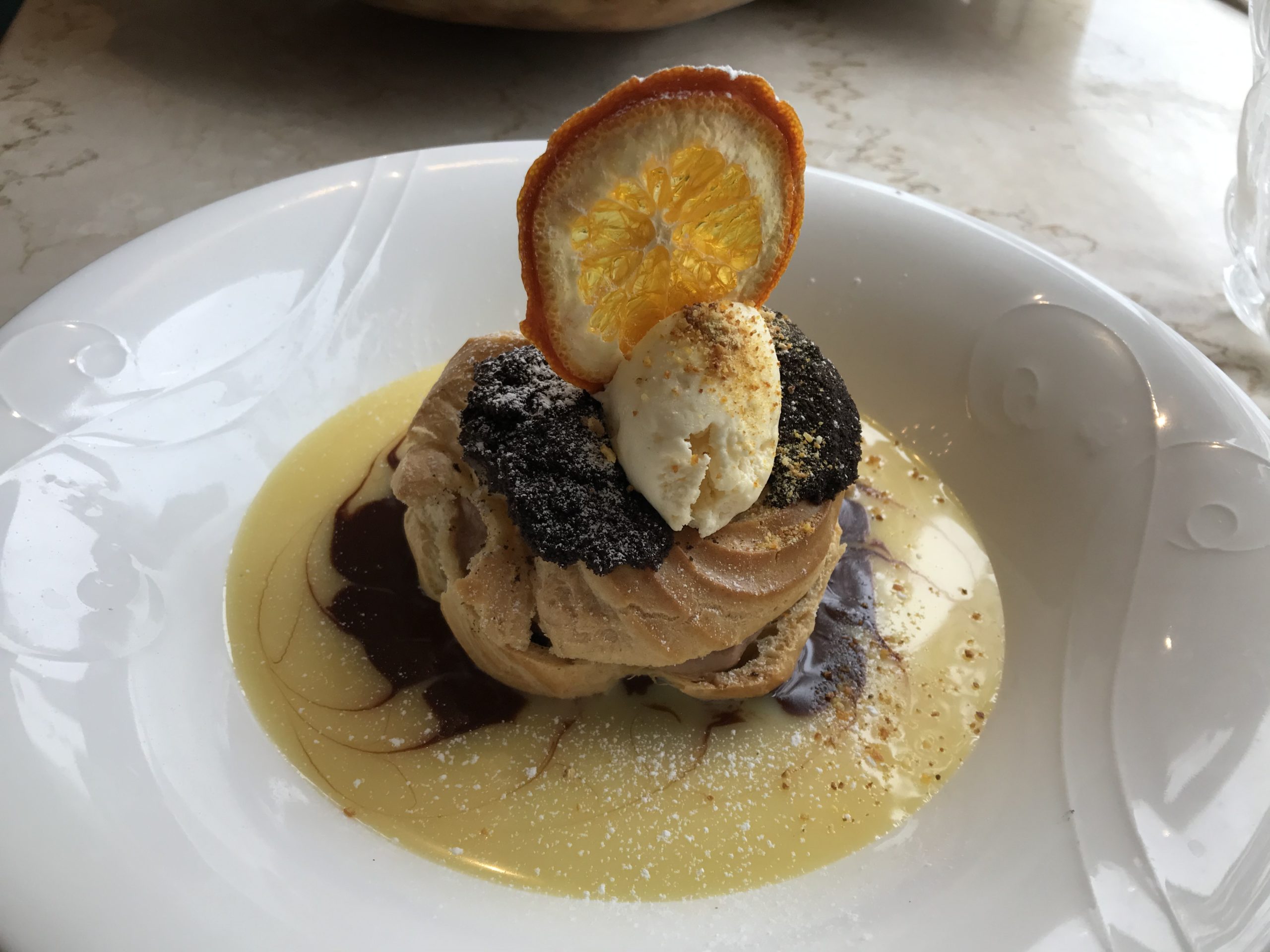 The Paris-Brest is the winning dessert at Chef’s Table Bistro – photo: Martin Booth

With an emphasis on fresh, seasonal and locally sourced ingredients, Jenkins hopes to be able to support his longstanding local suppliers.

After the focaccia came two starters: a caramelised shallot and fig tart tatin with warm gorgonzola dressing (£6.75) and a Thai fillet of beef (£8.75) with a satisfyingly fruity mango and chilli salsa, topped with fresh watercress and coriander.

The standout from the mains was the tender venison loin (£18.25) with a terrific treacle glaze, alongside crushed peppercorns, celeriac puree, a claret wine jus and a potato rosti.

Across the other side of the table, a butternut squash (£13.75) was not welcomed quite so enthusiastically, with it being the only vegetarian dish on a meat-heavy menu.

For pudding, an advertised warm chocolate brownie (£6.25) was more room temperature but still a delicious dessert, with raspberry sorbet swapped for peanut butter and chocolate, and some delicate sugar work presented on top like a fascinator at a wedding.

And then came the winning Paris-Brest, its symbolism of a rotating bicycle wheel a reminder of the circular journey that Chef’s Table Bistro has been on to get where they are as a restaurant today; one that deserves to be applauded and celebrated. 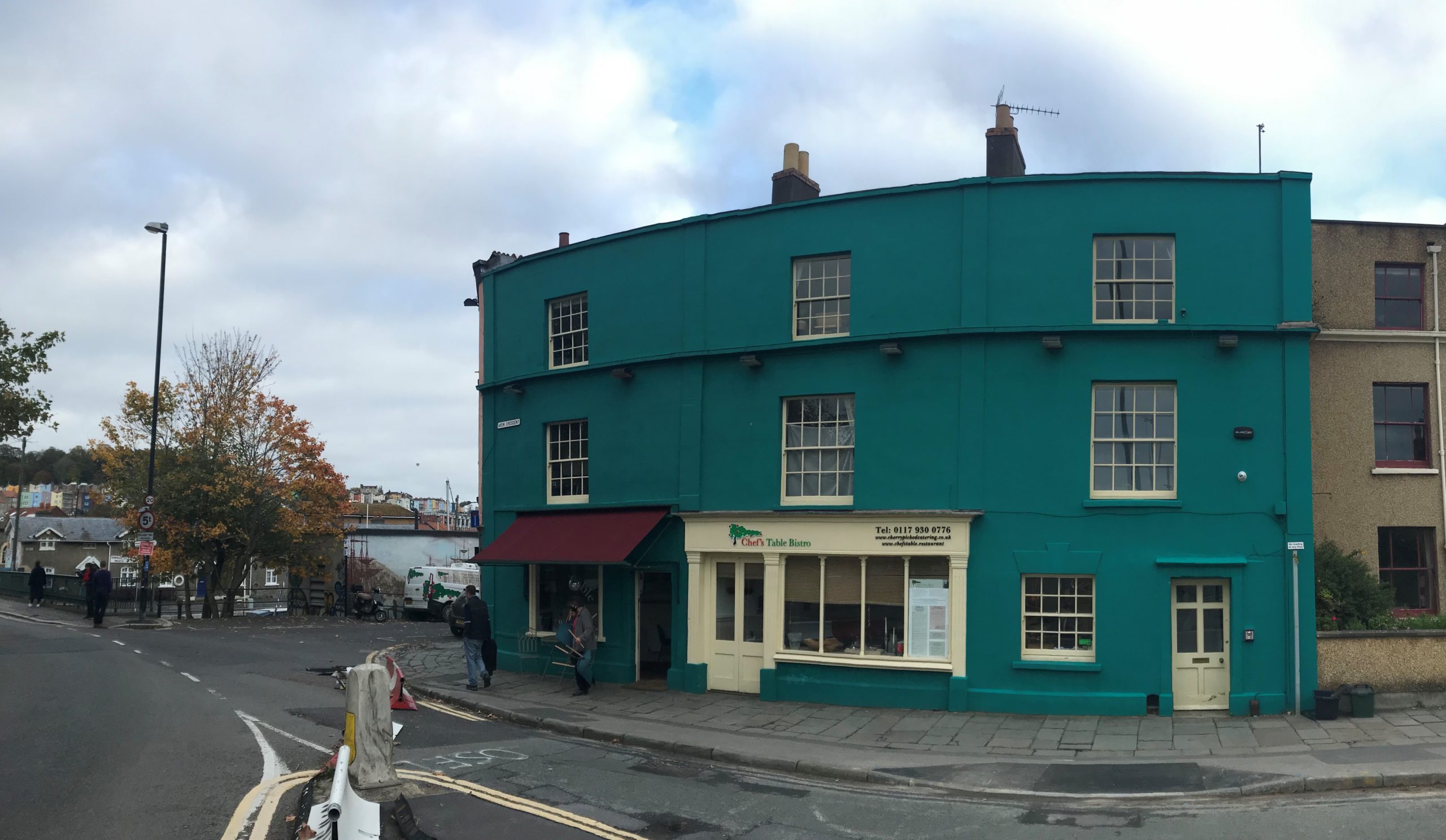 Read more: Pub of the Week: The Nova Scotia