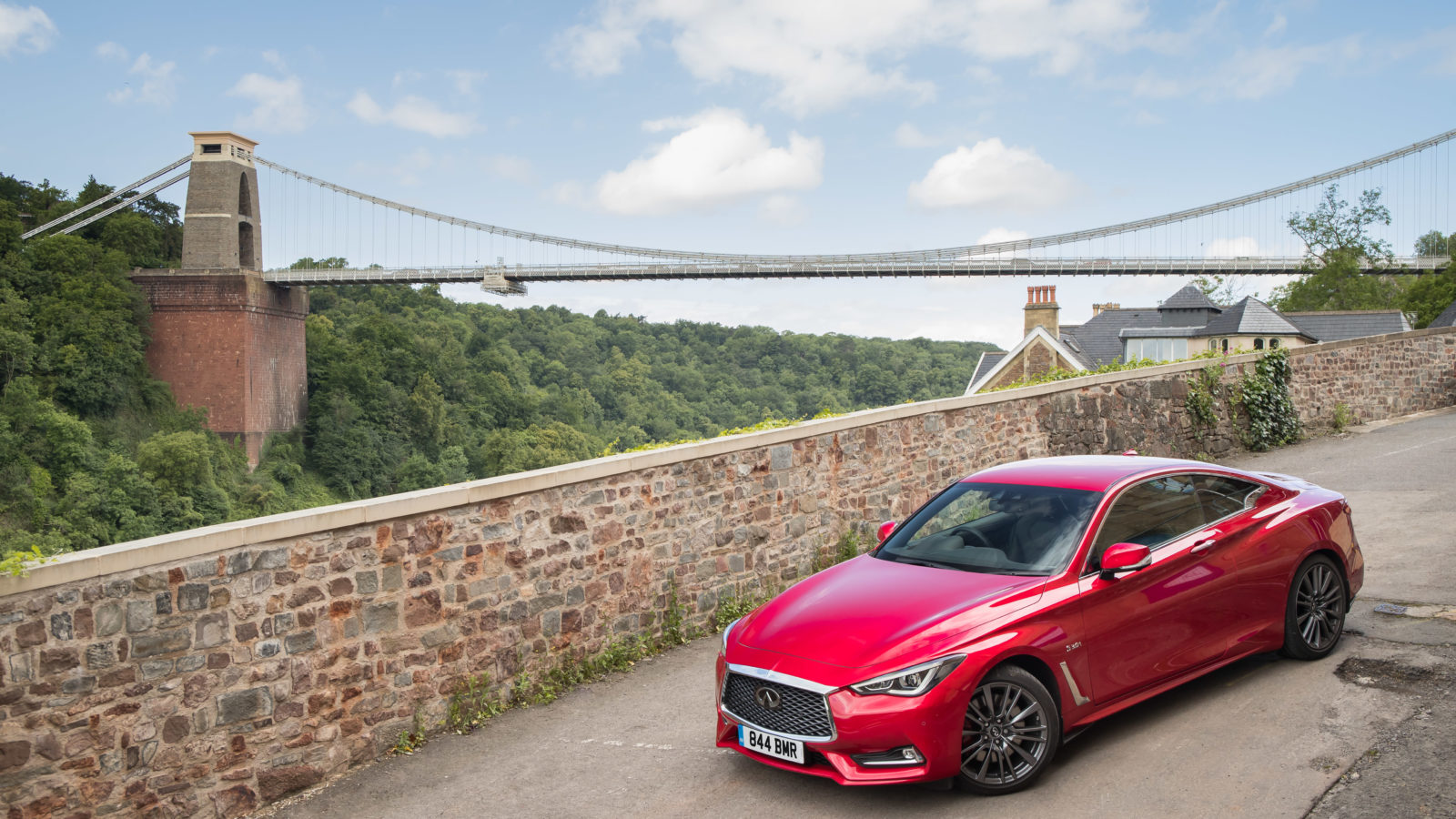 Travelling from Malmesbury to Bristol in Infiniti’s Q60 coupe, it’s easy to see how local restaurateurs and food producers have helped to turn the area into a foodie hotspot recognised by the Infiniti TasteMakers campaign

In recent years the south west of England’s food scene has blossomed, with a host of restaurants, bars, food producers, festivals and community growing schemes alike captivating the attention not only of local residents, but of the national press too.

There is no finer way to explore this new scene than in the stunning Infiniti Q60 coupe, available from the Infiniti Bristol Centre on the Bath Road.

From Malmesbury, on the outskirts of the beautiful Cotswolds, to the region’s biggest city, Bristol, is just a 40-minute drive in the Q60 (or an hour, if you’d rather take the more scenic route, avoiding the M4). From here you can take a journey that takes in not only spectacular rural views and stunning village scenes, but also provides a great introduction to some of the numerous food and drink offerings the region affords. Some of these have been acknowledged by the Infiniti TasteMakers campaign, which celebrates 60 of the most innovative restaurants in The Michelin Guide Great Britain & Ireland 2017. 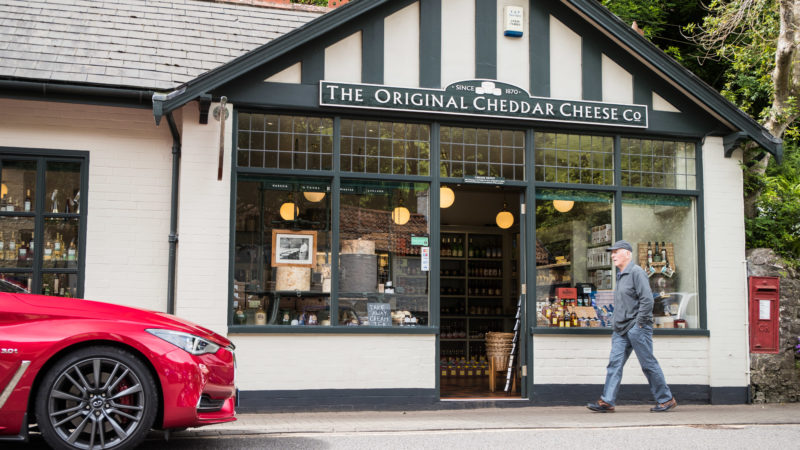 A leisurely jaunt through Malmesbury’s narrow, medieval streets reveals plenty of interest: a higgledy-piggledy collection of 17th and 18th-century stone buildings, now housing shops and pubs, picturesque almshouses, and a marketplace with an incredibly ornate 15th-century cross. This marketplace is also home to Malmesbury’s Artisan & Farmers’ Market every Friday, where you’ll find an array of local produce with which to stock up your kitchen. With local milk and cheese from Brinkworth Dairy, tasty Thai treats from Thai and Thai Again, and crumbly confections in a wealth of flavours from Yara’s Fudge, there’s something for everyone.

The seventh-century Malmesbury Abbey presides over the town from the top of the hill, and boasted a famous resident in the form of Eilmer, the Flying Monk. Eilmer is said to be the first person on record who attempted to fly, attaching wings to his hands and feet and soaring for more than a furlong before coming to earth with a bump, rendering himself lame.

Heading west out of Malmesbury, take your Q60 on a short drive along the B4040, the landscape shifting from residential streets to undulating open farmland, before reaching the brown sign denoting that it’s just 200 metres to the sweeping driveway of Whatley Manor Hotel & Spa. With its light and airy feel, Grey’s Brasserie at this sympathetically refurbished Cotswold manor house is a beautiful setting in which to enjoy brunch on a Sunday, whether you’re sampling a beautifully cooked full English breakfast or decadent eggs Benedict. 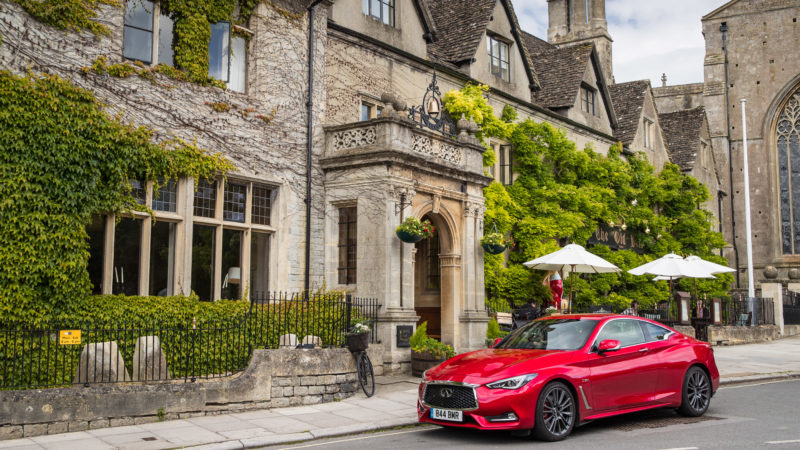 From Whatley Manor, utilise your Q60’s impressive V6 engine and pass leisurely through pretty villages such as Sherston and Luckington before turning onto the A46. Heading south, you’ll pass the splendour of Dyrham Park – a National Trust property – head west on the A420 past Warmley, home of the Bath Ales brewery, and take the Bath Road into Bristol.

Like any big city, Bristol has its fair share of restaurants, bars, cafés, pubs, markets and food producers, but in recent years its credentials as a truly foodie city have really come to the fore. The nationally-acclaimed Radio 4 Food and Farming Awards are hosted at the St George’s Bristol concert hall, and the annual Food Connections festival, which celebrates Bristol’s diverse food offering, along with the Grillstock barbecue and music festival, attracts visitors from all over the UK.

This is a city where the food scene is not only flourishing, but where business owners like to push the boat out and try things that are a little different to the norm. Here, you’ll find a steak restaurant and art gallery sitting alongside each other in the same space, a launderette with a café renowned for its homemade lemonade and even a city centre coffee shop complete with swing seats to give it a playful feel. Such things may seem a little gimmicky, but they’re testament to Bristol’s fondness for offering environments to suit all tastes – with fantastic food and drink at the same time.

Your first stop in the city should be on Welsh Back: a narrow, cobbled, waterside street where the flurry of cyclists and walkers joins the constant arrivals and departures of Bristol’s many ferry boat services, transporting commuters and daytrippers alike along the river to their destinations. It’s a road that’s long been known for its watering holes, home as it is to The Apple – a permanently docked cider boat with a dark and atmospheric below-deck bar that serves a wealth of local tipples, alongside a traditional ploughman’s lunch for the peckish. My lunch stop, however, was at a less-established but equally well-regarded venue just up the road.

The tiny yet bright and airy Adelina Yard, with its open-plan kitchen and views of the river, was given a coveted Sunday Times Top 100 Restaurants spot within just a year of opening and is now an Infiniti TasteMaker too. It’s a place known for its inventive and seriously attractive modern European cuisine: a place where lunch may begin with a rich and fragrant home-cured chorizo with white onion and broad beans, continue with a nutty pearl barley risotto, and end with a perfectly-set panna cotta, served with seasonal fruits.

Next, drive the majestic Q60 past St Mary Redcliffe Church, en route to Spike Island: a small stretch of land nestled between the natural river and the man-made waterway, originally dug out to keep water levels in the city centre at a sensible level.

Reaching the island, you’ll find Wapping Wharf – a new development of imposing blocks of flats that overlook the water. Walk down the Gaol Ferry Steps though and you could almost be in the south of France, with a tree-lined walkway flanked by coffee shops, restaurants and food retailers that allows diners and drinkers to take advantage of the outdoor seating and give the place a truly continental feel.

Walking a little further, you’ll stumble across CARGO 1 and CARGO 2 – two retail and food hubs crafted entirely from old shipping containers that house a plethora of restaurants, bars, street food-style food vendors and retailers. There, you’ll find everything from locally-made gelato at Oliver’s to bubble tea and noodles from CUPP.

There are critically-acclaimed fine-dining options to choose from too, in the form of the intimate modern British restaurant BOX-E, which seats just 14 diners, and the 18-seater TARE, with its four-course and seven-course set menu options that showcase the best local produce.

Nudging the Q60 a little further east, you can amble alongside the attractive Bathurst Basin, home to numerous small motor yachts and former lightship the John Sebastian – now the HQ for the Cabot Cruising Club.
On the basin’s eastern quay you’ll spot the imposing former Bristol General Hospital, which opened in 1832 and served as a rehabilitation centre until it closed** in April 2012. Now, much of the former hospital is being converted into apartments and houses, while at street level the building’s developers have created space for a number of restaurants. 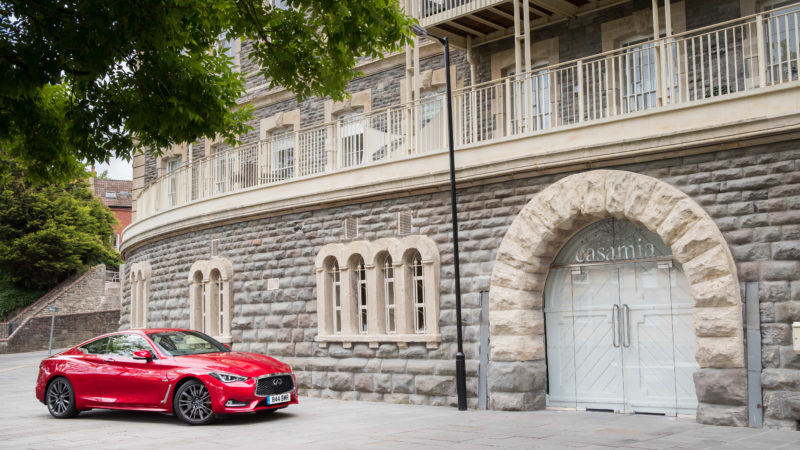 The first to move into this development was Casamia – a restaurant with the claim to fame of being Bristol’s first Michelin-starred dining option. Formerly located in Westbury-on-Trym, the restaurant began life as a family-run neighbourhood trattoria, before the owners’ self-taught chef sons took the helm and elevated the offering to a more theatrical, fine-dining style befitting of its TasteMaker status.

At Casamia, everything changes with the seasons, from the menu to the restaurant’s décor. The 13-course set dinner menu may look simple from its description, but it offers an innovative take on seasonal ingredients. It’s a restaurant whose menu is adventurous but accessible, with an atmosphere that encourages you to enjoy your evening.

While many think of London as the gastronomic capital of the UK, there’s no denying that Bristol and its surrounds are fast becoming known for their culinary credentials. It may be a big city, but it’s a big city that’s home to a wealth of local food producers, and where you only need to drive 10 minutes outside of the city centre to stumble across farms with a commitment to nurturing the best possible produce.

In Bristol, there’s a strong passion for all things independent and all things local, which gives the city’s dining scene a personal, passionate feel that sets it apart. There’s no visible competition between restaurateurs: those working in the city’s independent dining and drinking venues all know each other, and are happy to shout about local finds.

If you have a little more time to spend in the area, a jaunt up to Chandos Road for the seasonal and wild food sharing menus offered at Michelin-starred Wilks Restaurant is a must, or journey down the winding country roads just south of Bristol to Josh Eggleton’s The Pony and Trap, where you can enjoy Michelin-standard British dishes in a pub setting.

As you return your beautiful Infiniti Q60 coupe back to the Infiniti centre on the Bath Road, I am sure you will agree that from a food point of view – as well as many others – Bristol is a truly amazing city…and what better way to explore it.

Simply call into the Infiniti Centre Bristol or call them on 0117 9926111 to arrange a test drive.