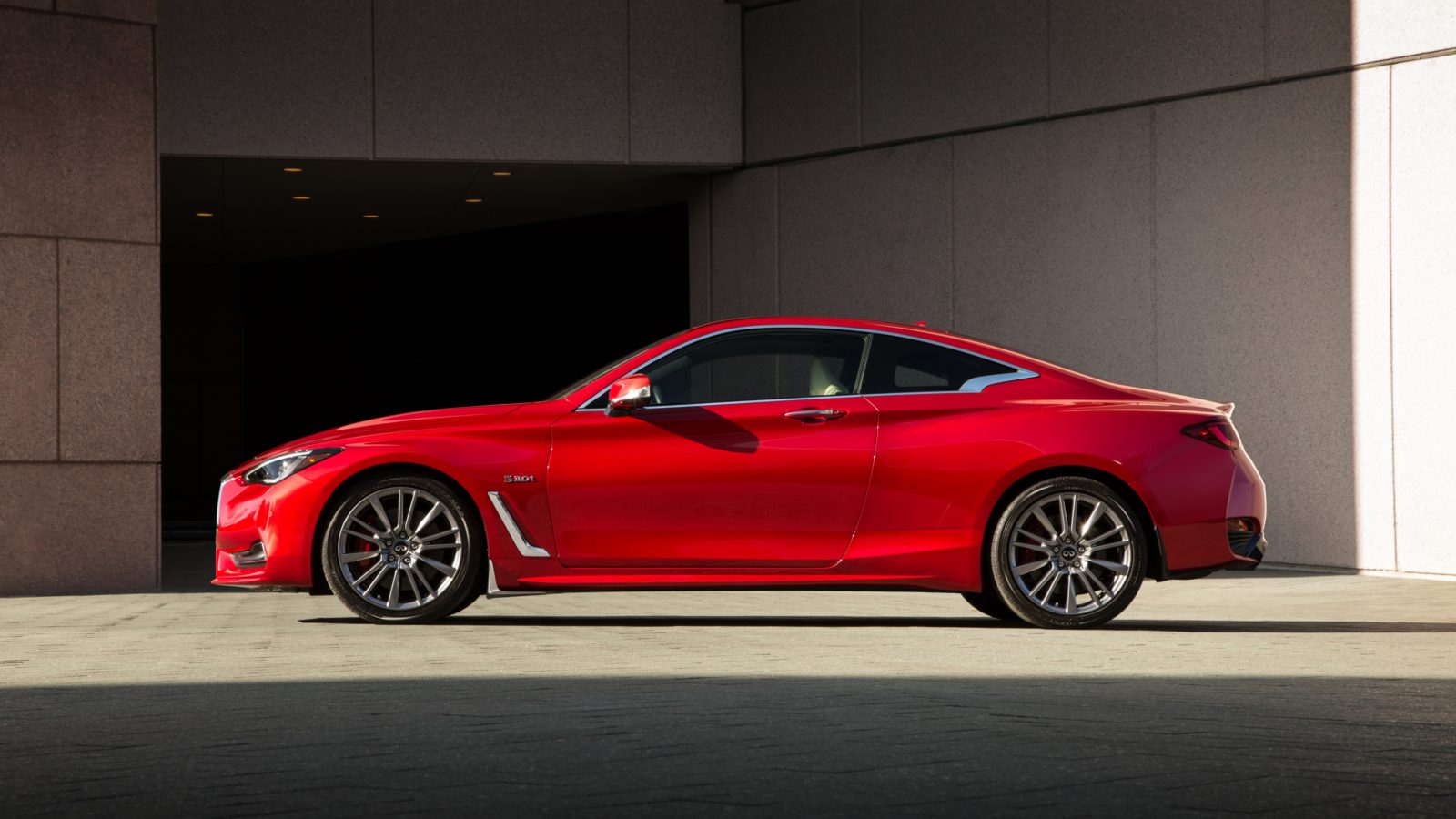 It takes a certain type of personality to purposely choose a different path. Some people like to blend in, to make the safe choices, which means they won’t stand out. Others like to do a little more research and find something that better suits them. Maybe it’s a purpose-made suit, a unique piece of jewellery or an adventurous holiday destination.

Choosing a different type of car is brave too, especially at the premium end of the market. It would be easy to select the default German premium brands and blend in at the golf club or in the company car park. No one would question it. No one would notice.

But for people who like to be noticed, there is a new choice. The Infiniti Q60 is a strikingly styled coupe that merges British design with the best of Japanese quality and craftsmanship. And as you’d expect from Japan, it’s also packed with technology that makes those German coupes look like something from the last century.

Before you drive the Q60, and even before you get inside though, you can instantly tell that it’s something out of the ordinary. With its flowing curves and sleek profile, plus a wide, low stance, it really does look the part, but at the same time it isn’t over the top or brash.

It backs up its distinctive looks with an equally forward-thinking drivetrain. To start, there’s a choice of two advanced engines. Infiniti has spurned diesel – perhaps wisely in light of recent controversies – and concentrated instead on making petrol power more efficient.

The smaller 2.0-litre is turbocharged and produces 208bhp. The power is fed to the rear wheels via a seven-speed automatic gearbox. With that many ratios to choose from, the engine always seems to be able to find its sweet spot; push it hard and it can sound quite sporty but driven normally it is remarkably refined.

Promising even more performance is the all-new 3.0-litre V6, which features two turbos and direct injection for maximum efficiency. Due to arrive in Spring, the flagship engine produces 400bhp, so it’s perhaps wise that it will only be available with four-wheel drive, ensuring that it can put that power down safely and effectively.
The forthcoming top-of-the-range model will also benefit from Adaptive suspension, which makes the springs and dampers work together perfectly to suit the road conditions and your driving style. Together with active noise cancellation to neutralise wind and tyre noise, it means potholes and cats’ eyes disappear instead of jolting through the steering wheel. It’s almost as if the council has resurfaced all the roads in front of you.
Inside, the sophistication continues. The Q60 oozes elegance and finesse, with fine-quality leather, metals and soft-touch plastics. As a bit of one-upmanship the dashboard features two screens. Besides looking a bit flash, it means you don’t have to come out of the ventilation or sat-nav menu to change a music track, for example. Ultimately, it means you are less distracted while driving.

Of all the technology evident in the Q60 though, perhaps the most interesting is Infiniti’s drive-by-wire Direct Adaptive Steering (DAS) system. Fitted as standard on Sport models and an £800 option on other variants, it removes the physical, mechanical link in the steering between the driver and the front wheels. This tends to make people feel uncomfortable, until they’re reminded that modern airliners and fighter jets have used similar technology for years and it makes them safer, easier to fly and more efficient.
And so it is with the Q60. The steering’s computers actually change the gearing for less effort and fewer turns of the wheel when navigating the city. It then changes into something more meaty-feeling and lower-geared when on the open road.
More than that, it actively filters out the many, many imperfections that litter British roads.
The reason for all this technology isn’t just to make the Infiniti more relaxing to drive, however. The system is a real stepping stone to an autonomous car. It means you can activate gadgets in the Q60 to keep you in lanes and use radar-controlled cruise control to help take the stress out of less exciting journeys.
So, is the Q60 a path worth taking? Absolutely. If you want the absolute ultimate in sporty driving dynamics, then maybe it’s not the car for you. But if you value refinement and want a car that can cover huge distances in style and comfort it’s certainly worth taking the less-trodden path to Infiniti.