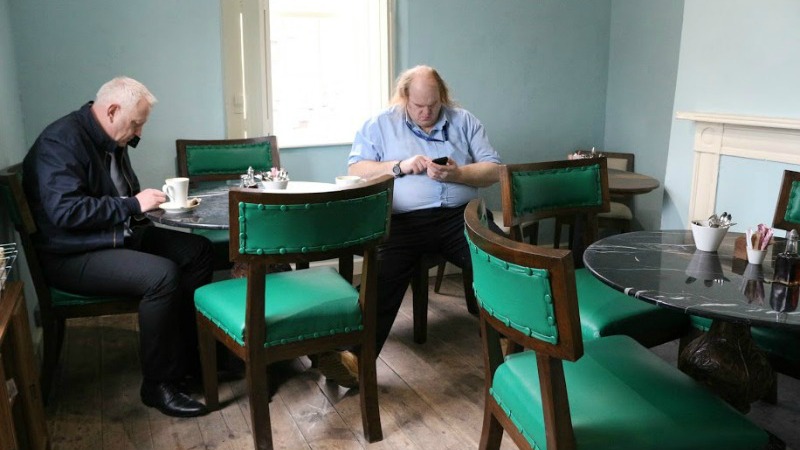 The former home of boy poet Thomas Chatterton is incongruously marooned on a patch of grass between the thundering traffic of Redcliffe Way and the cobbles of Portwall Lane.

Empty for 15 years since being a museum, the council-owned former school house dating from 1749 has now been given a new lease of life as a cafe by 22-year-old Rhea Webber from Downend.

Owner Rhea Webber’s father found the building for her after driving by and seeing it for sale.

Chatterton’s Cafe doesn’t pretend to be anything that it isn’t. Food here is of the panini, jacket potato and pasty variety, with full English breakfasts served from 7am aiming to tempt the early morning commuters to Temple Meads, and free refills of filter coffee for those choosing to stay.

On a recent Wednesday lunchtime, a rather dry slice of quiche Lorraine was accompanied by a salad made up of iceberg lettuce, slices of beetroot and tinned sweetcorn.

A fruity flapjack was better and a carrot cake on the counter looked tempting, as did the colourful meringues the size of a clenched adult fist.

An enclosed suntrap courtyard on one side has nine circular wooden picnic tables, with more out front looking over to St Mary Redcliffe.

It’s quite a squeeze at the counter inside with the kitchen tucked around the corner.

There is a choice of three small rooms to sit in, each seating a dozen people around sturdy tables with chairs backed in a vivid shade of green.

The two rooms on the first floor are accessed up a narrow wooden staircase, with framed posters for a Backwell Playhouse production of Chatterton’s life on display on a windowsill.

Two members of Open University staff arrive from their office just down the road. “We’ve been waiting for you to open,” one says. “It looks amazing.” They then head upstairs for more of a look, as another nearby office worker totters out with four takeaway coffees precariously balanced.

With its history and unique location, Chatterton’s Cafe still has bags of unfulfilled potential which could be some way achieved with planned pop-up restaurant nights.

For now, it’s simply a joy to see such an important Bristol building brought back to life.

Read more: 10 of the best Sunday lunches in Bristol