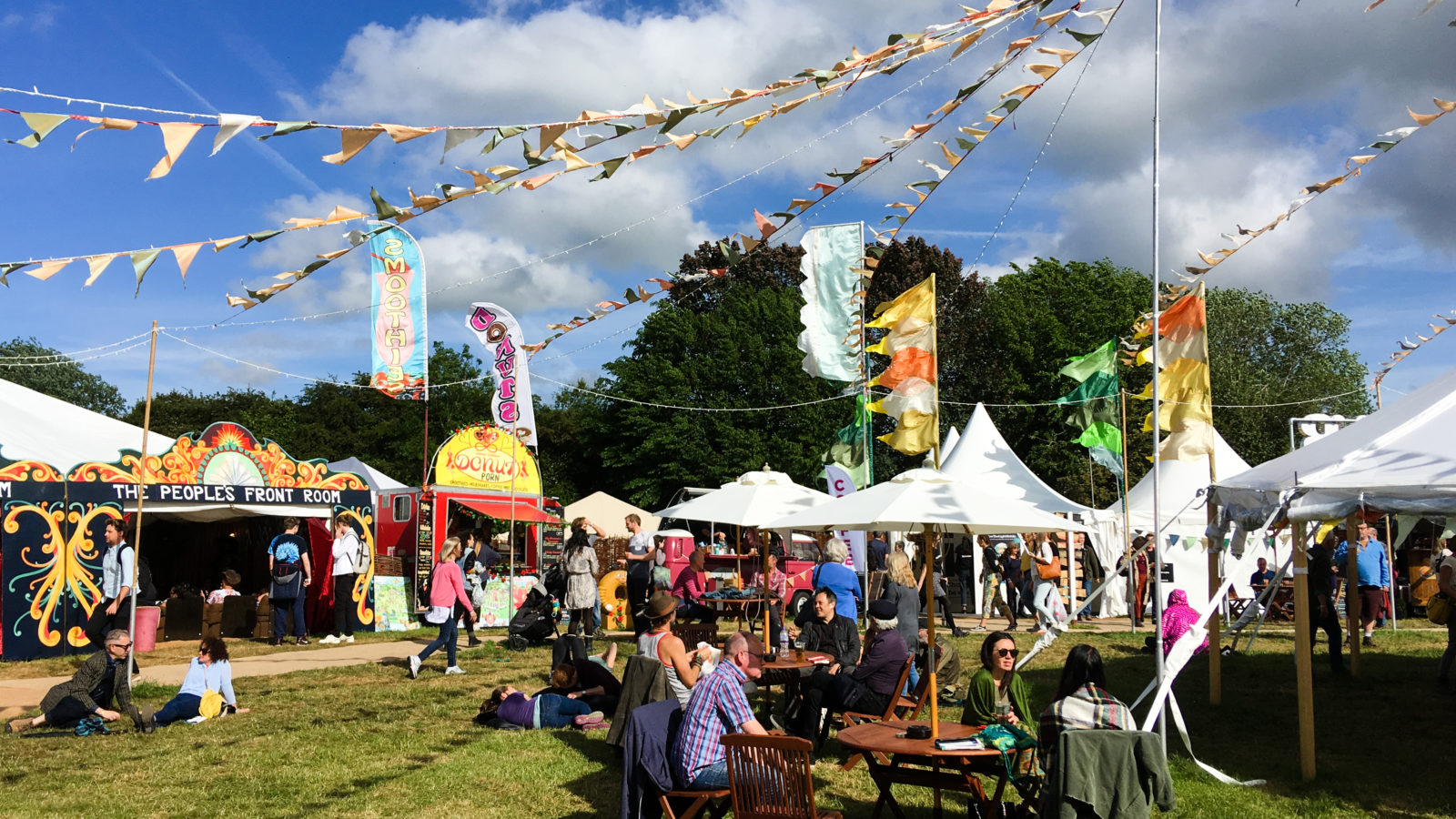 Returning over the May bank holiday for its tenth instalment, philosophy and music festival How The Light Gets In (HTLGI) was largely blessed with sunshine this year. The vibe settled somewhere between chilled out indie neighbour Green Man and highbrow literary stalwart Hay Festival, with which HTLGI shares its location and dates. The festival has an energy and an appetite for ideas that goes way beyond its size.

This year it was set, for the first time, solely on a lovely grassy site by the rushing River Wye, having left its old base beside The Globe at Hay for the lure of more space. It was an entire village of Great British Bake Off marquees and bunting, and, despite being bigger than ever, you could walk from one end to the other in less time than it would take to say some of the speakers’ job titles. 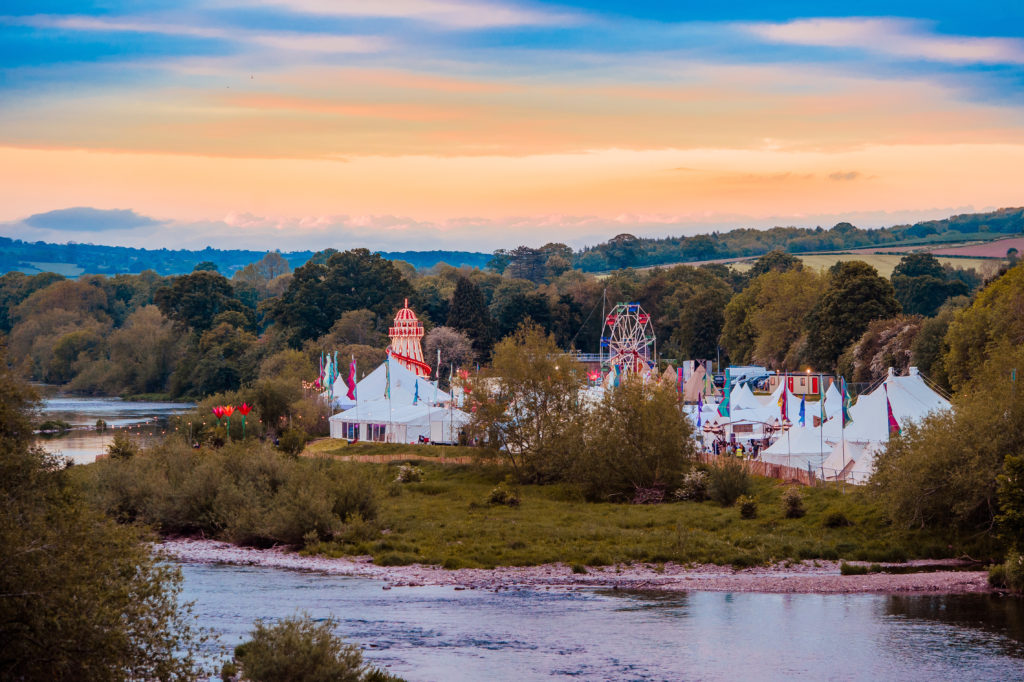 The festival was solely on a riverside site this year. Photography by Matt Eachus

Posters put the philosophy and the music on equal par, but it’s the dense programme of talks, debates, lectures and workshops that are the real draw. As a Twitter user, seeing experts in their fields have respectful, meaningful discussions was a soothing break from the norm. Speakers this year ranged from Stephen Hawking’s theoretical physicist partner-in-crime and festival regular Professor Sir Roger Penrose, to Orwell Award-winning journalist Yasmin Alibhai-Brown.

A day might start, armed with a strong coffee, at 10am sharp with George Galloway preaching his vision for Brexit and move swiftly onwards: a debate about whether the self is an illusion (chaired by festival founder and post-realist philosopher Hilary Lawson, who could be spotted, rock star-esque in a leather jacket, greeting fans as he circuited the site); tasting craft chocolate with Professor Barry C Smith as a way to discuss the psychology of the senses; guitar-strummer Donovan musing on his life and the influence of George Harrison and LSD respectively; a lively debate about drug and alcohol policy with Bristol West MP Thangam Debbonaire, where members of the audience guiltily sipped prosecco from neon green plastic glasses.

Talks go on at three or four venues around the site at any one time, queues snaking around corners as people politely wait to be let in. The pace of attending an intense debate every hour can be exciting or relentless, depending on how effective that morning coffee was. “I can’t go to the 6.30pm,” a woman sat behind me said to her friend, as we waited for a panel discussion with David Blunkett to begin. “I’ve got to have time for a disco nap.” 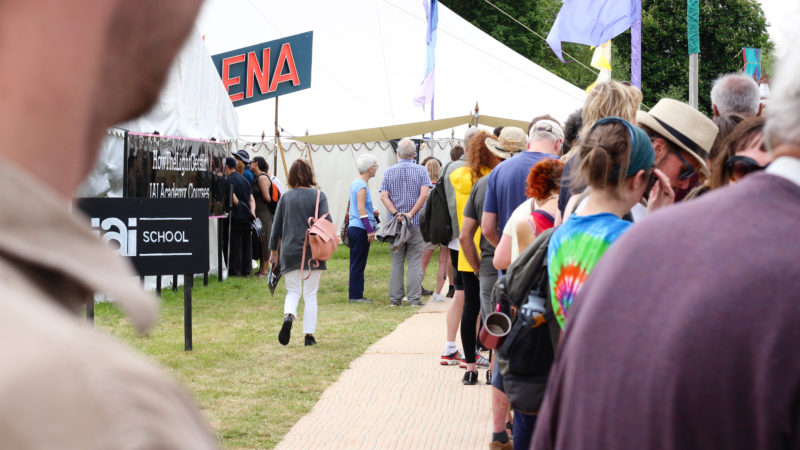 Festival-goers queue before the doors to a popular debate open

Happily, there were plenty of other things to do when listening got too much. Stalls sold souvenirs, games and clothes (though feathered leotards seemed a little too much for the slacks-wearing audience), there was a 16-seat cinema tent showing documentaries near a yoga and relaxation zone called Bohemia, and a fully-stocked bookshop, run by Blackwells, was where many of the speakers congregated between engagements.

Bristol-based poet Beth Calverley brought along The Poetry Machine, and sat at her typewriter below the fluttering flags of the central bar, dreaming up personalised stanzas. A man in a straw hat had his head down as he sat and listened to what she’d written for him. “That’s incredible,” he said quietly, and wiped his eye behind his glasses.

The more spacious festival site made for a decent food and drink offer, too. The Waterfront Bar and Kitchen, decked out in luxury barn chic with sheepskin rugs on long wooden benches, was busy throughout the weekend selling sit-down meals of fresh pasta and gourmet burgers. From stalls around the site there were delicious oven-fired pizzas, alcoholic ice lollies, vegan dhals, and a bar where the tips jars had intricate biro portraits of philosophers taped to them. 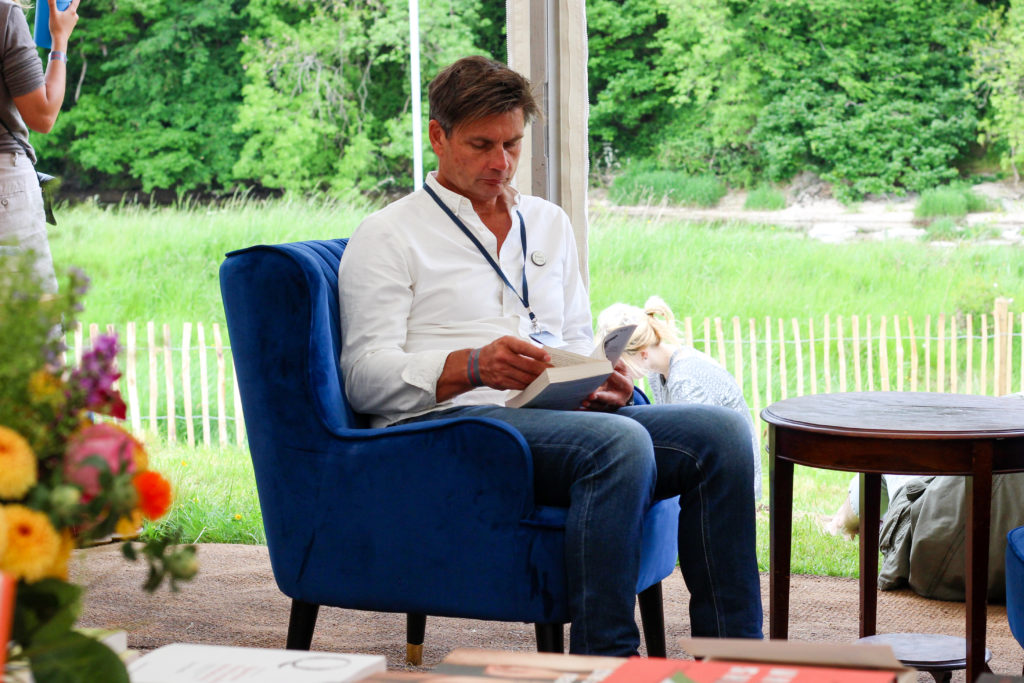 The change from previous years’ small venues, where you might get turned away if you weren’t in the first half of the queue, to this year’s cavernous marquees that could hold everyone, was double-edged. As the talks ended in the evening and were replaced by a programme of music and comedy, venues had to double up. Teams scurried in to remove chairs and bring drum kits and amps into spaces that up-and-comers were never going to fill. When melodic sequin-wearers Hannah and the Heartbreak took to the stage as the opening act on Saturday night, the audience was dwarfed by the room – like being back at a school disco.

However, the calibre of entertainment was far higher than in previous years, with the festival team clearly making a real push to attract a younger crowd during the evenings. Headliners Anna Calvi, Donovan and British Sea Power wouldn’t be out of place on the bills of much bigger festivals, and brought a somewhat reserved audience out of their shells to dance. In the smaller venues, especially the People’s Front Room, which dripped with fringed lamps and gloriously ugly rugs, musicians supported each other with borrowed instruments, off-the-cuff collaborations, and whoops of appreciation as sets came to an end. 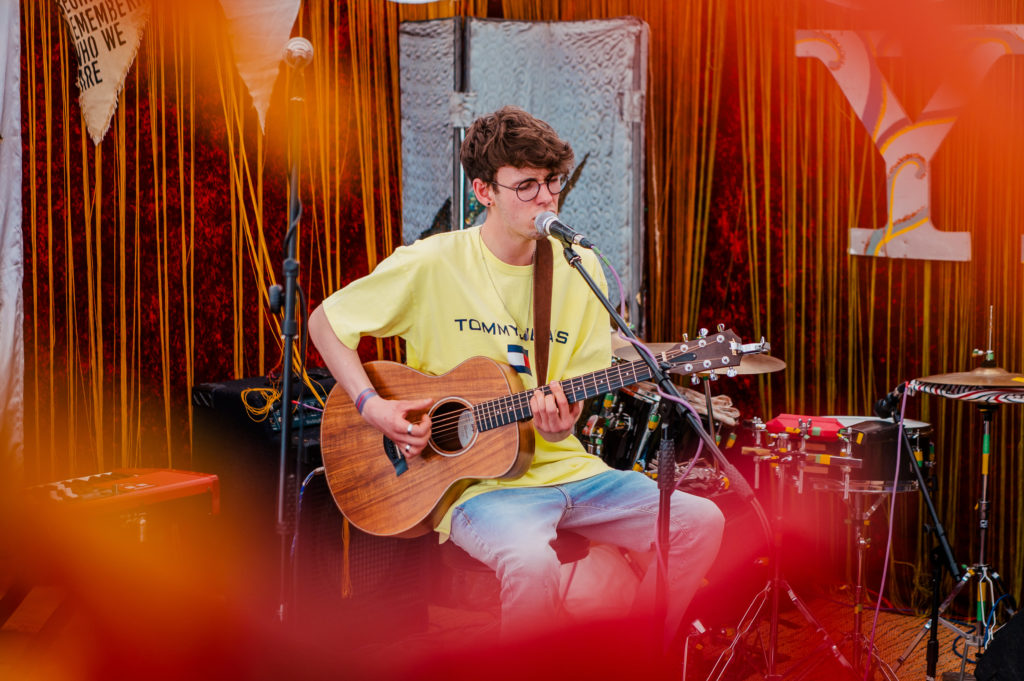 The People’s Front Room was the most intimate of the music venues. Photograph by Matt Eachus

The biggest cheer of the festival was reserved for Monday evening, when Blaenavon Male Voice Choir finished their set with the Welsh national anthem. The men filled the tent with sound as the audience clutched at their breasts like it was the final of the Six Nations, and gave the singers a standing ovation.

Raucous seven-piece Tankus the Henge closed out the festival, with a piano that belched steam when the lid was opened.

“We all know that time is an illusion, created by humans,” husked frontman Jaz Delorean as their set ran down and the crowd bayed for more. “So I can make time for one more song.”

How The Light Gets In comes to London from September 21-22 2019. Visit www.howthelightgetsin.org/london for tickets and more information