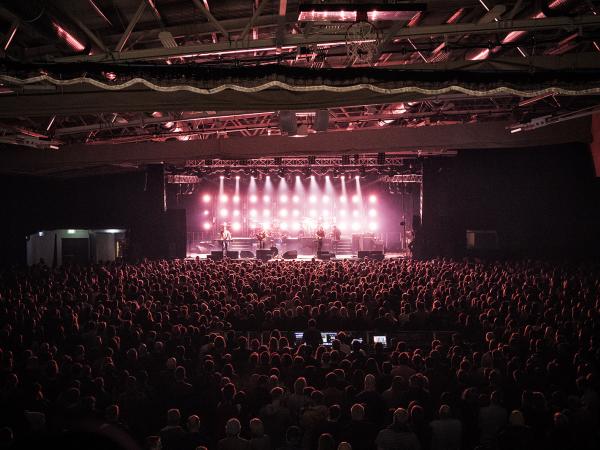 Brilliant, genuinely influential festival – five years ago it introduced the F-Rating, denoting films giving fairer roles to women onscreen and off, a certification subsequently adopted across the globe. No word on the 2019 programme at the mo, but expect premieres, workshops, live musical accompaniment, etc. 2018, by way of a marker, saw the screening of 22 previews, ten feature docs, eight LGBTQ+ films and 36 shorts; 64 per cent of films were F-Rated, with 55 per cent directed by women,  and 17 Triple F-Rated, ie directed by, written by and starring women. (Previously Bath Film Festival)

Indie nostalgia circa 1989-92, hammering home to a generation of men that their fringes aren’t as floppy – or, more likely, as existent – as they used to be. No word on line up yet, but last year gathered the likes of Ocean Colour Scene, Shed Seven, Orbital, Sleeper, and EMF.

Lineup confirmation remains one step beyond press day for this Madness-curated fest. Last time out saw a more diverse line up than you might expect, including David Rodigan, Chris Difford, Horace Andy with Dub Asante, Oh My God! It’s The Church, Dennis Bovell, and Geno Washington.

21st outing for the northernmost showcase festival on Earth. Expect higher profile line up reveals nearer the time, but the first wave of confirmations include Alexandra Stréliski, Boy Azooga, The Garrys, Whitney, and Moses Hightower.

The 2019 line up for the 13th outing of this smartly programmed fest remains under wraps as we write, but 2018 was typical in showcasing names unseen pretty much anywhere else: the Breeders, Devendra Banhart, Vashti Bunyan, Mudhoney, Lydia Lunch, Saul Williams, etc.