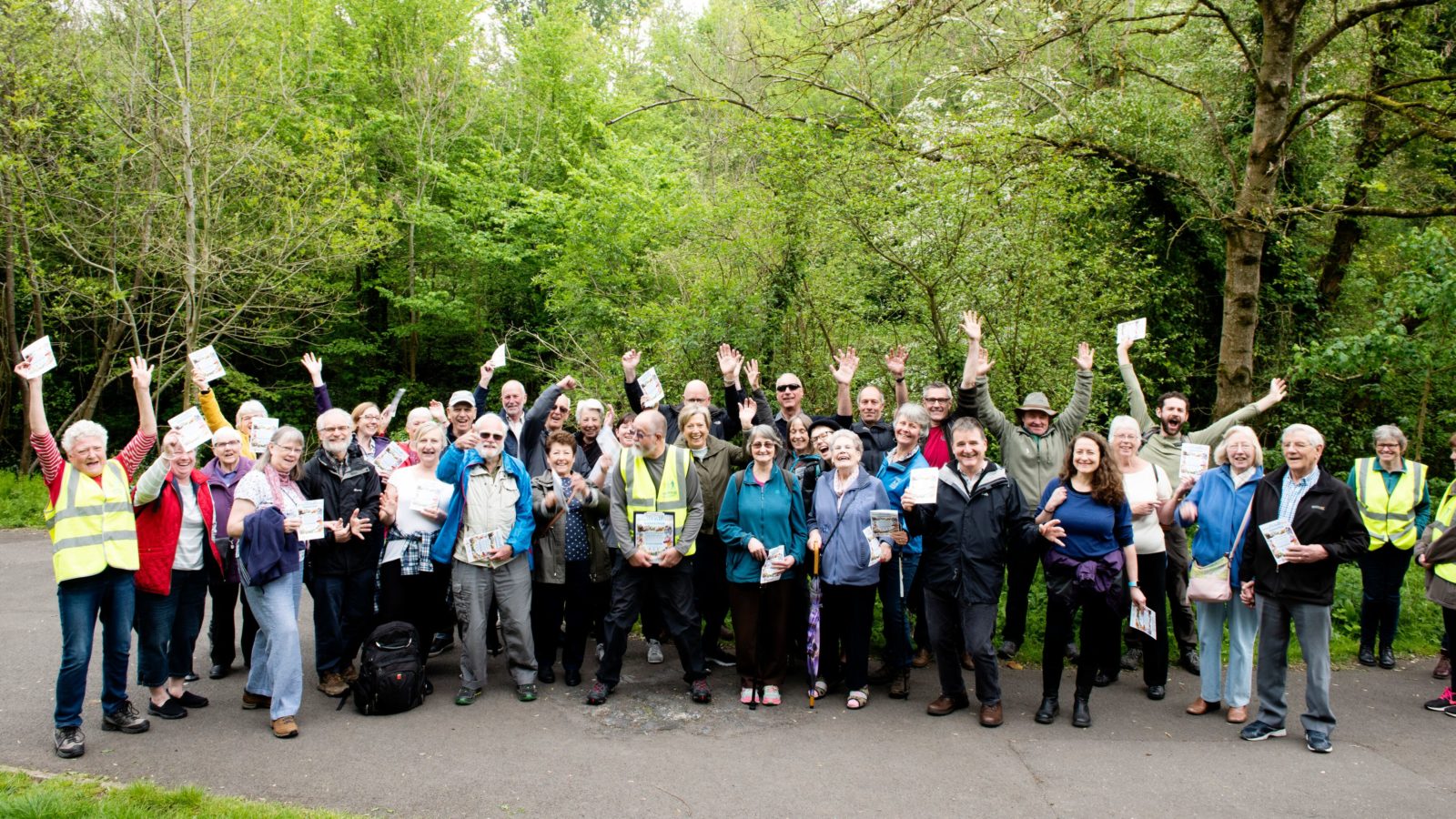 Entering Hartcliffe & Withywood Ventures’ Gatehouse centre on the first day of Bristol Walk Fest, it’s hard to squeeze into the small reception area for so many people.

It’s a hub of noise and movement with old friends meeting, people browsing the second-hand books for sale and registers for the walk being passed around. Most of Bristol Walk Fest’s guided walks are free to take part in, and there are over 250 taking place over May.

It’s just after 10am, and after meeting what feels like half of Bristol, a volunteer in a high-vis jacket announces that it’s time to leave. Starting from the community centre, the walk is a short loop around a nearby green space in south Bristol called Crox Bottom and the group of us (around 30 walkers, six volunteers and a dog) walk along the roads for a few minutes before entering a leafy area that looks more suited to rural England than just outside Bristol’s city centre.

The walk is a simple, gentle stroll along mostly tarmacked paths. A circular route, today’s group are a mix of older people, community workers and health professionals. It’s an eclectic mix of individuals, but rather than feeling like differences divide the group, it brings everyone together. People share stories, tell each other what they do in day-to-day life and share their wisdom. It’s a perfect antidote to the too-common narrative of increased division in today’s society.

Feeling instantly at home in the mismatch of walkers, general practitioner Duncan, who is based in Bedminster, describes a working group that he’s part of which is looking at the benefits of walking on people’s health and how walking can be integrated into a working day.

The path takes a gentle slope and the group stops for a photo, while noses twitch. “Do you smell that?” Duncan says. “Wild garlic.” He points out the white flowers to people in the group.

Carrying on and reaching a small lake, ducks swim and small children throw pieces of bread for them with their mums while a lady called Betty explains how she looks for the ‘wiggle waggle weed’, a type of rush, at every river and lake she passes, although she is yet to have success. 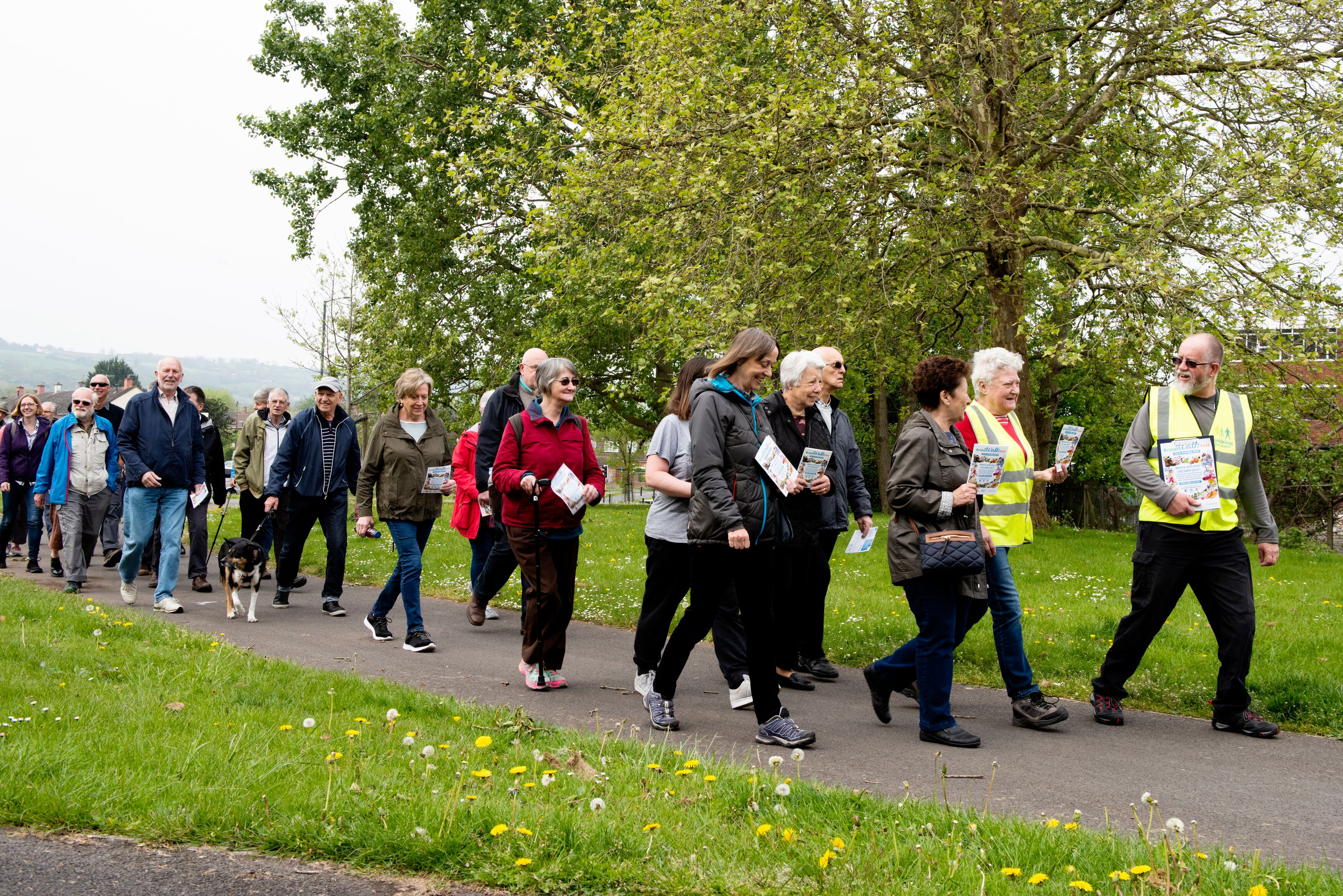 As the group begins to loop back to the community centre, Betty describes the effect that walking has had on her life: “I walk with different groups nearly every day of the week,” she says. “I had to do a presentation with one of these groups for an event and I was explaining what an impact walking had on my life. I burst into tears up on stage! It was quite embarrassing really. But, you know, it shows how much it had changed my life.”

As the start/finish point of the walk, the community centre, comes into view, a Bristol City Council community development officer for Withywood starts a conversation: “We’re basically having to change Withywood and make it better but with no budget,” she says. It’s a sad reality for many local services.

“So many people don’t leave their house in the area, there’s real isolation,” she says. “I wanted to try this out so I could go back to the people I work with so I can say ‘look, there’s things out there. There are people that think like you.’”

Upon return to the Hartcliffe & Withywood Ventures’ Gatehouse, around half of the group disperse. The other half of the group make their way to The Hive, a small shop-come-community space, for a biscuit, a cup of coffee and a chat.

With elevenses beckoning, people reach for bourbons and custard creams and discuss the walk. Some are seasoned walkers and some are newcomers, but what’s clear is that everyone appreciated the friendliness and sense of community that Bristol Walk Fest preach and practise every year.

Find out more at www.bristolwalkfest.org