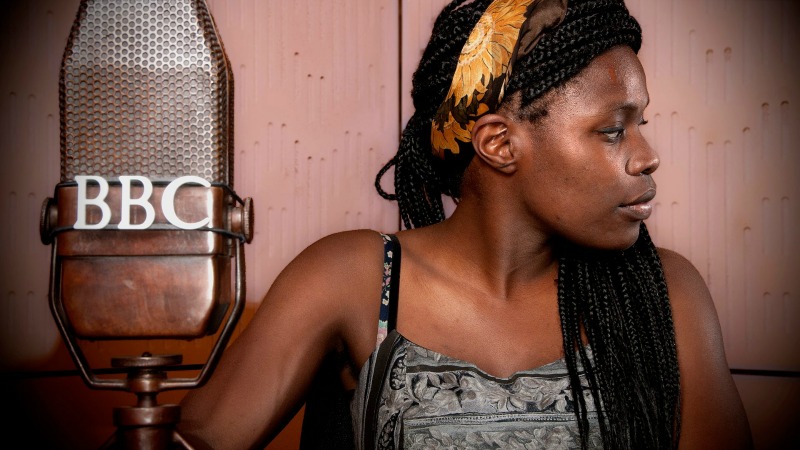 Walking into The Wardrobe Theatre, the first time I had attended one of their productions at the Old Market Assemblies, my ears pricked up to attention as familiar Afrobeat and 90s R&B weaved down the corridor. I smiled in anticipation because even though I had no idea what was to come, the excitement was building.

Having been a follower of Vanessa Kissule’s spoken word since seeing her in a production of Tongue Fu at Bristol Old Vic a couple of years back, I knew the content of the show would be raw and truthful, just like her poetry. She is a wordsmith, that’s true but there’s a difference between being stringing words together to make a picture and being a performer. As part of Ferment Fortnight, Kisuule put on her first one woman performance called ‘Sexy’.

The show description was as follows:

“I have been obsessed with the word ‘sexy’ my whole life. Isn’t everyone?
This scratch performance confronts our contradictory relationship with our bodies and sexiness. Through dance, spoken word, comedy and various states of undress, I will explore our obsession with what is ‘sexy’ and whether this ultimately empowers or traps us.”

Kisuule’s perfectly balanced through words and delivery a nuance that every woman experiences; craving acceptance through being seen as sexy and then almost immediately judging yourself for it. Her comic timing was flawless, switching with ease between ‘lustful temptress’ to ‘awkward comedian’. The show was in no way meant to explain what sexy is but rather, weave with the audience through the tangled web of expectation that society puts on women and that they put on themselves.

The show began powerfully, with Kisuule moving sensually around the stage. Arching her back and rolling across the floor in full seduction mode, only for the movements to become wilder and less controlled, almost like she was losing control of her body – of her decision of what to do with her body. It’s a theme that recurred throughout and resulted in a show that was exhilarating and moving and left tears of laughter in my eyes long after it had concluded… However, what I liked most about it was the questions it left me with and the answers I couldn’t quite find, which is what, I think, real theatre should do.