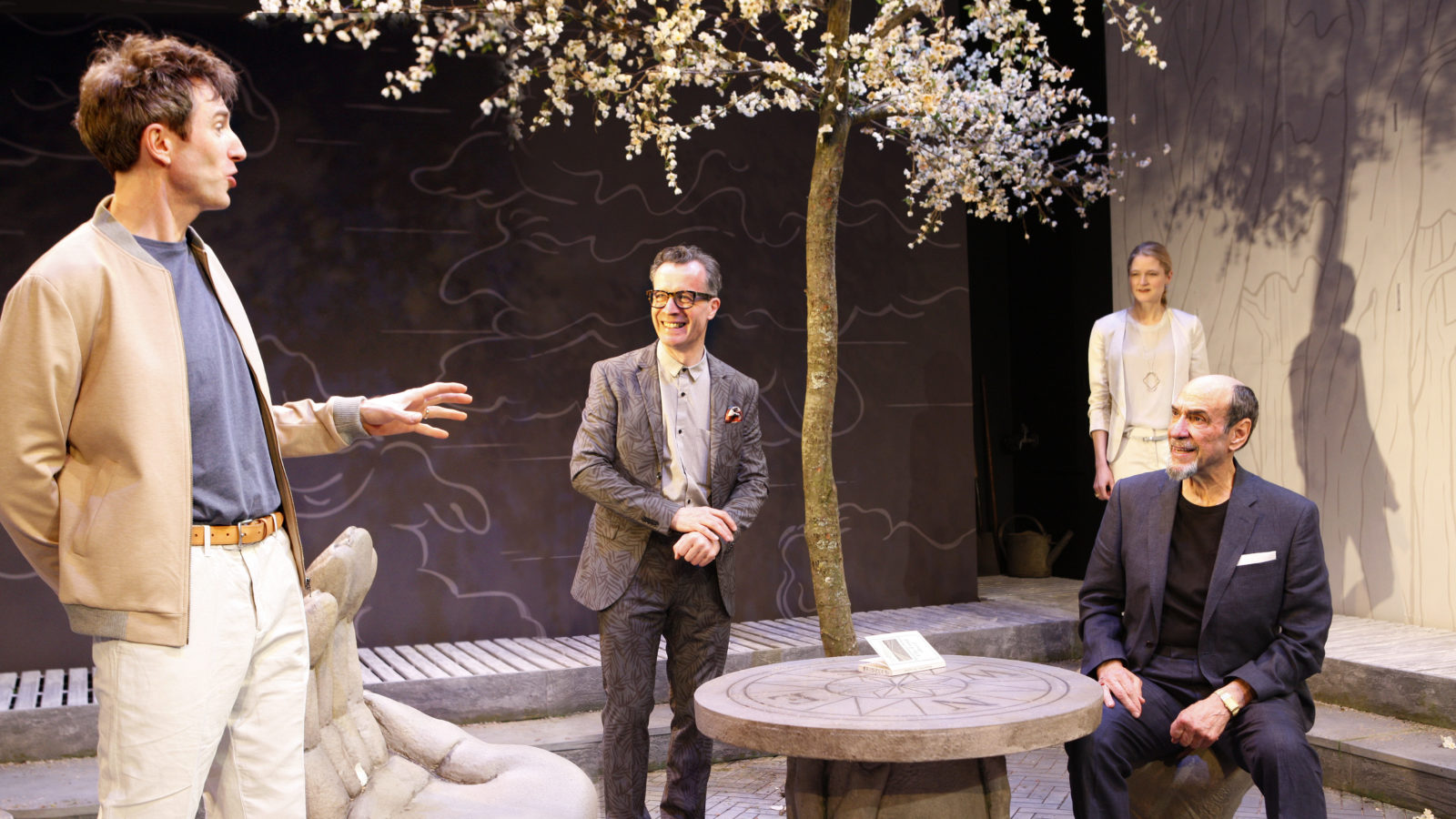 This is a gorgeously mischievous poke-in-the-eye play that runs away from you laughing, taking its ball with it after an oh-too-short 90 minutes.

Ever worried your best work’s behind you? Or are you someone’s career midwife, your own dreams on God’s back-burner? Are you married to a driven “high-flier”? Or, even, are you – right here, right now – caressed by the cognoscenti as “Someone” at their “Peak”?

Then get thee to the Ustinov before May 6, or spend 2017 wistfully listening to the West End’s quiver at the show you just missed. Because if this show doesn’t transfer, everyone’s missing a trick, and that’s an irony too far.

Daniel Kehlmann is quite a playwright, and Christopher Hampton’s translation makes it soar for us. It’s rammed with delicious. It’s simple and wry. It’s kindly and stabbing. And boy, is it fun. 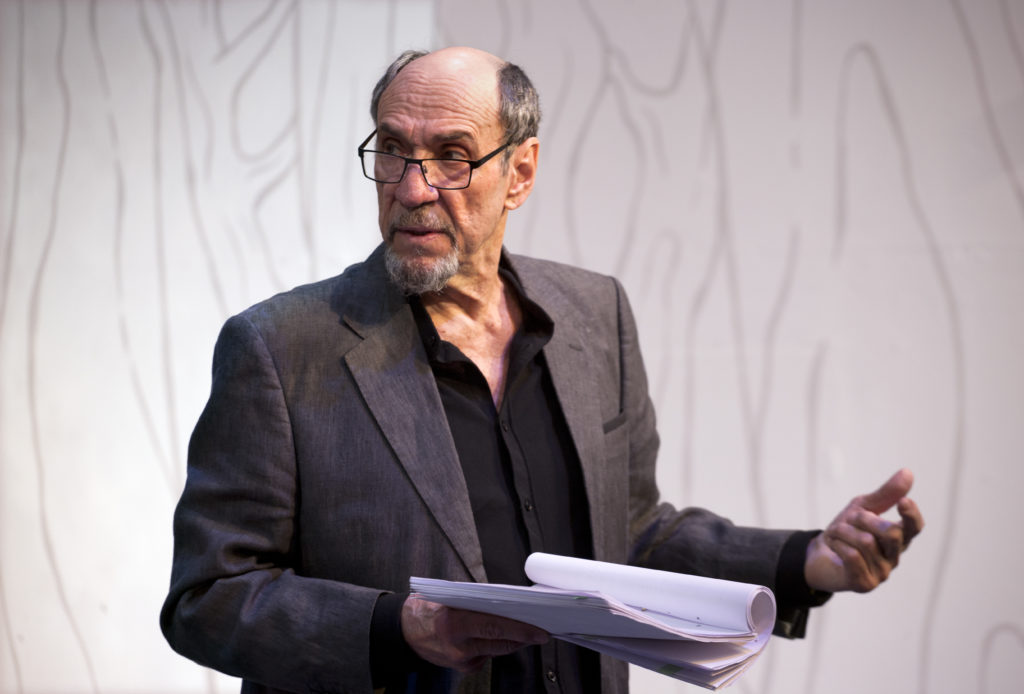 Benjamin Rubin (the magnetic, un-unwatchable F. Murray Abraham) wrote an incredible play when he was 24. And that’s a very long time ago. And today, he’s desperate for the mentoring fee that a week with fresh young playwright and “the voice of a generation”, Martin Wegner (Daniel Weyman with tone-perfect light touch), will bring him. But Wegner’s new script is – well – “what kind of font is this?”

Is it any good? Who’s to say? In fact, what factors determine a play’s success? An agent calling in a favour? A bipolar reviewer on a high? Just being in the right place at the right time? Good art?

When Rubin damns Wegner’s script, in spite of his bluster about “new” theatre versus “old”, Wegner’s ego collapses spectacularly. We’re treated to a view of the shattered fragments that make this man: his need to “be a writer”, to be celebrated and stroked by the “people who matter” – regardless of any artistic experience of creation he might have.

The results of his implosion are more than he will ever see – and when he gets close to real perception, he lies to himself to preserve the comfort of his illusions. After all, all illusions (both on-stage and off) are real. Aren’t they? 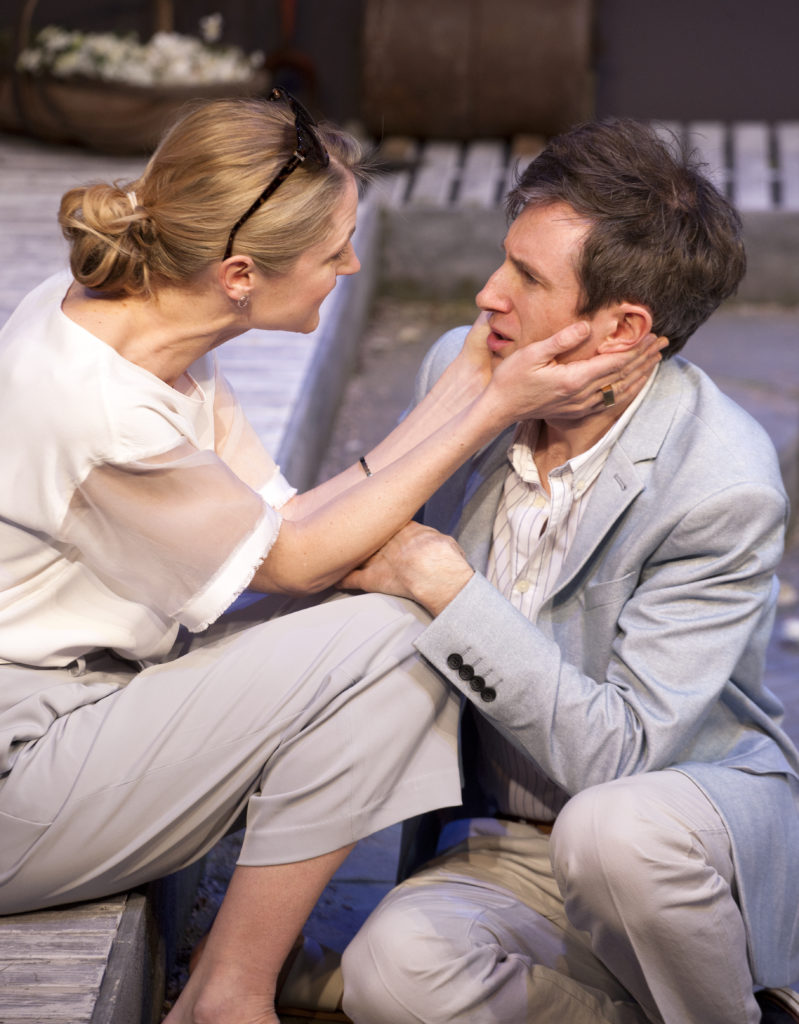 To the left is arts administrator and thwarted painter of “moods”, Erwin Rudicek (Jonathan Cullen in a welcome return to the Ustinov), who brought the writers into this fresh hell. His own artistry limited to an appalling wardrobe, he bristles like a hedgehog at Rubin’s childish bad manners. He is self-damned and self-thwarted until he watches Wegner’s collapse into “uncertainty” (the title of one of his own paintings, gloriously “inspired by Heisenberg”).

To the right, stands Gina (Naomi Frederick in a smartly nuanced performance), Wegner’s art-historian wife: bright, insightful, supportive and patient. Paying the bills, doing the dishes, putting out the rubbish, and all the while, nodding supportively without telling a lie, as her husband heroically carries the mantle of “voice of a generation”. Carrying the wisdom, and perhaps ultimately, the integrity, of this foursome, it’s Gina – the contented historian of art – who pushes her fingers into uncertainty far more than the artists around her.

Director Laurence Boswell has brought a cracker to the Ustinov, and – again – that extends to the artistry of the whole team. Polly Sullivan’s set design is spot-on as a consciously artsy garden. Dave Price’s music is of the highest quality and Sydney Florence and Abi Morris’s costumes complete our immersion.

If it wouldn’t spoil both this review and your pleasure in the show, I’d say so much more. Suffice it to say – in the spirit of the piece – you might enjoy this. It really just might be a very good show indeed.

The Mentor continues at the Ustinov, Bath until Saturday, May 6. For more info and to book tickets, visit www.theatreroyal.org.uk/page/3787/The-Mentor/1386