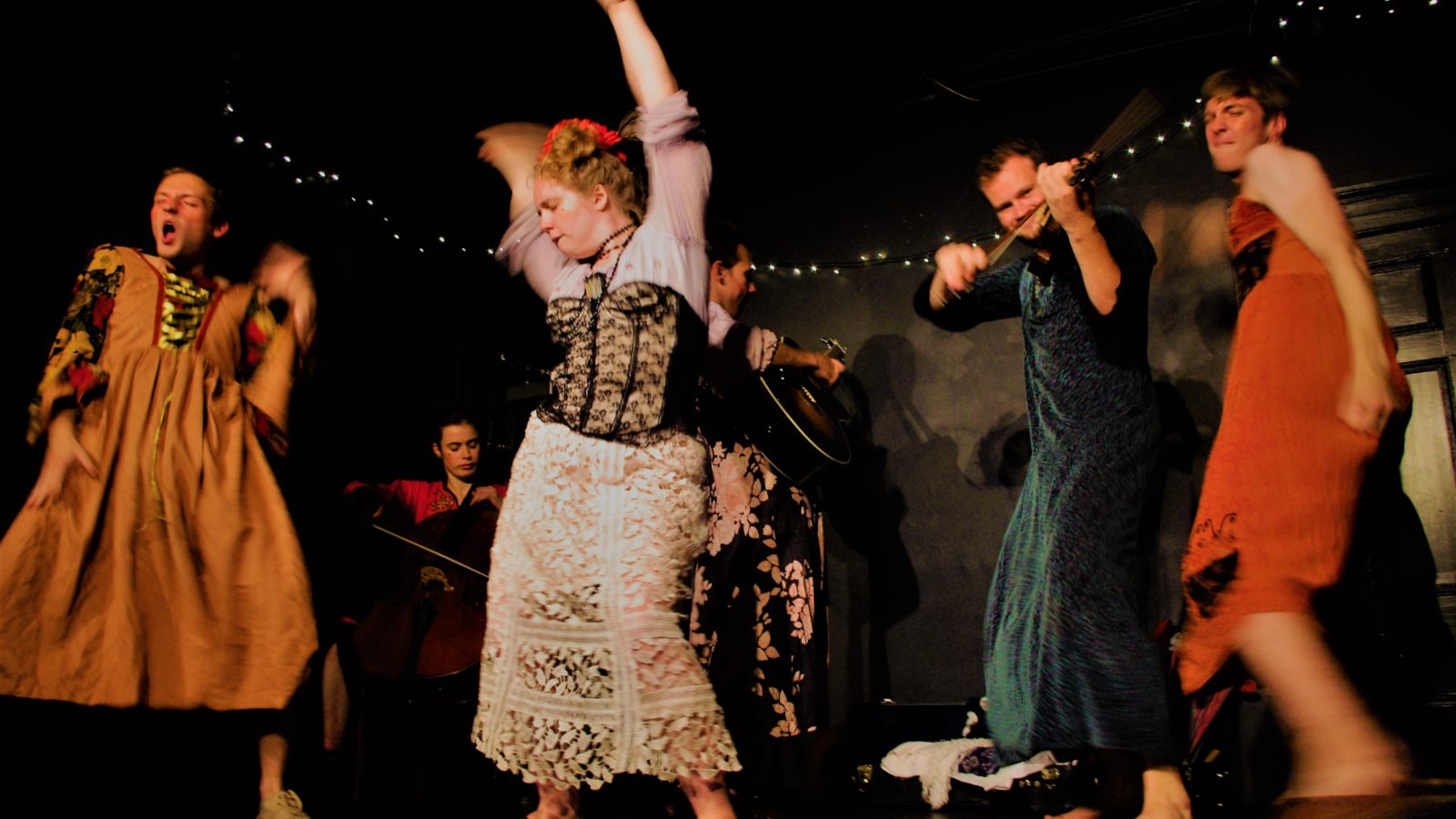 There’s a timelessness to Riddlestick Theatre’s storytelling in their musical comedy The Cabinet of Madame Fanny du Thé. The cast of six brings together the welcoming dynamic of medieval minstrels, the adventurous spirit of 19th-century fiction, and the forward-thinking ideals of the modern day into a wonderful series of tales that span many different genres.

Inspired by the cabinet of curiosities, the show invites audience members to randomly pick travel souvenirs, each of which determines which tale will be told next. A rubber glove prompts the campy Frankenstein horror of a German doctor performing a brain transplant; a blade of grass produces a cautionary tale of two brothers. No two are exactly alike in tone or content, and it’s an exciting and strange possibility that they could be told in any order. 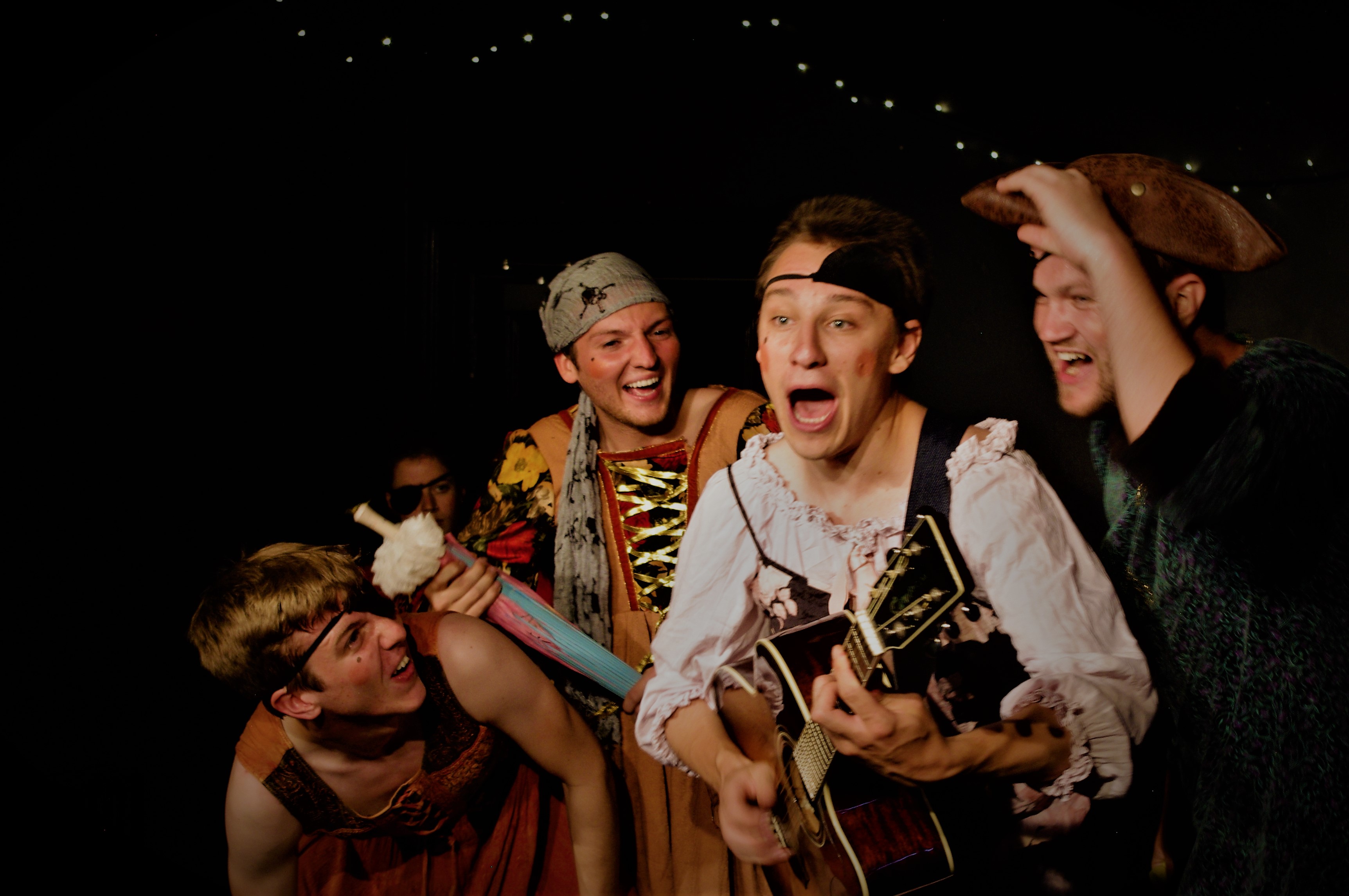 The show is framed around Madame Fanny du Thé, played delightfully by Kate Stokes, who presents herself as an international explorer with an active role as heroine in each story. The characters who appear on her adventures are equally colourful – the cast’s energy is impressive – with a series of amusing villains ranging from a misogynistic pirate captain to a grimy and seductive musician.

The music itself is woven seamlessly into the show, played onstage by the cast themselves who sing and dance in character. The tunes are catchy, particularly the raucous and hilarious pirate song about failed romantic encounters, and the audience is invited to sing along with many a final chorus. 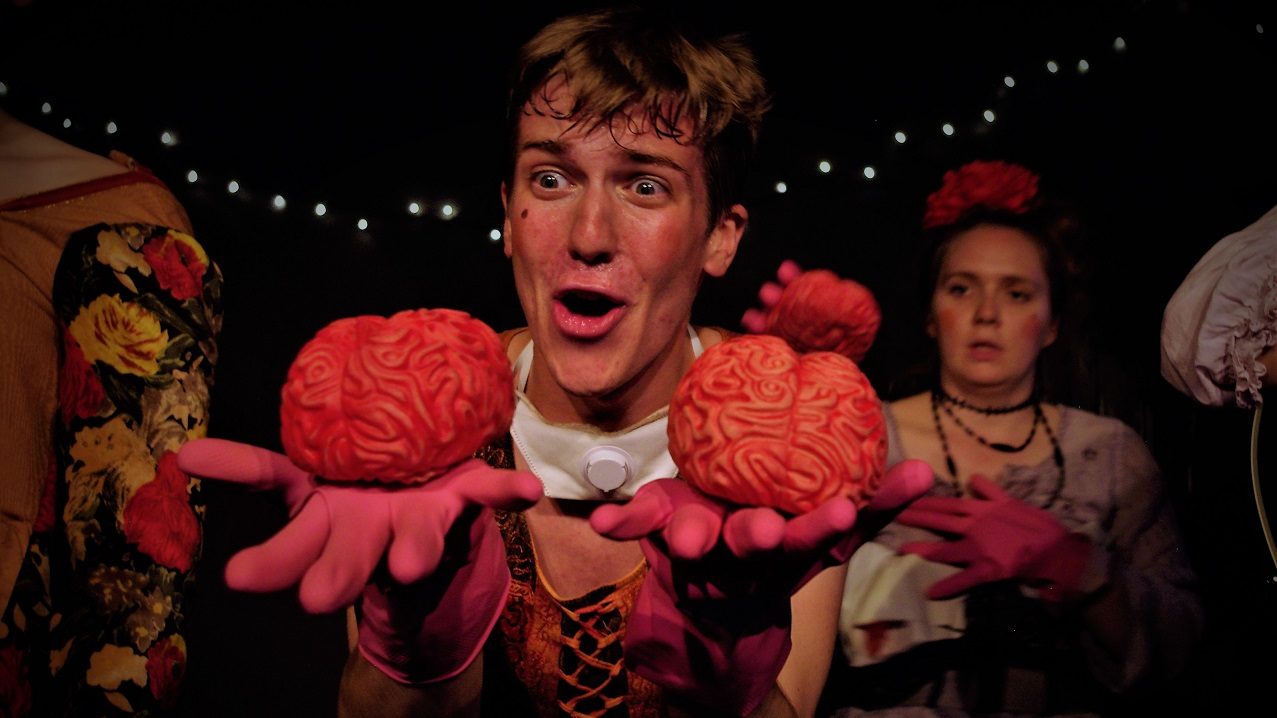 This spirit of interaction is crucial to Riddlestick’s engaging ethos. Each tale thoughtfully invents ways to give viewers an active role in the narrative, whether by making requests of a performing monkey or partaking in the spanking of a defeated enemy. There’s a genuine sense of triumph whenever Fanny executes a plan to vanquish a particular foe, thanks in no small part to the vividness of the world and characters.

The costumes and props create an eclectic toybox aesthetic that also contributes to the imaginative fun of the show. Many are used inventively to convey battle scenes or scientific procedures, evoked without relying on complicated set or over-explanation. The jokes themselves nearly all land, arising from well-written and genuinely funny supporting characters, be they an overzealous taxidermist or a lost sheep. 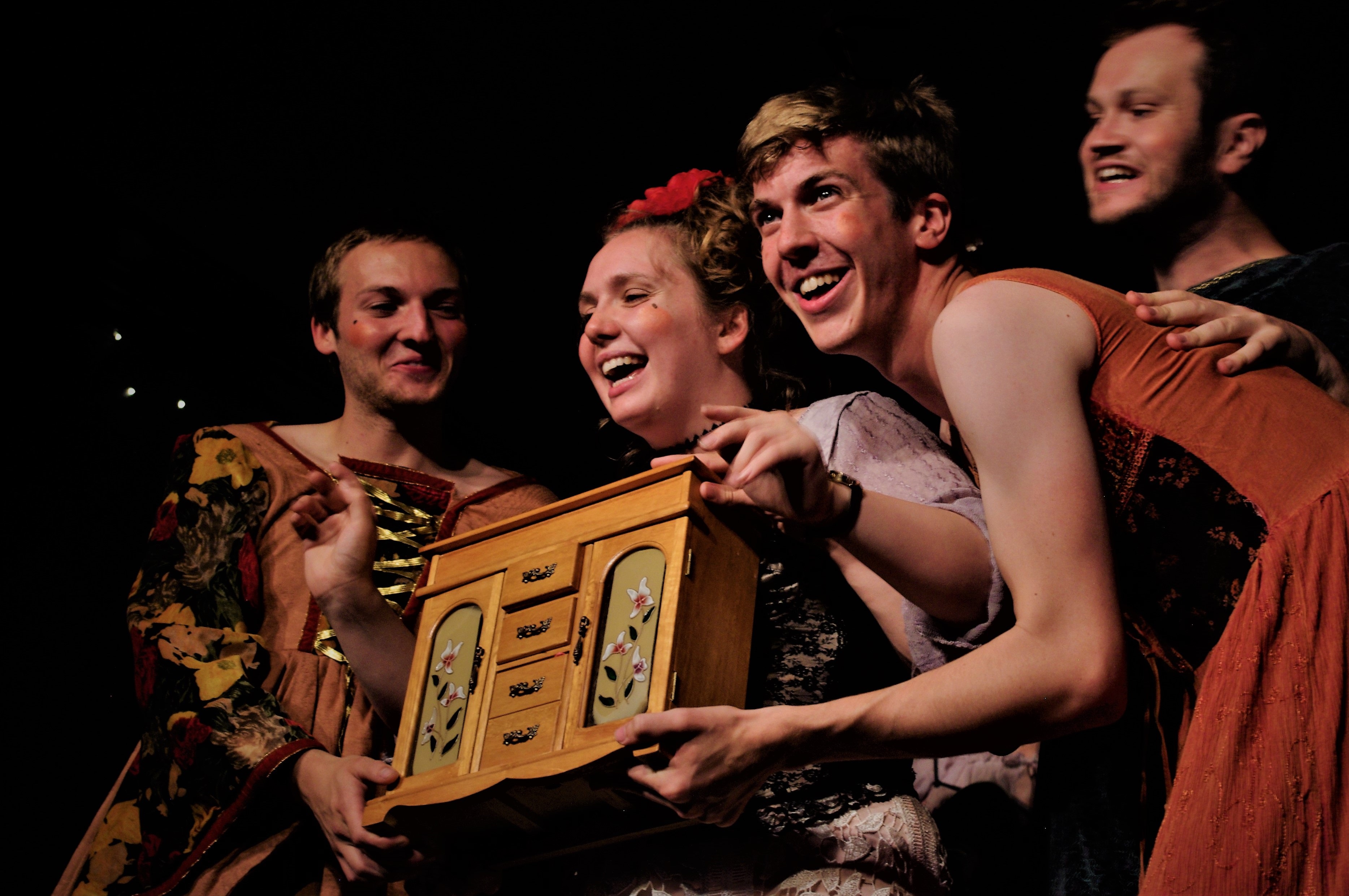 If there is a thematic through-line to the tales told in The Cabinet of Madame Fanny du Thé, it’s the liberation from restrictive gender roles – men and women realising that they don’t always have to think and act the way that they’re told. It’s an uplifting message, delivered in a pitch-perfect final series of contradictory musings that end the show on a rich note.

Riddlestick have created a joyous hour that speeds by at great pace, without a dull moment within. This is creative, imaginative theatre at its very best – and even the greatest cynic will likely be left feeling thoroughly entertained and amused.

The Cabinet of Madame Fanny du Thé was at The Room Above (the White Bear) on July 30 and now moves onto the 2018 Edinburgh Fringe. For more info, visit www.facebook.com/riddlesticktheatre