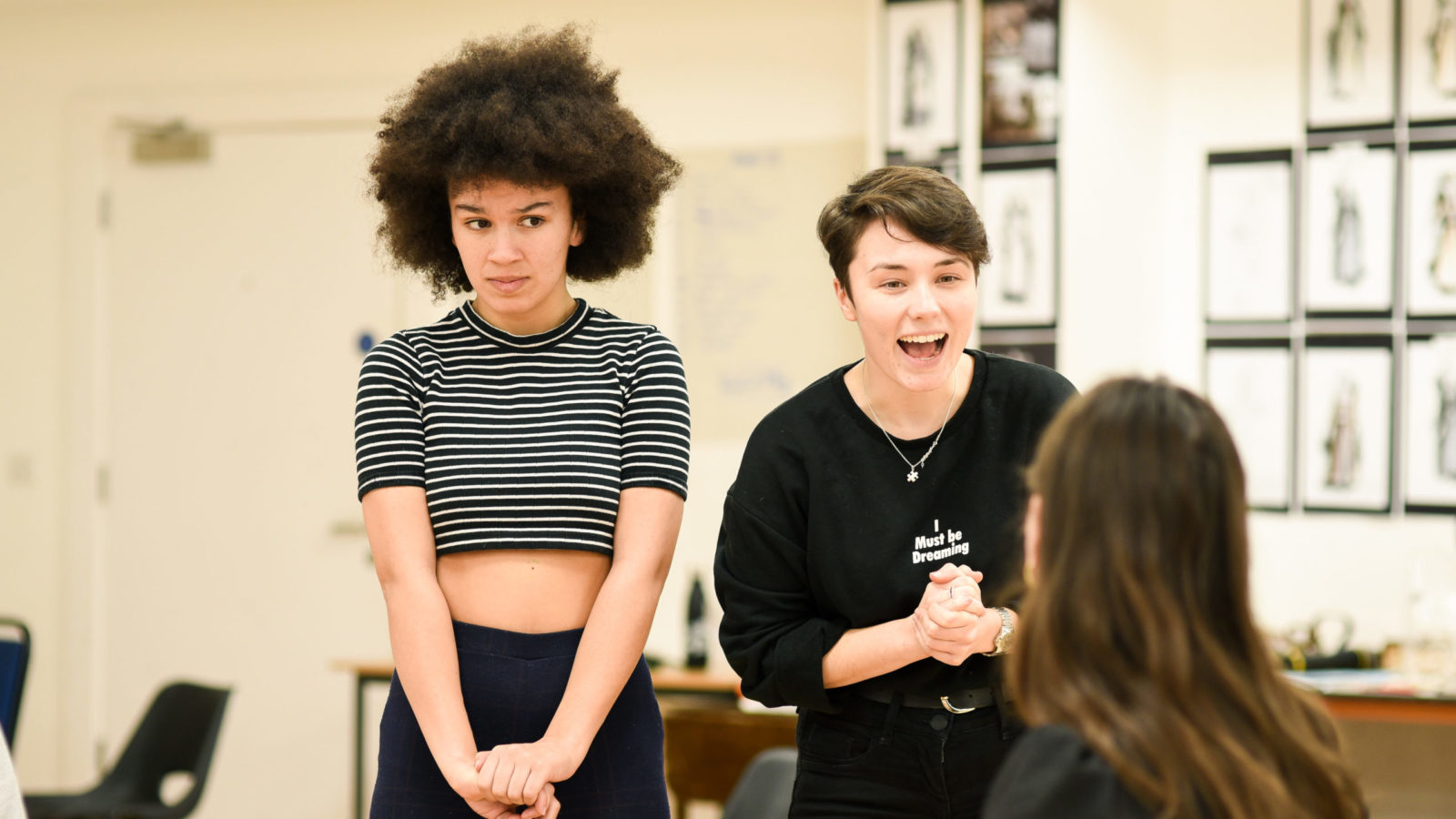 At Circomedia from February 15-22, Bristol Old Vic Theatre School’s graduating actors stage Rebecca Lenkiewicz’s play – the first by a living female playwright to be performed on the Olivier Stage at the National Theatre.

The production is directed by Sarah Bedi, an acting graduate from the School who has gone on to direct multiple productions at the Globe as well as being co-artistic director of BAZ Productions.

Beginning with the pivotal moment of Emily Davison at the Epsom Derby, Her Naked Skin navigates the story of the Suffragettes’ fight for a better future. Their personal sacrifice and militant action is met with incarceration and brutalism, with Lenkiewicz’s story drawing many parallels with democracy and protest today.

Through this setting, the human story of Lady Celia Cain and seamstress Eve Douglas unfolds, showing how female suffrage transcended class and sexuality. Feeling trapped by social injustices and her marriage, Celia is drawn to Eve and together they spiral into a world of hope and chaos.

Here’s Sarah to tell us more.

What drew you to this play in particular… what is its power?
This play explores the Suffrage movement through both the macro and the micro – it zooms out to take in the wider movement and its impact on politics and society, as well as focusing in on a few specific women’s experiences. 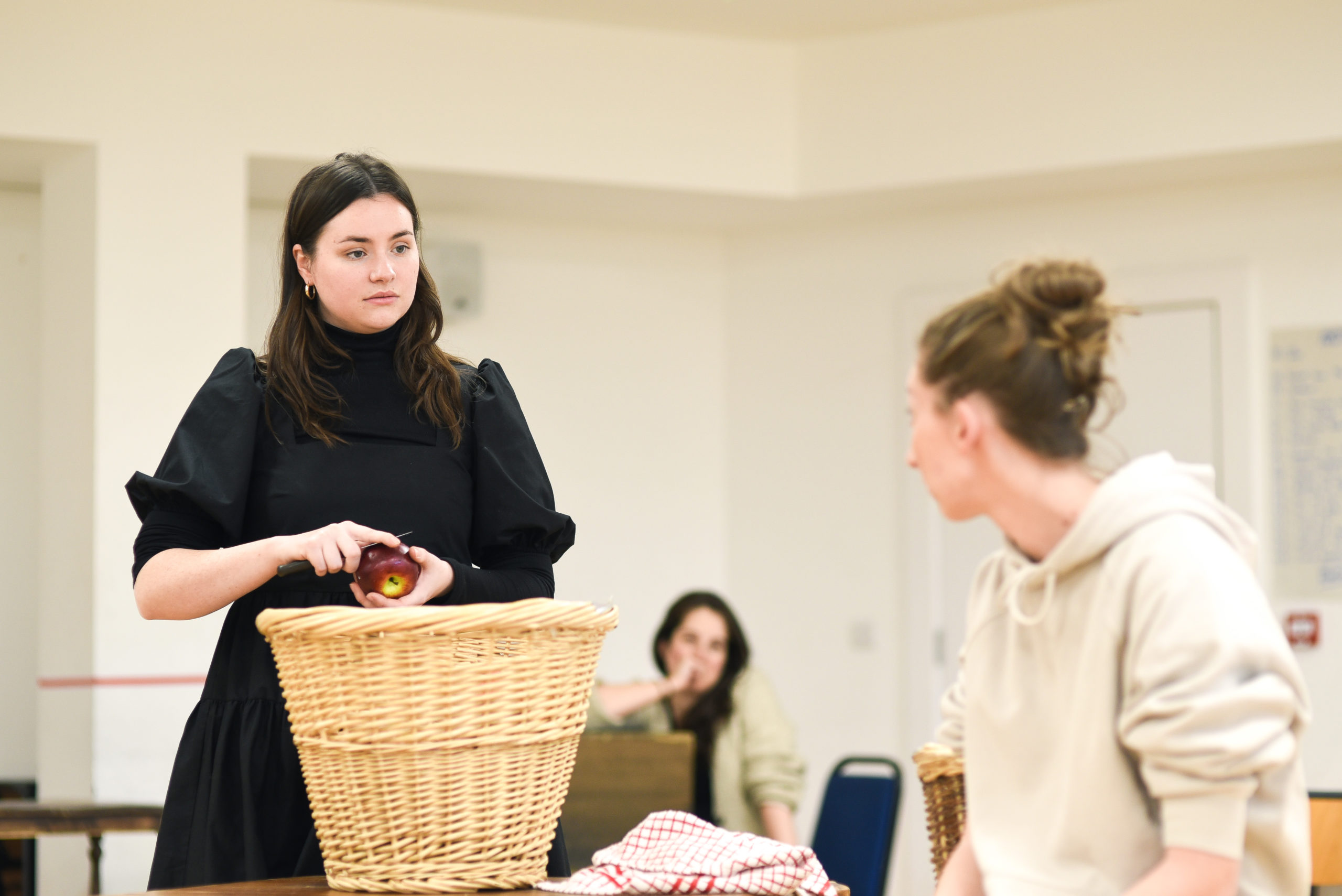 Scenes from the rehearsal room for ‘Her Naked Skin’. All pics: East Photography

Rebecca’s writing is honest and brutal, in that she allows all the characters, whoever they are and whatever they are doing, to be human – this is not a play with heroes and villains. The characters are all real, messy, selfish and courageous: we see people fighting for a better life, and we see what that fight costs; we see characters make mistakes and people caught in the social-politics of their time. There is something beautifully brave about exploring this story in this way.

How has it been working with this crop of BOV Theatre School students?
I’ve been bowled over by their commitment to be honest – right from day one, it was clear that this story meant a lot to everyone in the room, and they have approached it with real courage and conviction. 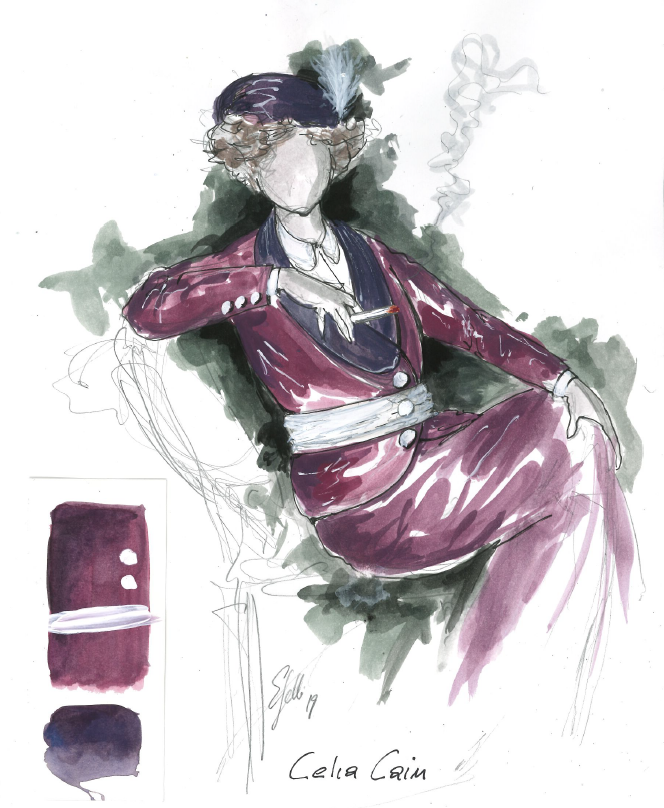 One of the costume sketches for ‘Her Naked Skin’, by costume designer Edoardo Lelli

What impact do you hope the show might have… what would you like to send audiences away thinking and feeling?
I would love audiences to leave reflecting on our own lives and the choices we make. What are the structures that prevent us from living as our true selves? What are we individually prepared to sacrifice for what we believe in?

How strong are the parallels that Lenkiewicz draws between the Suffragettes and modern protest movements?
My feeling is she is writing as much about now as she was about then: that she is using the Suffragette movement to explore our lives today. Interestingly, this play was written around ten years ago, and in the decade since so much has happened, from #metoo to #timesup, from public scandals around consent and abuse, to the rise in hate speech and violent crimes against various communities. Sometimes, in rehearsals, it has felt as though the play is more relevant today than it was when it was first written. 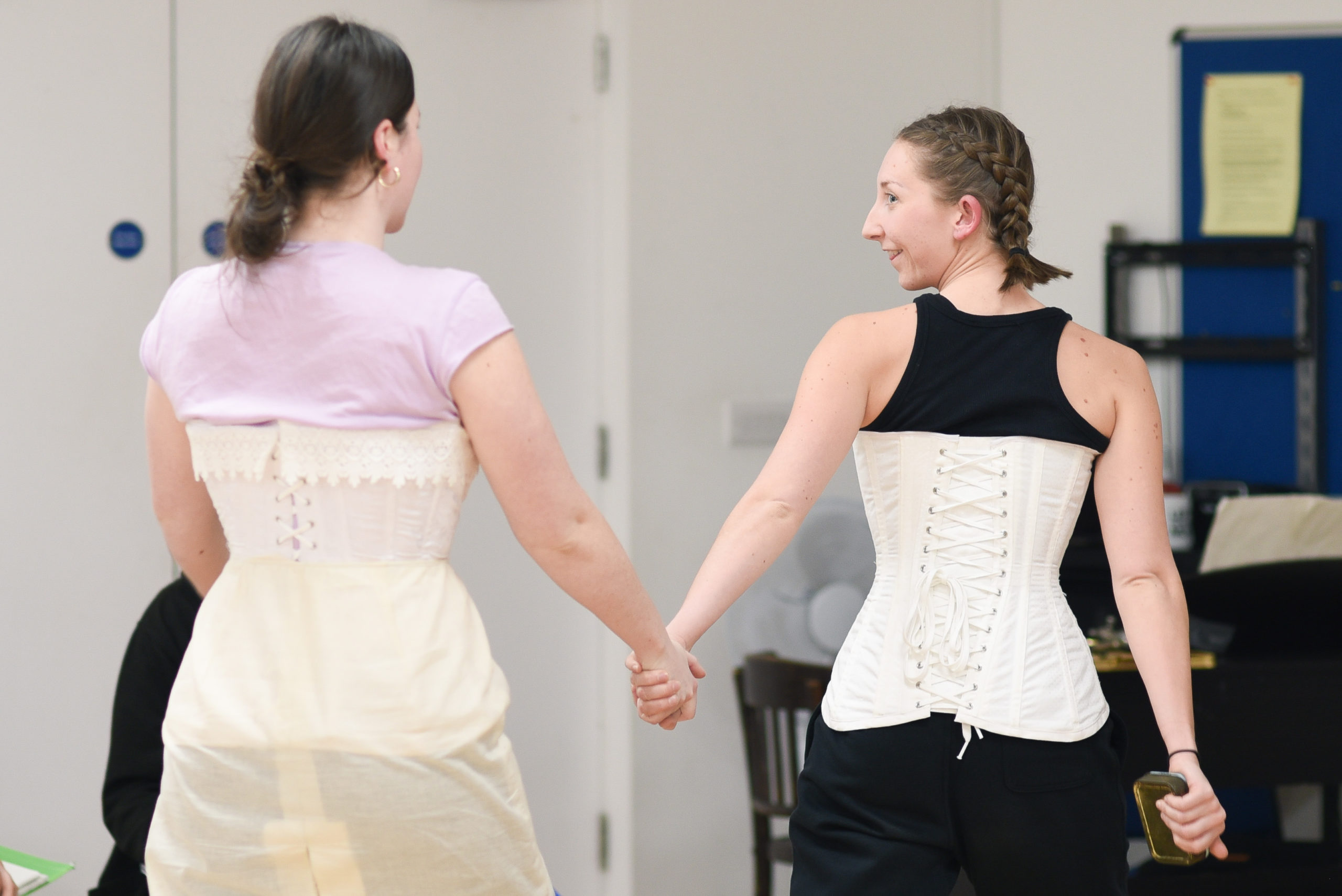 How much do the two elements (the Suffragette movement, and the relationship between Celia and Eve) mesh together, in terms of gender, class etc?
The Suffragette movement, like many modern movements (Extinction Rebellion, for example) was widely criticised for being a middle-class movement that excluded the working classes. Rebecca explores this through the relationship between Celia and Eve, and she also uses that relationship to explore sexuality and identity, in addition to gender, within both the Suffrage movement and society more generally.

She doesn’t offer us any solutions or resolutions, but rather poses questions to the audience. It’s a brave way to write, and I hope the story will give audiences space to reflect individually.

Her Naked Skin is at Circomedia from February 15-22. For more info and to book tickets, visit www.circomedia.com/her-naked-skin