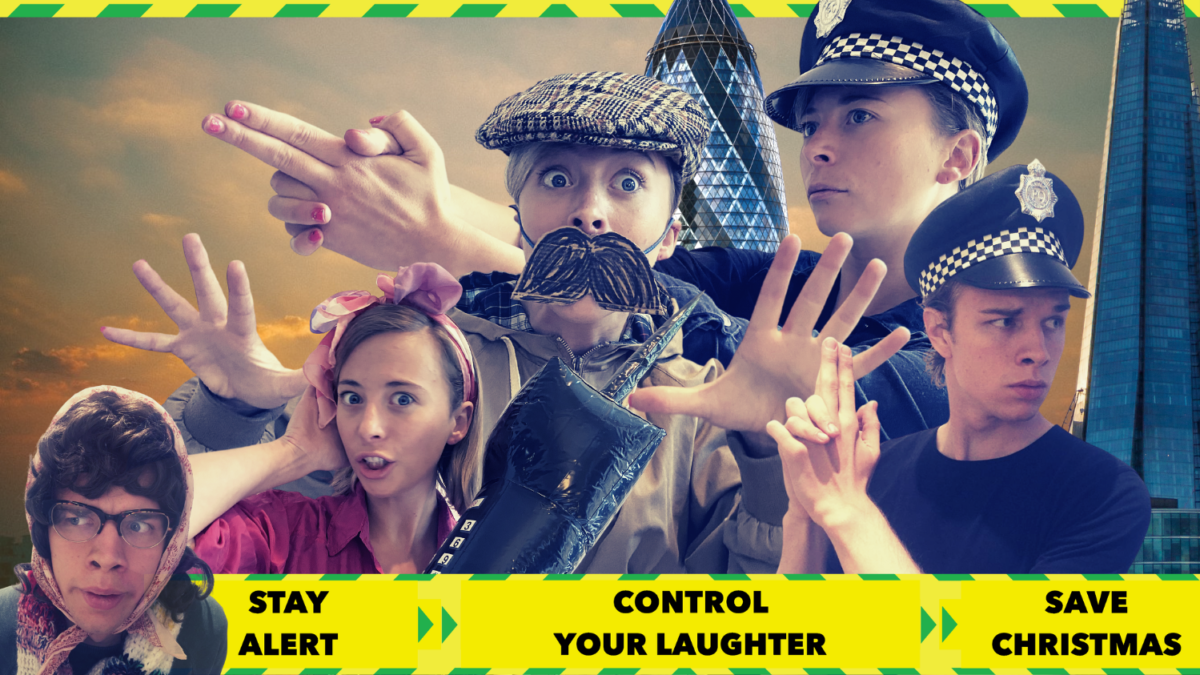 Presented by District Theatre, Murder on the 28th Floor is something genuinely different and yet completely suited to the times we are going through: a 1980s cop-show-comedy-crime caper/whodunnit, performed live from a company’s office, over Zoom, while employees watch at home.

An online work social with a difference; the kick-off or close of a team-building day; a COVID-safe work Christmas Party: you and your colleagues just sit back and watch as two hilarious, madcap 80s-cop-show detectives solve a string of  murders, live, from your empty offices. You are integral to the plot, assisting the investigation, interrogating suspects, exploring your work environment like never before.

​The show has interactive puzzles, games and characters to play for those who want to participate – or you can just sit back, relax, let others do the sleuthing and watch the hilarity unfold.

With District now taking bookings for performances in Bristol, we chatted to actor/writer Marie Hamilton (who penned the brilliant Polly: The Heartbreak Opera at The Wardrobe Theatre in 2018) about this splendidly original office night out (in).

It’s a brilliant idea, particularly for these times. How did it all come about?
We were initially approached by one of the partners at Clifford Chance (later explained to us as being the Man Utd of solicitor’s firms), who knew our work and thought that our particular brand of off-beat comedy could help bring his team together again. At that point they had been working remotely for five months – they’d tried online socials, quizzes, even group workouts, but morale was still low and collaborative working was becoming really hard. 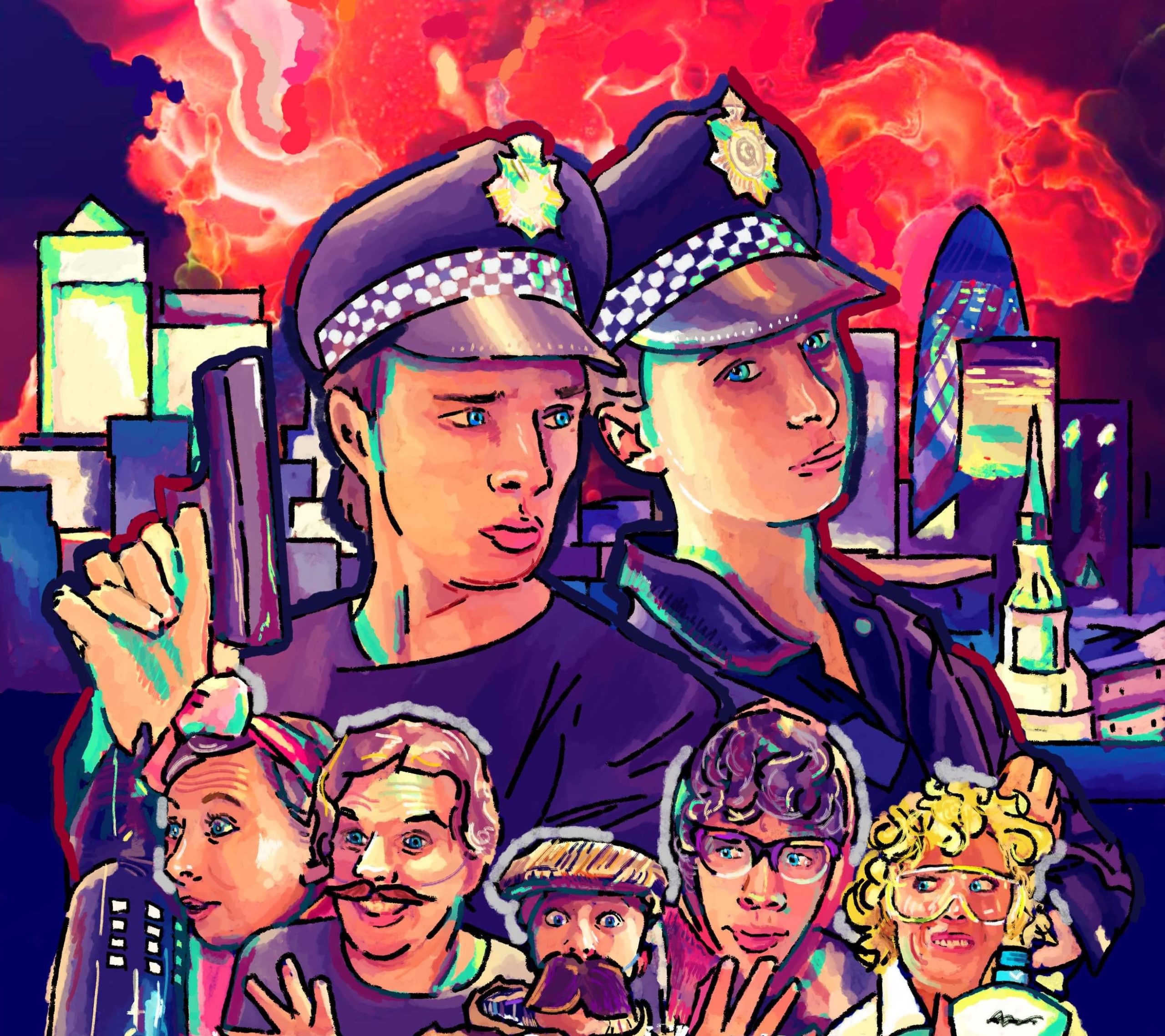 We thought what an amazing opportunity it would be to remind people of familiar, functional spaces, spaces that might previously have been a bit dull, and make them joyful and ridiculous. There’s nothing more enlivening than seeing something or somewhere you know really well totally transformed, so we ran with it. We took Agatha Christie’s And Then There Were None, the vintage Ealing comedy Kind Hearts and Coronets, and Magnum PI as inspiration, added some filing cabinets and a photocopier or two, and we were off.

What’s the experience like for the audiences / workplace colleagues? What role do they play in the action / detecting?
Each audience member can have as active a role as they wish, even to the point of interrogating suspects and drawing identi-fit pictures or giving us directions around their offices in search of the killer. But equally, if they want to sit back, relax and just watch the hilarity unfold without turning their cameras on that is absolutely fine! Not everyone enjoys being thrust into the spotlight and we completely understand and provide for that.

How did that first performance at Clifford Chance go? What went well, what if anything will you continue to work on?
It went so well! We were initially nervous because there’s a lot of tech involved and, although we did lots of runs beforehand, it was still really daunting. Normally in a theatre you would get dress runs and preview performances but, as with everything this year, it was a big unknown: straight in at the deep end, sink or swim.

We’re used to working in both film and theatre but this is basically an entirely new medium, a film you’re acting in, while simultaneously also doing the editing, and the lighting… completely live. It was Clifford Chance’s most highly-attended social during COVID, which was exciting and totally terrifying, but the reaction was amazing. Lots of the audience hadn’t seen their desks since March – and so to see two actors running around the office in a variety of wigs and fake moustaches, hiding in cupboards, finding bodies under their boss’s desk went down an absolute storm.

How do you prepare for each performance? Do you need to get to know the building and tailor a suitable storyline to it?
It really depends on how much the company would like it to be tailored for them. For each show, we research the company to get an idea of who we’ll be performing for, and then if they go for the personalised version of the show, whoever is in charge of the booking fills out a short questionnaire so some of the plot can be directly tailored to the team, making it as unique and special as possible.

Then, on the day, we set up the cameras and props and translate the show into the new space, working out where the bodies will be hidden and which corridors would be best for our 80s-cop-show chases. The show’s structure is really flexible for any kind of personalisation: we worked in a stuffed fluffy orang-utan that was a sort of office mascot for one company, we’ve designed a story around another’s ten-year anniversary , and we will change the title to Murder On Such And Such Street or Murder In The So and So Building to make each one as unique as possible for our audience.

Tell us about the style you’ve gone for. Why 1980s in particular? And comedy / cop show / whodunnit – is it quite easy to merge these different genres?
80s cop shows are brilliantly ridiculous: montages, moustaches, Hawaiian shirts, high-speed chases, theme tunes with saxophone solos – they really have it all. We loved the idea of juxtaposing those things with something as mundane as a corporate office. 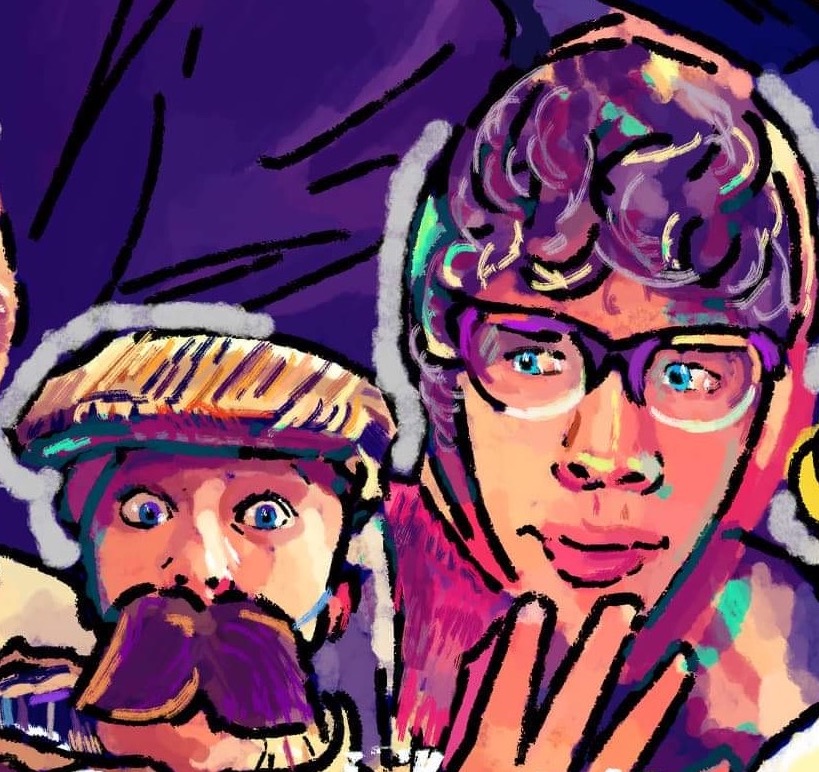 Whodunnits also allow the audience a really active role in the storyline: they’re searching for the killer and really engaged in the whys, whats and hows, and they naturally have really high stakes which is great for comedy. We wanted to bring as much fun and silliness to it as we could, this year has been so hard and people really need a good laugh.

Murder on the 28th Floor is taking bookings for performances in Bristol from November 2, 2020 to January 29, 2021. Running time 40 minutes. Bookings enquiries can be made online at www.districttheatre.co.uk or by email info@districttheatre.co.uk. No minimum, but between 20 and 40 participants is advised.