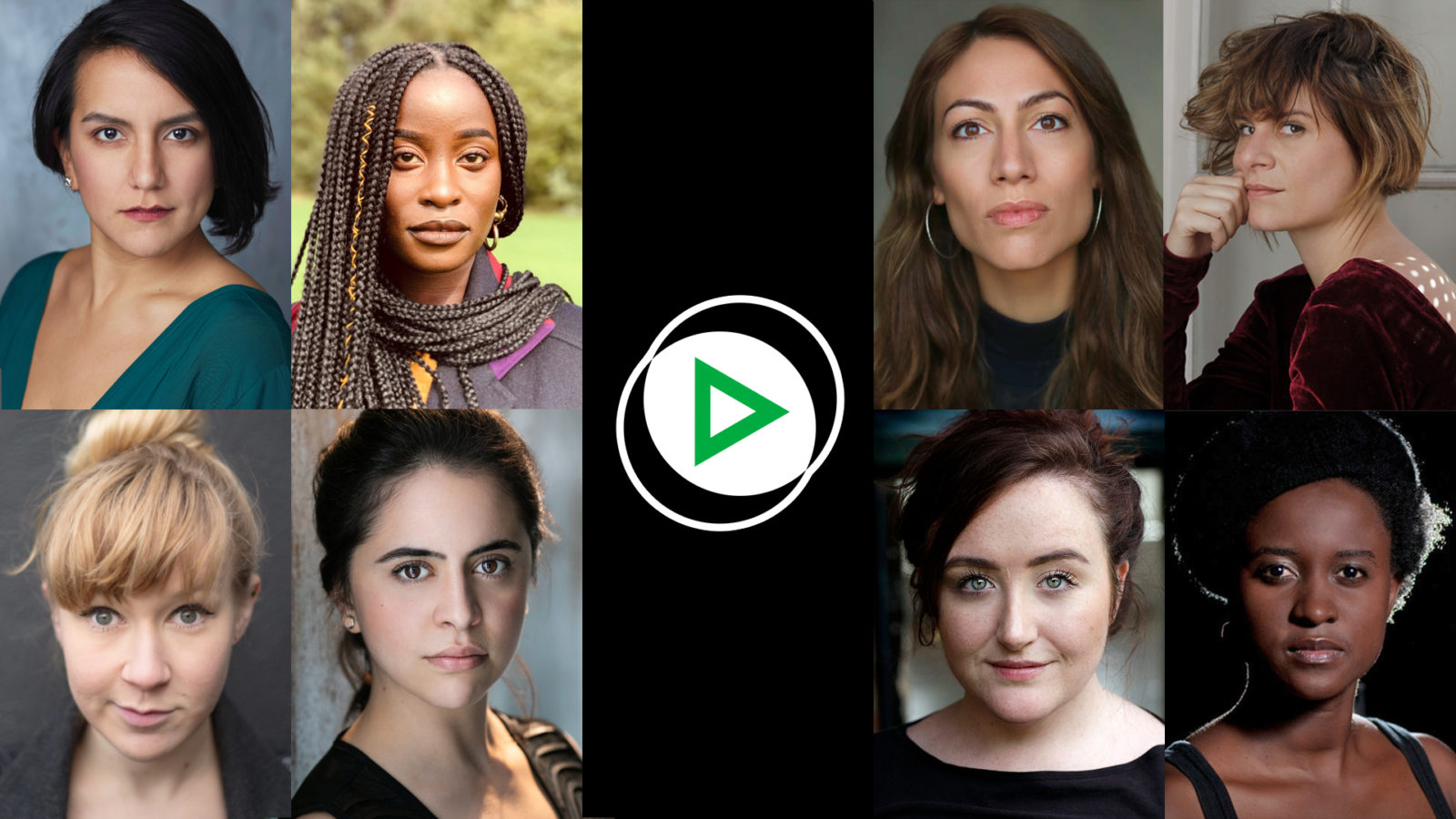 Written and performed by an international female-led creative team, these six original pieces explore connection and empowerment in our current uncertain times of isolation. 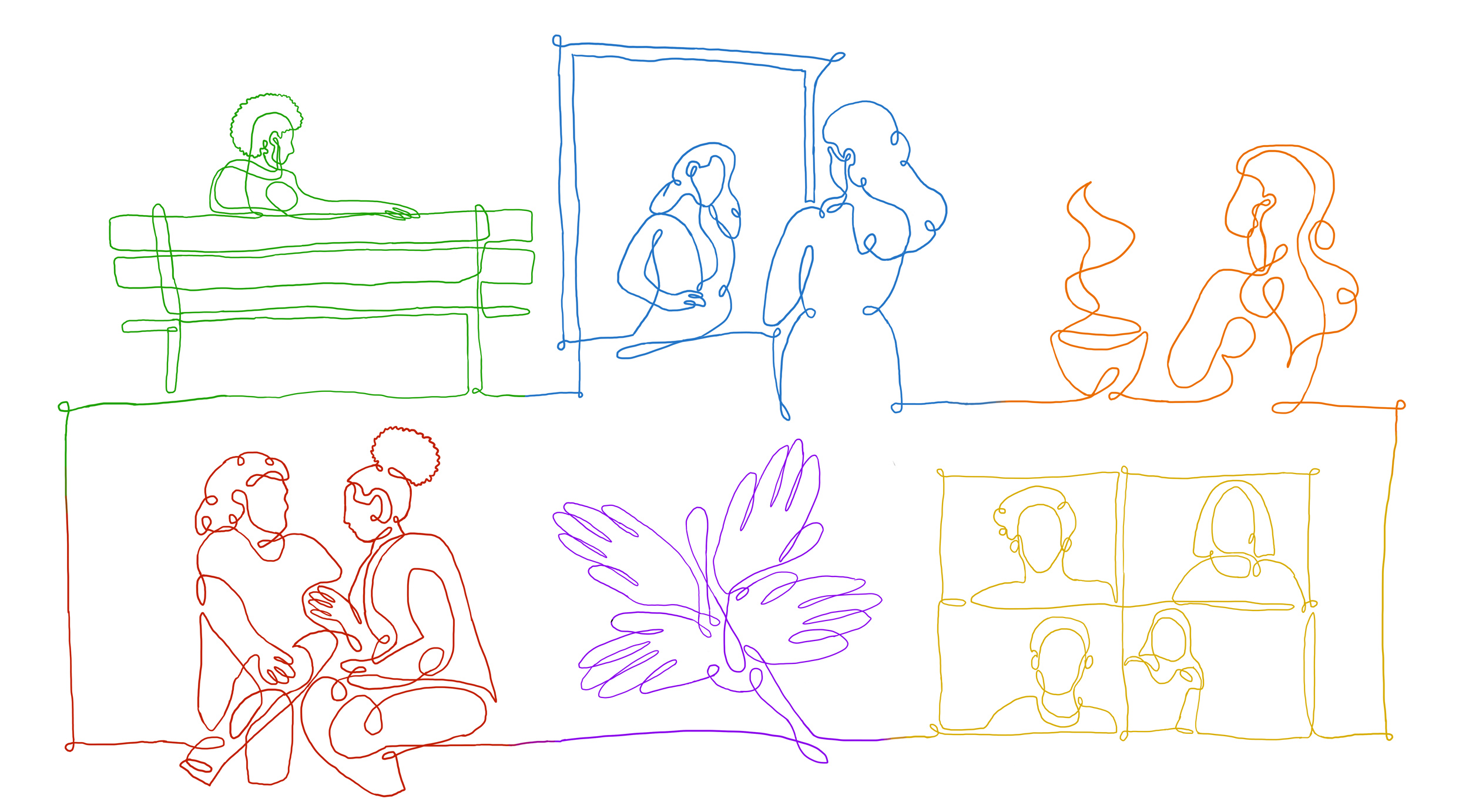 The season will feature Food of the Gods, a new community digital audio and taste project, taking place in Bristol. Delivered in partnership with the charity Womankind Bristol, that was set to help women improve their mental health and well-being, this play is a special experience to be enjoyed with locally-sourced chocolate, which will be delivered to the Womankind’s Befriending volunteers and clients. The other three audio plays – Feast, Mirrors and Half Acre – have been ‘set-designed’, with audience members asked to be in a certain location to experience the play. These are simple locations which can be accessed relatively easily and safely – a kitchen, in front of a mirror, and a park bench.

Popelei are writing and devising duo Tamsin Hurtado Clarke and Scarlett Plouviez. They have directed several pieces in the season together, and Tamsin also performs in Mirrors, Half Acre and Food of the Gods.

Tell us how Press Play came together. What are your aims for the project?
Tamsin: Press Play is a response to the devastating impact of COVID-19 on live performance. We miss being in theatres – the audience packed in together, the lights going down, the actors squished backstage and sweating in anticipation.

But this year offers us, at least, a chance to experiment, to reach out to other artists that we’ve been desperate to work with, and to start to figure out together how we can offer audiences something different.

Scarlett: The aim with this season is to give audiences an array of choices as to how they can experience theatrical stories in 2020, so they can pick and choose what they fancy. Maybe it’s an audio play they experience in the bath whilst eating a box of chocolates, maybe it’s a piece that asks them to take a fresh look at themselves in the mirror in the safety and solitude of their own home.

Maybe it’s a play that starts somewhere as innocuous as a park bench or a kitchen table and transports you somewhere magical. Or maybe it’s one of the pieces that take the staid world of video conferencing and completely turn it on its head – one a short film about rituals that was created by artists working across continents, another a live and interactive Zoom show performed entirely in Spanish.

***
Next up, here to introduce the works that they have contributed to Press Play are babirye bukilwa, writer of Mirrors; and Tjawangwa Dema, writer of Food of the Gods, a new audio and taste experience for Bristol (in partnership with Womankind Bristol and sponsored by Zara’s Chocolates Bristol).

Tell us how and why you got involved with Press Play, and why the project feels important to you – at this time, for theatre, for female voices in theatre…
babirye: I was asked by Tamsin and Scarlett to write something special for their new project. It was important for me to find a quote that starts a fire in my belly and write from the gut.

Tjawangwa: I think a big part of what is going to get us through this moment is the kind of pleasure we derive from laughter and kindness, playing basically. When I was commissioned by Popelei as part of their Press Play digital performance season to write an audio play that was somehow in conversation with chocolate I wondered how I might wrap up the mundane facts of chocolate making with the magic of it all.  The experience in its initial stage will have up to 30 guests who are all connected to Bristol women’s therapy centre Womankind and we have chosen to deliver their invitations/links as chocolates courtesy of Bristol’s own award winning Zara’s Chocolates.”

Tell us a little about your piece. How will audiences experience it? Have you written for this medium before? What do you find are its opportunities and limitations? What would you hope to send audiences away thinking and feeling?
babirye: Mirrors is an important play to me because getting into and around the crevice of human existence is a question I ask every single day. The performance of existence under heteronormative, white capitalism is really exhausting, so I wanted to write something in resistance to that. What ever Mirrors makes you feel, I hope it’s abundant. 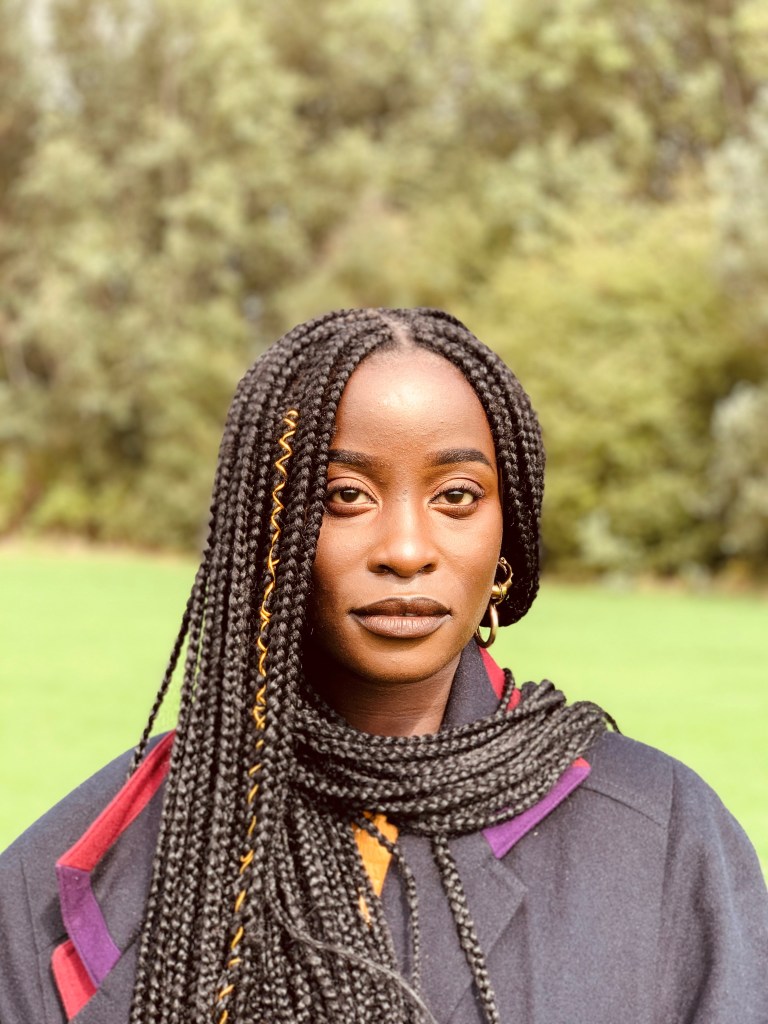 The play is an experience to be indulged in front of the mirror. I have written an audio play before but this was a new realm because the task was to invite the audience, quite personally to look inwards. It’s free and hopefully that means a lot more people can access it. I would hope that whoever listens to it feels present in their body. That’s easier said than done.

Tjawangwa: You know, I think many of us feel quite alone. And though that isn’t unique to this moment it is heightened by the fact that even when we’re out in public, faces are – necessarily – covered in masks and we’re being actively distant. All that adds to this feeling of being apart.

Though the audience will not be in one place, we still wanted this to be an experience – and to engage as many of the senses as we could: touch, taste, hearing, even sight despite Food of the Gods being an audio play. This two-hander is not a vaccine or even therapy, it’s a distraction, a stolen moment to perceive and play together from what I pray is the safety and comfort of all our homes.

Tell us a little about your piece. How will audiences experience it?
Tjawangwa: I had little time but much leeway to be disobedient about form so the play itself is a multigenre audio play – it explores poetry, dramatic monologue and a made-up origin myth. It also benefits from the amazing talents of Natasha Magigi and Tamsin Hurtado Clarke who voice Theresa and Imogen respectively. It is directed by Popelei who have the hard work of seeing to the bookings, the delivery of chocolates which will have a QR code/website address that our audience can use to access the play.

Have you written for this medium before? What do you find are its opportunities and limitations?
Tjawangwa: I wrote a monologue for Popelei’s Women in Lockdown project earlier this year and, partly off the back of that, they commissioned me to work on this play. I’ve not written a play before, years before I was born my father wrote radio plays but poetry has always been the form I felt most and least articulate in which keeps it interesting for me. 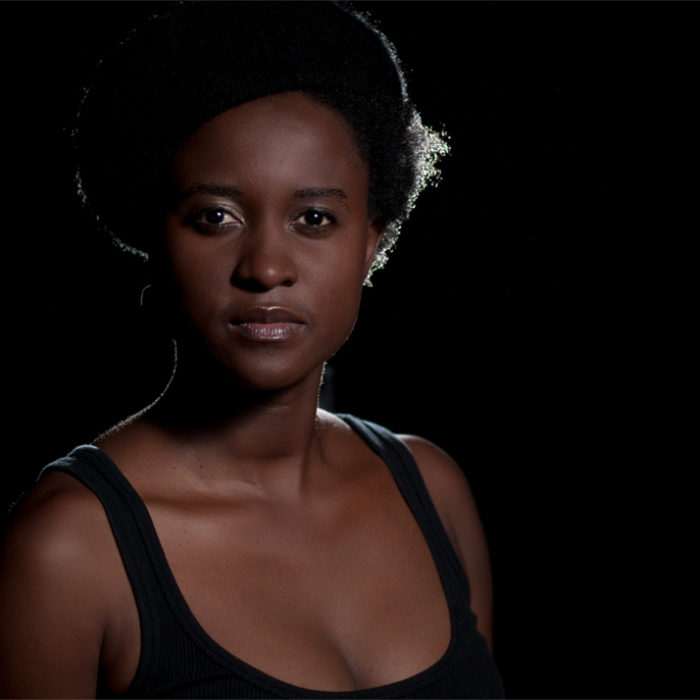 I personally am after sensibility not necessarily meaning in a poem but I find with other forms for example I’ve published academic essays and now there’s this play – that this kind of form has the capacity to take on the prosaic or didactic. I’m choosing to blur the lines a little bit but in opposition to poetry’s quest for economy there’s room in the play to expound.

This is not to say that what I know of the play as a form doesn’t have restrictions. As part of the Press Play season, Food of the Gods was always meant to be of a certain length, to circle around the idea of chocolate, to be an audio not theatre piece and to be a two-hander with female voices, etcetera.

But you know, the poet John Hollander said that writing free verse is like ‘playing without either hurdles to get over or boundaries to stay within’. I say that to mean that having creative restrictions isn’t necessarily a bad thing, it can be productive. I’m quite invested in reading and research but that sometimes means that you’re stuck taking in and exploring rather than making/writing, so limitations, deadlines, whatever, can be useful for corralling a mind inclined to wander at the slightest provocation.

What would you hope to send audiences away thinking and feeling?
Tjawangwa: Beyond what knowledge or empathy I need to generate a space of possibility – a story that invites the audience to suspend their disbelief – I’m not particularly invested in dictating or even imagining what audiences should take away from Food of the Gods.

I care that they should think something and feel something – it’s part of why I’m workshopping the script – but apart from that I can only hope that they enjoy the chocolate and the play and maybe just maybe for a couple of minutes they are transported elsewhere.