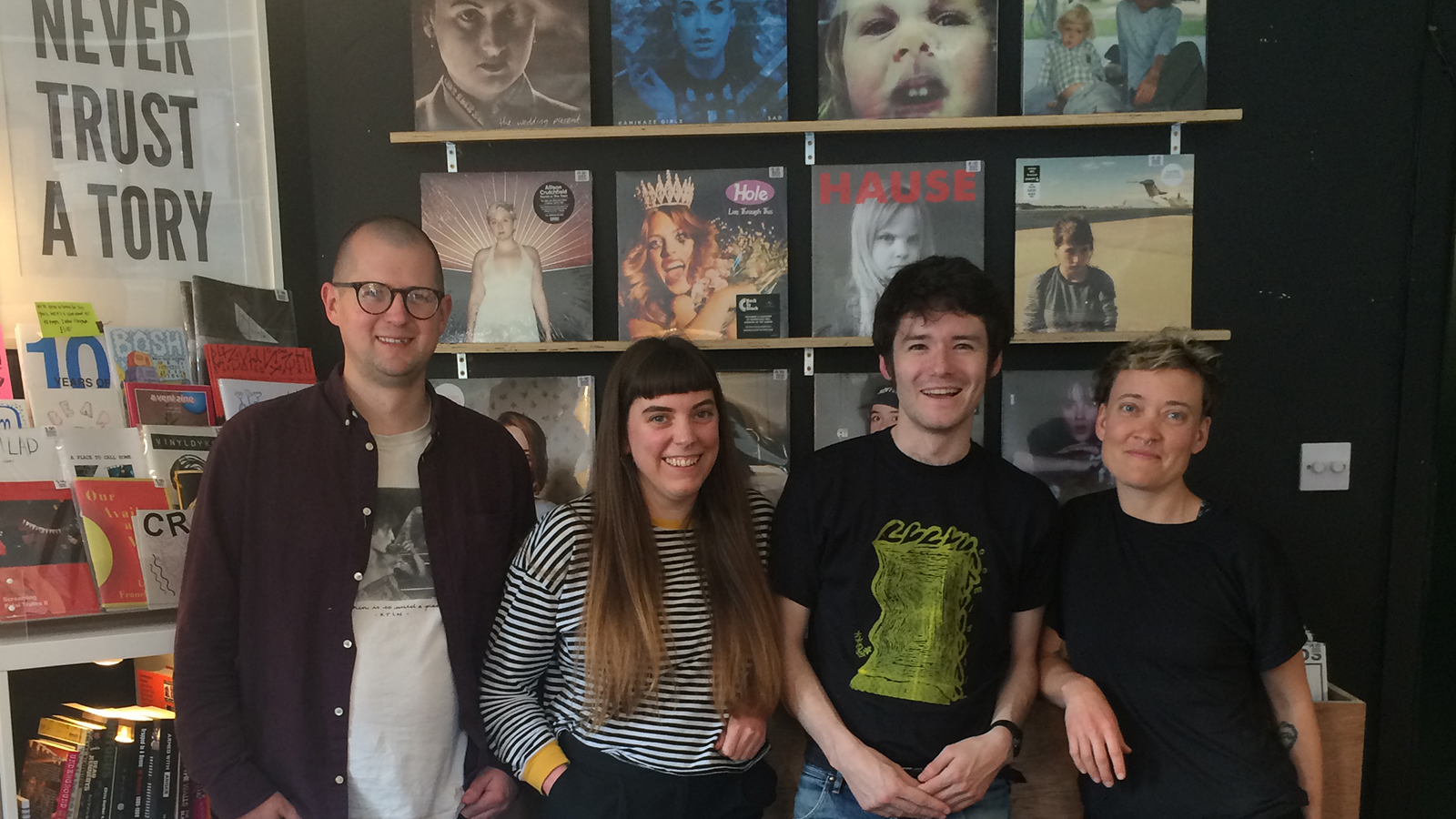 Specialist Subject Records, living above infamous music venue the Exchange, this August celebrates its second birthday being in the city.

Over the last two years since their move from Exeter, they’ve released records from the likes of Muncie Girls, Fresh and Helen Chambers, held in-store events from thrashing female-fronted punk bands and rallied a new generation of vinyl lovers for Record Store Day.

On August 25, the team are celebrating the best way they know how: with an epic all-dayer with hot new local artists, delicious food and a raucous round of karaoke afters.

We caught up with Kay Stanley, one half of the label, to get up to speed on their whirlwind adventure.

You’ve been in your new home above the Exchange in Bristol for coming up two years now, how has it been?

When we moved here, we were welcomed into this community. When we moved from Exeter, it was important to us that we were going to be heavily involved with the punk scene in Bristol and the Exchange, as you know, is a brilliant home for that.

The stock in the shop has probably doubled or more since we opened and we’re always running out of space and building new bins to put the records in! We’re more at home now, we’ve really grown into the space.

Was it difficult moving locations, did it feel like starting from new?

It was actually a really natural progression. When we moved in, we had the opening weekend and we put on a show, and because we’re an established label (we’d been running nine years at the time) people already kind of knew who we were.

As we’ve stayed open for gigs here in the evenings, from metal nights or a pop punk gig, it brings a new audience to us. People that haven’t seen us before pop their head in and from that, some people have become customers than now come in all the time. It’s so great!

What’s been the biggest challenge over the last two years?

When we first opened the shop, we thought, well, we’re an upstairs room inside a music venue so day-to-day, no one’s really going to come in so we’ll just sit out the back and do our work! But it turns out, the shop’s been really popular and has become as big as the label side of the business. So, it’s the task of restocking the shop and making sure the shop always looks good and is growing and getting in new releases, which has become a full-time job on its own.

Have you guys achieved what you wanted to since moving to Bristol?

It’s strange because when we first opened it was honestly a case of giving it six months and we’ll see what happens. We’ll do up to Christmas and then we’ll see in the New Year if it’s something we can feasibly do without getting other part-time jobs on the side. We always wanted it to be a flexible business so we can adapt things if it’s not working but it turns out it’s been more fun, it’s been more rewarding, more exciting than we anticipated. It’s kept us here, kept up staying open every day and late for as many gigs as we can do. 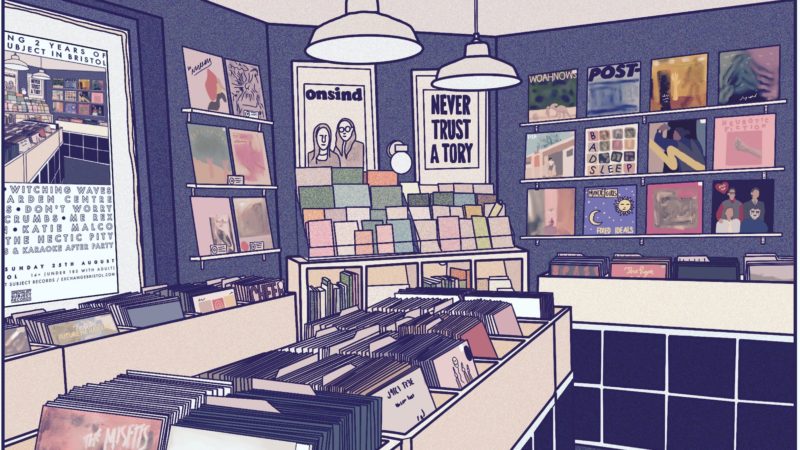 You guys are putting on an all-day party in late August to celebrate your 2nd birthday in the city. Tell us a bit about what we can expect.

At the moment we’ve got twelve bands playing, and that’s going to be an all-day thing taking over the whole of the Exchange music venue. There’s going to be the Exchange café, and weather permitting, hopefully, they’re going to be putting on a vegan BBQ for us outside. As a sort of after-party we’re going to have karaoke, so anyone coming can stay late. We’ll also have the Cosmic Misery DJs who are kind of pop punk, punk rock DJs that do nights here.

It’s going to be a good one. The bands that are playing are a mixture, some on our label and some who we are friends with from across the UK. It’s everything from acoustic bands, a couple of post-punk bands, an emo band. There’s all sorts. It reflects what we do on the label and in the shop, and is a celebration of our friends and all the label has achieved over 75 releases.

What can we expect from SPS over the coming two years?

Well, the Exchange is changing as well. They had a stretch goal on their round of funding and so they’re looking at getting permanent outdoor seating, they’re looking at different ways at doing the café, also looking at putting a smaller venue in the basement for smaller gigs.

It’s exciting. Hopefully, we can keep growing with the Exchange, putting on more events and we’ll still be doing Record Store Day every year, and still be doing events like in-stores and all sorts!

Specialist Subject Records celebrates their second birthday on August 25 with an all-day party at The Exchange. Tickets and more information can be found on the Exchange website: https://www.exchangebristol.com/events/2019-08-25-specialist-subject-records-alldayer-exchange