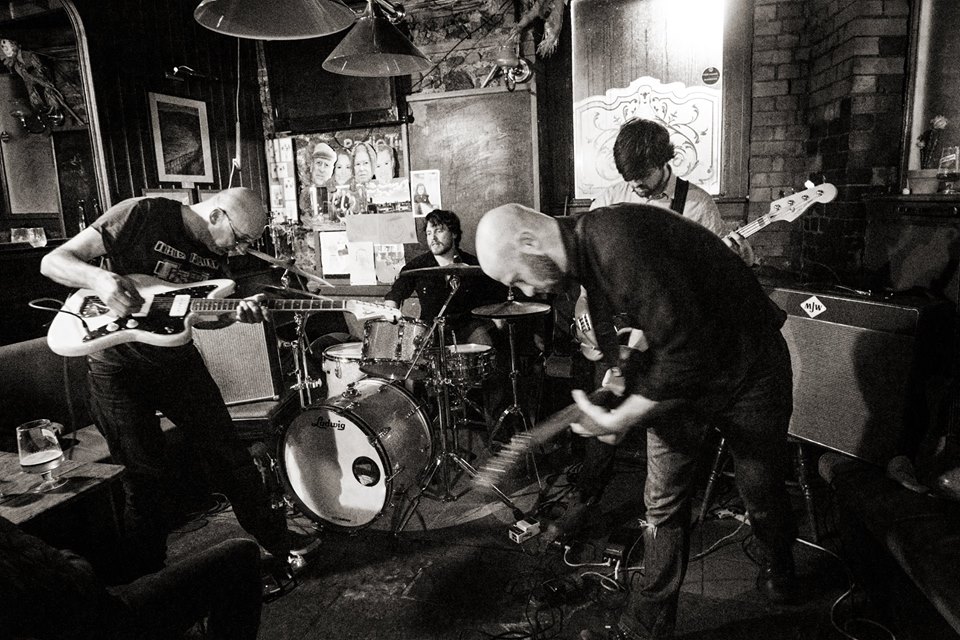 The Brackish made a return to playing live again. This was an amazing thing to hear as they are local legends of the live scene, to see them perform is an experience that makes you proud to be a Bristolian.

Currently gigs are not operating as they used to given the climate, however The Lanes handle it well with QR code ordering. It’s also the luck of the draw if you can get a seat where you can see the stage, but the fact we are able to see any gigs at all is a blessing.

The opening act was the ever unique Cloudshoes. Despite being a solo act, they created mammoth sounds and had a great understanding of tone, allowing for a large and beautiful sound. Opening the set with some instrumental songs that were rich and dense in sound with airs of Captain Beefheart style chords. There was a wonderful use of dynamics demonstrated throughout the set, when he dug in to make it loud you could really feel it in your chest.

By the third song the use of vocals joined the fragmented guitar, a union that I wouldn’t have thought would have worked but it was executed brilliantly. There were lyrics about being a vegetable that wants to grow, a little quaint but it was delivered in such an aggressive tone. The juxtaposition of this made it more interesting and gave you a pause for thought.  For the last song members of The Brackish came up on stage for a free jam which was a streamline way for them to get geared up before their set.

The Brackish started with no introduction and straight into their trademark muscular sound with sweet stabs of beautiful jazzy run downs. Complex and fun, filled with strange time signatures that you could still dance to – if it wasn’t against the law.  After the first song they gave a shout out to Miles from Gravy Train for putting the gig on that was well deserved. One of the few promoters in Bristol that are putting on gigs at the moment and they should get all the credit that they deserve.

When the second song began I was wholly surprised, I have seen The Brackish a number of times and they usually perform their standard set. It’s not often they stray from the path, all the songs they performed were totally brand new and threw me off guard. Ultimately it was a delight too. The new material was filled with the classic staples of The Brackish sound, scattered with complex guitar solos and twisting them in an unimaginable way. I am deeply convinced that Neil Smith of The Brackish is Bristol’s answer to Robert Fripp.

In between songs, after having a euphoric experience with huge and beautiful sounds, there was the faint bleed from the karaoke in the corner. It was a jarring and a surreal experience  to hear Kylie’s ‘I Should Be So Lucky’ after hearing The Brackish. It did make a lot of people laugh, it was more strange and funny than annoying.

After months of not seeing any live music, heading down to an independent venue and seeing a local band that I love was a wonderful night. It really is a totally different experience seeing a band live. Even if you have reservations on the band or genre, try something new and support live music if you can.