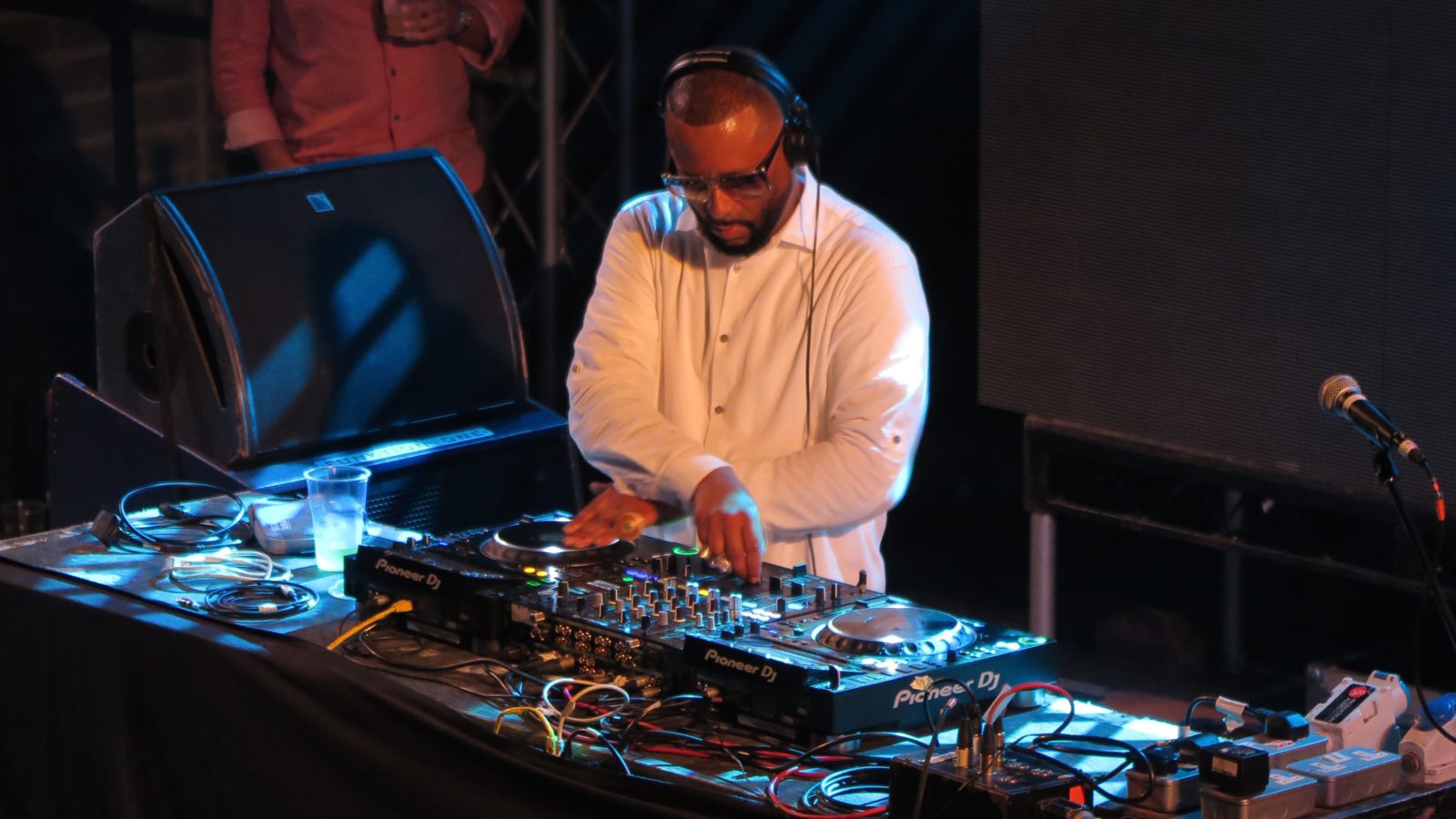 OK, let me make a confession from the start: I came to this gig for the jazz, not the hip-hop. This may sound a bit shocking to Madlib fans but you have to remember that, back in the day, the man spent a few years making great jazz remixes and originals in the guise of Yesterday’s New Quintet. Mega success in the hip-hop world notwithstanding, he retained a stream of jazz output alongside those releases. And it’s gratifying that he continues to find ways to bring a jazz vocabulary to the formulations of dance music. 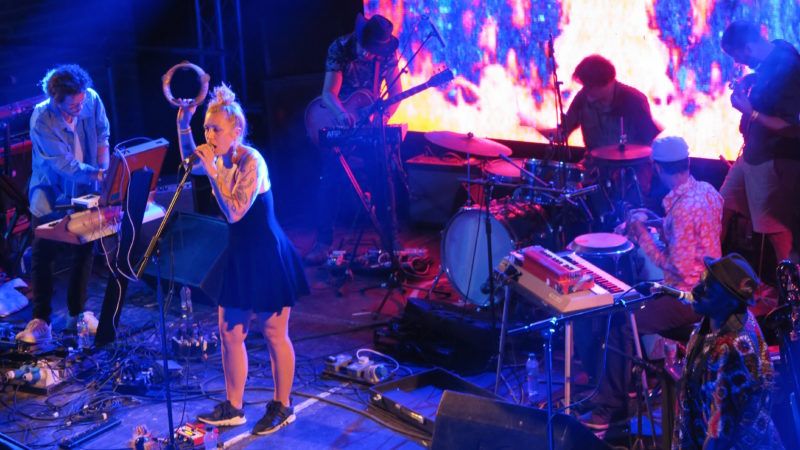 Which might explain the choice of support acts, equally interesting from a jazz angle, though past encounters with Heliocentrics’ as a spacious trance jazz act were quickly washed away. From an atmospheric start the sound layered into an increasingly heavy drone’n’pulse onslaught somewhere between the Velvet Underground and Sun Ra. Vocalist Barbora Patkova howled and wailed, while Ray Carless’ alto saxophone cut through the mix to add a free jazz energy. 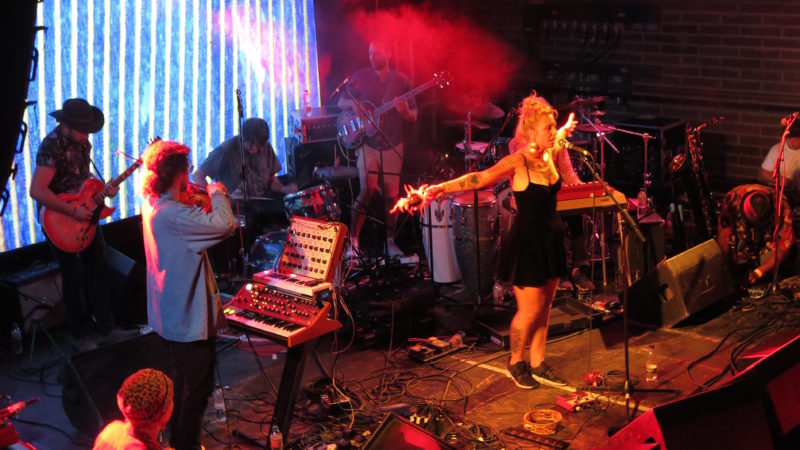 It was an energetic set of songs, with the twanging guitars of the more pastoral numbers like Made of the Sun recalling their earlier cosmic sound while The Uncertainty Principle’s funky futurist instrumental groove proved highly danceable. Sadly the sound mix struggled to represent the breadth of the band’s line-up, with hurdy gurdy, sarangi and baritone sax underplayed while Raven Bush’s violin soared throughout. Happily it held together around Barbora’s spirited vocals and stage presence and the integrity of the grooves. 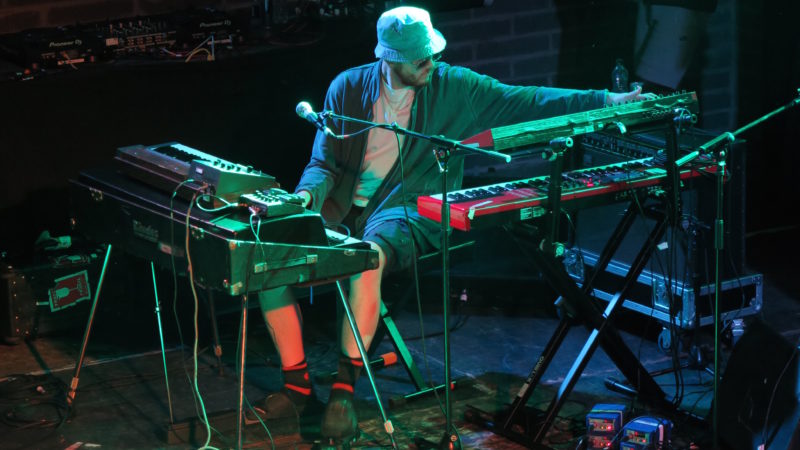 It was gratifying to see the surge of interest for Kamaal Williams’ arrival onstage, the Marble Factory’s cavernous hall quickly filling as the quartet noodled into action. It’s an old jazz trick – what seems like a sound check actually the prefiguring of a tune – and it certainly worked, largely thanks to the subtle collusion of drum and bass. Behind his impressive kit, drummer Greg Paul showed early on that he could shape and control the sound with a judicious combination of polyrhythmic trickery and sheer bombast, and it was fitting that he would ultimately close the set with a gymnastic tumult that wrung the last drops from a happy crowd. 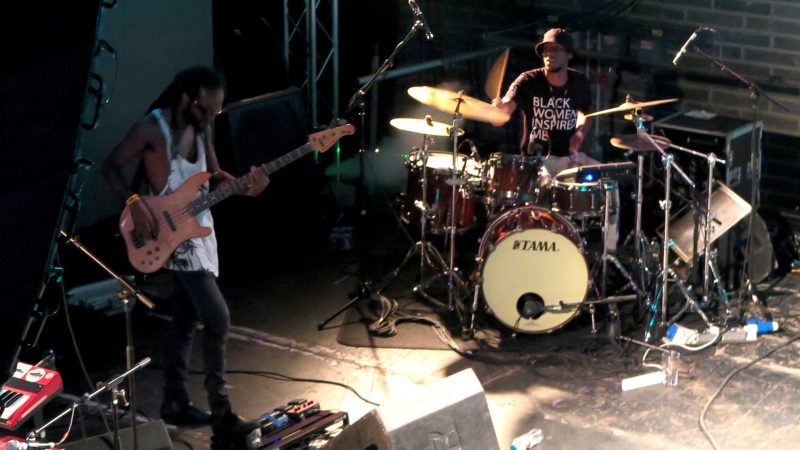 In between, keyboardist Kamaal directed the music through a flow of what seemed like largely improvised modal workouts, with occasional themes like Strings of Light emerging to cheers of recognition. His simple and repetitive playing works through quite fine-tuned variations of timing and tone, holding to the rules of dance music and yet stretching out within the structures. Strings of Light, in fact, often felt like a jousting game with the drummer as long-sustained chords teased for the drop. 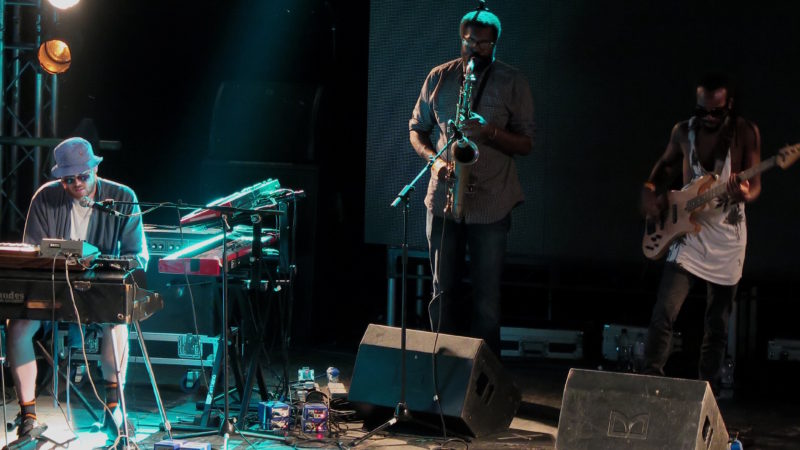 Saxophonist Quinn Mason’s presence on stage suggested the potential for a more emotionally expressive element that hardly appeared, sadly. When he finally got the nod he let rip admirably, racing from a measured Sonny Rollins to a fearsome Roland Kirk sound that opened things up excitingly. But the rules of this kind of jazz generally keep virtuosity to a minimum and that proved the case here. Nevertheless there was enough intelligence in both the rhythmic drive and Kamaal’s producer’s ear for sound for the set to hang together as distinctive music. 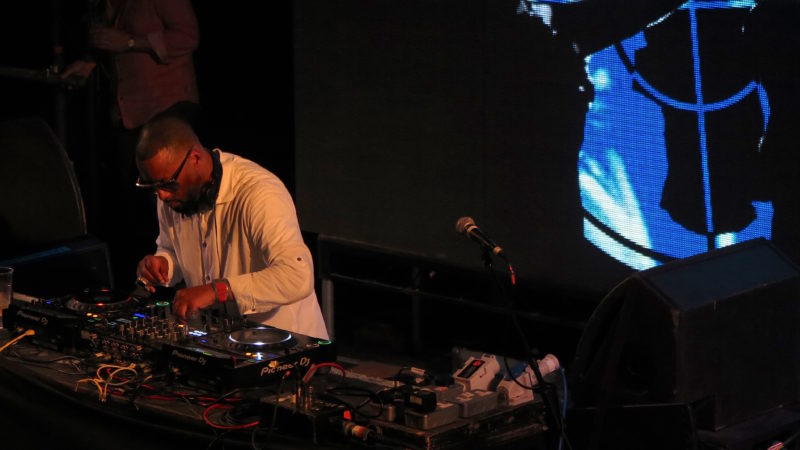 And then there was Madlib – and this was clearly what had brought the crowd to the venue. Here was a man who knew his people and how to work them, drawing whoops of delighted recognition from the first track dropped and building that with each tune that followed. Flanked by powerhouse monitors he stood silhouetted in front of a chaotic sequence of images in which the great Sun Ra figured repeatedly and 70s dancers looped through energetic steps. Selecting with unerring accuracy, he repeatedly found the numbers that could draw out a collective singalong or a sudden boil of dancing (or both). 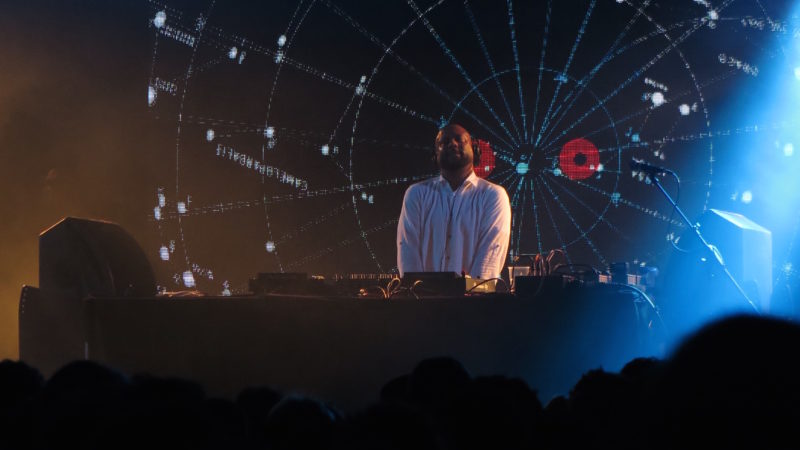 But it wasn’t merely crowd-pleasing or, rather, it was exactly that but done with care as he slipped cooling jazz-fuelled numbers between the heavy beat-slamming sequences. Now and then he shed his headphones to deliver a kind of sign language interpretation of a lyric he obviously cared about, making an instant personal connection that the classic head-down DJ posture usually denies. And, of course, he could effortlessly flick and scratch between decks with classic ‘wheels of steel’ flair. Not for nothing has he said he is a DJ first, then a producer, and for both its musical quality and crowd psychology this headline set proved his mastery of the art.