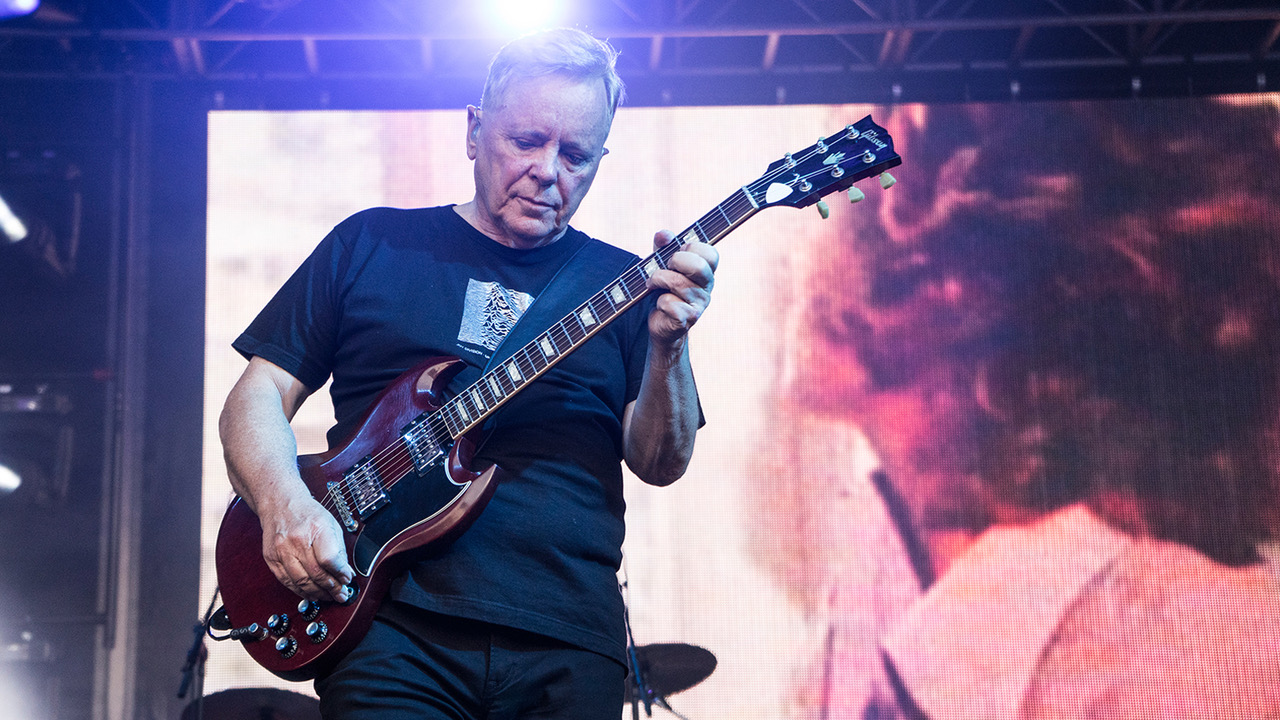 Indie-rock legends and dance innovators New Order exceeded all expectations when they returned to play in Bristol 35 years after their last gig in the city.

Anyone attending expecting a note for note rendering of all the hits would have been sorely disappointed; anyone hoping to see a band at the top of their game, unafraid to mix it up a bit would have been delighted.

This was no tedious and uninspired nostalgia fest. It was simply an excellent gig, which the Colston Hall team need huge credit for putting on.

After a cracking dancey, post-punk set by fellow Mancunian Lonelady, New Order announced their presence with an elegiac, orchestral instrumental and some stunning black and white footage of divers which towards the end of the piece burst into glorious technicolour; perhaps reflecting how the band’s music moved from the monochrome intensity of Joy Division to their glittering pristine pop.

Once the intro faded, New Order ambled on to be greeted with rapturous applause by the sell-out Lloyds Amphitheatre crowd and immediately began to play 2015 single Singularity which sounded very, very Joy Division, as did Restless.

The nod to their past continued with a note perfect She’s Lost Control, followed by Shadowplay also from Unknown Pleasures. Jaws were nearly on the floor by that point. “I wasn’t expecting that,” one crowd member said, which summed it up neatly. 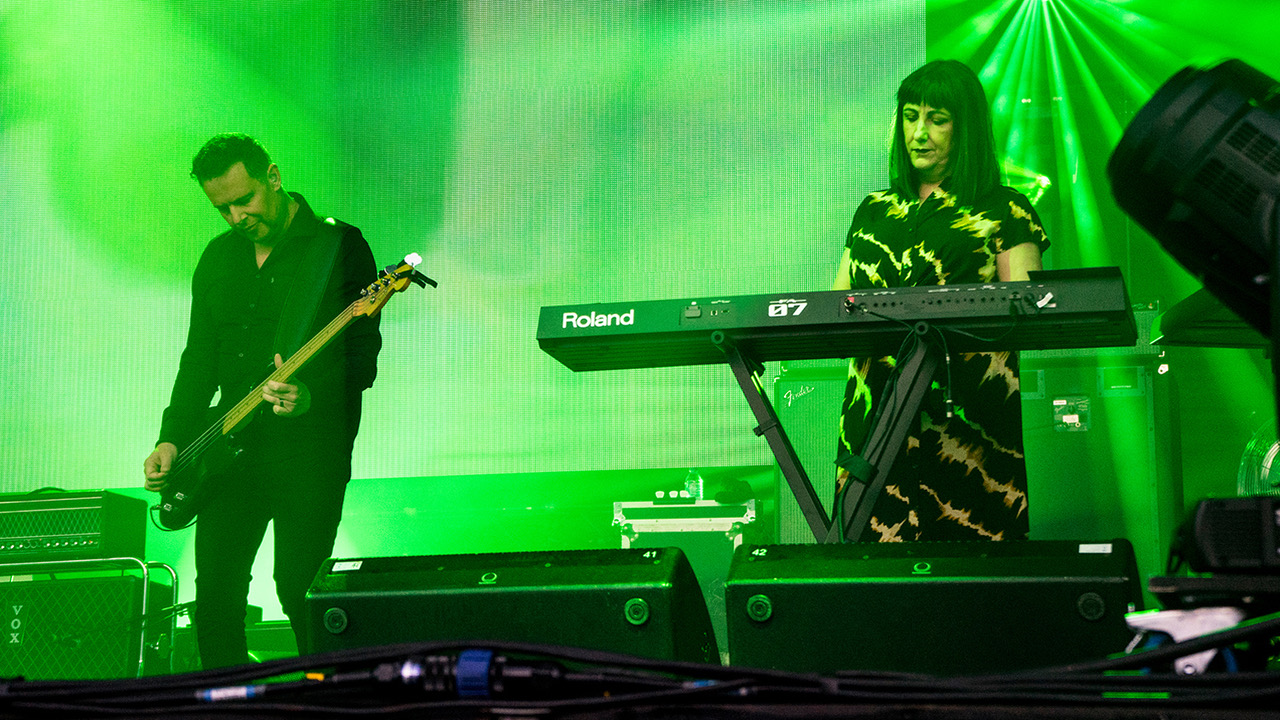 Transmission was the set’s perfect bridging point between Joy Division and New Order. While the Joy Division songs were played straight with no embellishment, New Order’s own songs were an entirely different matter.

It’s a bold and brave band who will play around with their most popular songs but many will have a go and fail to please even the most devoted fans in the audience.

There was a theory that New Order did more to bring house music and rave/dance culture to the masses than house and dance music gods like Frankie Knuckles.

On the strength of their dancier versions of Your Silent Face, Tutti Frutti (which even had a drop and some great house piano in the mix), Bizarre Love Triangle, Perfect Kiss and the astonishing Plastic (which sounded like Kraftwerk playing at Berghain with Georgio Moroder mixing it live), there is a strong case to be made for this.

This was a joyous, uplifting and surprising rendition of perfect pop songs. Of course they played Blue Monday, with this followed by Temptation. It was a triumph and to see Bernard Sumner playing that famous guitar line was a treat for musos and non-musos alike. 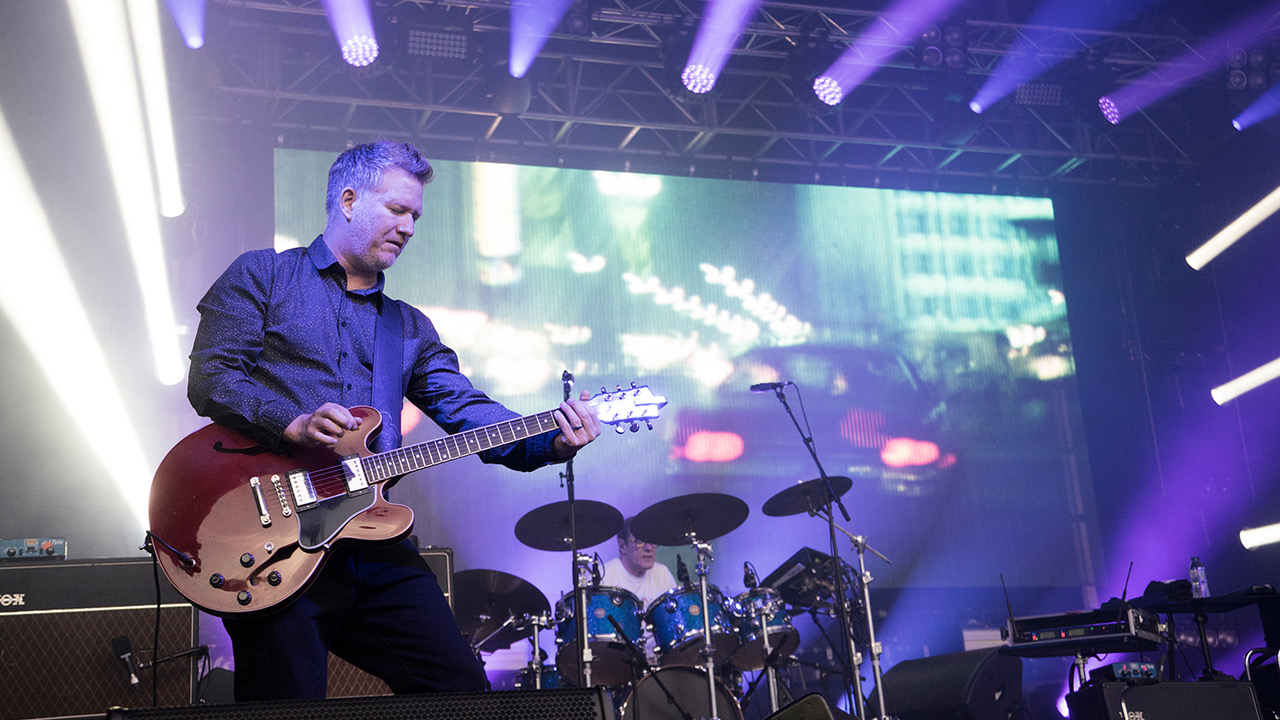 But the biggest surprise was saved until almost last, with their penultimate song the one where pop and dancing and fun was reined in.

As grainy footage of Ian Curtis was projected behind the band, the opening bars of Decades began. And what a version it was. If you were a Joy Division fan, to see it performed on stage by two people who played on the record was really something special.

Played note for note as it was on Closer and vocally nearer to Ian Curtis than expected, it was a moment of beauty, emotion and grace and a fitting demonstration of their heritage and the influence of bandmate and friend.

As Decades moved to its conclusion and the footage of Curtis began to fade, Bernard Sumner faced the screen and raised his arms in acknowledgement.

And finally they played Love Will Tear Us Apart, which ended a magnificent, brilliantly conceived and executed, and convincing set which touched on all aspects of New Order’s extraordinary career. 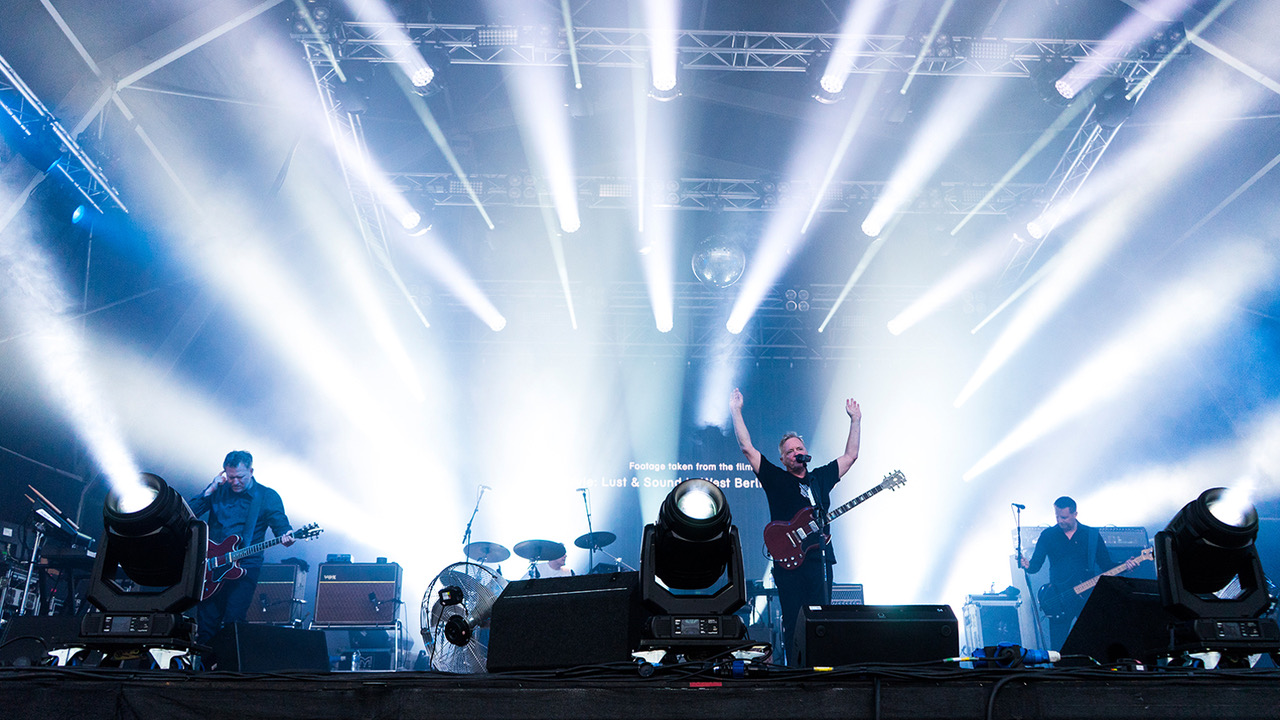 “This was no tedious and uninspired nostalgia fest. It was simply an excellent gig.” – photo by Phil Riley