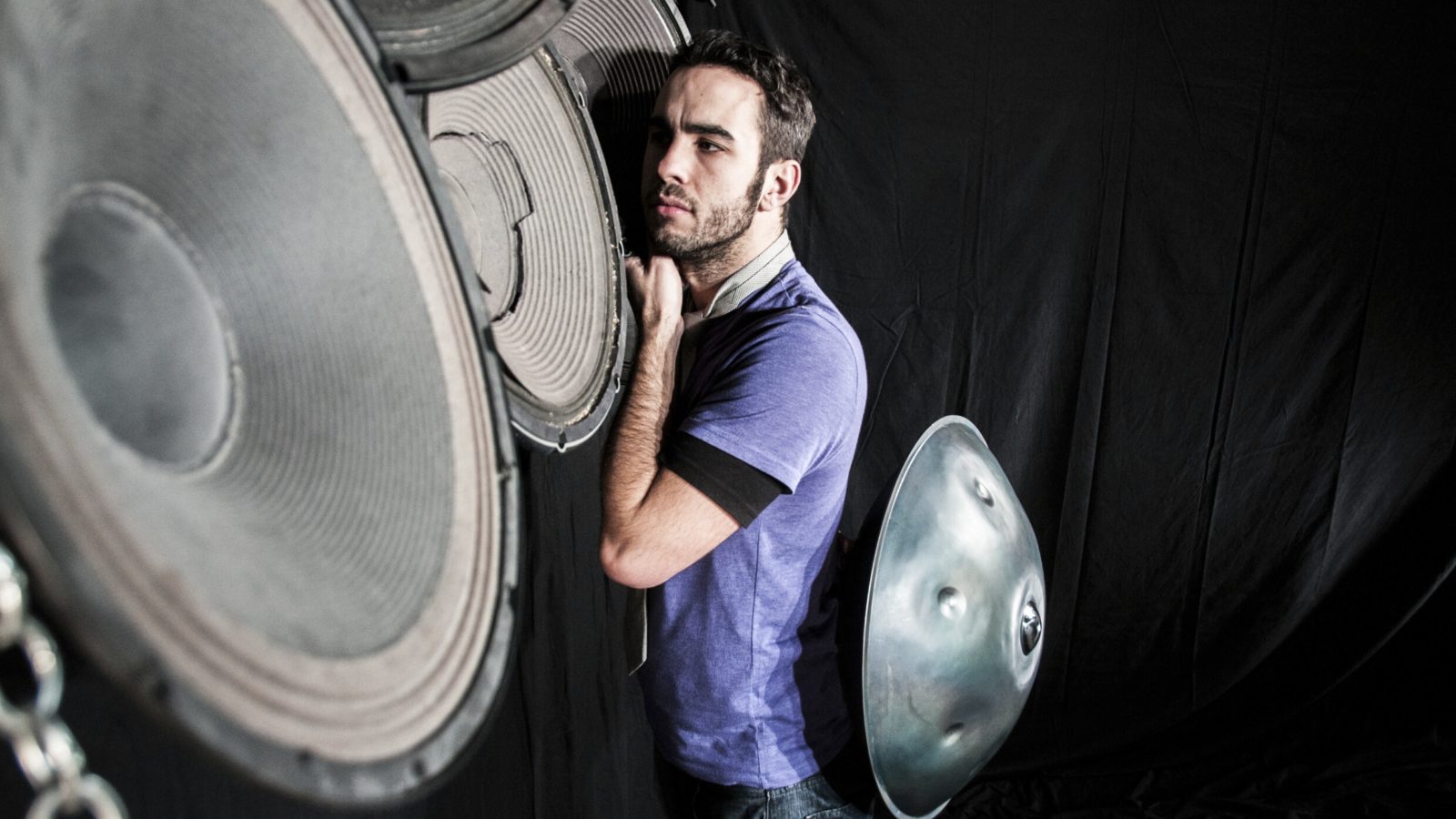 I first heard of Manu Delago last hear when he played the Hang drum for Anoushka Shankar at her Glastonbury festival performance. At the time I was aware that these Hang drums were causing a lot of excitement, their inherently magical sound born of a steel-drum-esque tone, played expertly with hypnotic rhythm and melody. When I learned he was playing Bristol I couldn’t wait to investigate his solo performance, knowing he had co-written that captivating set with Shankar.

The show was a lesson in innovation, Delago is a master of his instrument and has composed a set of pieces that show the versatility of the hang and how it may be applied across moods and paces. The lighting and visuals were a perfectly simple asset which set the mood. It wasn’t a ram-jam attendance but captivated from front to back; give over to imagination and you could be taken away from the Lantern hall and over to snow covered mounds – this was mountain music.

For any who might have feared a one trick pony, rest assured each piece brought with it new approaches, technique and movement, with small changes made to the 3 drums to achieve different sounds. Some cloth, pads, a pot, various beaters and of course deft finger/hand-work all demonstrated the different sounds possible on this UFO sculpture of a drum.

I’m a sucker for otherworldly sounds and unpredictable composition, which is exactly what this was about. Classical composition and time signatures but with refined and tasteful electronic processes, beats and bass used with wisdom for maximum impact. The kind of compelling motifs that he writes would hang (ahem) in the hall with spellbinding expression, sometimes spooky, sometimes sorrowful, sometimes straight up tenderness. Then BOOM, one thump and the bass harmony sends the piece to the next territory with powerful one off tones, rhythms and textures throughout. These were also supplied by two guest percussion/instrumentalists, with some guest vocals from Peter Josef. 3 people and a whole array of percussion, can really pack some cinematic urgency, tension and longing.

Delago’s first address to the crowd came a few tracks in, when he took a minute to explain his relationship with the word “Mesmerising” which is understandably used regularly to describe his music. He mentioned the work of the doctor Mesmer and his work in hypnosis, then played a track dedicated to the man.
So from delicate textures to discord and driving drums, the set was never dull or samey, the climatic track did almost go too far with the electronic beats, losing the tease of it, and instead tipping a bucket off it on the crowd, but it worked.

Complete with Big Jeff’s seal of approval, comedy toothbrushing duet as an encore, and a signed copy of the album, this really was exactly what I wanted from the night, a treat for the ears and eyes and the soul too.
Metromonk is a very fitting title for a sound so spiritual, yet stylish, and is out now on Tru Thoughts records.