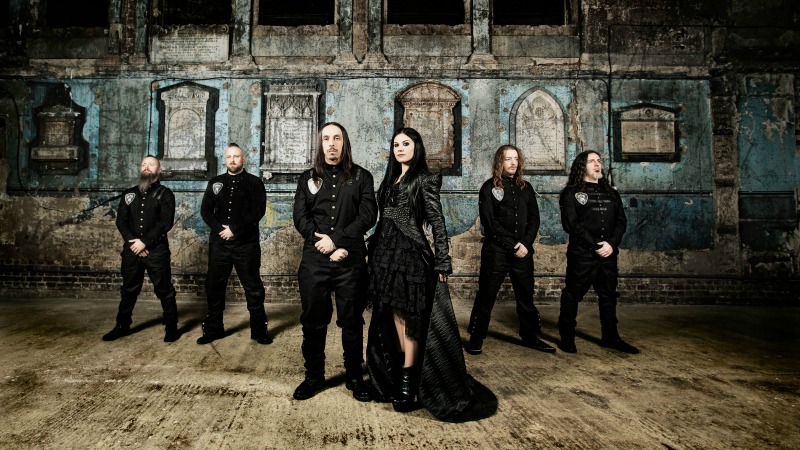 It’s Halloween, and the streets are full of ghouls. Oh, OK, drunken students in bad make-up. The goths who comprise a sizeable minority of the packed Anson Rooms audience always dress like this, and seem to be enduring the one day of the year when they fit in with as much good humour as they can muster.

Not so long ago, it seemed as though Milan’s Lacuna Coil were poised to follow female-fronted fellow travellers Nightwish and Within Temptation into arena venues. Their dark brand of gothic metal is distinctive enough to carve its own niche, and they’ve got that whole ‘beauty and the beast’ thing going on with co-vocalists Andrea Ferro (metal growls) and Cristina Scabbia (soaring melodies and cover girl looks, on which they have not been afraid to trade). But they lost momentum with 2008’s mediocre Shallow Life album and now find themselves kicking off a lengthy European tour at the Anson Rooms, whose echoey giant shoebox acoustics do them no favours.

Their decision to pursue a heavier sound with new album Broken Crown Halo pays dividends with such instant crowd-pleasers as Die & Rise and the rabble-rousing Zombies, though the rather magnificent Heaven’s a Lie from 2002 breakthrough Comalies still receives the biggest cheer. Scabbia and Ferro each get posing podiums in front of the expensive light show, and the entire band sport suitably sepulchral make-up for the occasion. Depeche Mode’s Enjoy the Silence still seems an odd choice of cover, but Lacuna Coil succeed in rocking it up and making it their own. They encore in traditional style with the agreeably Middle Eastern-tinged Our Truth, playfully unleashing party balloons as if to coax a smirk or two from their more dour acolytes.