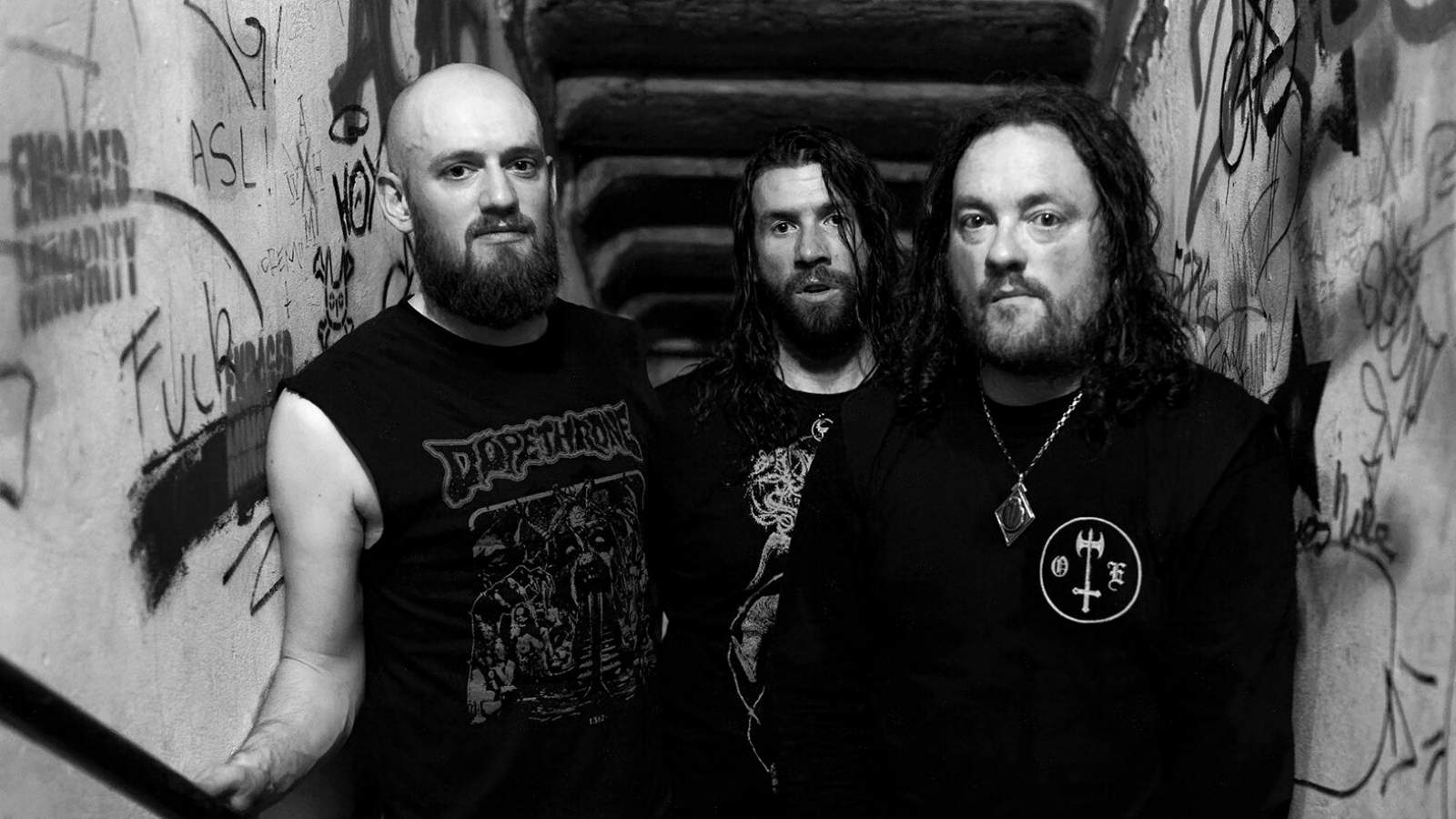 Both headliners Conan and support act Monolord have been gathering a lot of praise for both recorded work and live shows (most of this run is sold out), and they have also been generating a lot of column inches (is that even a thing in the digital age?) about whether they’re doom or stoner metal.

Allocating genres in the metal world is fraught with difficulty and full of potential for generating ire. It used to be easy – Black Sabbath, Deep Purple and Led Zeppelin (arguably) created two genres – heavy metal and hard rock. And lo, times were good for your average headbanger as things were simple. But then Motörhead and punk kicked the heavy world’s arse and along came the New Wave of British Heavy Metal, from which Raven & Jaguar begat speed and thrash metal whilst Venom begat black metal. And then all of the bands that followed begat more metal than you could shake a flying V at…genres, sub-genres and sub-sub genres all with their own adherents and champions and woe on anyone who got a band’s genre wrong in the eyes of a true believer.

Fortunately B247s own wizened metal wizard was on hand to clarify: “The riffs in doom metal are doomier and the riffs in stoner metal are stonier, and a little bit slower”. That theory was put to the test over the course of a night that featured riffs that would make Sauron’s ears bleed.

Gothenburg’s Monolord are currently riding high on the critical and popular success of their most recent release Rust and their appearance at the excellent Desertfest. The trio played a lengthy and hugely entertaining set that proved they can take the basic raw materials of their chosen genre and forge something cutting edge and fresh. Sure they’re bone crushingly heavy and you can hear their roots and influences, but they’re not in thrall to them nor are they happy to simply recycle the past. 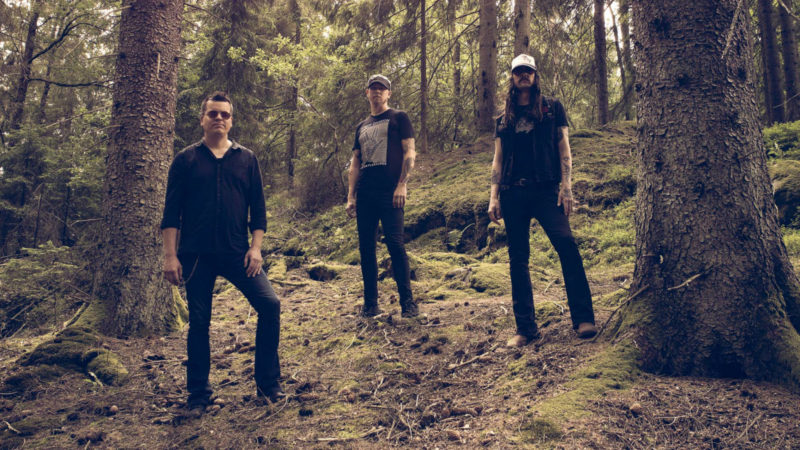 Esben Willems didn’t so much play the drums as batter them to buggery. Not that this was just mindless, rhythm-less thuggery – he maintained the beat throughout, indulged in a fills and finesse at times but was essentially there as the bedrock for the riff edifice constructed by his bandmates. But fuck me, did he ever hit the skins hard.

Guitar man Thomas V Jäger supplied surprisingly clean vocals, no grunting and rather melodic, straying away for the norm to the advantage of the songs. Although happy to riff, he also delighted with mesmerising guitar work. Rather than just swapping between riffs and solos he also chose to generate an array of sounds that conjured up a space rock vibe with a nod to psychedelia, and certainly wasn’t afraid to stop playing and give space to the tunes and his bandmates.

Jäger’s understated presence and refusal to engage in unnecessary axe heroics or posturing left Mika Häkki as the focus of the show. Equipped with as many pedals as Jäger, he too used them to maximum effect, delighting with all manner of twisted bass noise during the instrumental passages. But oh man, when it was time to riff he had the fattest, the dirtiest, the most gut wrenching sound ever to spring forth from four strings. He was superbly entertaining too, slinging his instrument around, holding it aloft, almost dancing with it and you just knew the stage wouldn’t contain him and sure enough he was joined by Jäger for an audience invasion.

There was no banter, and no song announcements, but the band were far from aloof, simply lost in the music and revelling in their performance. They clearly have a sense of humour too given their walk-on music. The sampled organ intros were another welcome diversion from the norm and if the band continue to push the envelope they’ll need a genre all of their own.

Conan do not hail from Cimmeria, alas, but rather Liverpool and are apparently purveyors of “caveman battle doom” (see what I mean about sub-sub-sub-genres?). Their set both contrasted with and complemented Monolord’s set.

Jon Davis also strayed from the template with his vocals, somehow conjuring up both Mille Petrozza (out of German thrash metal act Kreator) and the rasp of Airbourne’s Joel O’Keeffe. Chris Fielding’s more guttural vocals lifted the vocal attack, giving the tunes plenty of light and shade, (well, shade and darker shade to be fair to the genre). Fielding’s bass work was subterranean in a really good way, meshed with Davis’s barbarian guitar: six string riffs that could easily fell a field full of Picts and solos that would eviscerate Thoth-Amon.

Johnny King’s drums were powerful but rather than simply keeping the beat he chose to treat the set as an opportunity to rehearse a tribute to Neil Peart: mad fills, constantly pushing the kit and managing to somehow supply the beat and yet solo over the top without losing focus or becoming self-indulgent. A wickedly inventive technique that pushed his instrument to the fore without imposing on the songs.

Said songs didn’t stray too far from the doom template, but the inventive use of time changes, the dual vocals and their ability to create lengthy tunes that weren’t simply the same song played twice with an instrumental break in the middle meant for a set that not only delivered viscerally but left the listener absorbed. They even got enough momentum for a hint of a pit to start forming but never quite got up to mosh speed for long. Alas no encore but no recriminations from the crowd – both bands delivered lengthy and rewarding sets that left the packed boat sated, and the line between stoner and doom metal satisfyingly blurred.

Although given the total desertion of the ship between bands as the crowd headed for the smoking area there was no doubting their affiliation.