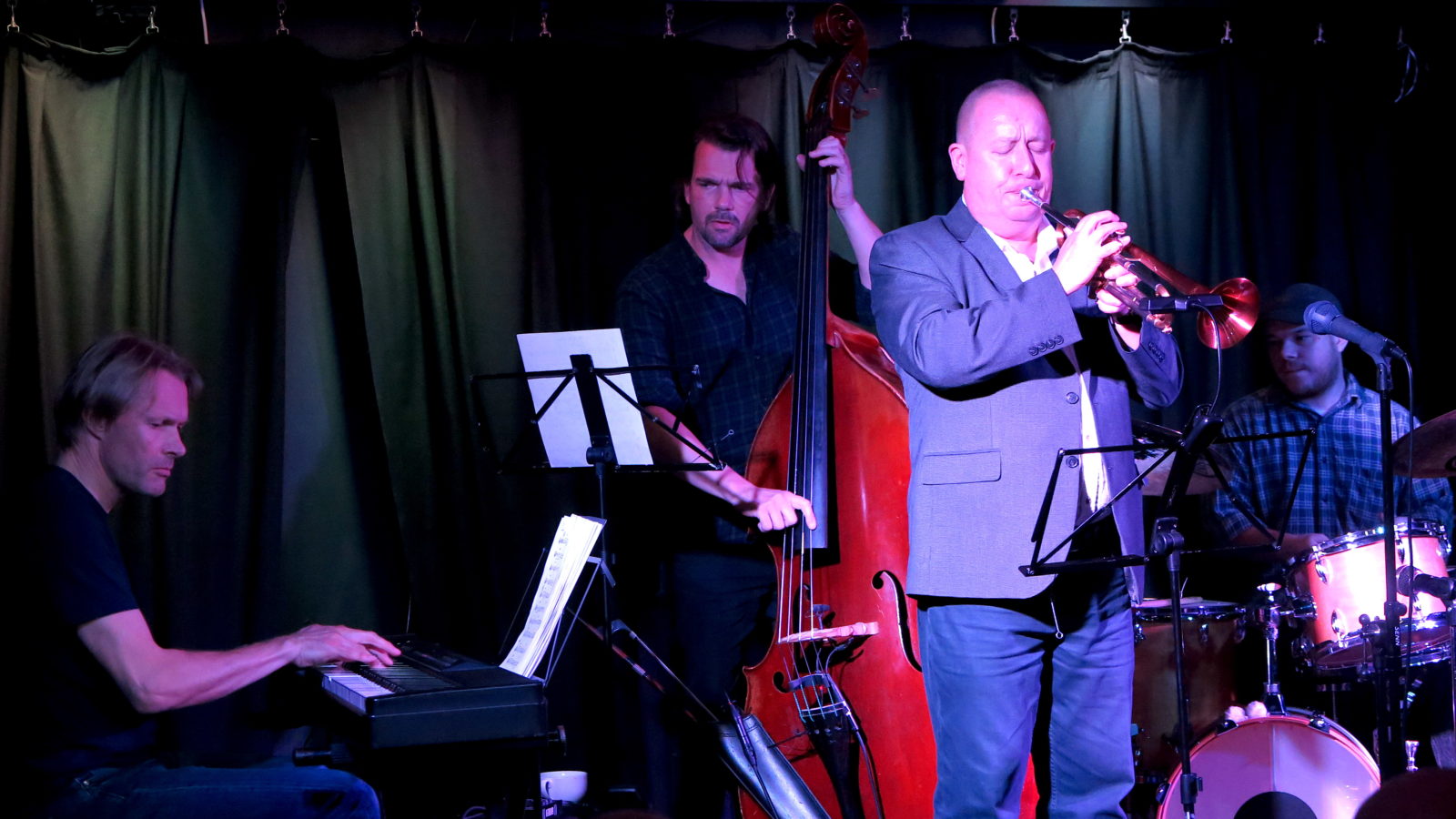 Another week and another glimpse of jazz normality flickers into view as the Bebop Club runs a short series of Thursday night gigs at the Hen & Chicken We know the score by now – the new normal of socially distanced tables and a Whatsapp number for ordering drinks – and it’s only right and proper that things kick off with Mr Bebop himself, trumpeter Andy Hague. 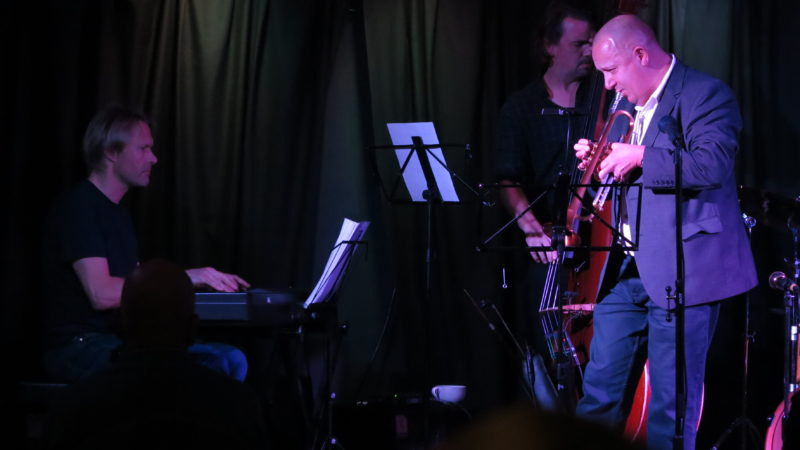 With a great reputation as a composer of original material this project was originally a deliberate challenge for Andy ‘to learn some standards’. Given that tonight’s line-up was the completely new combination of Jonathan Taylor on piano, Henrik Jensen playing bass and Gwilym Jones drumming you’d expect them to stick to some pretty safe ground, too, but that would be to underestimate their talents and Andy’s irrepressible urge to write new stuff. This being his first gig since March naturally he had a whole sheaf of lockdown compositions and there was no way he’d leave them at home. That said, some nicely arranged ‘covers’ got due prominence, with drummer Gwilym Jones getting a chance to flex his Afro-Samba muscles Art Blakey style on Wayne Shorter’s United, pushing Andy’s sharp-edged trumpet into high flourishing Cuban territory. 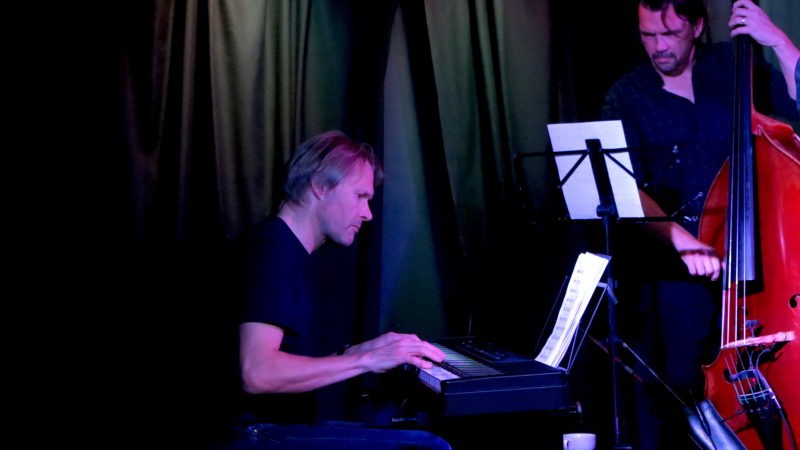 Another great cover in the second set was Art Pepper’s stately arrangement of You Go To My Head, Andy’s shiny new flugelhorn delivering a modulated opening statement for Henrik Jensen to follow through in a fluent and melodic bass solo. It had a languid relaxed mood that followed through in Jonathan Taylor’s piano solo, the richer harmonies giving a warmth to the overall sound.

But good as these were there was no hiding the greater energy and enthusiasm for Andy’s new material, starting with the catchy A Reckless Majority which came across like a Latin-inflected TV theme from the 60s. The frenzied bop blasting of Blue Swinger liberated some Dizzying trumpet over slam-bam drumming and the appropriately (optimistically?) named Easing Restrictions ran off at a fine lick. These figured in the second set, by which time the foursome had really settled in together. The low-slung funk of Angst let each find their way quite freely around the modal tune, the piano particularly taking its time in supercool style over the cross-rhythmic drumming. 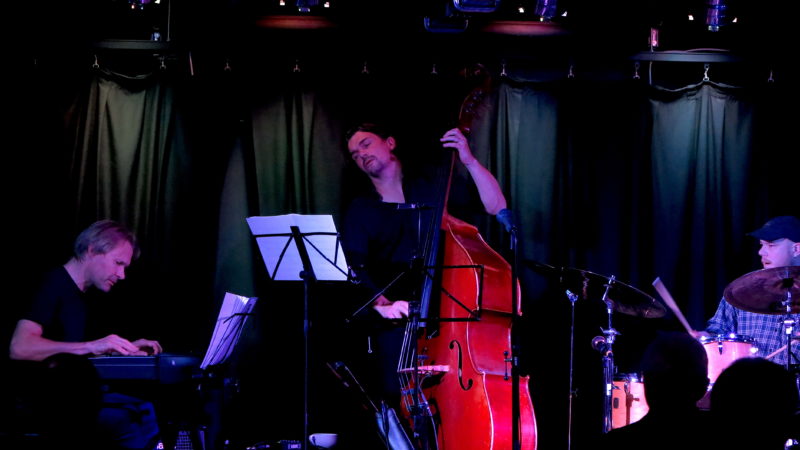 In the old days (i.e. eight months ago) announcing the last tune usually prefigured at least one encore but curfew considerations meant Andy’s Release really was their last number. Thus, after an upbeat ballad opening with soft drumming, rippling piano and bowed bass, the chance to jump on a snappy swing beat and let rip one more time was too good to miss. The tune played out in grand style with propulsive walking bass, free-flowing piano, flurrying bebop trumpet and some thunderous drumming. Every last note joyfully delivered and gratefully received by an audience that has had little chance to enjoy live jazz, let alone stuff of this kind of assured quality. With rumbles of lockdown always on the horizon it’s definitely a case of ‘buy now while stocks last’ and, apparently, the rest of the Bebop Club season is already selling out fast.

Booking for future Bebop Club gigs is at Ticketsource