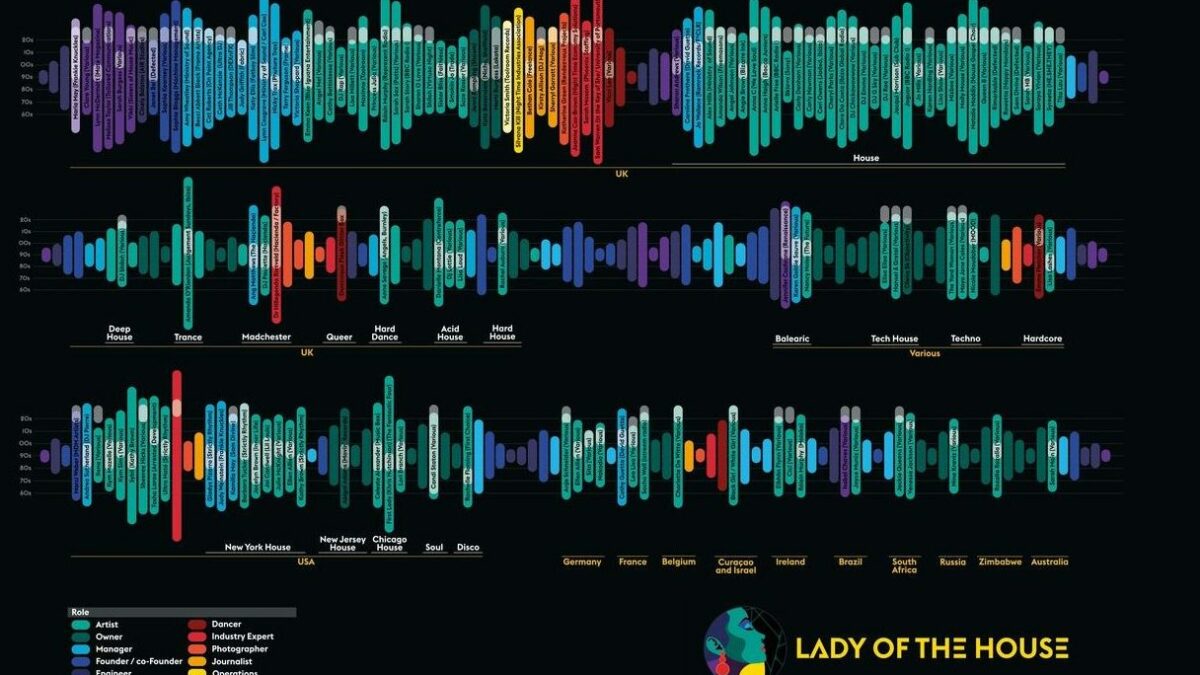 Following a successful Kickstarter, Laila McKenzie and Ian ‘Snowy’ Snowball gave their time for free to create and publish the first hardback coffee table style book of its kind celebrating and championing the many pioneering women in house music.

Lady of the House: Stories of Women in Dance Music features over 150 interviews with legends from past and present including Candi Staton, Jocelyn Brown, Ellen Allien, Barbara Tucker, Kym Simms, Black Girl/White Girl and Maxinne.

The forward momentum spearheaded by the publication prompted a female-led organisation to join forces with Lost Horizon – Bristol and the world’s only live/digital/VR hybrid venue, created by the Shangri-La Glastonbury team – to host a Cultural Exhibition of the same name, dedicated to women within electronic music. 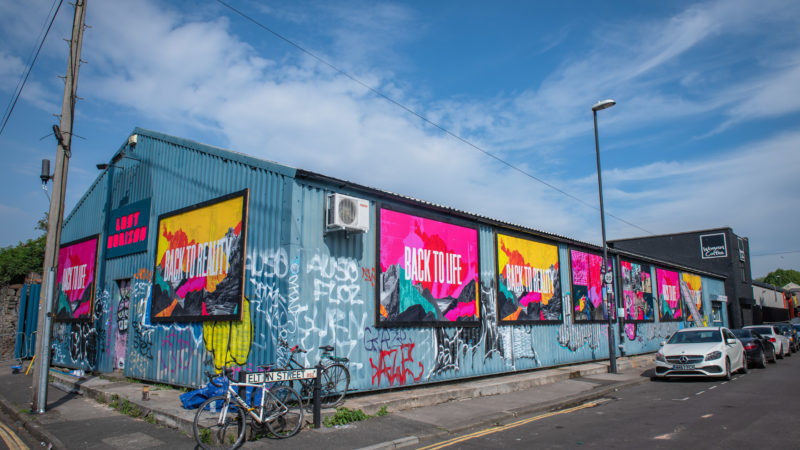 Launching on March 8 to coincide with International Women’s Day, the event will continue on March 10 and 12, ending with a closing party.

One of the art installations was curated by Russian-born, Berlin-based activist and artist, Katya Kov. Titled Queer Across and Beyond, it will feature images from queer friendly artists including Lolja Nordic, Sasha Kazentseva, Viktor Vilisov and Ivan Vydumvlev.

The other installation has been curated by Spanish DJ and fashion stylist/influencer Sita Abellan, whose key images will  be used for a series of street posters around Bristol (from the people behind the BLM poster campaign 2020). 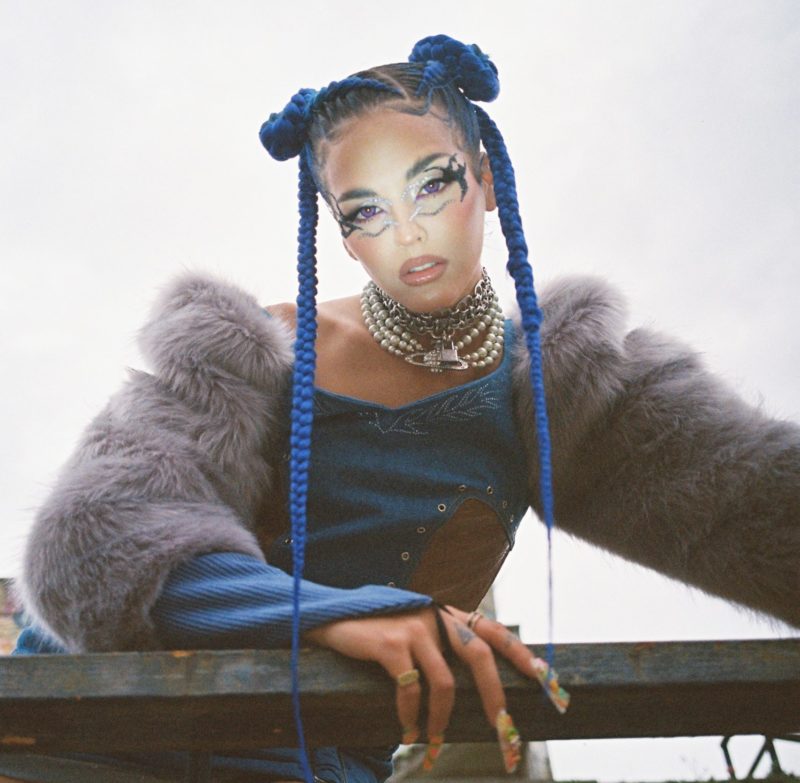 Sita Abellan is curating an art installation at Lady of the House: photo: courtesy of Sita Abellan

Abellan is considered to be at the vanguard of LGBTQ tastemakers, whose work pushes boundaries of music and style. Touring the USA with legend of house, Felix da Housecat, she has carved out a following playing uncompromising techno on major festival stages.

Kov was a founder member of the electro-funk pop outfit and self-styled ‘queer performance band’ Sado Opera, who formed in St Petersburg, and later became residents at Wild Renate, Berlin, known for their message of gender equality and dedication to feminist and queer activist art in Russia. 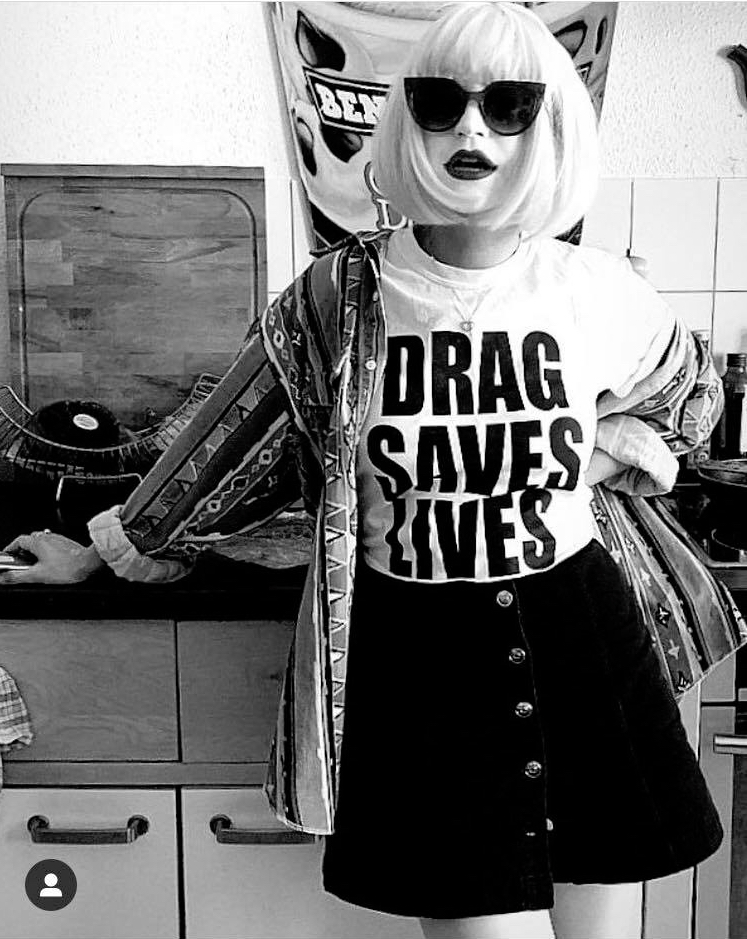 Katya Kov is curating an art installation at Lady of the House: photo: courtesy of Katya Kov

With all Lady of the House events across March 8/10/12 open to the public, the exhibition aims to educate and inspire visitors about the role women have played in shaping the music industry to date, and their position in determining its future.

Sessions on March 10, the industry-focused day, will include Mental Health and wellbeing in the music industry (presented by GetAhead), a virtual masterclass focused on how to run a record label and radio show (Anja Schneider), and a talk on ‘driving change in social deviances towards women in the music industry’ (Lady of the House X Savenightlife CIC/NTIA). 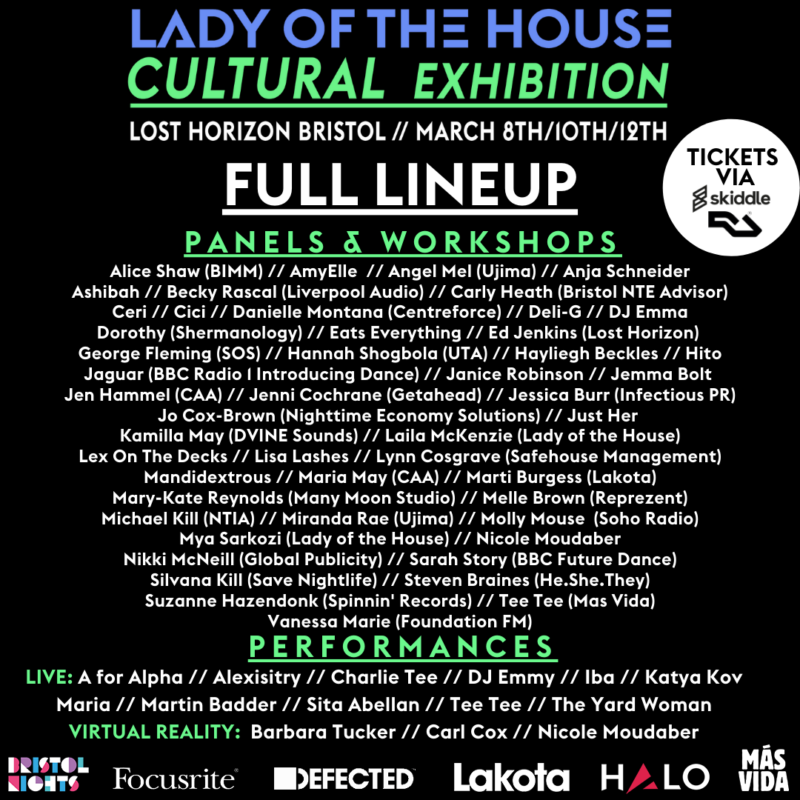 March 12 is the public-facing day, and highlights include a DJ workshop (Lex On The Decks), Back 2 Black: Reflections of black/brown women in Dance’ (powered by Lakota), a Hologram show from Barbara Tucker and a virtual reality performance featuring Carl Cox and Nicole Moudaber.

The exhibition is the first instalment of the Lady of the House UK Tour, which will take in cities including Bournemouth, Sheffield, London, Manchester and Leeds in 2022, and feature all-women lineups, mixing legendary names with rising stars. 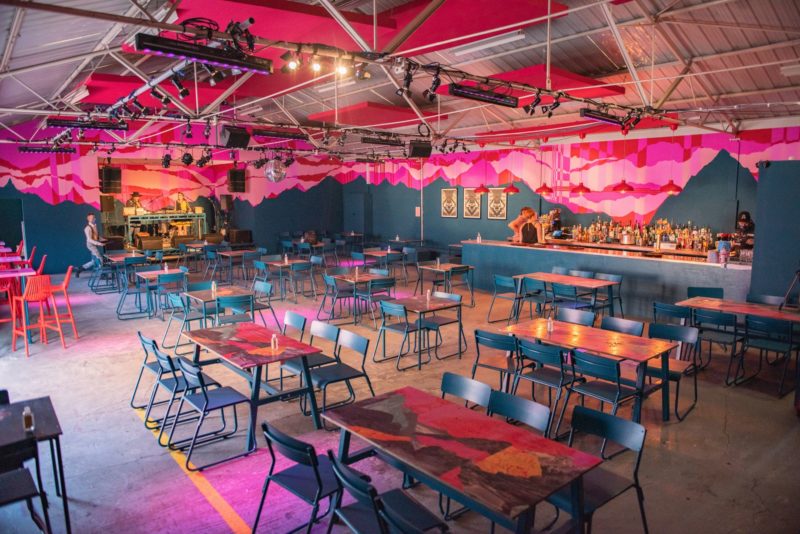 Speaking about the events, Laila McKenzie said: “It was a natural progression to launch the UK club tour as there’s so many amazingly talented women pushing boundaries and producing great music across the electronic dance music genres.

“We also wanted to start introducing the new school of talents – the women emerging as leading lights in their field, and to bring Lady of the House to towns, festivals and events across the UK.”

A post shared by Lady Of The House (@officialladyofthehouse)

Lady of the House is at Lost Horizon, 1-3 Elton St, Bristol, BS2 9EH on March 8 (opening at 11am), 10 and 12 (concluding at 2am on Sunday March 13). Tickets for in-person events including the exhibition activities, club tour and closing party can be purchased at www.skiddle.com. The event can also be attended virtually through the live stream, free of charge, via www.losthorizonlive.com.

Listen to the latest episode of the Bristol 24/7 Behind the Headlines podcast: