Constantly pushing the relationship between visual and audio, Kayla Painter is back with another doble A-side release. Following her previous release ‘Pray At Night / Blood Orange’, this latest double A-side release is an enchanting addition to her catalogue.

It ebbs and flows beautifully, ‘Made of Light / Sacrifice The Other’ features ethereal vocal samples and a mesmerising sound palette which Kayla has mastered over years of producing. Working as sound sculptures, her work is emotive and often industrial, blurring the lines between hardware and software synthesis.

During lockdown Kayla has been honing in on her craft and exploring the AV aspect of her shows by projecting visuals in abandoned spaces and environments and livestreaming them online. Working with long time collaborator Jason Baker, the pair produce masterful soundscapes. Viewers can also enjoy the full affects as Kayla has released a limited run of 3D merchandise which is availible to buy from her bandcamp here. 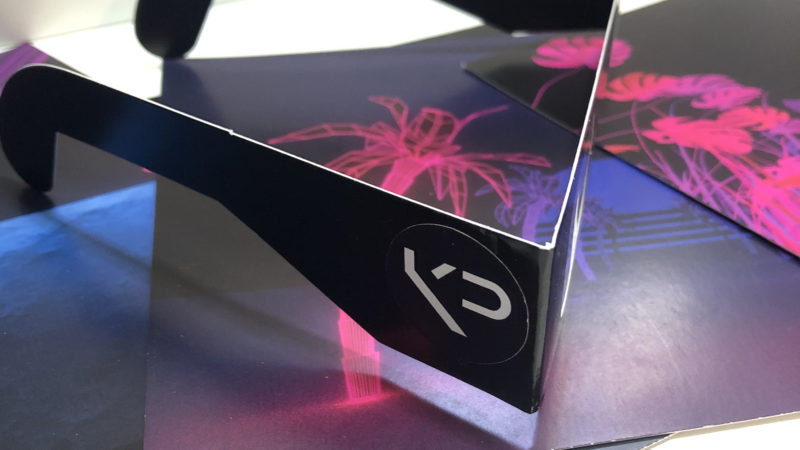 Given the nature of her performances, 3D merchandise was the next natural progression. There is a limited run so be sure to grab yours. Image supplied by Kayla Painter.

More recently Kayla has been chosen as a representative for the UK to explore and collaborate with the underground music scene in China. Funded by the British Council, the project will involve a brand new track which will be produced using media from international sources.

Kayla’s returning to play live with a new AV show in 2021, keep an eye out for dates as they are announced here.

Read more: Out of the Wormhole and onto the Decks