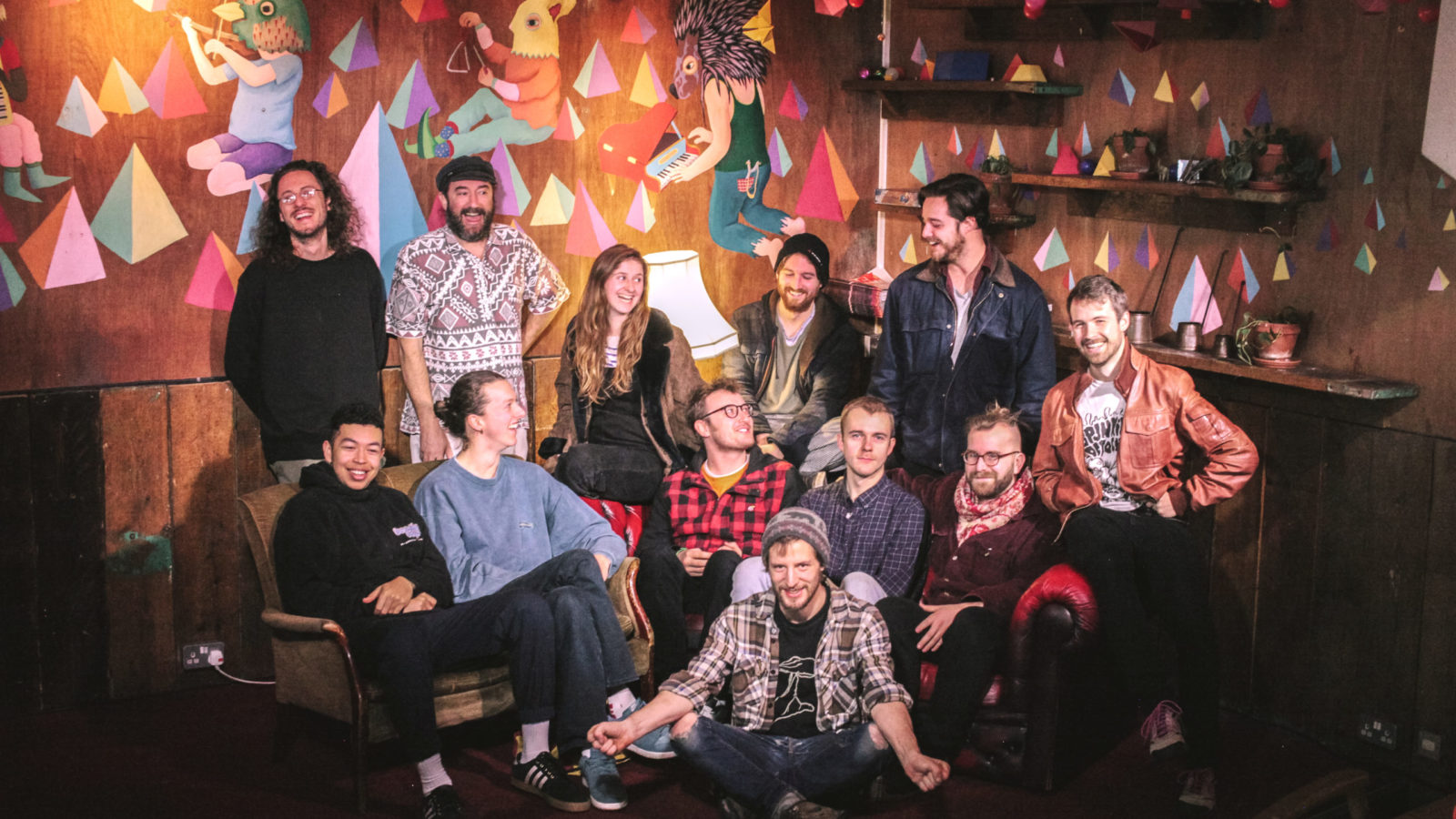 If getting down with grooving Nu-Jazz in Bristol is your thing then you’ll know about the Worm Disco Club. The last five years have seen a remarkable wave of highly danceable young jazz acts storm across the UK, with London’s Jazz ReFreshed and Steamdown scenes getting worldwide attention. The Worm Disco crew have brought some of the best to a string of Bristol live nights, including Joe Armon-Jones, Sons of Kemet and The Comet is Coming, acts which the crew went on to showcase in The Wormhole, one of the best-rated stages at Glastonbury 2019. 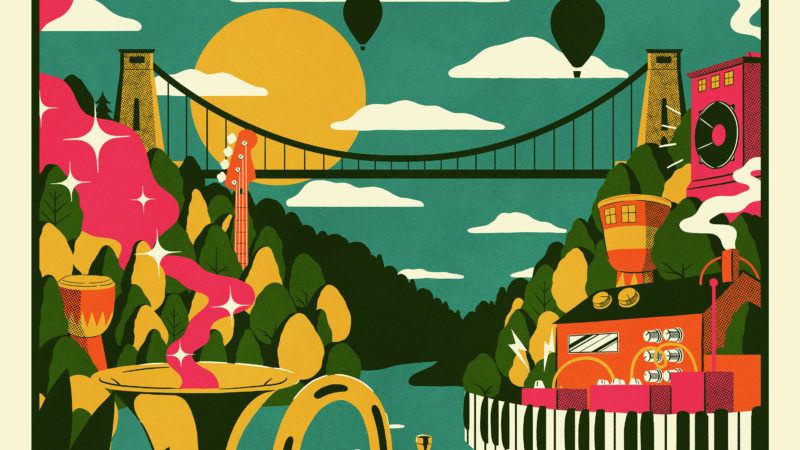 But now they’re keen to show that it’s not just been happening in the capital city. Bristol has its own flourishing scene with bands like Ishmael Ensemble, Tezeta, Prudent Primate and Feelgood Experiment all exploring the possibilities of taking jazz into hip-hop, grime and other musical genres. There’s been a particular buzz around The Gallimaufry, with groove explorers Snazzback and improvising math jazzers Waldo’s Gift having weekly residencies and powerhouse duo Run Logan Run being regular visitors. When the Worm Disco Club decided to start a record label – called, naturally, Worm Discs – it was the Gallimaufry scene they picked and their debut release New Horizons (released September 4) is a brilliant showcase of those bands. The aim of the record is quite simple – to share the great sounds of the bands with fans and to give a wider UK audience the chance to discover the great range of NuJazz talent that Bristol has to offer. 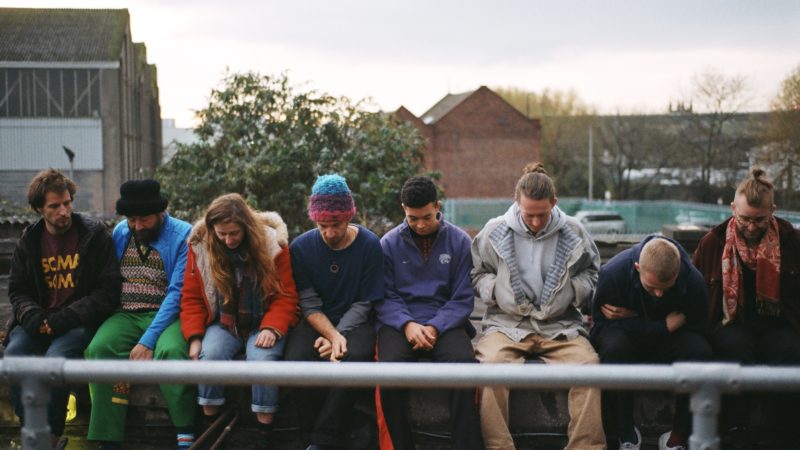 For Snazzback bass player Rich Allen (fourth from left in the picture) the album is yet another important step in the band’s four-year trajectory from a loose bunch of good-time buskers you might catch in the Centre on a Saturday night. “We were just having fun playing but at some point things clicked, we began to get offered gigs and before we knew it we were playing 15 festivals a summer and getting invited to places like Ronnie Scott’s and the Jazz Cafe. When we started there wasn’t so much going on in Bristol in that vein – the Bloom Collective were getting active, of course – but as the UK Jazz scene began to flourish we’ve grown along with that. Now – it’s great! There are so many amazing musicians around the city and things have been exploding, left and right”. 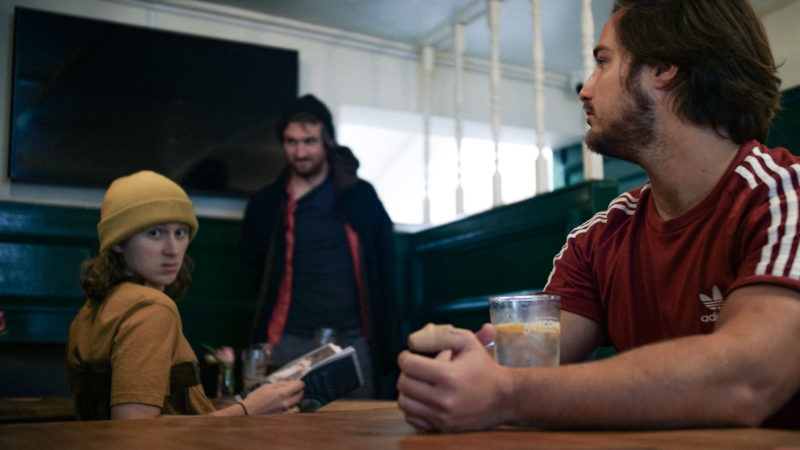 As with the so-called Bristol Sound in the 90s, Rich feels there’s something particular about the musical culture of Bristol that’s fostered this wave of creativity: “Bristol’s big enough to support a diverse range of scenes yet small enough that everyone seems to know everyone else. There’s a very friendly, non-competitive atmosphere and most projects are bands as opposed to individual musicians trying to make a name for themselves.” And, crucially, there were venues prepared to give these bands a chance – Rich is fulsome in his praise for The Gallimaufry: “It’s a beautiful place and James (Koch) who runs it is a local legend who gives musicians the freedom to be creative. The staff are all fantastic, too – they feel like family now!”

The New Horizons album boasts three Snazzback tracks, two featuring ear-snagging vocals from China Bowls with the other a lounge-core reworking of Flump by Pete ‘Ishmael Ensemble’. Cunningham. The band’s saxophonist Dave ‘Lyrebird’ Sanders also features on a solo multi-layered ambient interlude as well as appearing with the Waldo’s Gift trio on one of their three offerings. The album opens with Bergson, a typically stylish Waldo’s Gift improvisation evolved from Alun Elliot-Williams minimalist guitar cascades into a gripping cross-rhythmic workout. It’s a track that’s already getting noticed – as befits a band spotted as Ones To Watch by Gilles Peterson – and feeds naturally into Run Logan Run’s oddly named 3.3 Encke Ups, a brisk, intricately structured whirlwind of catchy hooks.

Now that it’s finally happening (the album’s original launch was twice stymied by the lockdown) Rich Allen thinks New Horizons should definitely fulfil Worm Disco’s commitment to getting Bristol’s exciting young jazz scene on the national map: “London is such a behemoth but hopefully people are starting to see that there’s a lot going on in the UK outside of London, not just in Bristol but Leeds, Manchester, Glasgow and more. This record is definitely a big step on the road to getting the Bristol sound out there, and we’re all really excited to be a part of it!”

New Horizons – A Bristol ‘Jazz’ Sound is released on Worm Discs from September 4 and is available through Bandcamp.