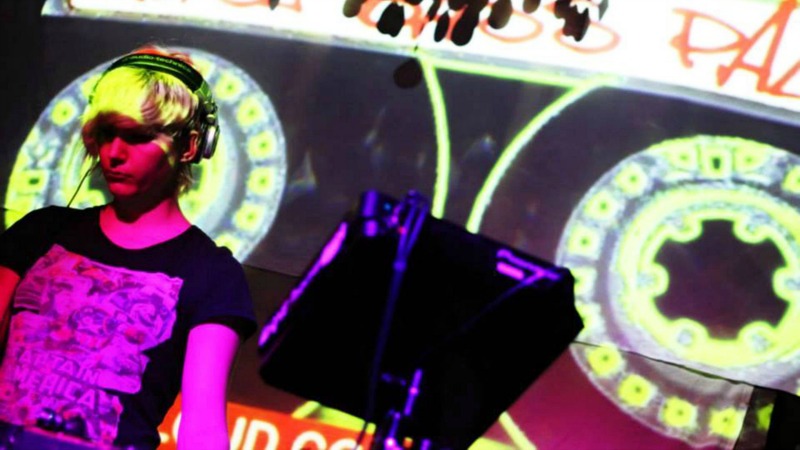 Drum & bass night? IDM session? Something special has flown in from South London, and it’s about to land at Blue Mountain. Adam Burrows hails the coming of Noise.

August 11 – 14 is Boomtown weekend, and a lot of Bristol ravers will be out of town. If you’re not part of that exodus you should head to Blue Mountain for the official Bristol debut of South London club night Noise Test. It’s essentially a drum & bass session, but probably not as you know it.

“We try and steer clear of the crappy d&b you hear in a lot of clubs,” says Medika, the night’s promoter and resident. “We call it ‘dumb cat’ music, as it represents the dry, repetitive, uncreative vibes out there. The ‘dumb’ is the kick and the ‘cat’ is the snare.“ In place of those tired, formulaic beats Noise book producers who treat electronic genres as a work in progress. Look to Noise-London’s Soundcloud for raw, progressive beats guaranteed to rekindle the faith of the most jaded d&b-head. Most of it consists of sets recorded at their own nights.

“Noise was started by two friends, Tyrone and Timothy, and I was their resident DJ,” recalls Medika. “The guys fell out shortly after it started, and they basically gave the night to me to carry on…” Noise became a focal point for Brixton’s DJs, producers, graffiti artists and skaters, with parties at Dogstar, Babalou and The White House in Clapham. Soon “bigger producers came down and got involved because they were pressure-free, fun parties…many tunes, releases and connections have blossomed through it.”

Running parallel to the regular Noise sessions, Noise Test launched as a way for producers to play their own tracks. With a music policy ranging from d&b and breaks to IDM, “DJs loved the concept and we felt privileged hearing the raw material first. We’ve had Raiden, Loxy, Skitty, Double-O, Thing, Anile, Boxcutter, Strago, Vromm, Hyroglifics…all come down and play a set of their own productions. It’s like a weird game and everyone’s happy to play.”

This isn’t strictly their first Bristol party: “We were invited to do a little show in Montpelier a few years back with a couple of residents which was fun, but this is the first gig outside London with a big lineup.” It’s come about because of Medika’s relocation to Bristol (she’s currently crashing in a studio). “The lookout for the perfect club started six months ago and Blue Mountain was perfect. I caught Commodo there a few weeks back and the soundsystem was impressive to say the least!”

The headliner for Noise Test #11 is Throwing Snow, a true maverick whose work has touched on jungle and footwork as well as ambient techno. “Ross is a don,” says Medika, “He’s one of the most talented producers out there. He played for us before and loves what we’re about. Conveniently he lived behind our previous venue and lives in Bristol now. We’ve been lucky basically…” Bristol artists on the bill include Clarity – “the guy is unbelievably talented. The Infinite LP he released on Samurai Music was insane”- and hard touring trio Ruffhouse, who are “doing amazing things with the new UVB-76 label, pushing sounds and artist we truly believe in.”

There’s been some really exciting activity around the fringes of drum & bass in recent years with everyone from dBridge to Om Unit and Bristol’s Sam Binga playing their part. Does Medika feel part of a movement or are Noise just doing their own thing? “I definitely like to go for artists that are keeping things interesting so I guess that is the movement…I would love to have Sam Binga, dBridge and Om Unit down – maybe something will happen soon.” If you want to see lineups like that in Bristol – and you really should – get down to Blue Mountain and show your support.