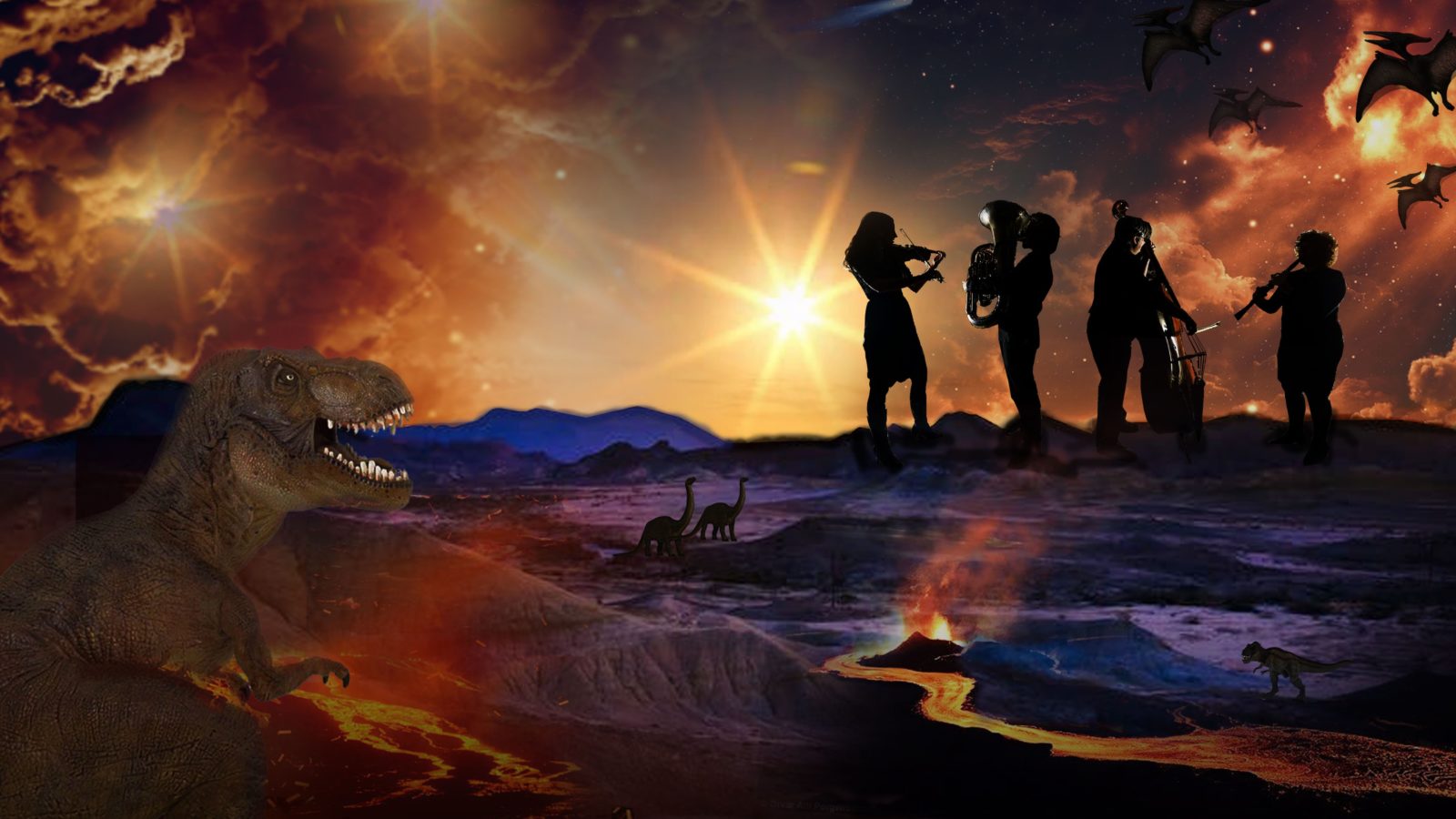 Insight Ensemble, Bristol’s inspirational mashers-up of classical music and performance, are back – and this time, they’re taking us back to our planet’s very beginnings.

The Bristol-based orchestra and artistic collective returns to The Loco Klub beneath Temple Meads station in April for its first show of 2018.

Audiences will be immersed in a primal, primordial soundscape that draws them back to the dawn of time, with themes of creation, chaos and dinosaurs. Featuring a full symphony orchestra, dancers, pyrotechnics, spoken-word and visual performance, the show will feature a mix of staples from the classical repertoire, and brand new compositions.

Tell us about Insight Ensemble – who, what, why?
Insight was founded as a string orchestra in 2015 when we performed our first concert at Circomedia. We wanted to do the clichéd thing of making classical music more accessible, less formal, more fun – and, ultimately, share our passion for it with wider audiences. But how? We mused over that for a while after and happened to bond in the rain and the mud at Glasto 2016 with the Invisible Circus crew… 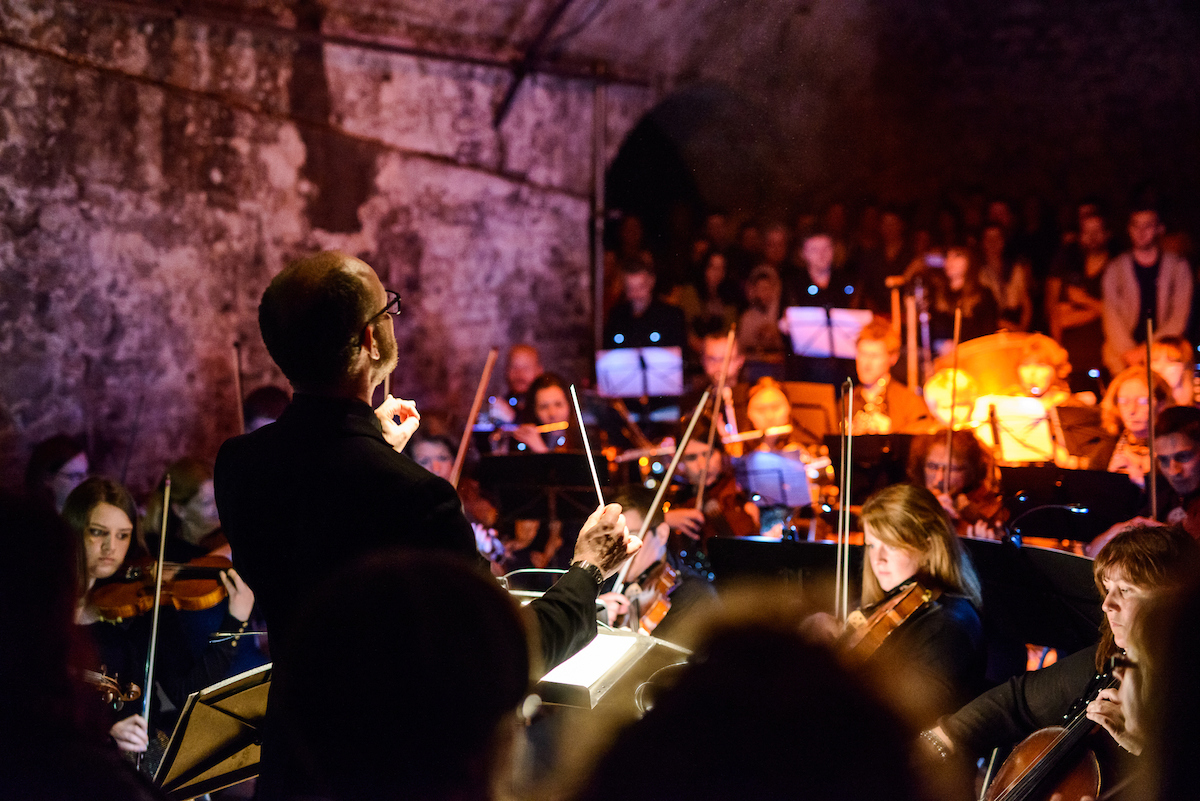 Pictured: ‘Underground Classical’, one of Insight Ensemble’s previous performances in The Loco Klub (May 2017)

That was that. In 2017 we bedded into The Loco Klub Tunnels, expanded to a full symphony orchestra and, collaborating with The Invisible Circus, performed eight sell-out shows throughout the year. They got bigger and better, peaking with a 65-piece orchestra plus 25 performers and crew, for our trip to Outer Space in September. It was described as “outer-space musical tapas.”

What have you set out to do with Insight Ensemble?
We’re breaking the stereotype of classical music being for the elite and sensibly-dressed, and the presumption that concerts are long and boring or ‘not your sort of thing.’ We realised if we got rid of the stage and seating and put the orchestra in the middle, then the audience could move freely around us and feel more relaxed and able to respond to the music.
By merging the scope of classical music with dance, circus and other visual arts we’ve opened up to a wide audience, while giving opportunities to performers of all kinds to come together and be part of something special. 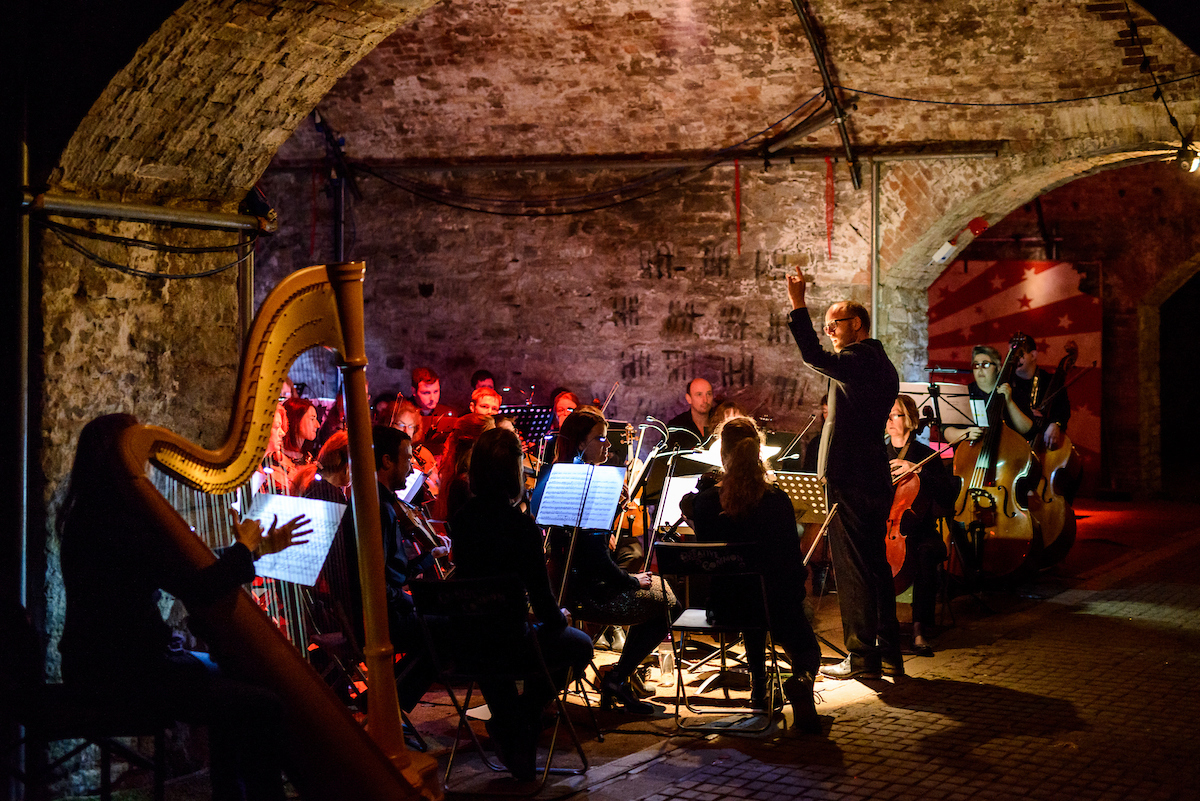 It’s also a unique opportunity to get right up close to the orchestra. You can stand right in the middle and look over musicians’ shoulders as they play. We’ve found ourselves especially popular with children and love to inspire them.
It is pure joy to see such varied audiences at our shows from wide-eyed young children, festival types arriving in full costume and classical music veterans coming for the repertoire. Our shows are for everyone! 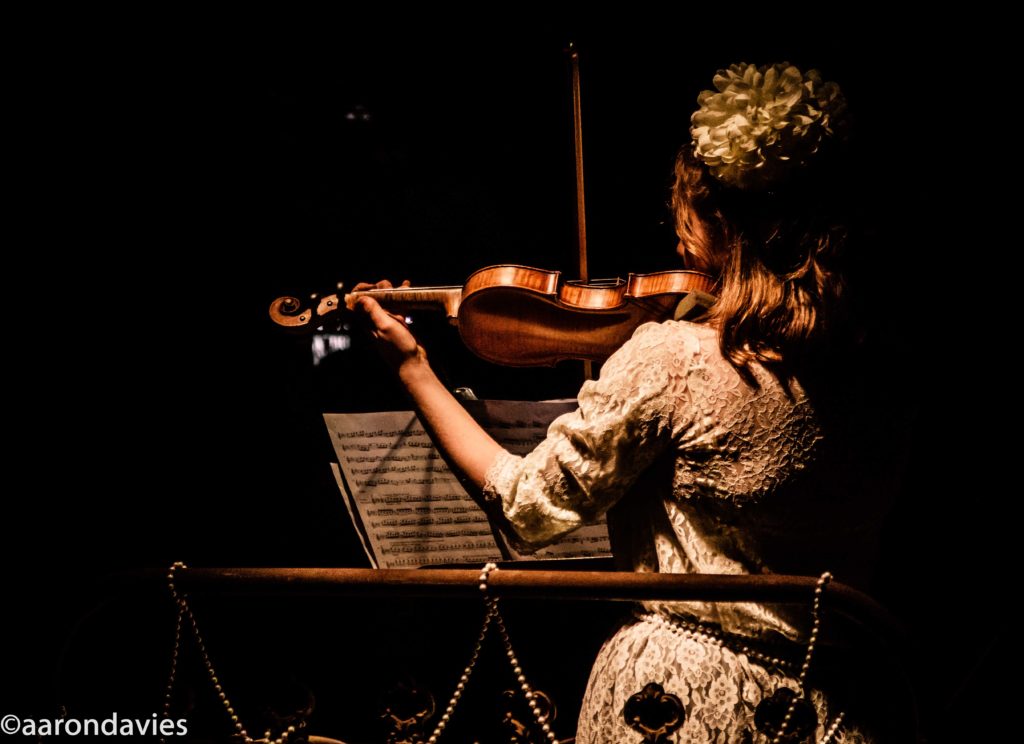 Tell us what to expect from The Dawn of Time.
You can expect a huge orchestra! Lots of loud rhythmic stuff; everything from the creation of the earth through some elemental storms and of course, the arrival of the dinosaurs and early tribal man. There might even be some ritual sacrifice. I can’t say too much, but we’ve got projections, creative dancers, fire and some rapping raptors!
Keep an eye out for some hints at the programme on our website: but we never fully let on what we’re going to play, you’ll have to come and see.

And what makes a show distinctively Insight?
Aside from putting such elements as a dry ice experiment by astronauts or a breakdancing dinosaur in the same show as Bach and Tchaikovsky, it has got to be the simple passion for the music that makes us who we are. We enjoy ourselves tremendously, and don’t take ourselves too seriously. A performance is an energy exchange.