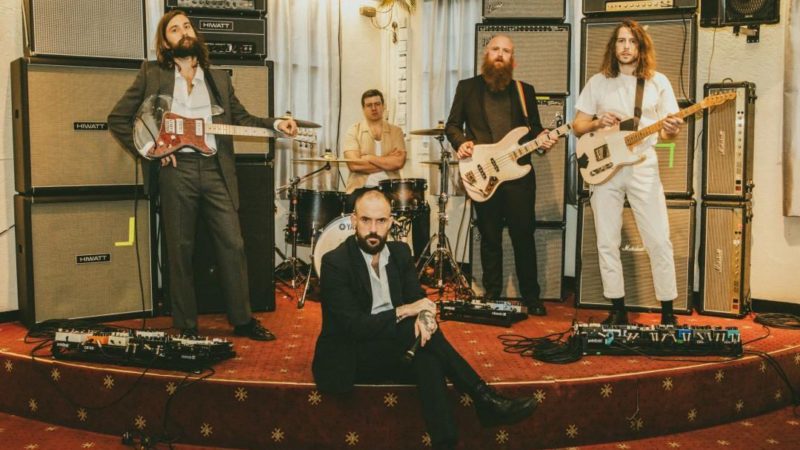 Breakthrough Bristolians IDLES, known for their high-octane, direct and powerful performances, are back this autumn with their third studio album, Ultra Mono. When we sat down with guitarist Mark Bowen, we naturally began with the most important question on everyone’s (upper) lips.

The first big question: you’ve got a great moustache. Do you take any products to it? Or is it all natural?

I just don’t shave the upper part of my lip (laughs).

You’ve been releasing loads of new content on YouTube including the series, GENKS, which deals with all things pedal-related. What was the motivation behind this?

At the start of lockdown we made a conscious decision over what things we have control over and what we don’t. Playing live: we don’t know when that’s going to happen again.

What we do have control over is recording and releasing music, along with interaction with our audience through social media. We thought about things we are interested in, things that we can share that can be useful. Lee and I are completely obsessed with gear, stuff like that. So we set up this GENKS thing to just nerd out and to also make these funny/stupid ads. 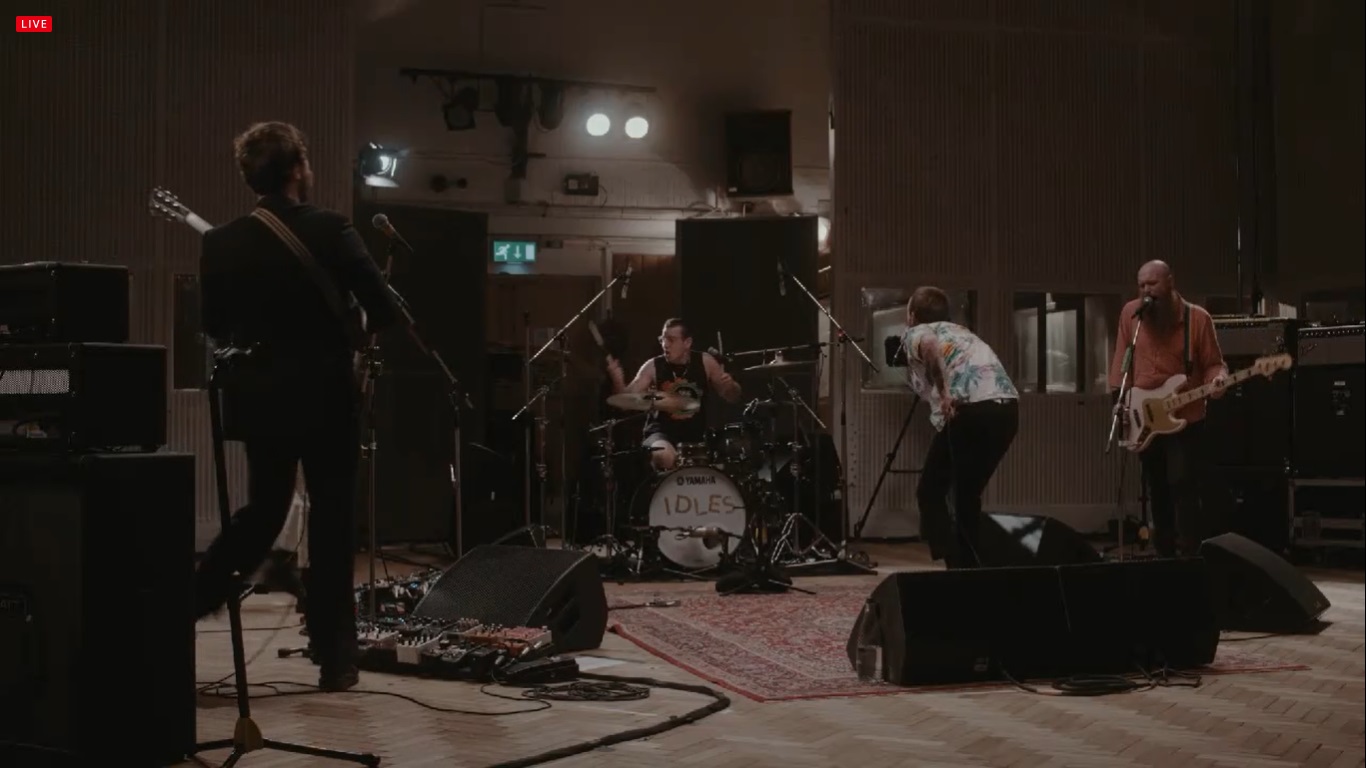 You’ve got Jehnny Beth (Savages) on the new album. She was from the other generation of bands like Wytches and Fat White Family. Then you guys became the new generation for that style of music. Are you paying homage to those bands, or did she just fit the style for you?

With this album we wanted to distil IDLES down to its most potent form, so everything is broken down to the simplest version. If you break IDLES right down, an important aspect is the community that we create in our audiences, from our shows and to the ones around us.

There are friendships that have grown out of the band touring, being around various different people. If you look at it on paper, putting Jehnny Beth, David Yow and Warren Ellis in a room together: they’re all misfits. They’re all from very different backgrounds – but there is a shared enthusiasm for love, life and music.

You’ve conquered most major milestones in any artist’s career, from a Glastonbury performance to making it big in North America. What is left for you now? Is just going through the motions and enjoying it at the same time?

It’s never really going through the motions, we learnt that very early on. It’s about finding a new way to see it. It’s ever-evolving For instance, there are places in the world we haven’t been to. 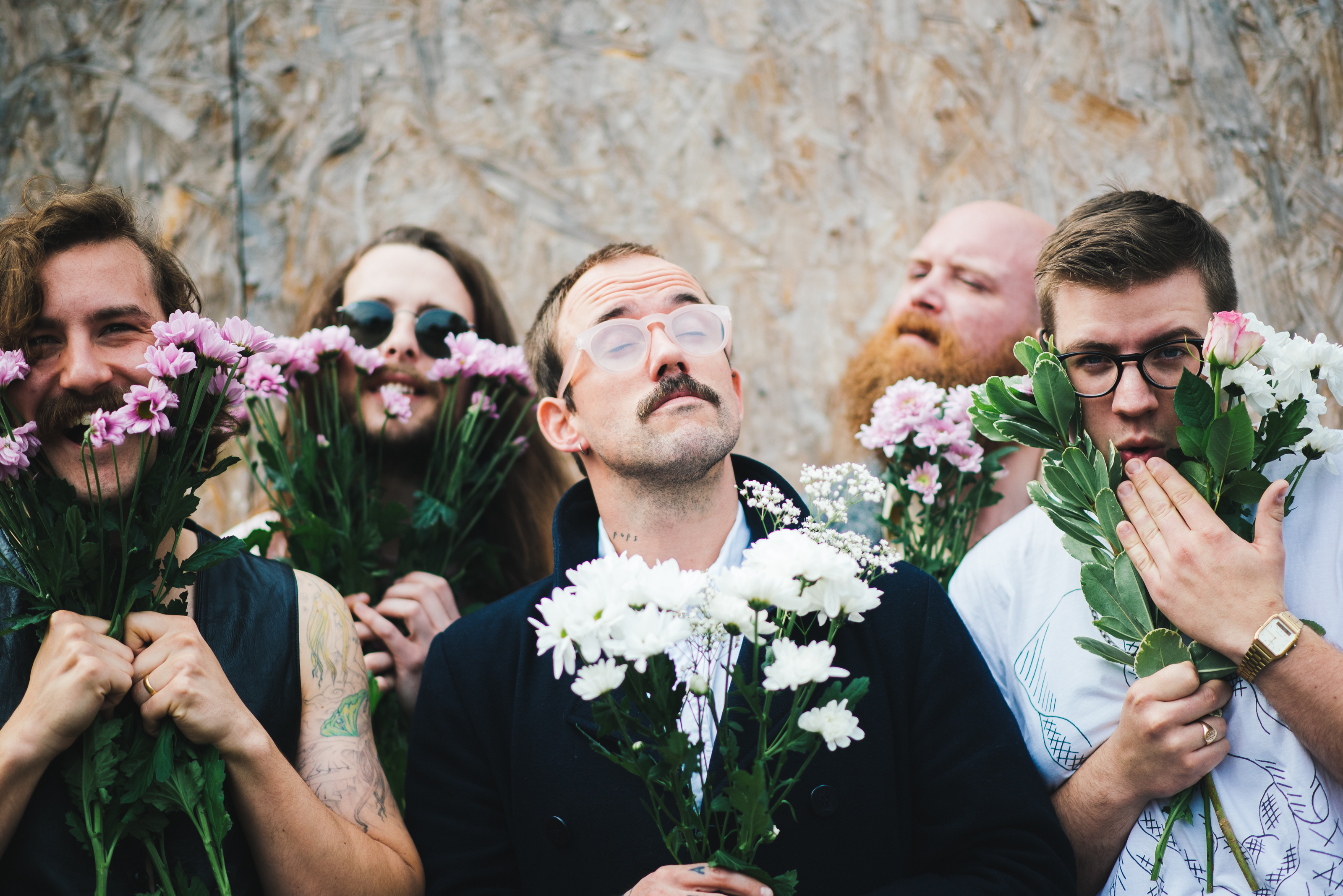 IDLES release their third album at the end of September. Photo: Lindsay Melbourne

We still wanna hit that and then things like playing to Glasgow crowds is incredible, so it’s always something to look forward to. When you know somewhere, there’s a sense of returning home: but there’s also this excitement, because it’s not going to be the same as the first time.

With this album you’re working with Nick Launay, who’s got a real post-punk pedigree. How did you approach him?

We had him produce the last album. He’s worked on some of my favourite albums – by the likes of Public Image Ltd, Killing Joke, Gang of Four – and his attitude with guitars is really exciting. The way he puts them in the mix is incredibly violent, and his live natural drum sound is very exciting.

If you listen to this album on a big sound system, there’s lots around the 50 Hertz, which is the stuff you don’t hear but you feel. It wobbles your gums and rubs you in the chest.

That’s an important thing to us, being a band from Bristol. We’ve lived in the clubs here, where the bass really hits you. An understanding of bass is very important to us, yet often it’s overlooked in our music. We sought out producers that have an understanding of these things. It’s just us having our cake and eating it!