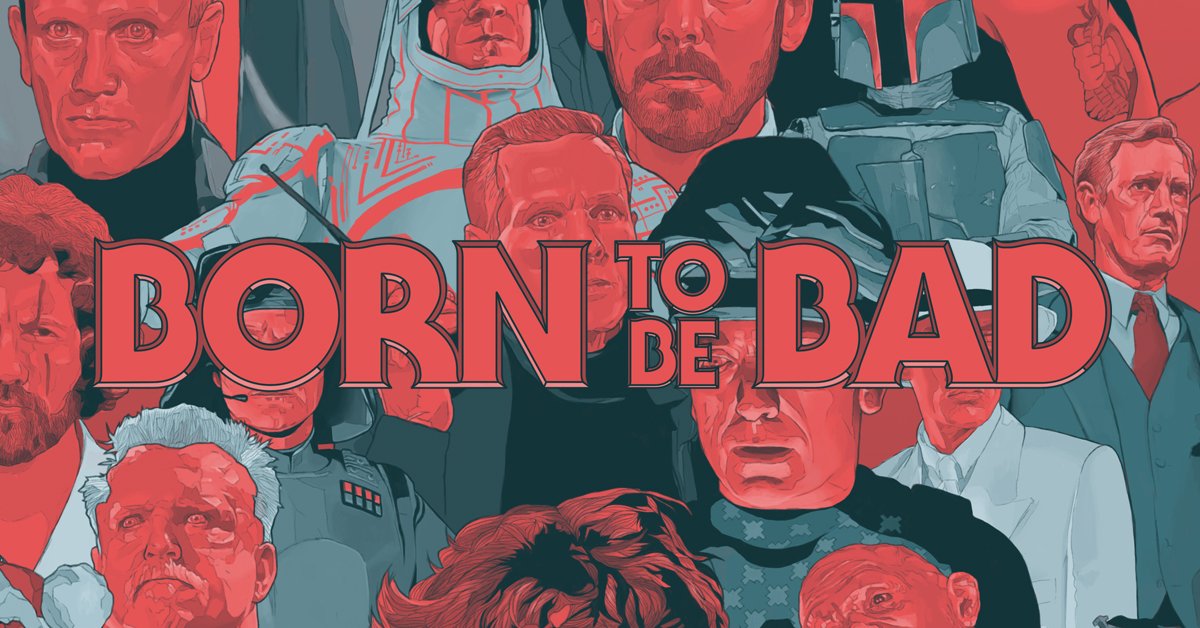 Few people can claim to have wasted their youth quite as impressively as Timon Singh. His conversation is peppered with names that you’ll only recognise if you’re in the habit of scanning the fuzzy credits of straight-to-video 1980s action movies.

As the founder of Bristol Bad Film Club, he’s brought joy to our hearts with sell-out screenings of the likes of Hard to Die (“the female Die Hard“, with babes in lingerie wielding really big guns) and, most recently, Shark Attack 3: Megalodon (a cheapo antecedent of upcoming Jason Statham prehistoric shark flick The Meg). 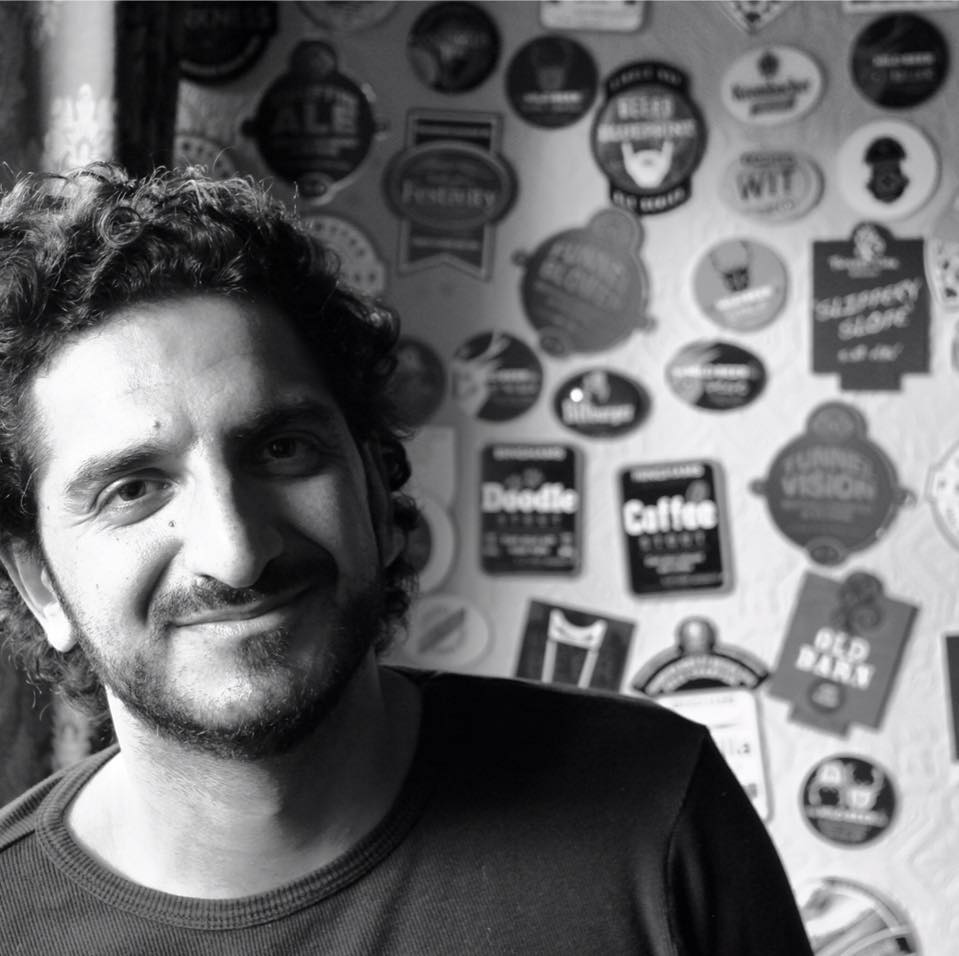 Now he’s put all that useless knowledge to work in his first book, Born to be Bad, for which he tracked down and interviewed the actors behind many of the greatest villains in action cinema.

It’s also won him the role of producer on upcoming crowd-funded documentary In Search of the Last Action Heroes, which makes extensive use of his enviable contacts list.

A handful of Ti’s interviewees are well-known names with multi-hyphenate careers, but you don’t need to have heard of the likes of Vernon Wells, Robert Wall or the late Derrick O’Connor to enjoy this rattling good read, as many of them are pleasingly indiscreet about working with the world’s biggest stars.

There’s also plenty of trivia to savour, such as the Die Hard terrorist who is now an artisan baker and the identity of the fella who’s been slain on screen by Arnie more than any other goon. Bill and Ted fans will be particularly delighted to find interviews with both the Grim Reaper (William Sadler) and Genghis Khan (Al Leong).

The idea for the book came to Ti while he was watching a 35mm print of RoboCop at the Cube last year. “I was taken aback by Kurtwood Smith who was cast as Clarence Boddicker [the evildoer who executes Peter Weller’s Officer Murphy].

“As I was cycling home, this got me thinking how these actors got cast in these roles. Was it a benefit to them, or were they typecast as bad guys afterwards? I then thought I could expand this to all the bad guys I grew up watching. Within 48 hours, I’d written a book proposal and sent it out to a bunch of publishers.”

David Warner: surprised Ti wanted to talk to him

First he drew up a hitlist of interviewees, which was whittled down after eliminating those who weren’t interested, demanded a big wodge of cash, or had inconveniently perished (Powers Boothe died before Ti got to him).

Some were delighted to talk about their careers. With others, “I rather felt I was opening old wounds talking about their heyday, after which it never really panned out”.

David Warner, whom most of us will always associate with being decapitated by a sheet of glass in The Omen, was surprised that Ti wanted to speak to him at all. “He said, ‘I’ve done loads of things – why do you think of me as a villain?’ Are you serious, you’ve literally played evil in Time Bandits. Then there’s Tron, Time After Time, Titanic… He was like, ‘Oh yeah, OK…'”

Unlike the major stars they’ve worked with, Ti’s interviewees aren’t surrounded by pushy managers and publicists bearing extensive lists of forbidden topics of discussion. Nor, generally speaking, are they dissatisfied with being stereotyped or occupying what is often a lowly rung on the filmmaking ladder, although screen villainy offers a particular kind of fame.

Pity, for example, William Atherton, who played odious bureaucrat Walter Peck in Ghostbusters and once had 8,000 schoolchildren shout “Hey dickless!” at him in imitation of Bill Murray’s put-down.

What fascinated Ti was that many of them hadn’t started out as actors. “In the ’80s you had a lot of body-builders, power lifters and dancers, because action movies required these different capabilities. Many of them just fell into it.

“Sven-Ole Thorsen, who is Arnie’s best friend, has been in everything. But he was a Danish strongman who made his own career through sheer force of will. He’s always been there in the background in all these action films. He’s happy with his lot in life because he never thought this was where he was going to end up. He’s not like a Stallone or a Bruce Willis, who are surrounded by PR people. It’s just him. And he doesn’t give a shit. He will tell you whatever you want to know. He doesn’t have a reputation that can be damaged.” 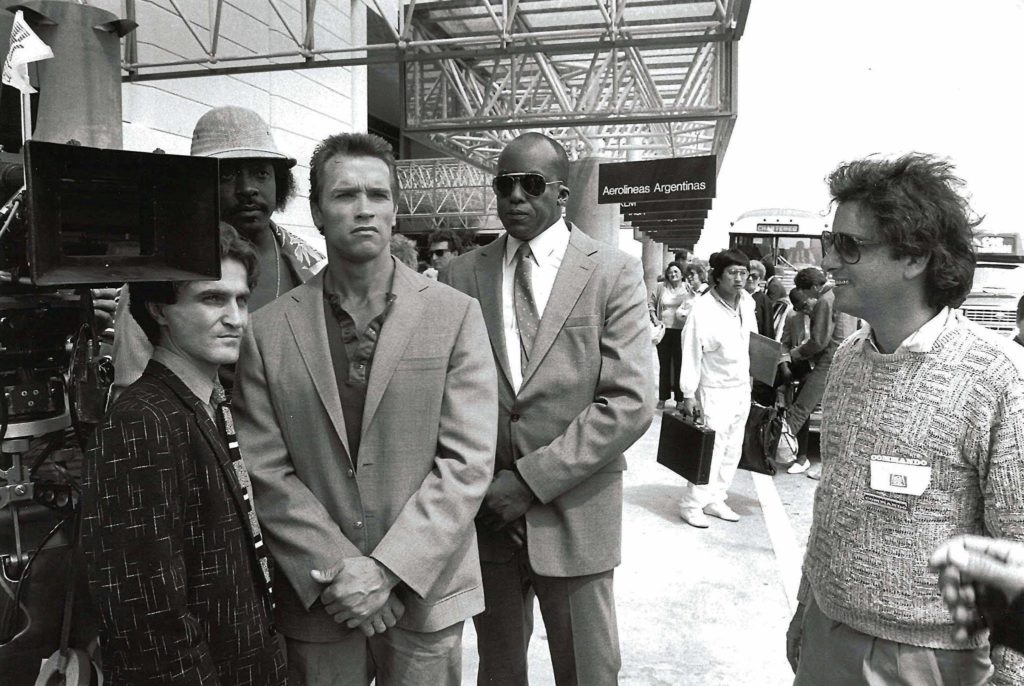 Bill Duke (centre) on the set of Commando with Arnie

There are a couple of exceptions. Bill Duke (Predator, Commando, etc) speaks eloquently about avoiding the trap of being cast as a two-dimensional villain simply because he’s a tall black man.

And there’s a topical #MeToo moment when Sarah Douglas (Ursa from the 70s Superman films) talks about an unnamed “loathsome, arrogant son of a bitch” director who once asked: “Whatever happened to you? You had your chance. It’s so rare to have that chance where every producer or director wants to get you into bed.”

“She was one of the best people I interviewed,” says Ti. “The one thing I’m rather disappointed about is that I couldn’t get more interviews with female stars of the time. I did reach out to people like Brigitte Nielsen and Grace Jones.

“But Sarah Douglas’ story was fascinating. Her role in Superman II was iconic. But despite actively trying to avoid it, the only way she was going to get work was by playing up to that she-bitch persona. She was quite philosophical about it all, but unwilling to compromise on her beliefs, which I respect her for.” 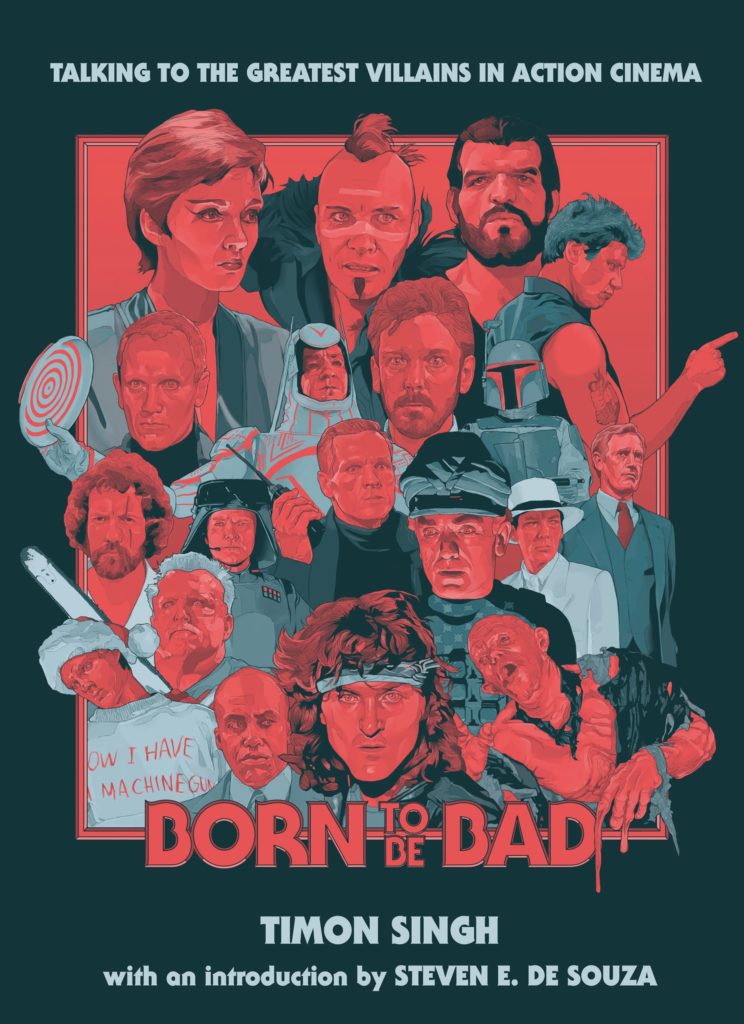 A couple of his interviewees have fearsome reputations, namely Steven Berkoff and Jack O’Halloran. If you’re not familiar with the latter, he plays Kryptonian villain Non in the Superman flicks. Oh, and he’s also the son of Albert Anastasia, head of the Gambino crime family.

Any trepidation about talking to those guys? “I was terrified about speaking to Steven Berkoff. It had taken me months to get an interview with him. His people had just said, ‘No he’s not interested’. Then eventually he relented. He was exactly how you’d expect him to be. He’s a busy man who’s got plenty of things to do. I was just grateful that he gave me some time.

“Jack O’Halloran is…” Ti pauses to find the right word. “…fascinating. He’s led a fascinating life. He’s one of those actors who doesn’t give a shit. It’s like, ‘I’ve seen stuff. I don’t care who I upset with anything I have to say. This is who I am.’ We sparred on a few issues, but apart from that he was lovely.”

Indeed, whereas big stars tend to be guarded and dull as they gush about how simply marvellous everyone is to work with, presenting the hapless hack with a challenge to salvage anything readable from their stream of drivel, Ti faced the opposite problem.

“I had to edit out quite a few stories that might have been seen as libellous,” he concedes. Arnie emerges as quite a divisive figure, who’s loved and loathed in equal measure.

But there’s one action star who seems to unite almost everybody. “There was a recurring theme among people who’d worked with Steven Seagal who had not had enjoyable experiences,” says Ti diplomatically.

Born to be Bad: Talking to the Greatest Villains in Action Cinema is published by BearManor Media and is available to buy here on Amazon.