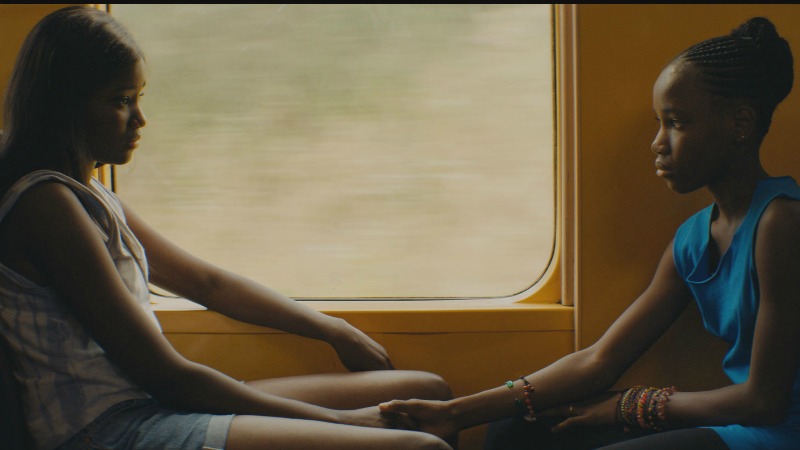 Navigating the fickle ebbs and flows of teenage life with supreme confidence, Girlhood adds another impressive coming of age drama to director Celine Sciamma’s resume. The filmmaker has already impressed with 2006 debut Water Lilies and 2010’s Tomboy and this movie completes Sciamma’s unofficial trilogy, further demonstrating her enviable ability to dramatise the lives of ordinary youngsters without ever seeming sanctimonious or preachy.

Centering on young teenager Marieme (played by hugely impressive, non-professional newcomer Karidja Toure), the movie is a confident blend of rites-of-passage drama and understated social study. At the start, we’re introduced to our central character, a well-meaning, caring young woman eking out a meagre existence on a Parisian council estate. Caring for her younger sisters in place of her largely ineffectual mother, Marieme is then bluntly informed by her school teacher that due to poor grades, her only future resides in a vocational course.

Resisting this, she soon falls in with a tough girl trio led by the sassy Lady (Assa Sylla) who, in an example of Sciamma’s smart scripting and direction, doesn’t look to lead Marieme astray. Instead, she offers her a sense of solidarity and security lacking in her home life. Along with cohorts Adiatou (Lindsay Karamoh) and Fily (Marietou Toure), Marieme is taught to both scrap and steal yet she’s also taught the importance of valuing her own existence.

Already, we sense how Sciamma is working hard to demystify any crass clichés surrounding depictions of urban life. The estate on which the characters live can be tough and brutal, as evidenced by the threatening presence of Marieme’s violent older brother. However, it’s also a place of great compassion and warmth; if the estate’s inhabitants are forced into making tough choices, it’s often due to systematic failings in both familial and educational circles.

The movie is, in short, an engrossing mosaic of ordinary life in which tiny observational details are almost rendered magical. In particular, a dance sequence in a hotel room set to Rihanna’s Diamonds beautifully captures the giddy charge one feels when enjoying music with a group of friends . Yet there’s also sadness too, with what’s surely one of the most gut-wrenching break-up scenes in recent movie history, beautifully carried out in silent close-ups that obliterates any tiresome Hollywood histrionics.

It largely resists a predictable A-B-C plotline, not relying on swathes of exposition but instead being attuned to the unpredictable rhythms of day to day existence in their vibrant and often painful glory. This becomes particularly apparent in the last act where Marieme drifts away from Lady, Adiatou and Fily, director Sciamma replicating the poignant way in which friendships can often seep out of a person’s life as they struggle to make sense of their own future. Most impressive of all, the movie never shouts about any of this. It doesn’t need to: it has an incredibly confident director at the helm, as well as a clutch of terrific central performers who effortlessly convey the fractious loyalties and tough decisions that come with the transition from girlhood to adulthood.