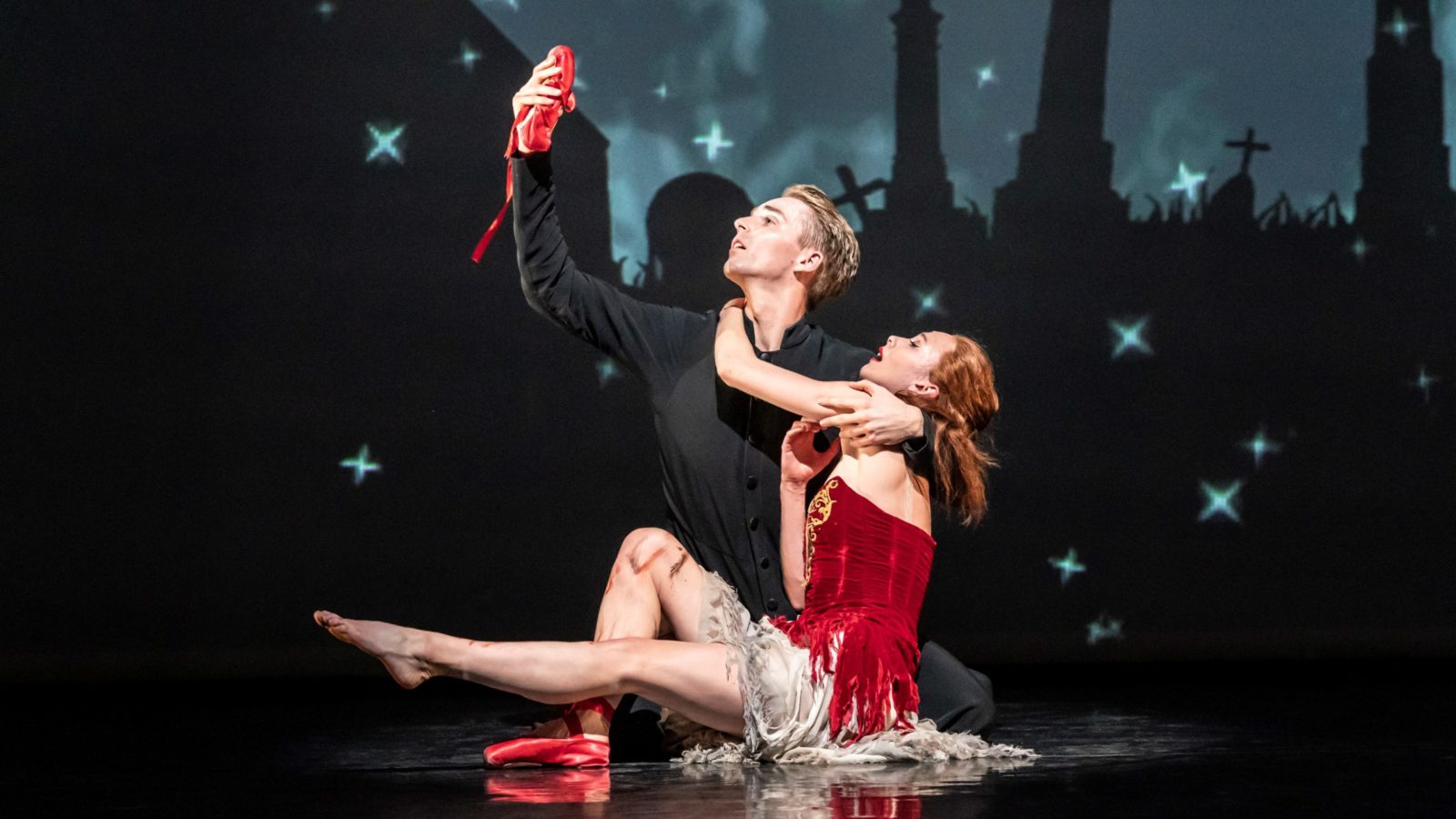 On March 3, Matthew Bourne’s company New Adventures returns to Bristol with The Red Shoes, Bourne’s stunning adaptation of the 1948 film of the same name. Bourne is famous for his powerful interpretations of classic tales, and The Red Shoes is no exception.  It has won at least 5 awards, including two Olivier Awards, and has been nominated for countless others.

The Red Shoes tells the tragic tale of ballerina Victoria Page, who must ultimately choose between her career with a genius director and her love for an orchestra conductor – “love versus art, or career versus love”, explains Bourne. The plot is based on the eponymous fairytale by Hans Christian Andersen.

Set to the romantic music of golden-age Hollywood composer Bernard Herrmann, Bourne’s The Red Shoes is orchestrated by Terry Davies, with cinematic designs by Lez Brotherston, lighting by Paule Constable and sound by Paul Groothuis.

“I play two roles in The Red Shoes, and will alternate between them on different nights” Liam explains. “Some nights I am Ivan Boleslawski, principle dancer of the ballet company in the story, and some nights I play Grischa Ljubov, the ballet master.  Ivan is a very interesting and varied character to play, and is based on Robert Helpmann’s role in the movie.  Grischa is a little darker. Originally played by Léonide Massine in the movie, Grischa entices Vicky in with the red shoes”.

Despite sounding like a slightly schizophrenic technique, Bourne asks this of his dancers to encourage a deeper understanding of each role. “I enjoy the variation” adds Liam. “I get to switch it up, it keeps it fresh, it keeps my mind ticking over, and it allows for development of each character. It would be incredibly boring performing the same show for every night of an eight month tour. We try and keep things in the moment with each other on stage, we communicate and listen, it keeps it fresh.”

Liam has been with New Adventures for eight years – I last saw him as The Prince in Swan Lake. “Every production we do brings new challenges. Each one is so different and the characters are so diverse. We focus as heavily on narrative as we do on choreography. It’s amazing for a dancer to have that opportunity.” This dedication to depth of character is evident in the richness and sophistication of every Matthew Bourne production I’ve ever seen.

“This version of The Red Shoes has lots of similarities to the movie – those that have seen it will thoroughly enjoy it, but any audience member will be taken on a journey. The characters are so vivid, as well as of course the era that it is set in.  A lot of Matthew Bourne’s work is open to interpretation – you can get lost in the story because there is so much to see and digest.”

New Adventures doesn’t really have a home, as they tour so much.  From Hull, Liam enjoys travelling and seeing new places.  “Different places provide a new energy and a new audience.  We tour with our own sprung floor to give us a bit of consistency when we’re at so many different theatres – we roll it out every Tuesday!” I for one can’t wait to welcome them to Bristol to witness Bourne’s newest masterpiece.

The Red Shoes will be at Bristol Hippodrome from Tuesday March 3 until Saturday March 7, 2020, touring until June 6 after that.  For more information and to book tickets, visit www.atgtickets.com/shows/matthew-bournes-production-of-the-red-shoes/bristol-hippodrome/