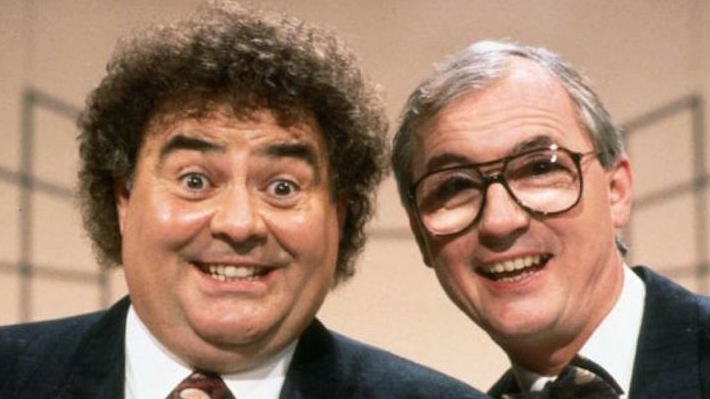 One of the biggest comedy stars of the 1970s and 1980s has died after catching coronavirus while in hospital suffering from heart failure.

Eddie Large, who lived in Portishead and regularly visited Bristol to watch shows at the Hippodrome, was best known for his partnership with Syd Little, with the pair attracting huge television audiences in their heyday.

His son, Ryan, wrote on Facebook: “It is with great sadness that Mum and I need to announce that my dad passed away in the early hours of this morning.

“He had been suffering with heart failure and unfortunately, whilst in hospital, contracted the coronavirus, which his heart was sadly not strong enough to fight. Dad had fought bravely for so long. Due to this horrible disease we had been unable to visit him at the hospital but all of the family and close friends spoke to him every day.

“We will miss him terribly and we are so proud of everything he achieved in his career with Syd and know that he was much loved by the millions that watched them each week.”

Large, whose real name was Hugh McGinnis, was born in Glasgow but grew up in Manchester.

Little and Large first found fame on talent show Opportunity Knocks, which they won in 1971. Their popularity grew before the launch of BBC One’s The Little And Large Show in 1978.

In 2019, Bristol’s Slapstick Festival put on a show, An Audience With Little & Large: A Larger Than Life Story, at which the pair discussed their career in showbusiness.

He tweeted: “He was an incredibly lovely bloke, with an incredible respect for newer stand ups! Couldn’t believe we all wrote our own stuff. And had brilliant stories about the reality of being a club comic in the 60s and 70s. He was a massive comedy fan.

“And loved his football! And by all accounts was brilliant. Told me a story about being dropped from a school/youth team and getting annoyed because the lad who replaced him had a stupid name. Nobby Stiles! He said he got over it pretty quickly.

“I was in the first live version Taskmaster in Edinburgh and one of the tasks was “Send Alex the largest thing” I went to his house, we had lunch, took some photos and sent them to the Taskmaster. Eddie will be missed.”