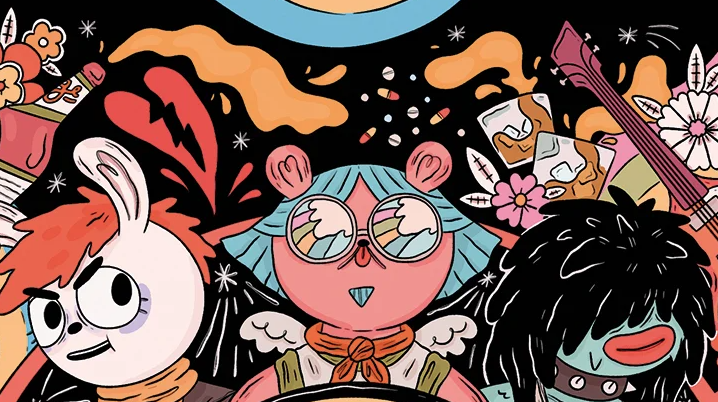 Zebedee and the Valentines by Abs Bailey is the illustrator’s debut novel and follows an “incredibly unlucky punk band with a very insecure singer”.

Abs, who is 23 and lives in St George, tells the tale of lead singer Zebedee as a battle of the bands approaches, and is an equal mix of outlandishly cartoonish and broodingly dark.

“I’d describe it as a bit of a cheekier version of the classic cartoon styles I loved as a kid,” says Abs, who works as a teacher. “I’m very inspired by stuff like Tom and Jerry and The Beano and try to make stuff that has a similar mischievous energy, just with completely different themes.”

The graphic novel was initially planned as a 40-page digital comic but was picked up by publishers Avery Hill as Abs continued to develop and expand the story.

The novel, which pop culture blog The Newest Rant described as “phenomenal” and “a pure pleasure to read from start to finish” is set in a small suburban town in the south of England featuring fantastical characters, a backdrop of a colourful world and even an appearance from the devil. 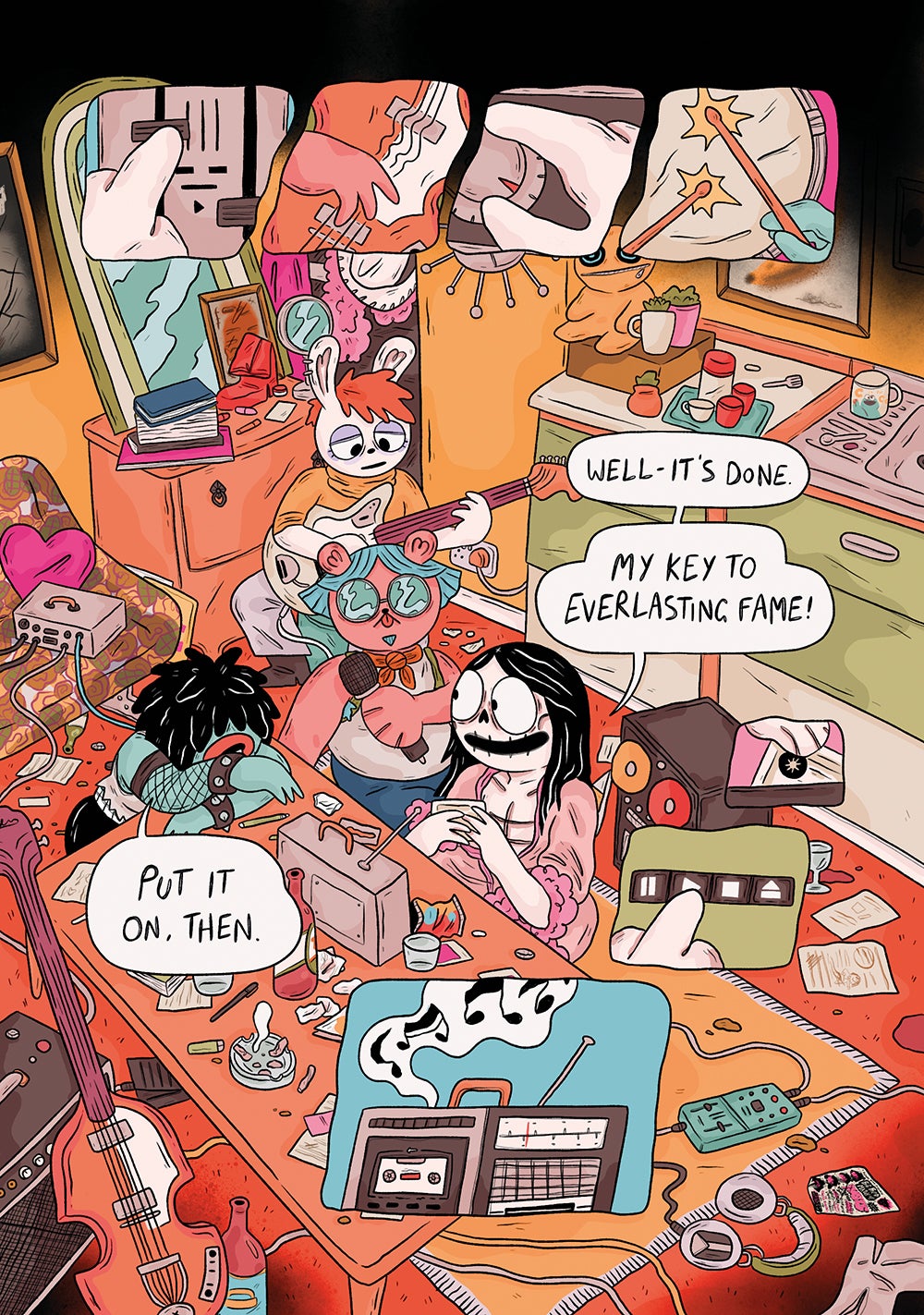 Set in 1982, Zebedee and the Valentines is not only a masterclass in portraying music through illustration but is also a retro dreamscape of the early 80s and its punk sounds.

At the heart of the novel though, is themes of friendship, loss and redemption, with Abs saying: “I hope if anyone takes something from it it’s that sometimes we should be nicer to our friends and ourselves, too.”

This east Bristol artist is one to look out for. Abs was named as one of Broken Frontier’s six to watch in 2019 and is truly living up to the accolade.