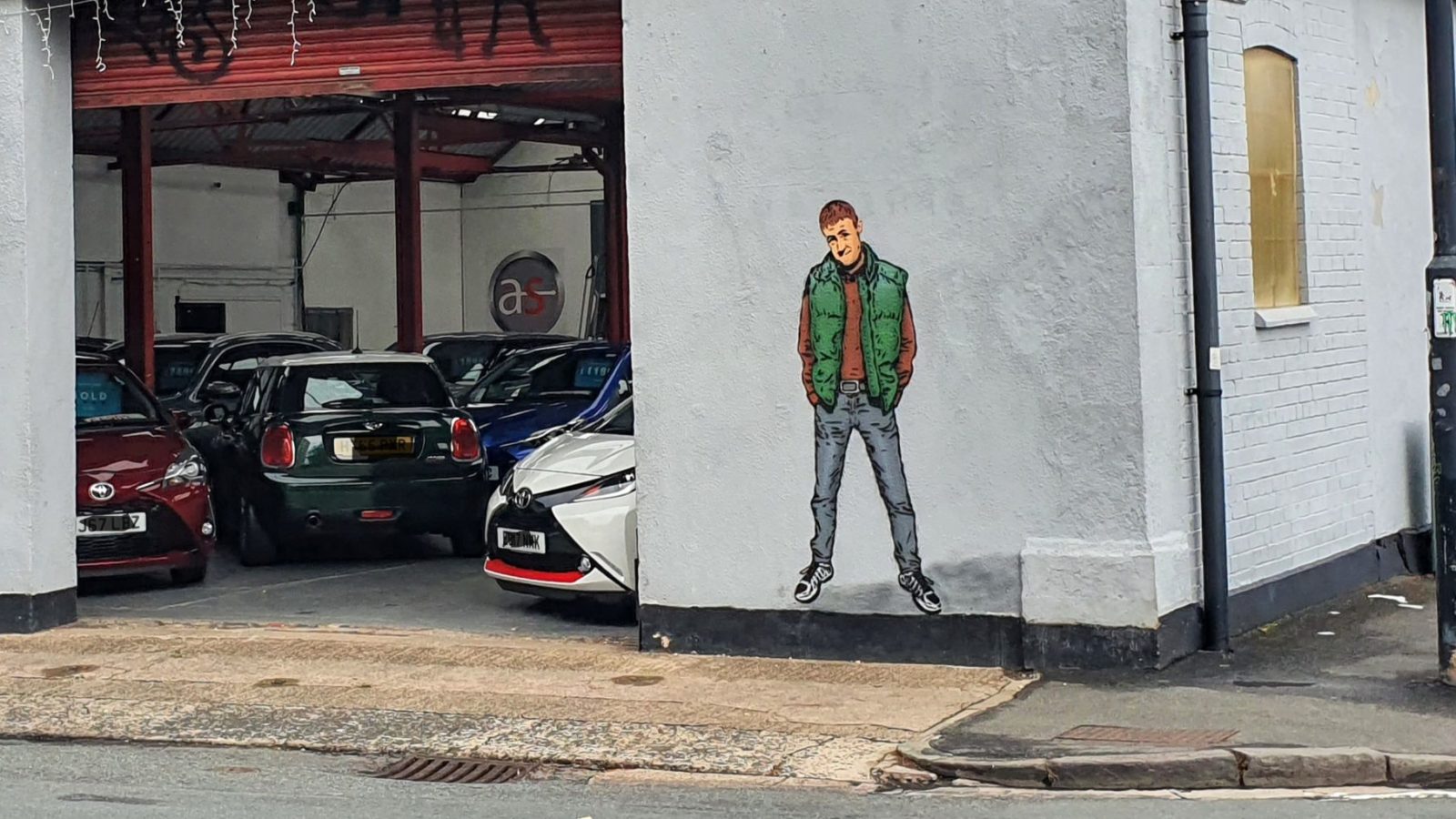 The Trotters are making their presence known in their old stomping ground of Ashton Gate.

It was in July when Del Boy first made an appearance peddling face masks on Durnford Street from his trademark suitcase on a collapsible stand.

Now Rodney has joined him as lookout right opposite the block of flats that was used as the Trotter residence Nelson Mandela House in the much-loved BBC show Only Fools and Horses from the sixth series onwards.

“He’s good isn’t?” Comments an amicable man working in the garage on which the latest street art has been created by DIFF. It’s Monday morning and the artwork is already getting attention from passersby.

Only Fools and Horses may have been set in Peckham, but much of the filming took place in Bristol. Whitemead House behind Ashton Gate Stadium was used as the backdrop for Nelson Mandela House and the cafe now known as Lockside on Brunel Lock Road was once the site of the famous Sid’s Café.

Posting a picture of his latest work on Instagram, the artist said: “Today’s mission was to paint good old Rodney Trotter, after a few good weeks for del boy selling his dodgy face masks, with a few scraps from the boys and girls in blue, he decided that Rodney needed to be look out.”

Rodders, as he was called by his big brother Del Boy, was played by Nicholas Lyndhurst in the series. 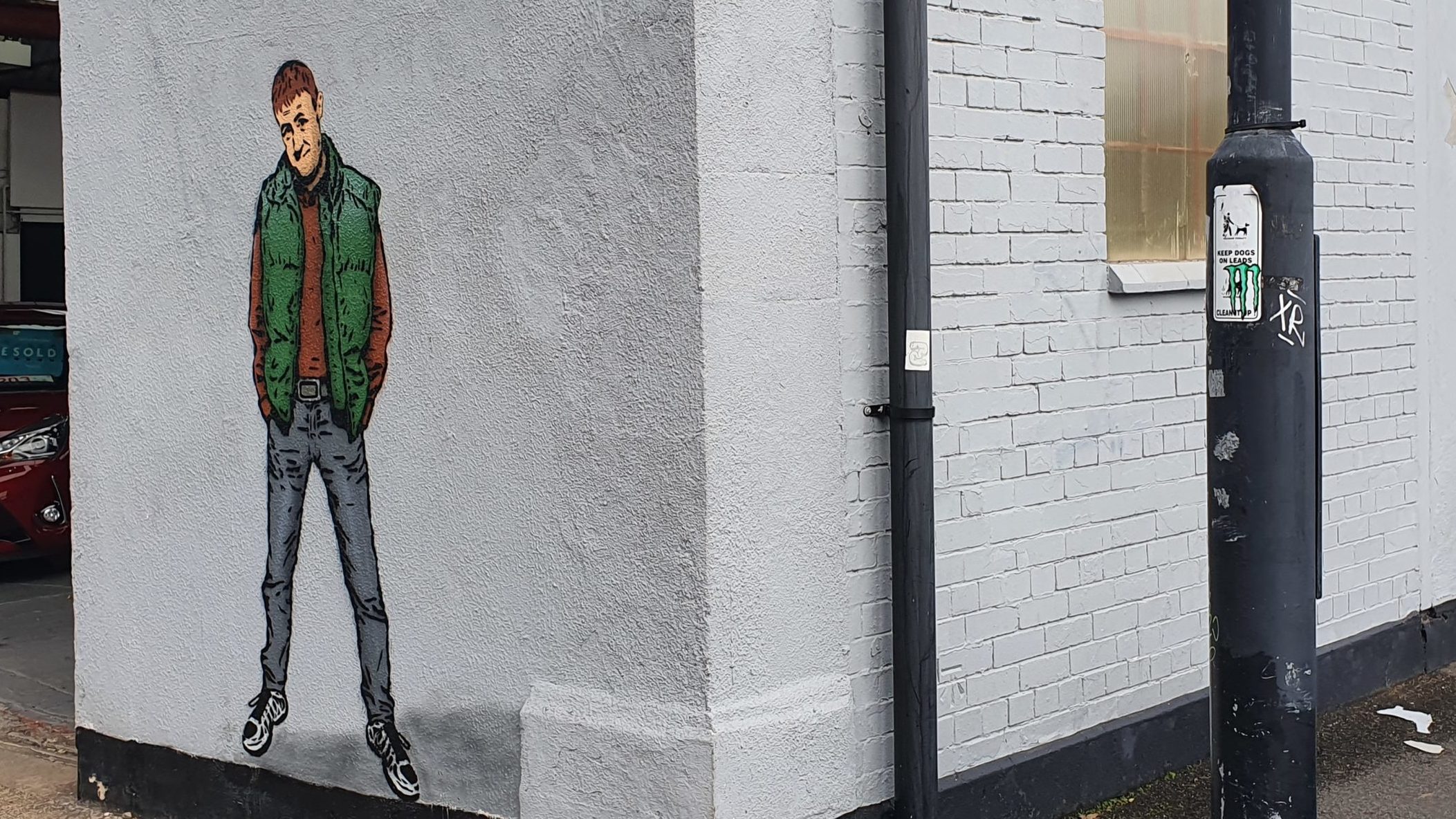 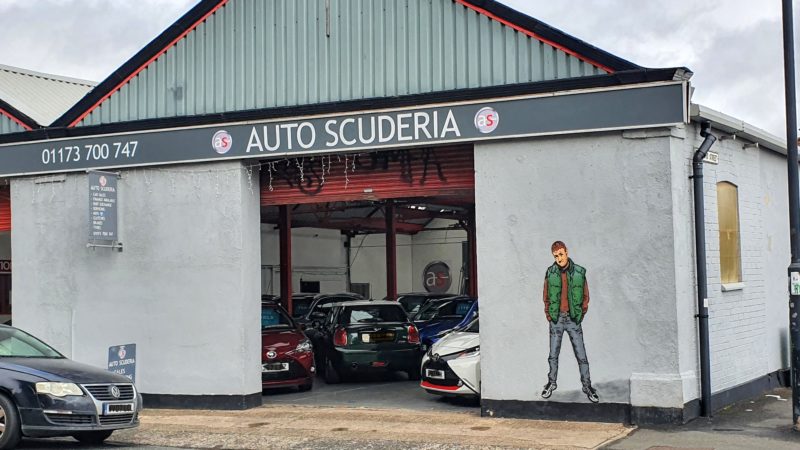 The mural is already attracting plenty of attention