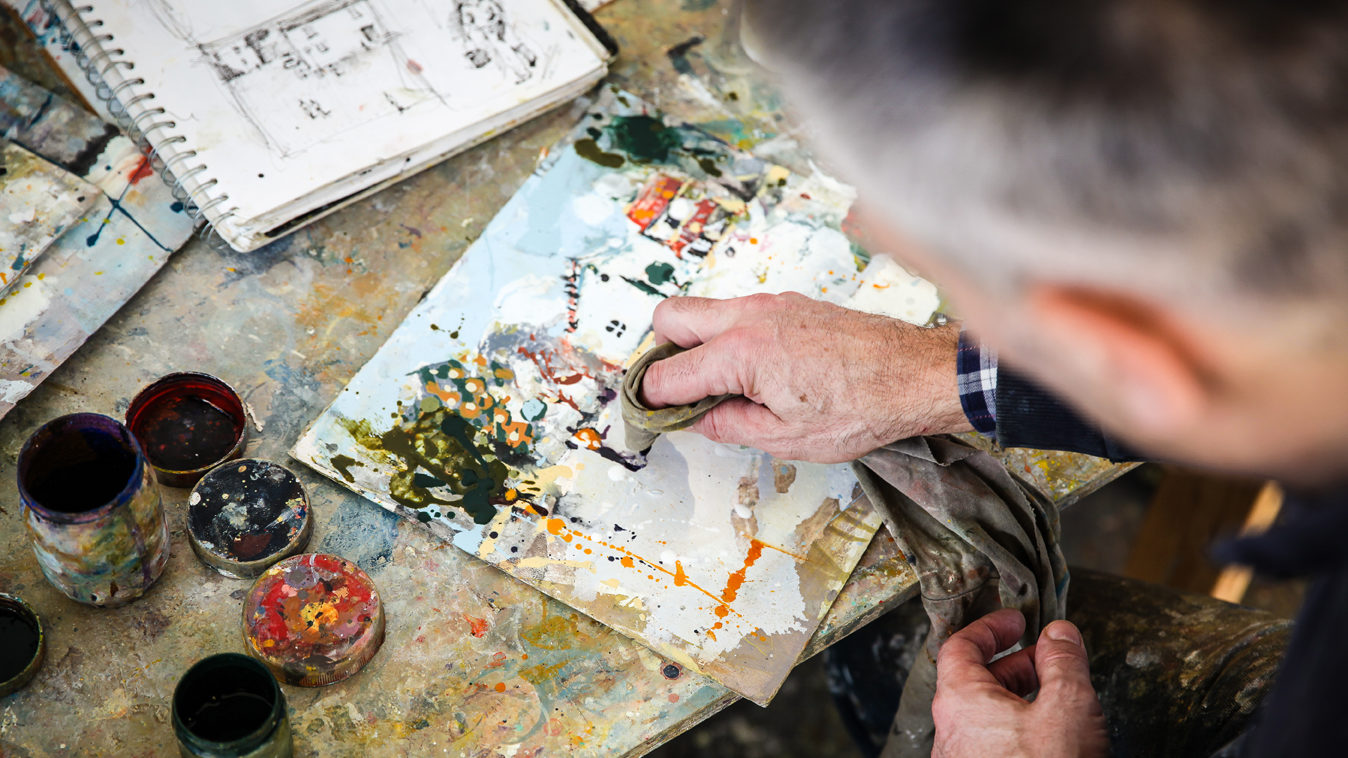 “I think everyone – not only in the art community specifically, but also lovers of art generally – has really opened up to each other and there seems to be a fresh demand for buying art. Not just to help support artists, but for the simple pleasure of something that moves you. That seems more important than ever in these times.”

This is Charlie Brandon-King – artist based at Bristol’s long-running artists’ studios complex, Jamaica Street Studios – explaining why it feels so good that, whatever else is going on at the minute, the Studios’ annual Auction is going ahead – not in its usual June slot, but throughout November; and, for these very different times, online-only.

“My interaction with customers has always been primarily online, so this largely remained the same during COVID,” Charlie continues, “but being away from the physical studio space, and missing out on interactions with the other artists here, was hard.” 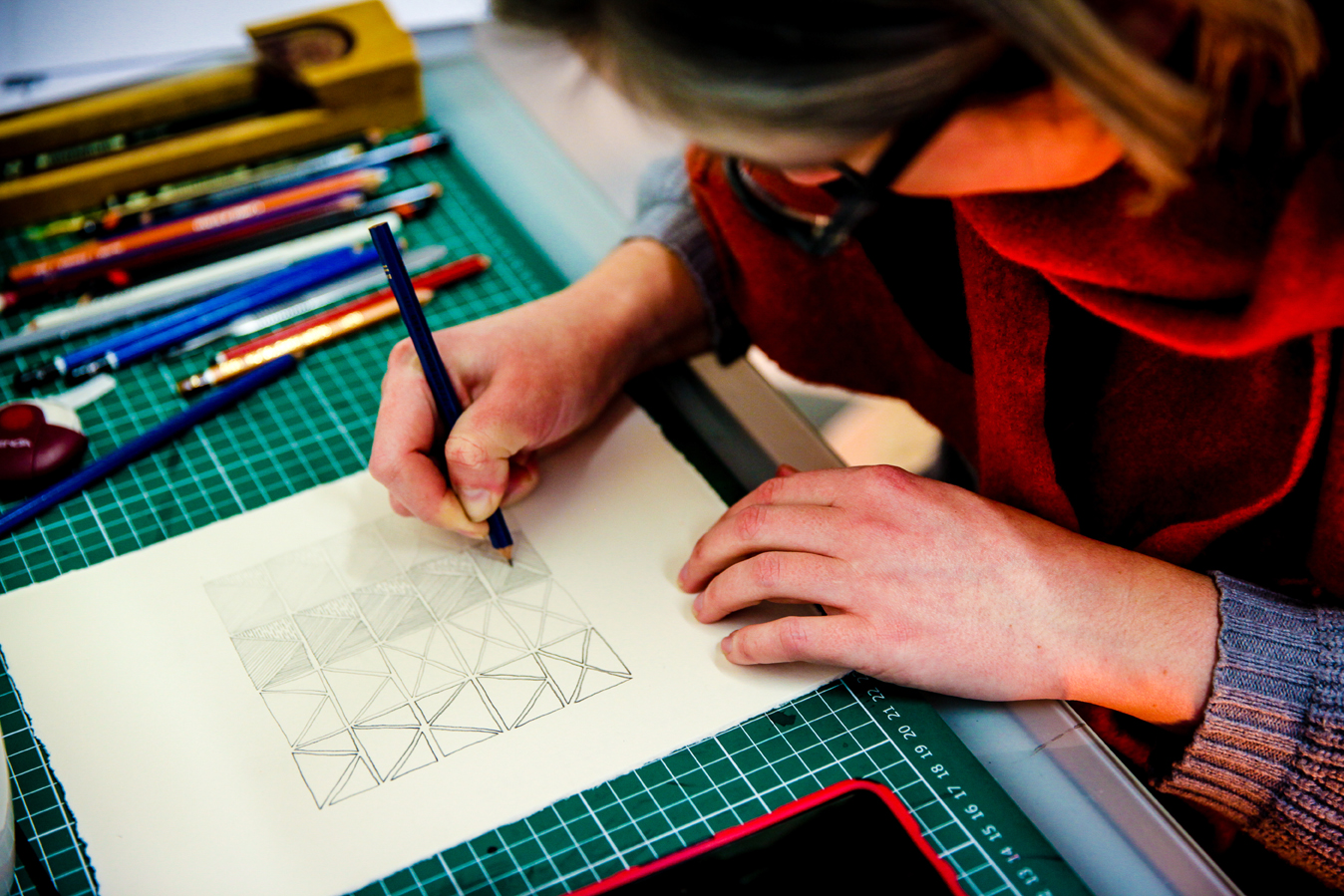 The artists at Jamaica Street Studios are busy themselves preparing for their Winter Auction. All pics: Alice Hendy

All hail, then, the return of JSS’ annual Auction. This year’s Auction will run for six weeks from October 30, hosted on the silent auctions website 32auctions.com. The JSS residents will be auctioning over 30 original artistic offerings to raise funds that will offset the loss of this year’s Open Studios / Auction event, normally held in June and always a great chance for the artists to meet the public, sell works and attract new audiences. Artworks are valued up to £2000, with bids starting at £50.

This 2020 Auction takes place in something of a red-letter year for the Studios: their 25th anniversary. Garth and Jan O’Donnell are members of Jamaica Street Partners, the company that owns the building. 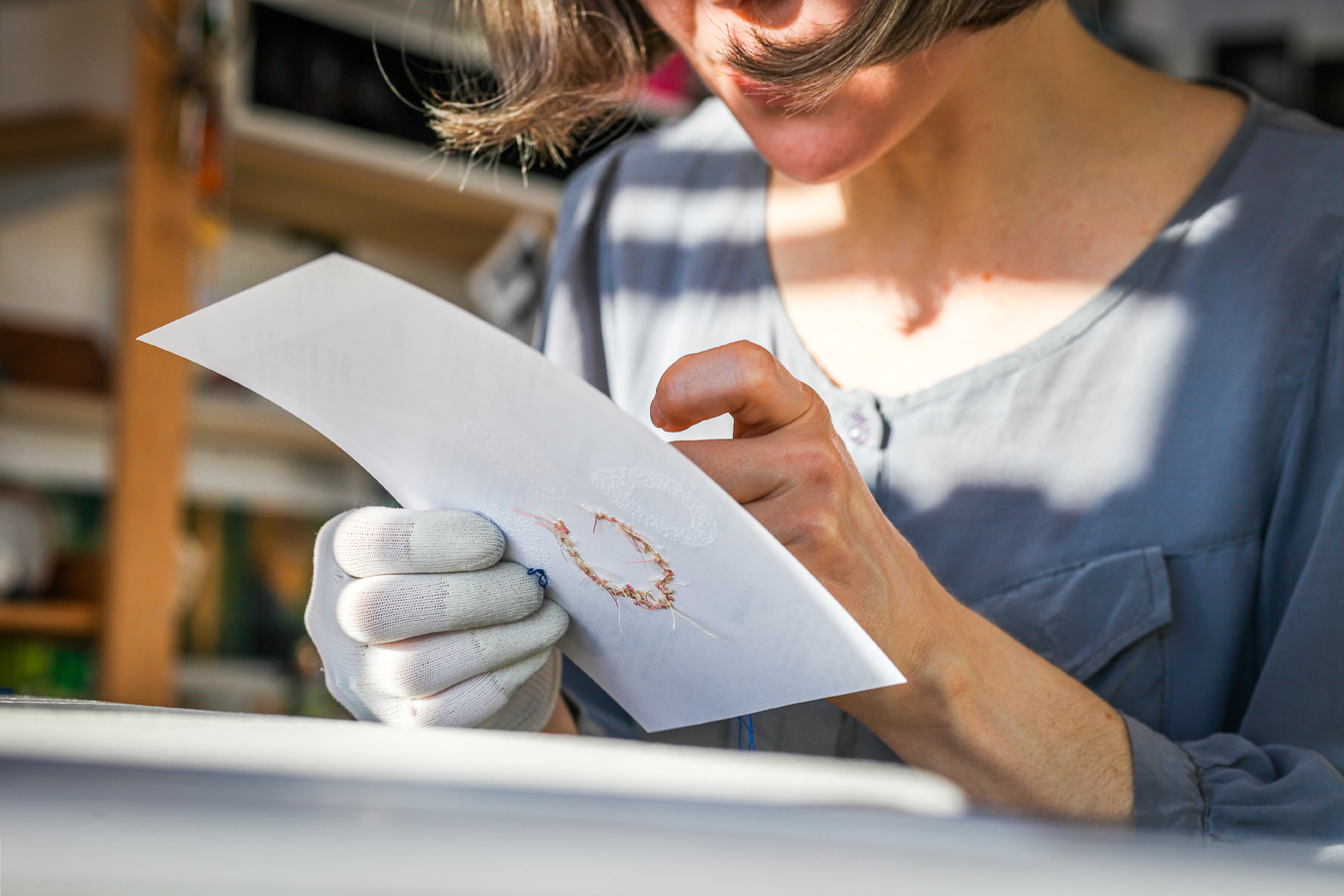 The Studios’ annual Auction is going ahead – not in its usual June slot, but throughout November; and, for these very different times, online-only

“I originally became aware of the property in around 1993-4 through my friend, the artist Patrick Joyce, who had negotiated a temporary lease on the top two floors of the building,” Garth explains. “The ground floor tenants were a central heating company; the second floor was the offices of Venue magazine.

“The property was in a very poor state of repair and the previous owners had gone bankrupt in the 1991 financial crash. Barclays had repossessed the building and put it on the market, along with the old fish and chip shop at number 35 and the adjacent ‘brownfield’ site (previously a row of terraced houses, bombed out in the Second World War).

“I was interested in purchasing these buildings along with my friend, the architect Martin Ryan. Our initial plan was to keep the top two floors as artists’ studios, the second floor was to become a ‘black studies’ archive / library / study facility. The ground floor would become some form of museum or gallery documenting Bristol’s involvement in the transatlantic slave trade.” 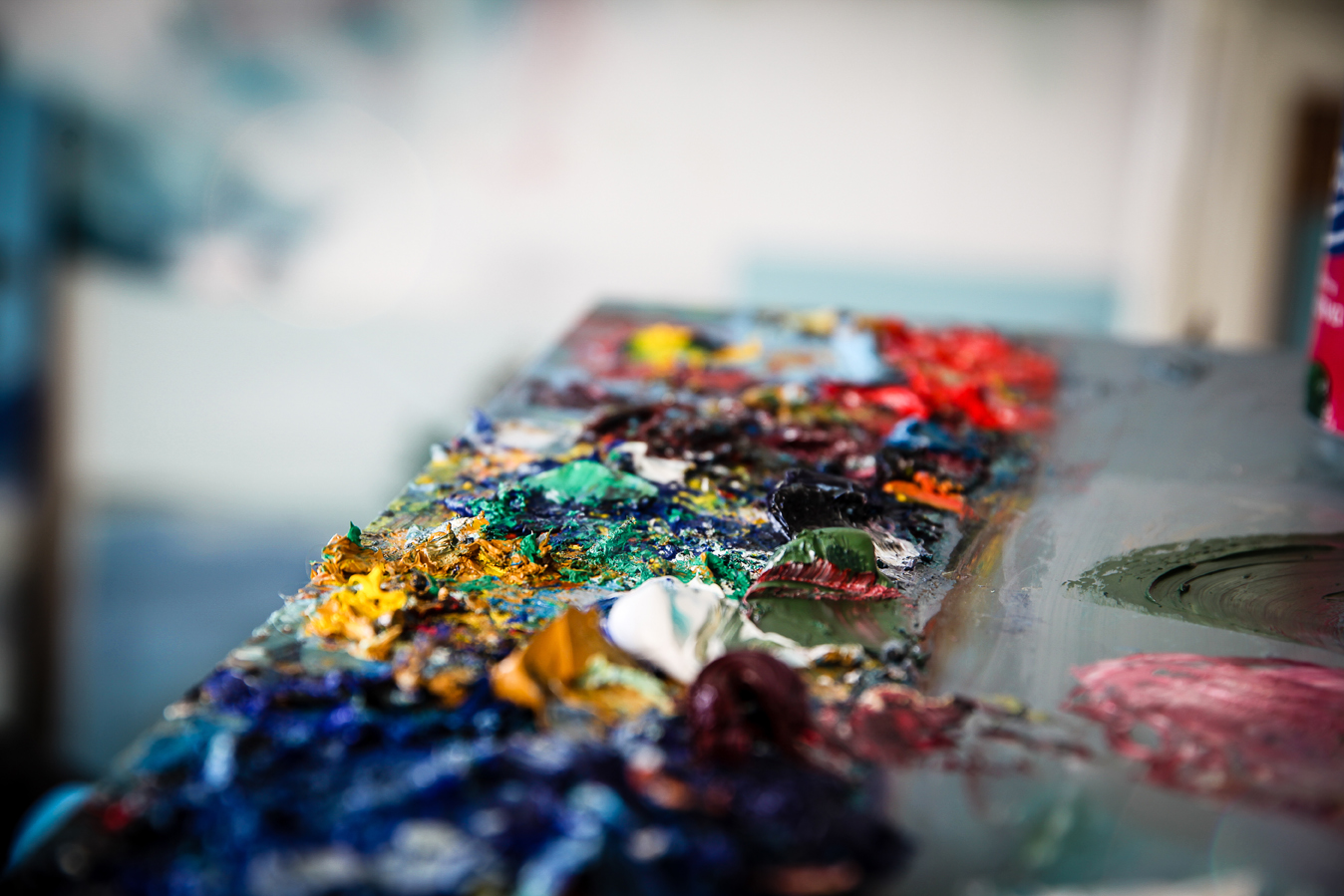 This year’s Auction will run for six weeks from October 30, hosted on 32auctions.com. The JSS residents will auction over 30 pieces, raising funds to offset the loss of this year’s Open Studios / Auction event, normally held in June

In fact, with the help of funding from Chris and Danielle Chalkley-Provost, Garth and Jan purchased 37-39 on a 50/50 basis. They were then able, with grant funding from Bristol City Council, English Heritage and The National Lottery, to make substantive repairs and renovations to the property, bringing it back from the brink of dereliction.

Jamaica Street Studios have witnessed many incarnations and studio collectives over their first quarter century, including the Bristol Institute of Contemporary Arts (BICA), Fat Stoogie (originally started by one of the ‘founding’ artists Patrick Joyce RIP), Corner Shop, MINTO Studios and others.

The current generation of artists have high hopes for this year’s Auction. “After being forced to cancel our Open Studios, I hope that the Winter Auction can raise much needed finances in order to maintain the building and subsidise studio rents,” reflects resident Emma Fallon.

And how has this year affected the studios community as a whole – in terms not just of finances, but of morale and community spirit? “There has been a noticeable shift in motivation during COVID,” reflects resident Adrian Sykes. “Dealing with a life-threatening pandemic has thrown a stark light on what it means to be an artist.

“At first, at the height of lockdown, making art felt a very indulgent and pointless thing to be putting one’s energy into. Then it became a useful distraction to all the negative media messages and constant bombardment of fear – something to put a hopeful and creative message out into the world.

“As the weaponisation of fear continues, it now feels important to concentrate on creativity, however difficult the pervasive negative atmosphere may be. It is, after all, one of the things that make us human.”

Read more: A glimpse of Bristol at the end of the millennium