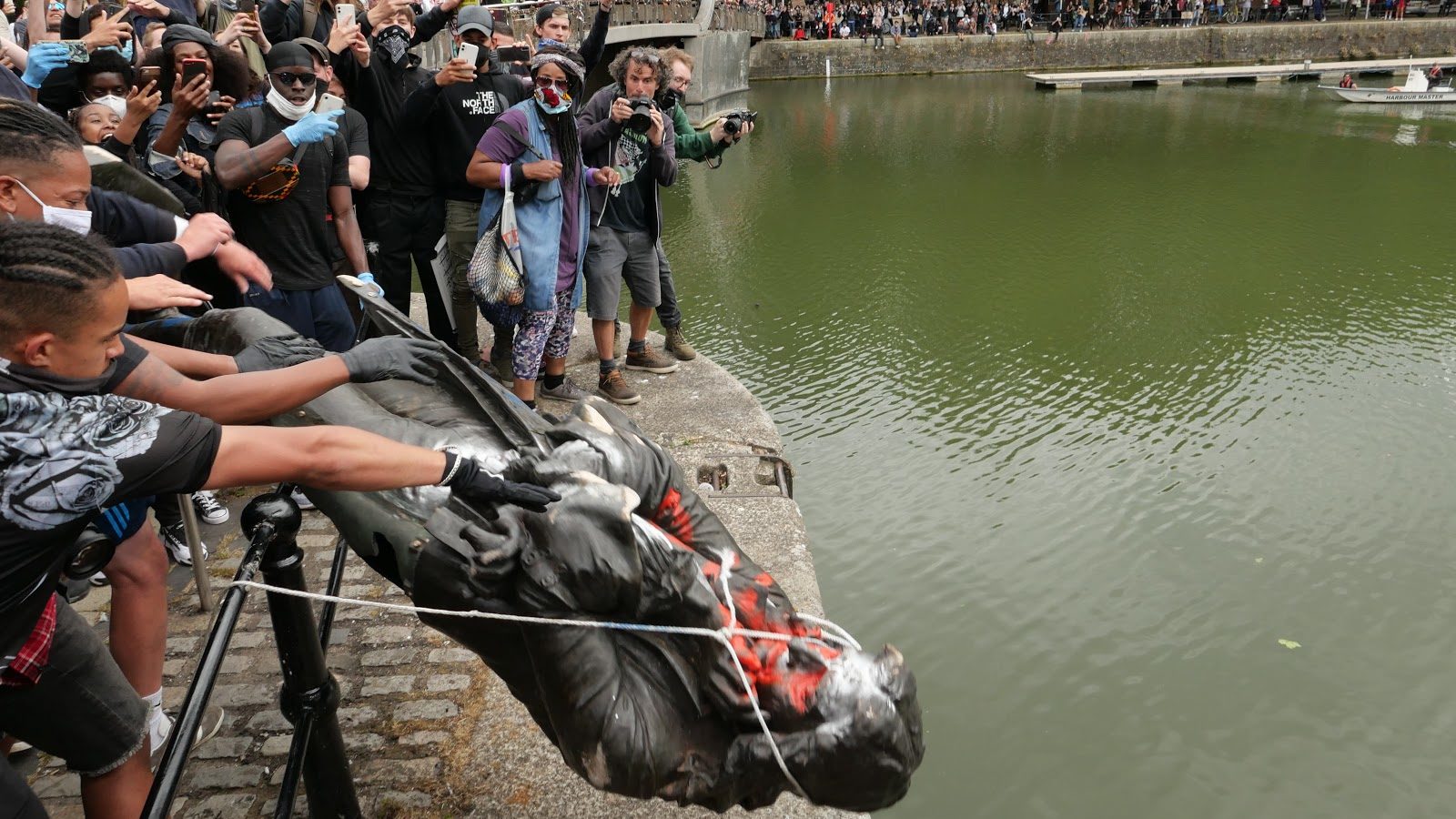 A new photography exhibition will explore the fall of the Colston statue and Bristol’s response to the event.

Held at the Bristol Spirit from July 4 to August 8, Colin Moody’s photo essay #BLACKLIVESMATTER – The Fall of Colston will be officially launched through an Instagram Live hosted by Moody on July 3.

The exhibition is an extension of the photographer’s mission to capture the views of people across the city following the statue’s removal, which Moody has been doing by taking five large prints to locations across Bristol, including Room 212 and the statue’s plinth, and letting people write on the photographs.

People visiting the exhibition will also be able to write their thoughts on the prints with their own pens while following to social distancing rules. Antibacterial gel will also be available. 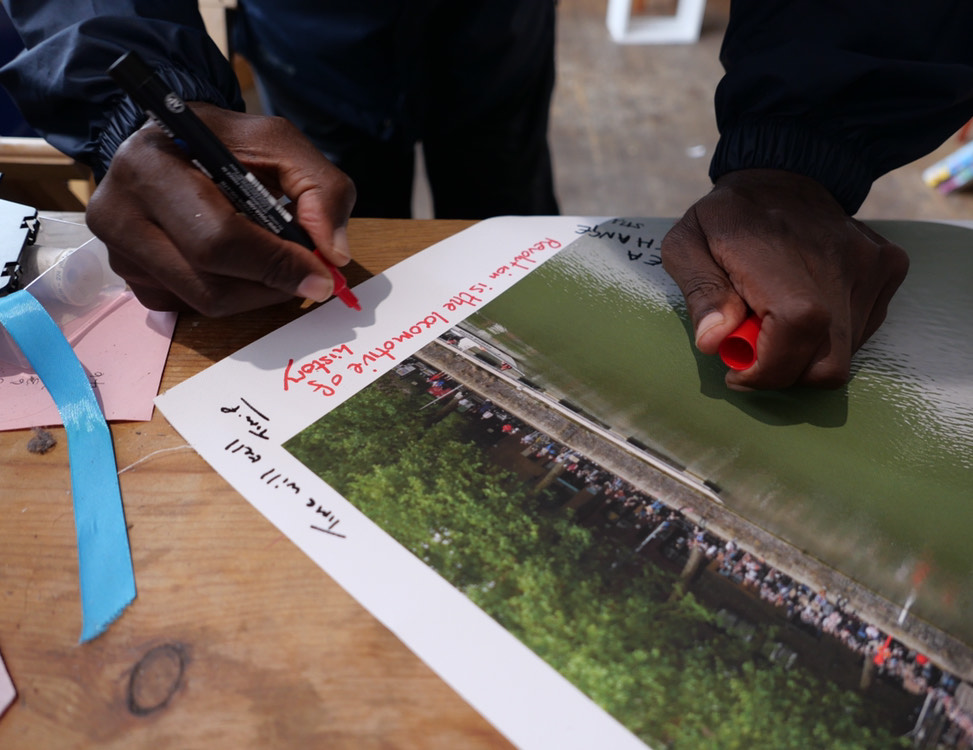 People are asked to write their thoughts on the five large canvas prints. Photo: Colin Moody

“There have been so many reactions to the toppling of the Edward Colston statue and online,” says Moody. “The image I call The Wave taken of the moment a wave of people sent him into the water has had many responses online.

“I wanted those thoughts to be marked down, so I am inviting people from diverse backgrounds, in different parts of the city to have a chance to do so directly onto the image.”

In addition to the physical exhibition, the Instagram Live held at 6pm on Friday, July 3 will allow people to virtually experience the display.

Moody and Bristol Spirit owner Sam Espensen will be inviting people watching to have their say on the fall of Colston and explaining what it meant to them. 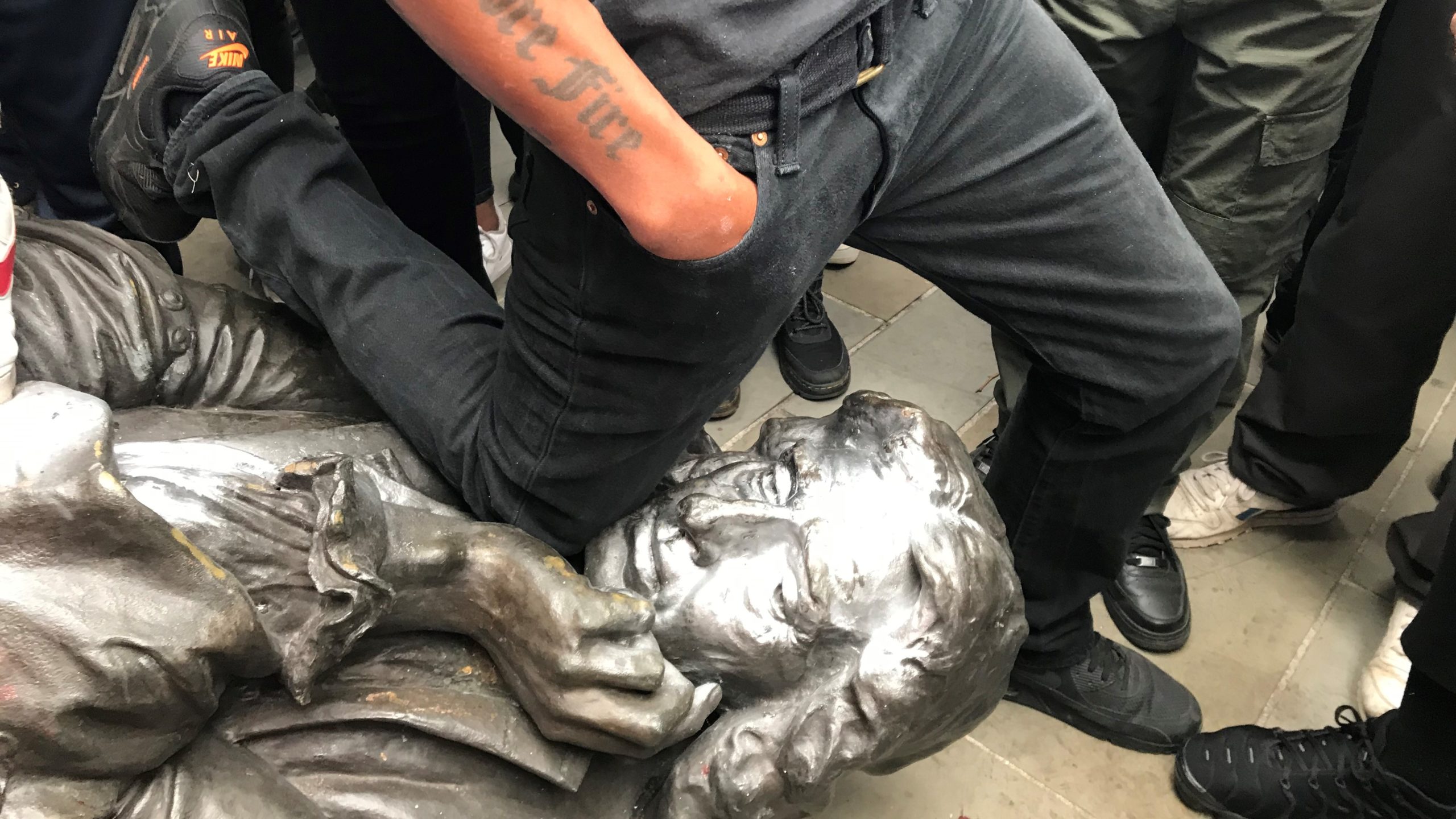 During the Instagram Live and the physical exhibition, the public will be able to give their views on the statue’s fall. Photo: Martin Booth

All comments made during the event will be screen grabbed and digitally added to the images.

“The reason we called ourselves Bristol Spirit is partly because of the fiercely independent nature of the city,” says Espensen. “It is built by changemakers, people with buccaneer spirit and artists who fight for and reflect on social change.”

Prints will be available to buy, with all profits going to SARI, and Bristol Spirit’s bar will also be open from Wednesdays too Saturdays, from midday to 4pm.

Read more: Capturing responses to the fall of Colston’s statue