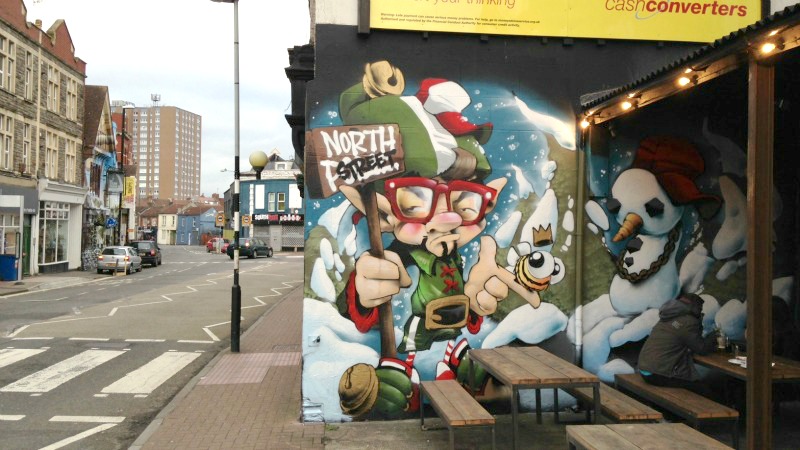 Cheo, one of Bristol’s best-known street artists, has added another festive mural to his repertoire with a new piece on the wall of North St Standard in Bedminster.

The artwork depicts an elf with attitude holding up a sign that once pointed to the North Pole but now says ‘North Street.’ There is also an appearance from Cheo’s signature bumblebee ‘Kleemu’, sitting atop one of the elf’s fingers.

Cheo’s latest piece of street art complements a previous Christmas mural, which appeared on the side of Bristol Beer Factory this time last year: 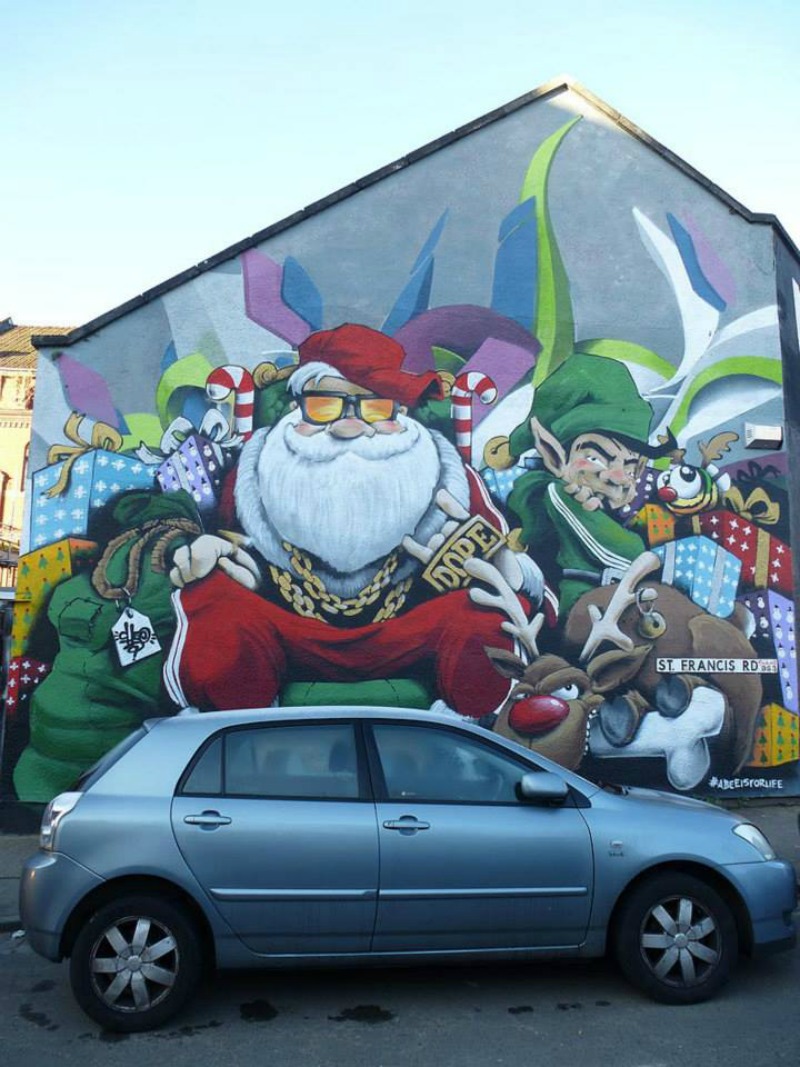