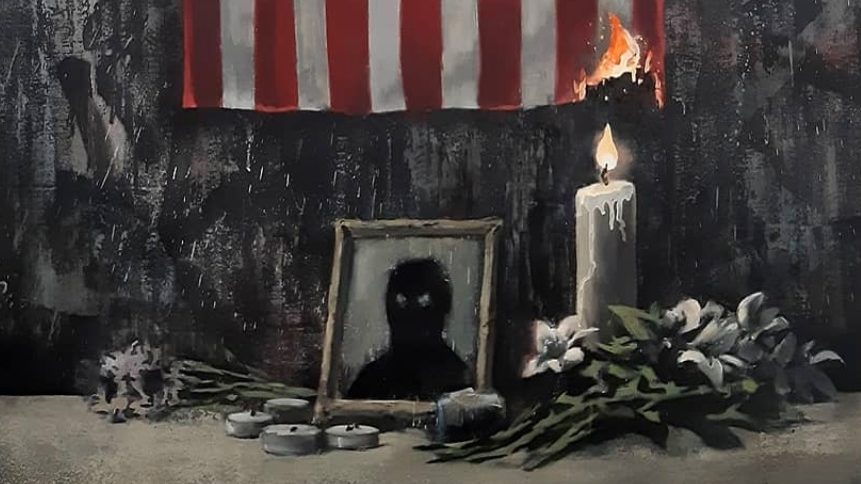 Banksy has spoken in support of the Black Lives Matter movement in a statement to accompany his latest work.

Posted on Instagram, the painting appears to show a shrine to an anonymous individual, with a lit candle beginning to set fire to the US flag.

“At first I thought I should just shut up and listen to black people about this issue,” Banksy wrote.

“But why would I do that? It’s not their problem. It’s mine.

“People of colour are being failed by the system. The white system. Like a broken pipe flooding the apartment of the people living downstairs. This faulty system is making their life a misery, but it’s not their job to fix it. They can’t – no-one will let them in the apartment upstairs.

“This is a white problem. And if white people don’t fix it, someone will have to come upstairs and kick the door in.” 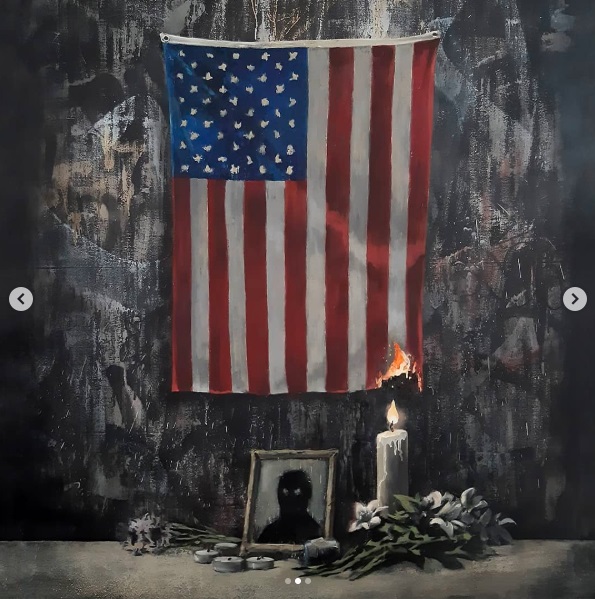 This latest piece comes four weeks after a painting of his celebrating the work of the NHS was put on display in Southampton General Hospital.

During lockdown, Banksy produced a working from home-themed piece with his trademark rats overrunning a bathroom.

His most recent outdoors work appeared in Barton Hill in February just before Valentine’s Day, but was defaced almost as soon as it appeared.