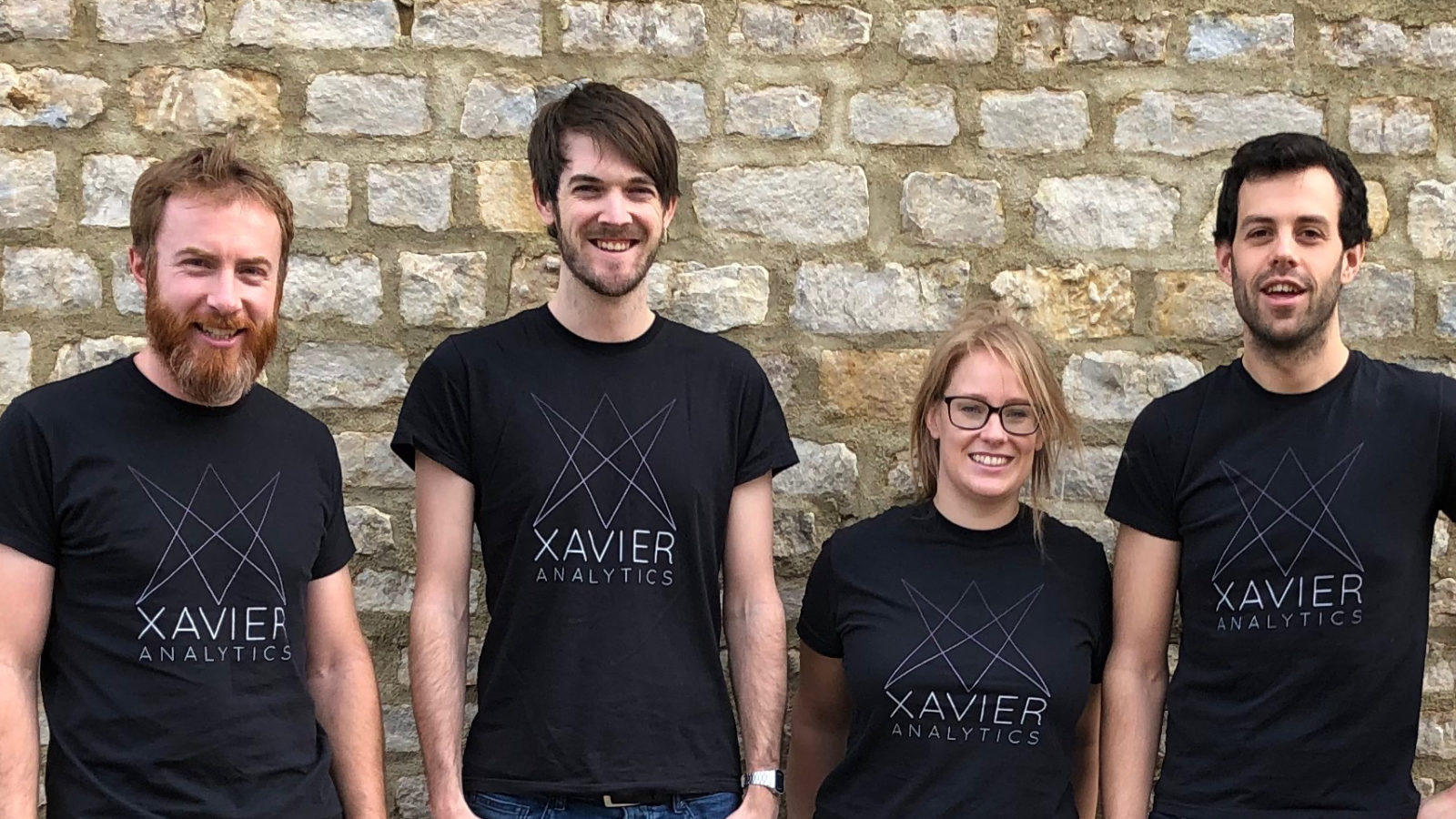 The grand buildings on Corn Street that once represented the heart of Bristol’s banking sector now mostly play host to restaurants and bars.

While the face of finance has gradually changed over the years, one of the city’s oldest industries continues to thrive with the fast rise of FinTech – financial technology – gaining momentum and opening vast new possibilities.

Led by a consumer base increasingly reliant on apps and online banking platforms, the sector represents a shift away from the dominance of mainstream banking names, as innovative solutions and startup tech firms move to the fore.

In June this year, SETSquared Bristol expanded its FinTech cluster, reporting a period of rapid growth in the sector. In 2017 alone, more than £800m was invested in London-based FinTech start-ups – doubling 2016’s figures – and industry insiders expect this to increase in 2019, with Bristol poised to benefit from investment.

The city is already a hub for innovative tech and the West of England Combined Authority (WECA) identified financial, business and legal tech services a key sector for the region in its latest local industrial strategy. 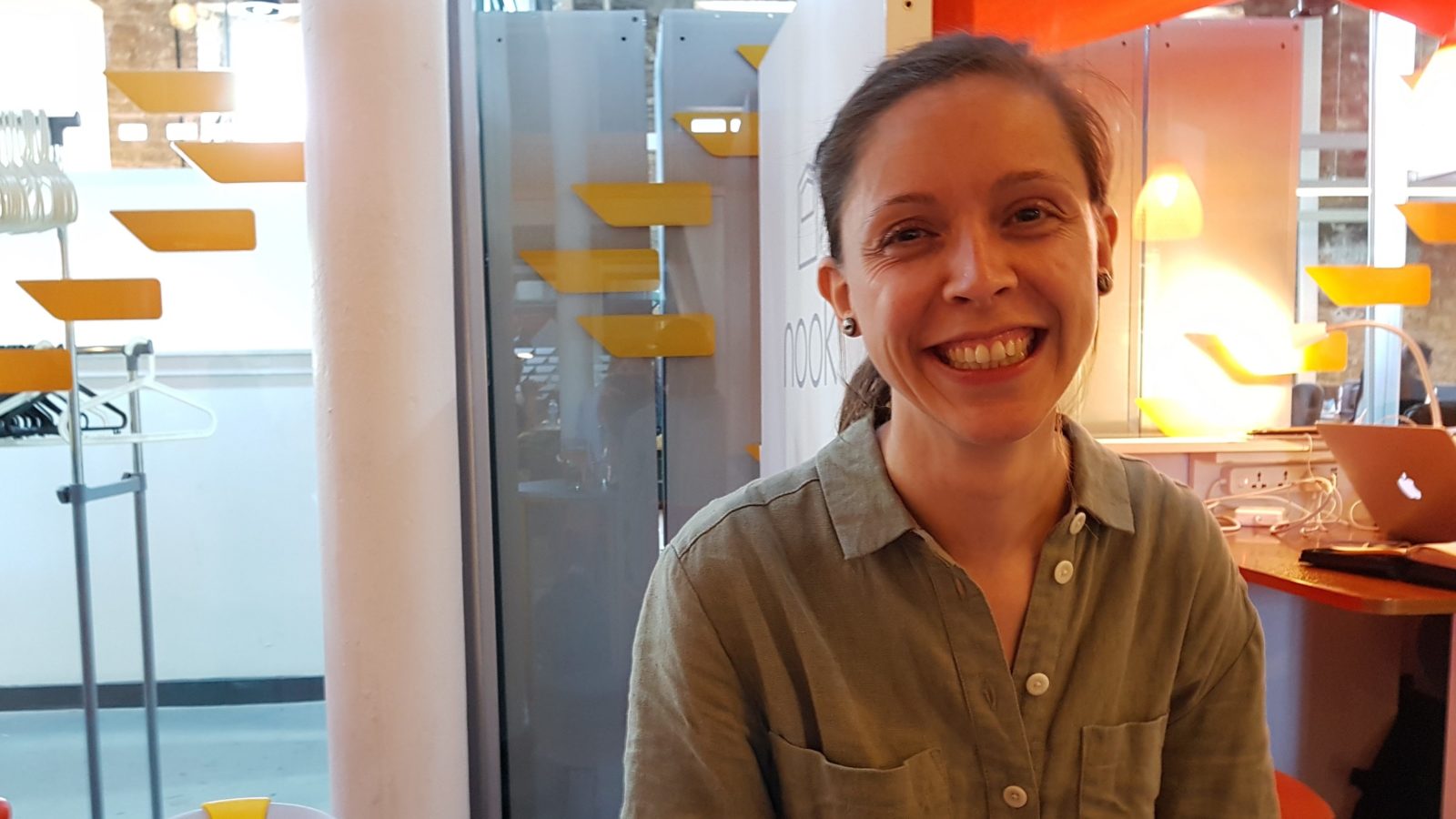 Commenting on the fast-growing sector, Engine Shed associate director Briony Phillips says: “The region’s heritage in FinTech is pretty significant – with Hargreaves Lansdown founded in 1981 and, our own currency, the Bristol Pound, launched in 2012.

“With such a strong community of professional services in Bristol and Bath, it’s no surprise that FinTech is a fast-growing sector.

“Last year we saw NatWest’s FinTech Hub in Bristol launch – the second they have set up in the UK. Since then, appetite and activity continue to grow, with established FinTech players like Moneyhub and Redington (who opened a satellite office here in 2018) and homegrown startups like Lumio, Tumelo and Payaca.”

The fast pace of change is not without its challenges and a recent report by the University of Bristol revealed that the rise of a cashless society risks leaving some of the city’s poorest neighbourhoods behind, with people most reliant on cash likely to live in the areas that have witnessed the biggest decline in banks and free ATMs.

Read more: How the rise of a cashless society is leaving some people behind

Avon Mutual is one organisation seeking to address this, with the proposed launch of a new kind of regional community bank that would be owned by members.

The company is applying for a licence to become a bank, with the aim of putting branches back into communities and offer access to banking services that have been diminishing on the high street. Avon Mutual hopes to open its first branch in 2020.

There is also potential for technology to improve ethics in banking and democratise the financial sector. 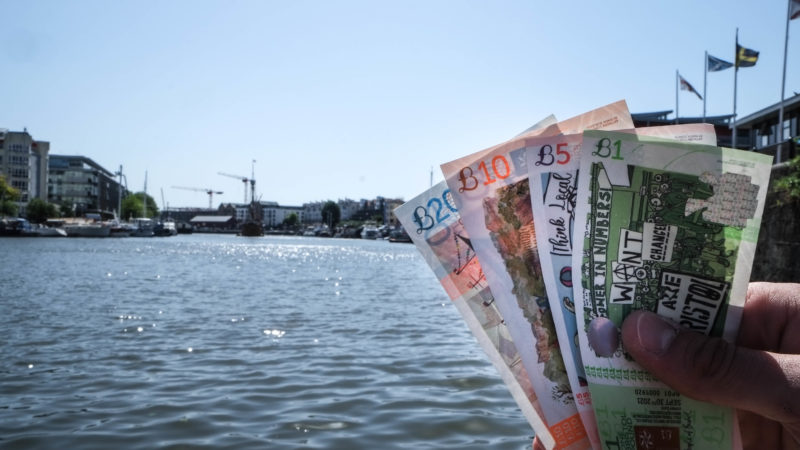 Bristol Pound is the UK’s most successful local currency, used by businesses and individuals to buy goods and services, pay suppliers, energy bills and council taxes in the city. Those behind the ambitious project have a vision of helping to create a greener, stronger and fairer city by keeping money in the circular economy.

The social enterprise moved into Engine Shed earlier this year and is set to launch a crowdfunding campaign in the autumn to help accelerate growth.

Reflecting on the potential of the model and the challenges of keeping up with ever-changing technology, chair of Bristol Pound Ben Heald says: “The big opportunity is for a wide range of partners to come together to create a payment and data platform for the whole of Bristol – or perhaps even the region – that encompasses city services, transport, local payments, data and also, intriguingly, the prospect of offering people points or rewards for certain behaviours. For example, helping to maintain local parks or assisting with care services.”

He continues: “One of our key challenges is keeping pace with technology developments. When Bristol Pound launched, the Text2Pay feature was groundbreaking. Apps have now ‘eaten’ texts, so we’re retiring the Text2Pay feature in favour of a consumer app – launched last year.

“We’re currently working on the next version of Bristol Pound’s digital platform, which will offer businesses till-based reconciliations, dual-factor authentication and, hopefully, contactless payments for users.”

Bristol is renowned as a place that likes to shake things up and startup FinTech firm Lumio, launched in 2016 with a mission to “strip back finance and democratise smart money for a generation”, is a prime example of that. 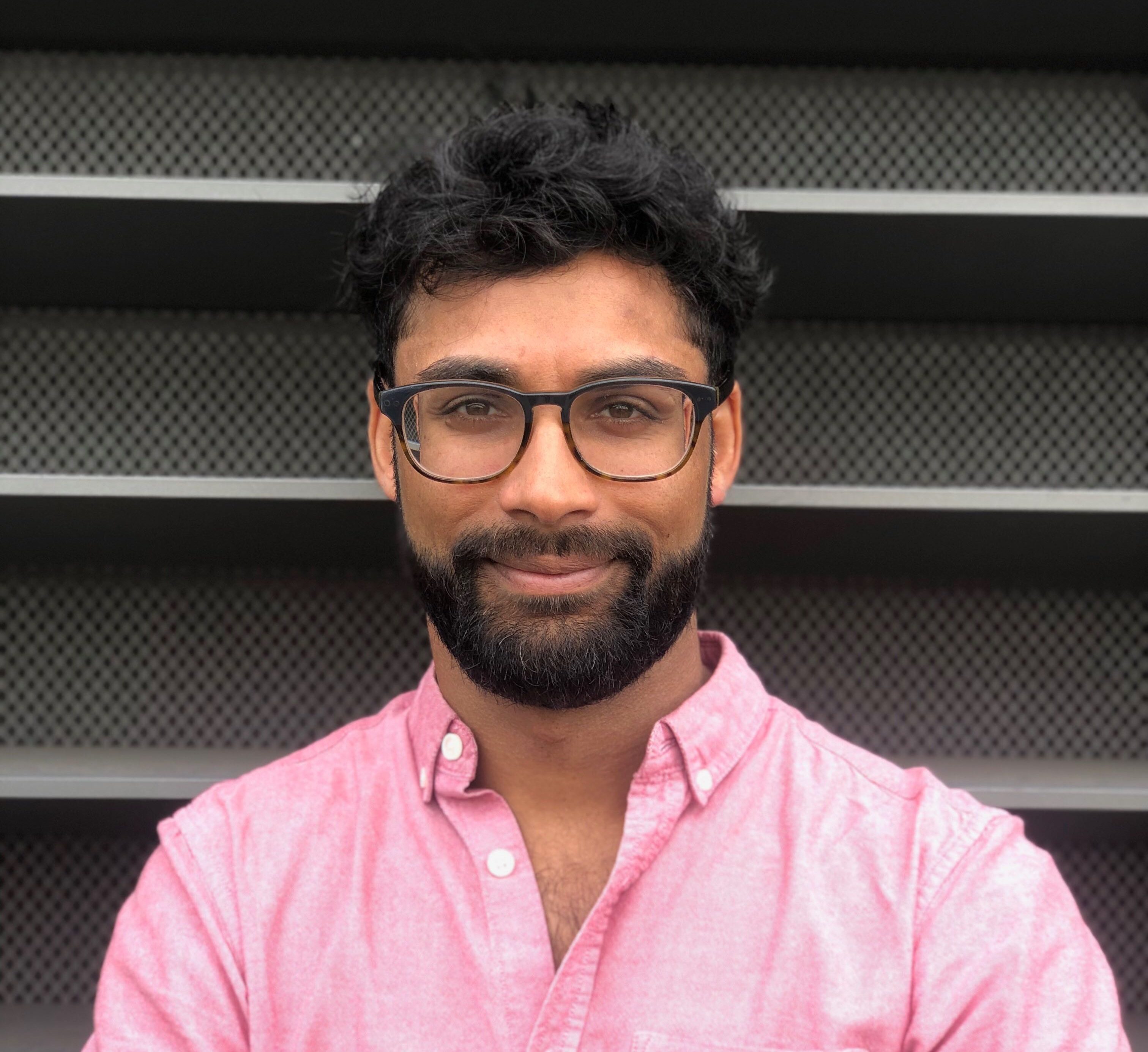 Adrian Shedden, co-founder of Lumio, says access to talent and investment remain challenges for the sector

Co-founder Adrian Shedden, former head of FinTech at Burges Salmon, has noticed a shift in recent years that has seen regulators, policymakers and investors willing to embrace emerging technology.

“Previously, it was mainly professional services (including myself) and large financial incumbents lobbying London to highlight the tech infrastructure Bristol had to support Finance 2.0.

“TechFin was the focus. Now the likes of Moneyhub, Fundsurfer, Seccl, Fintech West and others, including Lumio, are walking the FinTech talk.”

Looking ahead at predictions and challenges facing the industry, Adrian says: “I’d like to think there’ll be a major FinTech success story that showcases Bristol’s tech, creative and finance strengths.

“The two biggest challenges facing the sector are access to talent, due to fierce competition, and access to investment. Bristol FinTech still needs to travel to London to get both of those things, which is why Lumio is based in both cities.

“Briony Phillips is doing a great job through quarterly investor briefings to encourage local investors to engage with local opportunities.”

From humble beginnings in a bedroom in Clifton, Hargreaves Lansdown, which has its HQ on Anchor Road, has grown to become the largest investment and savings platform in the UK, with more than 1.2million clients and £100bn worth of assets. 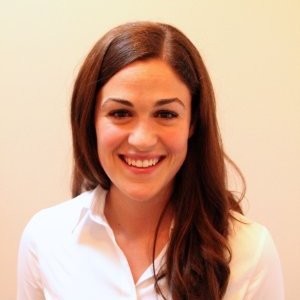 Sally Speake, of Hargreaves Lansdown, welcomes the traction Bristol is gaining as a FinTech hub

Sally Speake, head of digital strategy for the company, examines the emergence of tech in the industry.

“More people now log into their investment accounts through a mobile device than they do through a desktop PC,” she says.

Sally welcomes the traction Bristol is gaining as a FinTech hub, saying: “We’re seeing far more collaboration between business, the public sector and the universities than ever before.

“More meet-ups, tech festivals, incubators mean Bristol will continue to attract more businesses which are tech-heavy, as well as talent from across the country.”

She agrees the skills shortage is a key challenge for businesses, adding: “Diversity in this sector remains a largely unsolved problem and the ability for startups to make the jump to that next level, to scale and be able to monetise remains an ongoing challenge.” 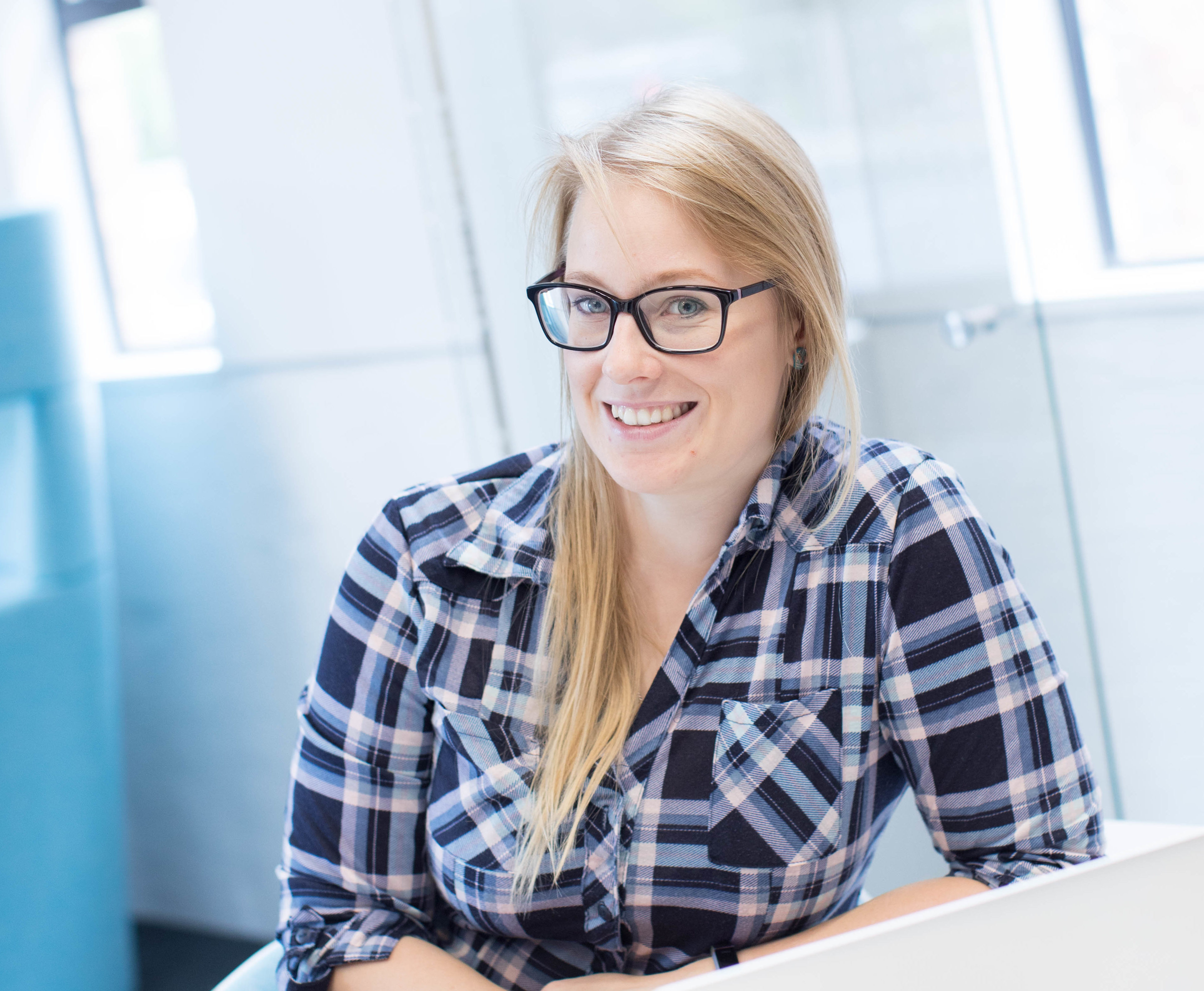 Helen Lloyd, co-founder of Xavier Analytics, predicts open banking will be the next big thing

Those in the know predict the next big step for the sector will be open banking, a secure way to give providers access to financial information.

“Once widely available, it’s really going to change the way we, as businesses and consumers, can access and control our financial data,” predicts Helen Lloyd, co-founder of Xavier Analytics, a startup that provides a toolkit for accountancies to check the ‘health’ of financial data.

Speaking about her newly-launched company, Helen continues: “We are introducing new ways of working and thinking into an industry that has traditionally been slow to adopt new technologies, so the challenge for us has been to get trust and adoption of our product outside the industry rebels and early adopters.”

She adds: “We have been amazed at the support that has been offered to us in Bristol. SETsquared Bristol have been providing the resources we have needed to find our feet, and I also love the free tech and startup-focussed meetups that have become really popular.” 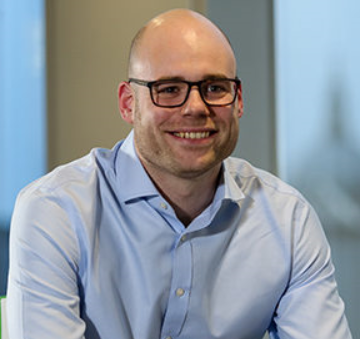 Adam Jones, chief technology officer for Redington, agrees the spirit of collaboration and support is strong in the city.

“We are starting to build a community of like-minded businesses and individuals and my hope is that this will lead to increased collaboration, especially around purpose- led projects and driving positive social change,” he says.

Redington is an investment consultancy and FinTech business with offices in Bristol, London and Beijing.

For Adam, the biggest changes the sector have been the desire from consumers and businesses alike to adopt technology in place of traditional legacy processes.

“We have also seen the use of data to improve decision-making and customer outcomes coming to the fore,” he says.

“Initiatives like open banking are helping to empower consumers and businesses alike and have been a great driver of innovation.”

Main photo: Some of the Xavier Analytics team