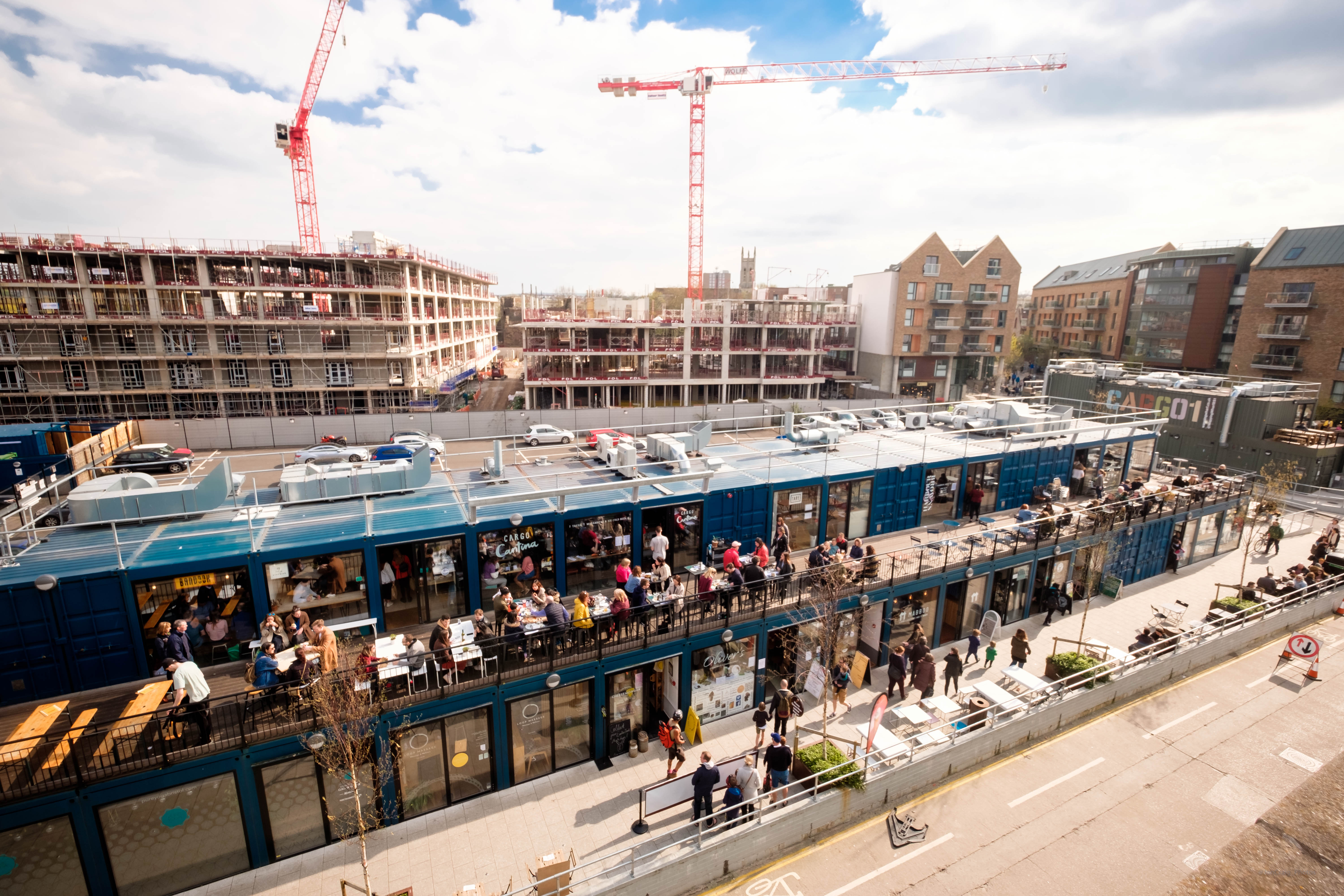 Cranes piercing the skyline behind the bustling Wapping Wharf restaurants and shops mark the next phase of development for the expanding project.

The £43m reconstruction works on the formerly derelict harbourside area started in the spring, after developers Umberslade and Muse secured £23.4m in funding for the delivery of more than 250 new homes on the former prison site.

Balfour Beatty is leading construction on the major project and members of the team gave Bristol24/7 a unique insight into the work involved.

“I used to play in that jail as a kid, there weren’t nothing there then,” says Dave Harvey, 54, a Labourer from Knowle who has seen many changes to the sector – and city – over the years

“I got into construction because that was the work that was out there at the time,” he says, adding that health and safety is one of the key things that’s changed dramatically on building sites since he started out.

For 19-year-old Ryan Knapp, it was a deliberate choice to pursue the opportunities offered by a career in construction.

“I want to go right to the top and work through the company,” says Ryan, from Weston-super-Mare, who advanced from his college diploma to a construction training agency, before landing an apprenticeship role with Balfour Beatty in 2016.

He is training to be a site manager and an average day involves giving out briefings and tasks and shadowing other members of staff.

Speaking about his role, Ryan adds: “I love it, it’s rewarding seeing your work progress and at the end being able to say, ‘I was a part of that’.” 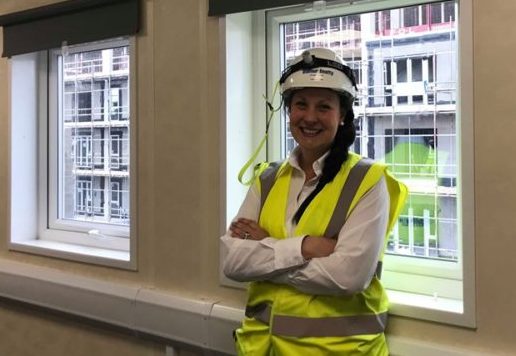 Esther Potter says the construction industry has evolved a lot

Finishing site manager Esther Potter, 31, is the person who ensures the final finish on the homes is to the highest possible standard.

“We basically deliver it from start to finish once the building structure is up and engage with the client throughout.”

Esther has been in the construction industry for about five years and prior to that worked on big hotel projects. She says the sector is plagued with a lot of misconceptions, especially around opportunities for women.

“It’s evolved a lot as an industry and is trying to move with the times in bringing more women in, and also young people,” she says.

“It’s not just trades either, but management level opportunities.”

She believes it is up to big firms to do more to bring young people and women into the sector and raise awareness of the career opportunities and flexibility it can offer.

“It would be great to see more women in the construction industry and to realise you don’t have to be on the tools to do it,” Esther tells Bristol24/7, adding that while it is a male-dominated industry, females on site are respected.

“I like being able to stand back and look at a finished article that’s done to a really high standard and know our job is done.”

Work on the development – that will include the restoration of the early 19th century prison gatehouse – is expected to be finished by 2020. 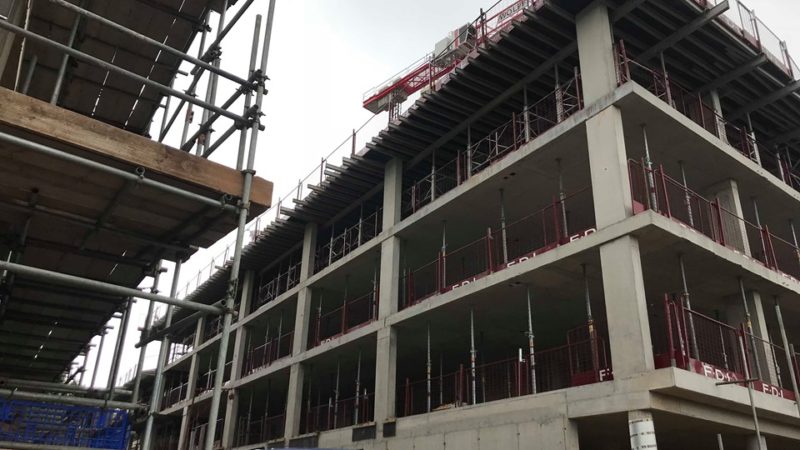 Work is well underway on the latest phase of development

Formwork carpenter Kelvin Vinnicombe (main photo), 54, has been responsible for getting in the initial framework on the buildings.

“It can be high pressure at times, he says. “Like if you have to get a job done because concrete is coming – they won’t cancel the concrete. People will always jump in and give you a hand.”

The Barton Hill resident has worked on building sites for years and says he’s seen many changes – including much tighter health and safety rules – but the hard work and sociable aspects remain.

Most of the Wapping Wharf apartments will be offered for sale on the open market, with 93 being sold to Sovereign, 49 of which will be shared ownership housing and the remainder for private rent.

After completion of these first 256 new homes, a further 81 affordable homes will be constructed separately as part of phase two, with work expected to be completed by 2020. 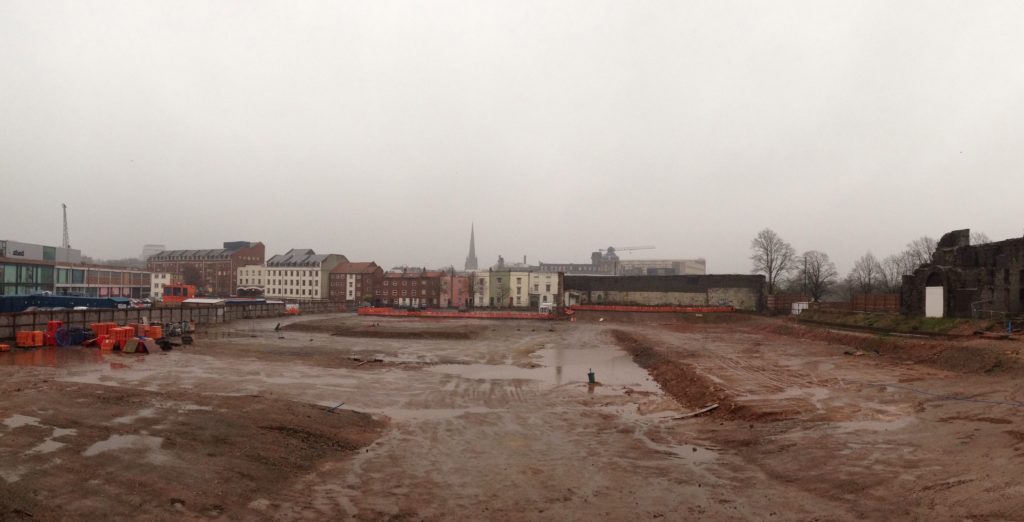 The next phase of homes at Wapping Wharf, Bristol’s new harbourside neighbourhood, is coming soon. Visit www.wappingwharfliving.co.uk for more details.