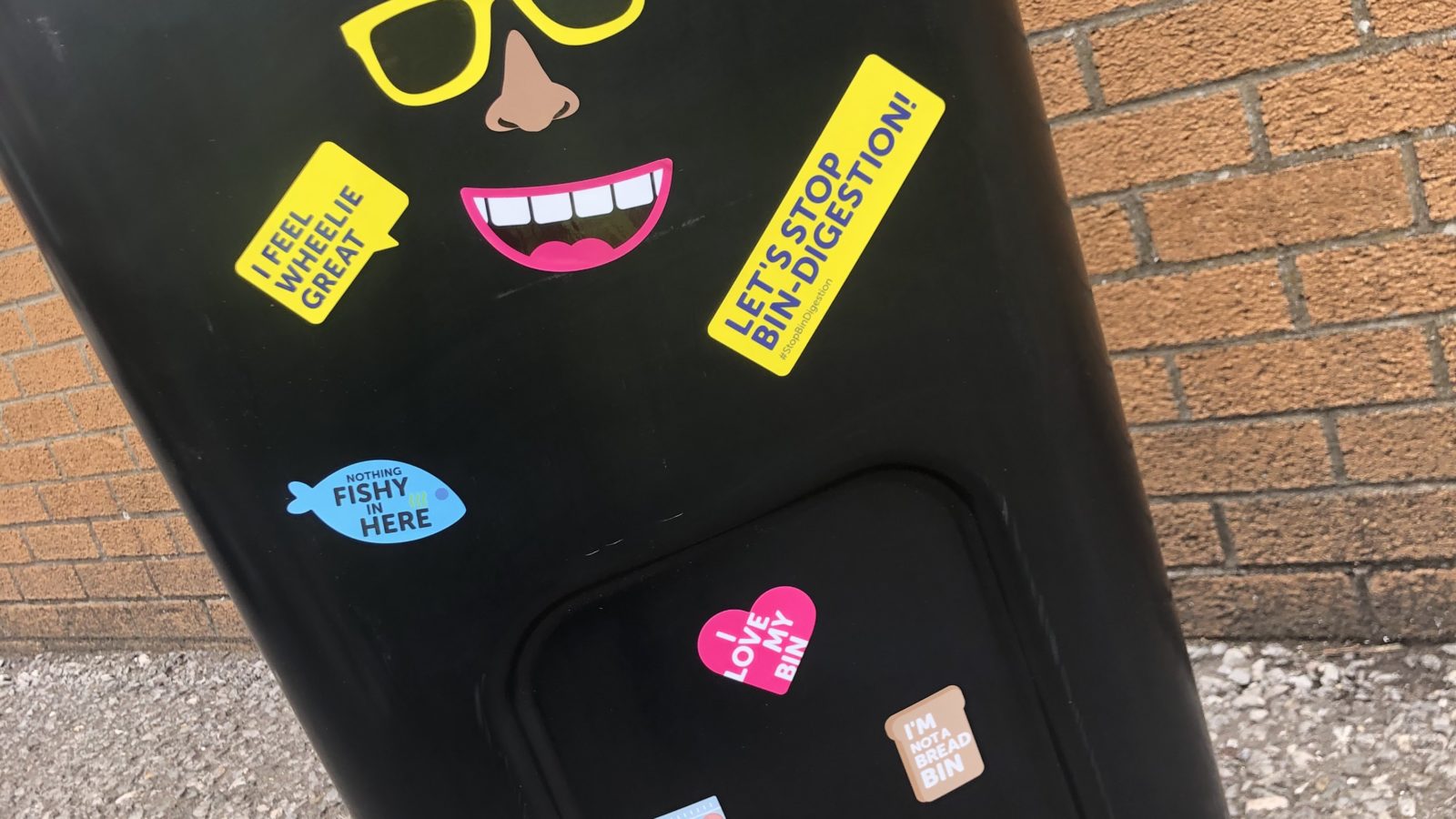 Better Business member Bristol Waste has launched a new campaign to tackle food waste in the city. ‘Stop Bin-digestion’ was created after it was revealed that the average Bristol household throws away a staggering seven hundred and thirty pounds of edible food every year.

The campaign designed to encourage households to think twice before throwing food in the black bin, will roll out to around one hundred thousand homes in Bristol. Households from across the city will receive a pack containing handy hints on how to avoid getting ‘bin-digestion’ – caused when food waste is put in the wheelie bin, and a set of fun stickers to remind them to show their bin some love.

It follows on from the incredible success for Slim My Waste, a citywide campaign which saw a massive twenty three percent increase in food waste collected.

Research carried out as part of the campaign also showed that just over twenty five percent of what is in the average Bristol wheelie bin is food waste. That adds up to twenty thousand tonnes each year – the same weight as five and half SS Great Britains! Three quarters of which is avoidable with proper planning, preparation and storage.

Residents are asked to remove any packaging from their food waste, before placing it in their brown food caddy. Everything from eggshells to teabags and raw meat can be put in the brown food bin. And as it is collected every week, it also helps prevent waste from smelling.

The food waste in is then sent to GENeco in Avonmouth where their state-of-the-art processor turns it in to energy and fertiliser, powering homes in Bristol and helping farmers grow crops for us to eat.

Gwen Frost, Head of Innovation & Sustainability at Bristol Waste said: “Following on from our award-winning Slim My Waste campaign we wanted to remind residents not to place any food into the general waste bin and to make sure they use their brown food caddies to ensure its recycled and stops #bindigestion. We know that the average bin in Bristol still contains more than twenty five percent of food waste. The Bin-Digestion campaign focuses on how to keep your bin happy and help to reduce unnecessary waste. Simply by planning your shop and meals you can reduce unnecessary food waste massively.”

“With lockdown restrictions, people are buying and cooking more food at home and we want them to start to re-evaluate their behaviours with food. We believe now is a good time for us to be thinking about how we buy, cook and dispose of unwanted and leftover food.”

A social media campaign will support the message and spread it citywide. Bristol Waste are encouraging residents to get involved by sharing photos of their decorated bins using #StopBinDigestion.