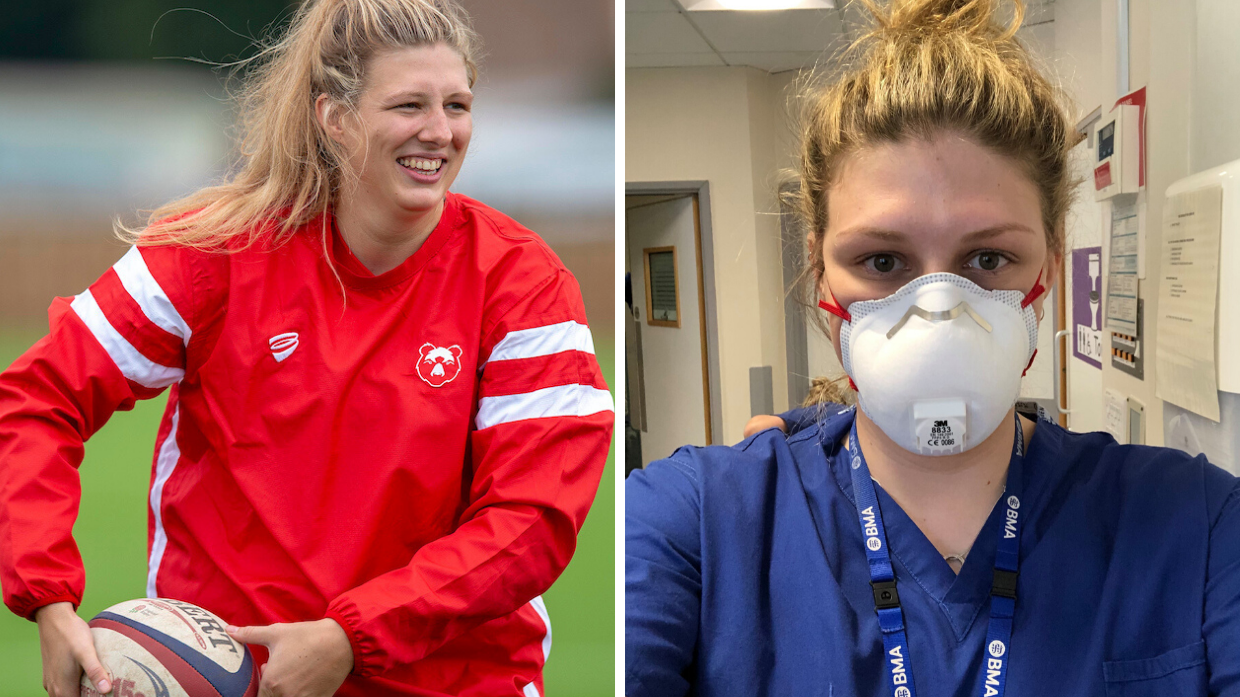 Bristol Bears Women player Clea Fawcett is also a doctor, who only eight months after qualifying has found herself on the front line of fighting the coronavirus pandemic.

The second row is is one of four Bears Women players who are also NHS workers alongside Simi Pam, Alice Middleton and Phoebe Beer.

Unlike their male counterparts, who have all taken a paycut while professional rugby has been suspended, Bears Women players are all amateurs.

Fawcett works in the emergency department at Yeovil District Hospital and says that playing rugby has helped her professional career.

“I know I couldn’t have reached this position today without rugby and without the teammates and coaches I’ve had over the years,” Fawcett told the Bristol Bears website.

“Rugby training/matches and the gym are normally my main outlets for a stressful day at work, and not having those has been a big change to get used to, but everyone at Bears, our friends, family and colleagues are all behind us 100 per cent of the way.”

“I’m coming home from each shift more exhausted than I used to be, despite not having seen as many patients,” Fawcett added.

“I think because the environment we’re working in is more intense and, it might sound silly, but wearing extra layers of PPE all day is pretty tiring in itself – imagine doing pre-season conditioning on a hot summer’s day in your skins.

“I honestly love my job though. I look forward to going in every day and having a part to play and I think we’ll all have learnt a lot from this.”