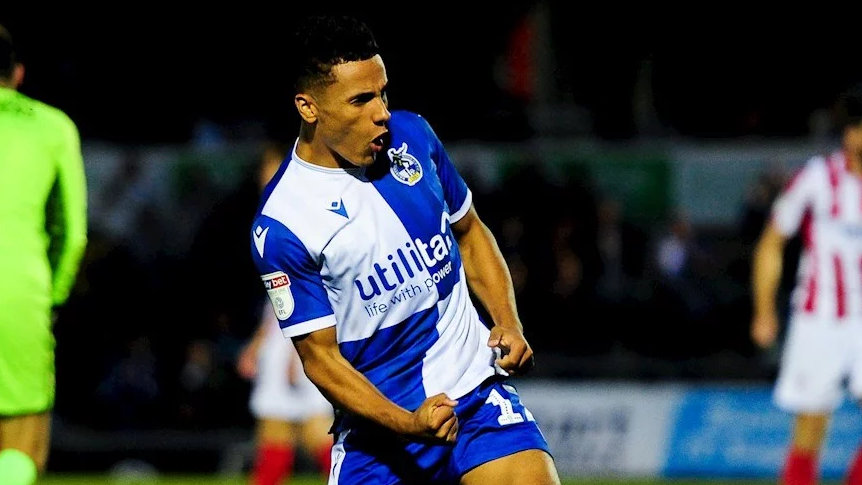 Tyler Smith kicked off his time at the Memorial Stadium in style, scoring two and assisting one as Bristol Rovers progressed to the second round of the Carabao Cup.

A standout performance from Tyler Smith lit up BS7 on the first midweek game of the season. His close-range finish in the first half was complemented by a superbly composed second half effort and a smart assist to find Jonson Clarke-Harris to lead Rovers to a 3-0 victory against Cheltenham Town.

Graham Coughlan’s side will now face Premier League outfit Brighton & Hove Albion in the second round.

Coughlan used this midweek window to rotate his squad, making five changes from the side that started against Wycombe Wanderers.

Alfie Kilgour was given his first start of the 2019/20 season in the centre of defence, while Josh Hare was allowed to kick on from his impressive showing on Saturday after he replaced Mark Little.

Captain Ollie Clarke said: “We knew that we were probably going to be up for a battle and they would try to crowd it out, but we managed to find some spaces and good holes…

“It’s good that we’re creating the chances for (Tyler Smith), he looks like a good finisher and hopefully he can go on and get many goals for us.”

Clarke added: “Everyone gets rewarded when we keep clean sheets, it’s a good feeling and it sets us in good stead.”

The captain said that it “will be good to test ourselves against good players in the Premiership”, with Brighton opening this campaign with a 3-0 win at Watford, last season’s FA Cup finalists.

Read more: Rovers’ return to the Mem blunted by Wycombe