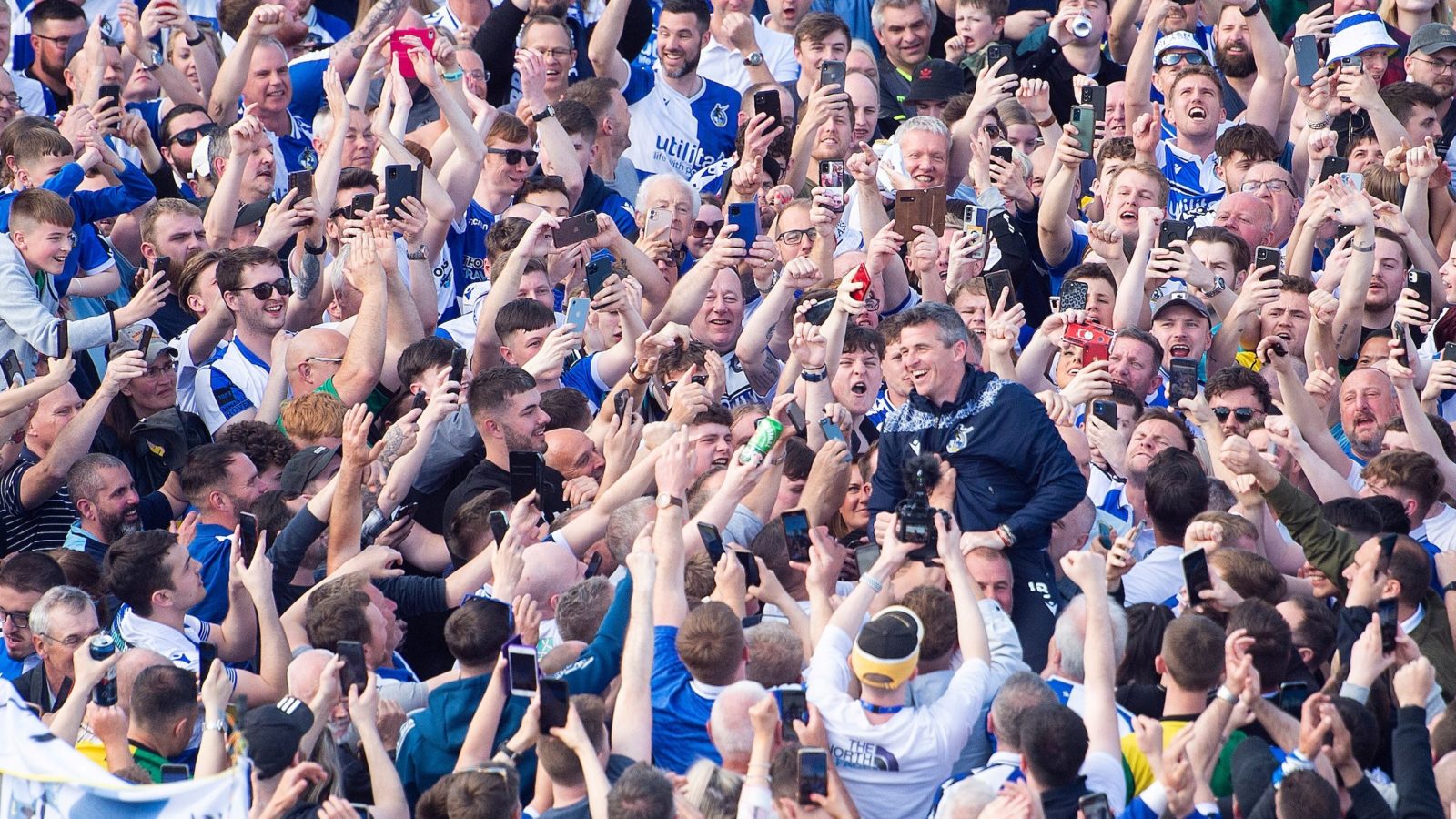 Joey Barton was held aloft by fans on the Memorial Stadium pitch under a fog of blue smoke from flares on a day which will go down in Bristol Rovers history.

Needing to win by five goals more than Northampton Town, they did just that, prompting jubilant scenes as a 7-0 victory saw them leapfrog the Cobblers into third place for the first time all season in the final minutes of the final day of the 2021/22 campaign.

The seventh goal prompted hundreds of supporters to run onto the pitch in celebration. Barton and club owner Wael al Qadi also went onto the pitch to ask fans to return to the stands.

The match recommenced and when the referee eventually blew his whistle, Rovers had secured automatic promotion to League One in the most extraordinary of circumstances thanks to goals scored by Connor Taylor, Aaron Collins, Anthony Evans and Elliot Anderson

Now fans could flood once again onto the pitch at the Mem in scenes they will be talking about for years to come.

Bristol Rovers score SEVEN goals for the first time since 1964 to secure promotion to League One 🤯pic.twitter.com/qHunY7yiHe 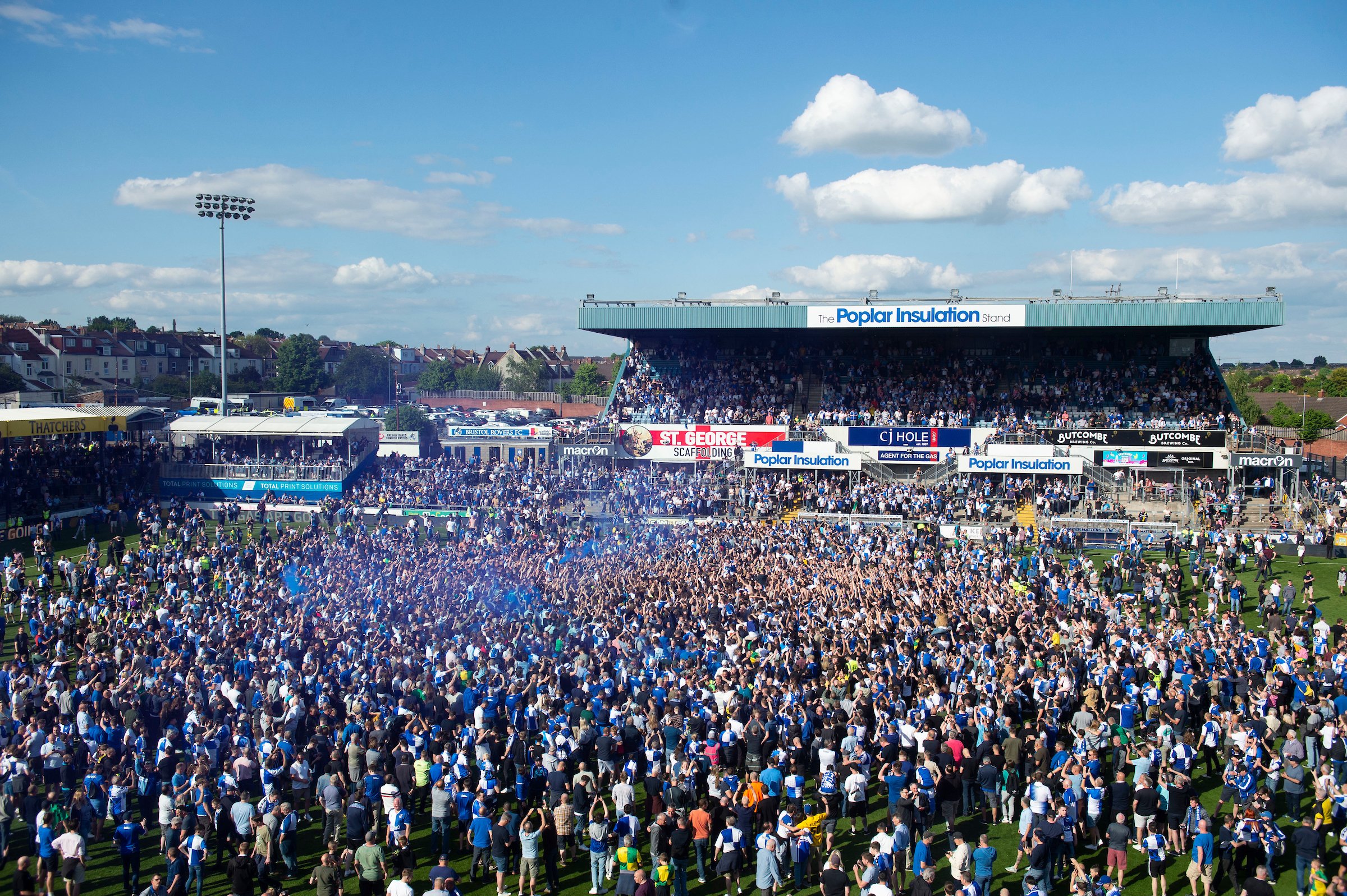 ⚽️💙 "It's what you play football for" 🆙#EFL | @Official_BRFC pic.twitter.com/Kjfy7na81J