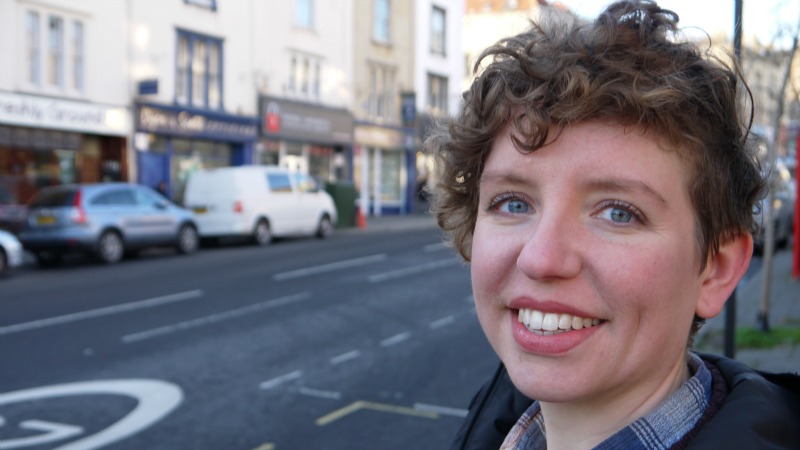 Last Wednesday I took 10 minutes out of my day to drop off a box of 50 white poppies in the shared kitchen on my office corridor, and send an email to the Bristol councillor mailing list to let everyone know they were there.

I didn’t think of this as a remotely revolutionary act; I first bought a box several years ago from the website of the Peace Pledge Union, and had been doing the same every November in my previous workplace.

I sell white poppies every year because there are not many places in Bristol you can get them, so rather than ordering just a single poppy for myself, I wanted to help other citizens get hold of one too.

The email I sent:

I have bought a box of white poppies for Remembrance Day. The box is in the kitchen on the Group Office corridor. If you’d like one, please help yourself, and pop 50p in the cup to help me cover costs. They are much more hard-wearing than the red ones, so look after yours well, and that 50p could last you for a decade.

About the white poppy: Around since 1933, many people choose to wear a white poppy either instead of or alongside a red poppy, not denigrate the deaths within the armed forces, but to also remember the civilian dead, and to challenge to the continuing drive to war.  For further info: http://www.ppu.org.uk/whitepoppy

No on-list replies please, I am endeavouring not to open a debate, just to let you know that they’re there if you want one.

I never imagined that my small well-meaning act would attract so much attention.

My carefully-worded attempt not to open a debate was unsuccessful. Within half an hour Peter Abraham (Conservative) had replied-all with an angry response, and before long others were wading in.

It is interesting however that there was only one person calling for them to be removed – Abraham. Other councillors across different political parties emailed or spoke to me privately to thank me for making them available, and even another Conservative who declined to buy one thanked me for the information.

Since the Bristol 24/7 article last Friday I’ve also been contacted by members of the public on email, Twitter and Facebook, thanking or congratulating me for standing up for peace.

@carla_denyer thanks so much for selling white poppies next to red ones in the council offices, proving why bristol is the right city for me

I consider Abraham’s request to be absurd coming from a Conservative councillor, who I would expect to be all for freedom of choice and an open market. I did not put the white poppies in a public space, make any statements on behalf of the council, nor tell anyone to wear one.

Nor did I say a word against the red poppies or the Royal British Legion. Yet he seems to think that he is entitled to control what I do in our shared work environment.

In a private email to me, Abraham repeated his objections and asked whether I had got permission. I replied,

I didn’t seek permission because I am not aware that any permission is required for temporarily putting a cardboard box on a shelf in a shared kitchen for the benefit of other councillors. If you don’t want a white poppy that is entirely fine with me, but some other councillors do want them.

[…] You are welcome to buy a box of red poppies and put them elsewhere though if you wish. Personally I hadn’t done this because they are widely available all over the city, whereas white poppies are harder to get hold of, so I aimed to help those who wanted one to get hold of one, that’s all.

I will not be withdrawing them.

The white poppy is a symbol of remembrance. It explicitly says “No more wars. No more killing. Let us work for peace”. It was introduced by the Women’s Cooperative Guild in 1933. Each year more and more people wear them.

The Royal British Legion says on its website: “We have no objection to white poppies, or any group expressing their views. We see no conflict in wearing the red poppy alongside the white poppy. We do ask that the items are not offered alongside each other however as this would confuse the public.”

Some people, like me, wear both poppies – one to help those who have been affected by war (British Legion – red poppy) and one to actively build peace as an alternative to war (Peace Pledge Union – white poppy).

However, I do not agree with the last group. In fact, I wear the white poppy partly to contest the militarism that often surrounds the red poppy campaign. It is so ubiquitous as to be hard to notice sometimes, but some stark examples include:

I know that Remembrance is an emotional subject for many, so I shouldn’t be surprised by the dramatic response that my small act provoked. The question I think it is important to ask, though, is which is really an affront? Campaigning for peace? Or continuing to send people to war?

Whilst Conservatives like Peter Abraham play politics over which poppy we should wear, the Conservative Government continues to cut services, leaving many ex-service personnel homeless, traumatised – or both.